12 emerging artists you need to hear this May | DJMagAdmin.com Skip to main content

12 emerging artists you need to hear this May

12 emerging artists you need to hear this May

The latest and greatest DJs and producers rising to the top this month. From high-octane footwork, frenetic techno and fiery house to radiant bass here's May 2019's list of upcoming talent you should be keeping track of... 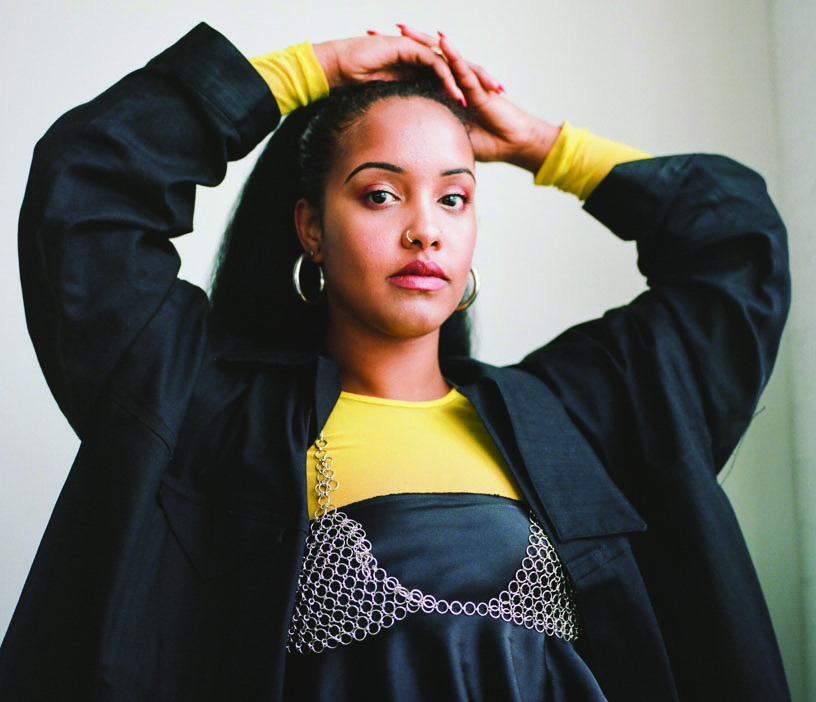 Fauzia Habib is one of the many talents unearthed by NTS who is now going on to make a mark on her own terms. The Londoner’s music draws on US juke and footwork as well as her hometown’s jungle, bass and broken beats. It’s a high-octane, high-impact fare that hovers around the 160bpm mark, and in conjunction with her own party, SHOOK, is helping to revitalise the cross-genre club scene through those faster tempos.

Fauzia has also recently linked with Sherelle, L U C Y, Jossy Mitsu, Yazzus and Dobby to form a supergroup called 6 Figures Gang. The focus is on all forms of bass, grime, gqom, 160 beats and whatever else rattles ribs and makes you want to move. They have already guested on Rinse FM and will make their live debut at SHOOK. Exciting, energetic and infectious, Fauzia is quickly become a real authority on all things fast and furious, and for good reason. 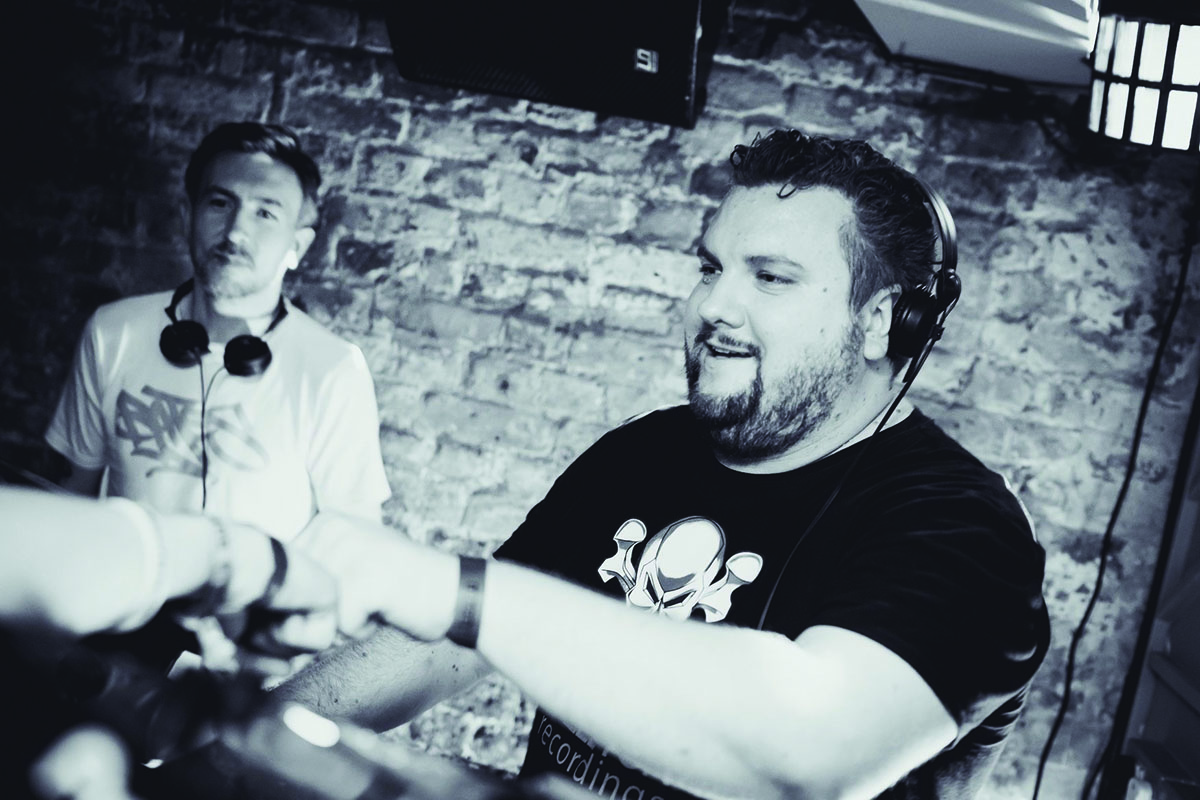 Sicknote is the solo DJ project of Lewis Joyce, who has stepped out of the shadows of the G.H.O.S.T collective and really made his mark. A meticulous drum & bass craftsmen, he has on going collabs with Dissect, Justice, Escher and Sweetpea and explores the tougher and more direct end of the jungle spectrum. His razor-sharp synths light up his rugged drum programming and 2019 brings with it plenty more of the same on Detrimental Audio and his own co-run Paws Recordings.

Teenage years saw Joyce move from Essex to Bournemouth and his music bares out that mix of influences: there are the brash hardcore and rave sounds of bands like The Prodigy mixed in with the silkier future rhythms of Fabio & Grooverider. These days, his taste is not limited to drum & bass as he has also amassed a fine techno collection and continues to be a soul lover, all of which informs his well crafted DJ sets. 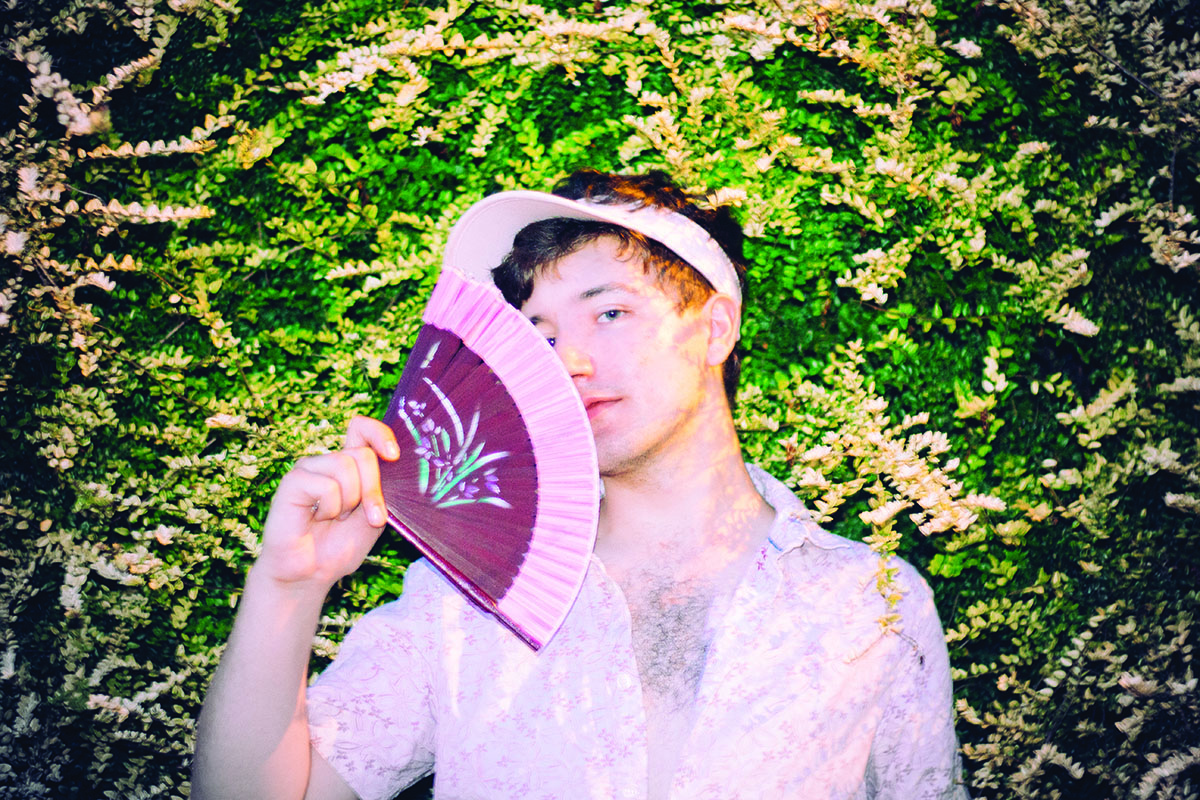 Leeds has long been known as party city, but often lags behind the pack when it comes to turning out proven producers — Midland and Paul Woolford aside. 2019 has put a new name on the horizon, though, in the form of Chekov. Real name Laurence Huntington, this youngster has made a number of noteworthy appearances on labels like Shanti Celeste’s Peach Discs and the emerging Cong Burn.

His slow, sludgy, trippy electronics don’t easily fit in any box, and conjure up weird feelings not normally associated with the dancefloor. Cult German DJ Lena Willikens gave him a deserved step up by including one of his tracks on her Dekmantel compilation early last year, and he followed it up with low-key groovers like ‘Spring’ and the 110bpm banger that was ‘Bierce.’ Expect more big things as the year progresses. 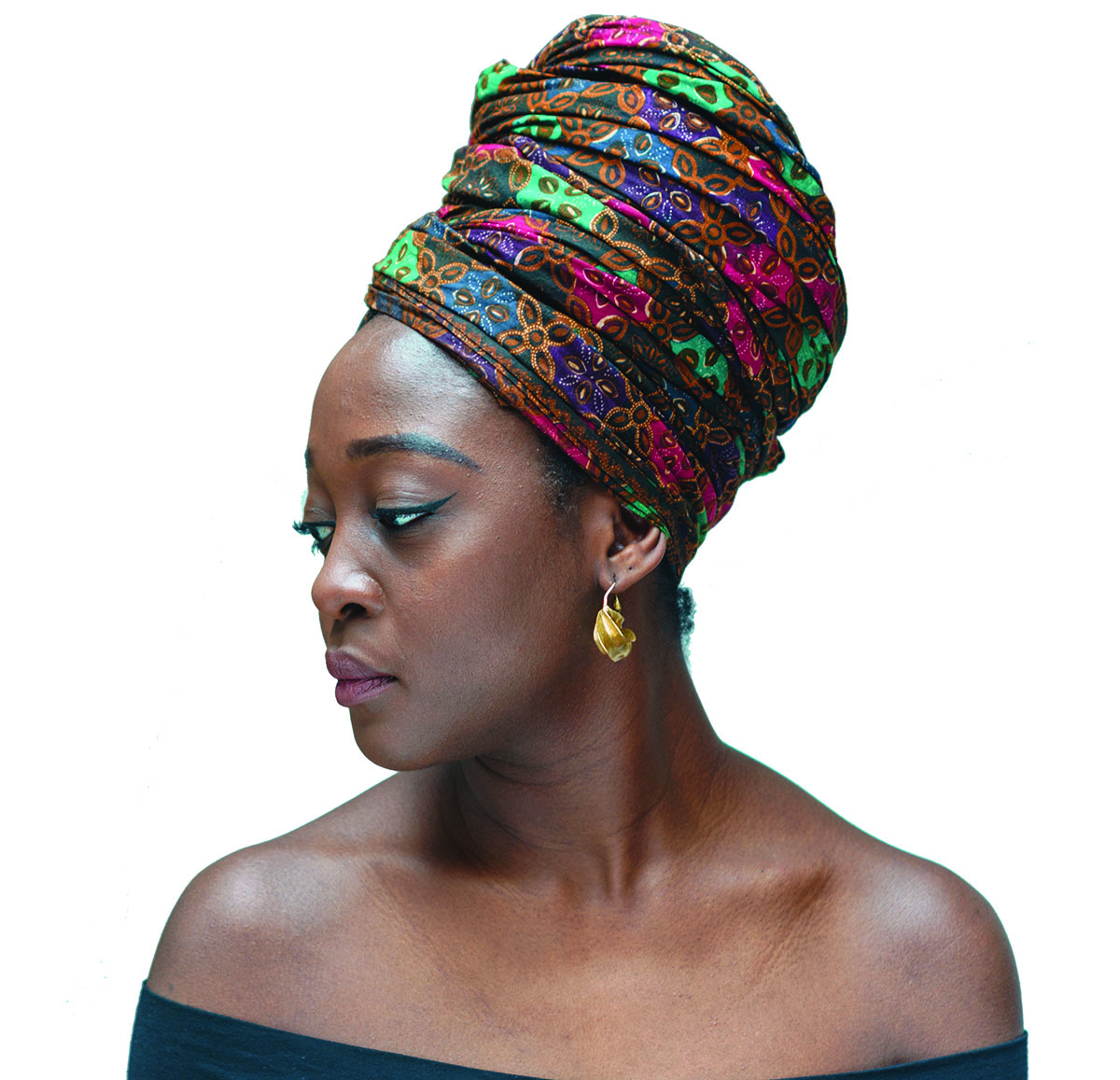 Jazz is well and truly back in vogue, and Cassie Kinoshi has long been helping make that so. She has worked with various outfits in the past, but since 2016 the Trinity Laban Conservatoire of Music & Dance graduate has led her own all-London SEED collective. Anchored around her own composition, arranging and alto sax, the group released their debut album in February and it was a fusion of the highest order.

Inner-city lyrical realness, African and Caribbean rhythms, soaring freeform instrumentals and more tender, soul-licked pieces of introspection make it a complete and comprehensive listen that lays out Kinoshi’s skills for all to hear. This former BBC Young Composer of the Year nominee says SEED is “my way of celebrating the vibrant and distinctive diversity that has significantly influenced what British culture has become over the centuries”, and we couldn’t be bigger fans. 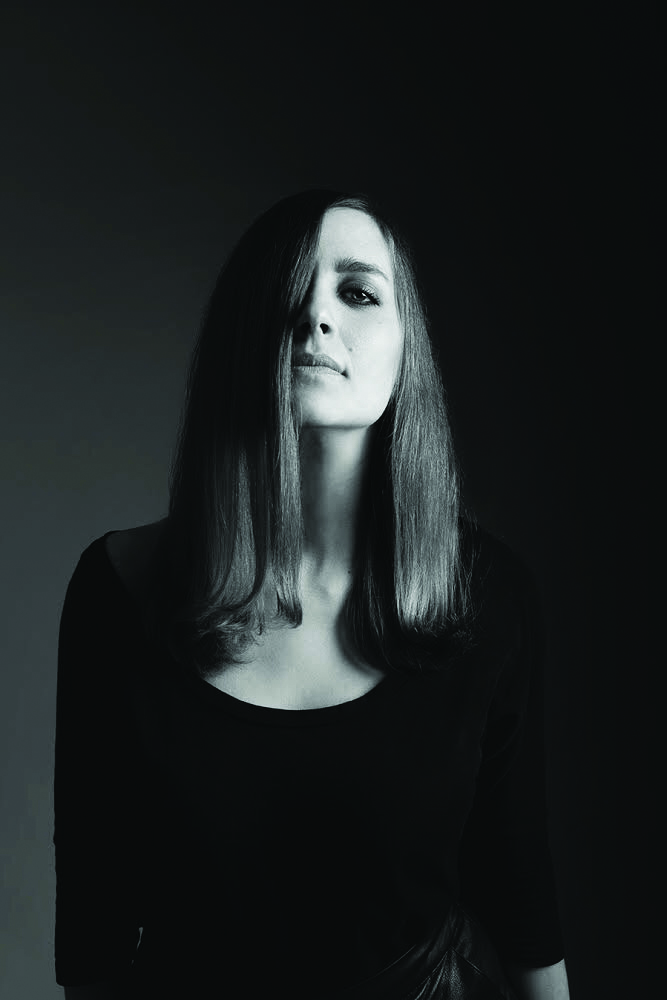 Something is happening in the depths of Tresor, Berlin. Nestled in the metallic cage which encases the DJ booth in the long-standing institution, Tresor resident Magda El Bayoumi is leaving her own stamp on the German club, bouncing between hard-as-nails techno and scuzzy electro 'til the early hours. Magda is of Polish and Egyptian descent and has a well-tuned ear thanks to her history playing piano, which later evolved into a fascination with mixing vinyl. Taking the plunge with a move from Chicago to Berlin to pursue her true passion, Magda believes in one thing only: quality. Reflecting this approach in each of her sets, it’s clear why Magda has earned a residency in such an iconic venue. Having played multiple warm-up and closing slots, swiftly adapting to any given situation, rest assured that the sound of Tresor remains in very capable hands. 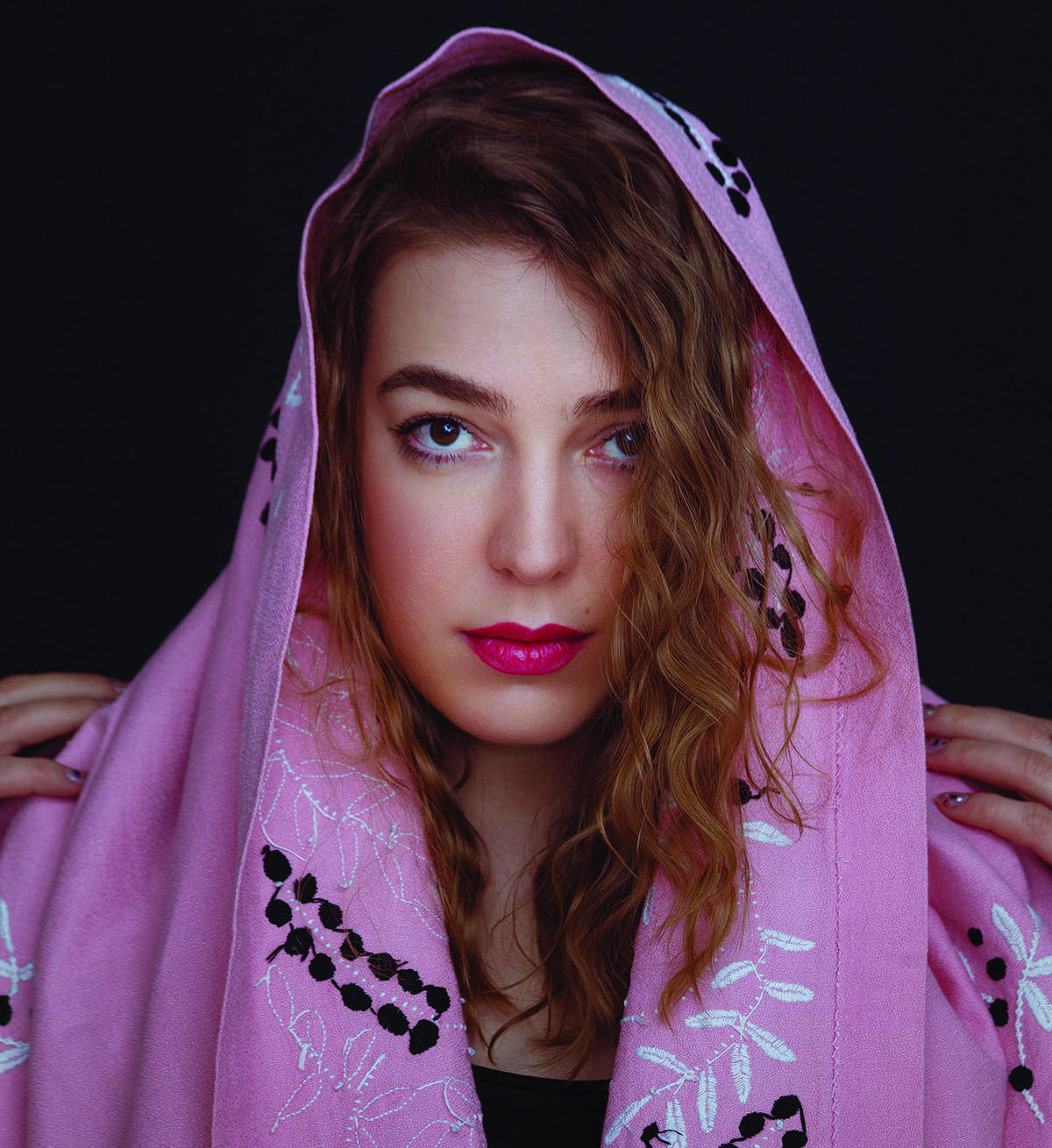 Bulgarian-born Katerina is far from a newcomer. In her hometown of Helsinki, she’s long been praised as an intrinsic part of the electronic music scene that’s developed there. Through over a decade in promotion, she’s helped raise local clubs like Kaiku and the now globally renowned Flow Festival into what they are today. These days, it’s her wide-ranging DJ sets that have gained her rightful recognition, while her productions have found a befitting home on the renowned Cómeme label. She’s just launched her own label, Émotsiya! — which shares a name with her longstanding Cómeme Radio show — the first release being a six-track compilation of emerging artists and close friends. Her own productions resonate a deep and knowledgeable understanding of electronic music, and her next project will be an EP on Joakim’s Tigersushi, followed by an eagerly awaited album at the end of the year. 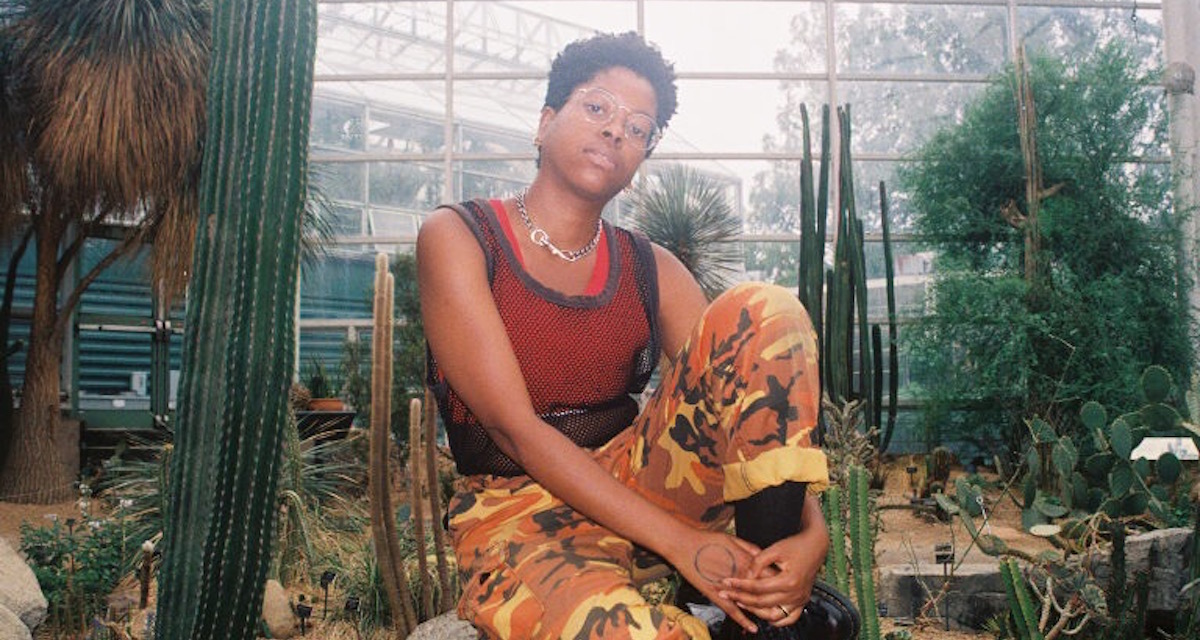 Shyboi’s arbitrary and perplexing DJ sets are not for the faint-hearted. Whether she’s racing through dancehall or unleashing electro alongside DJ Stingray, you can expect to be kept raving all night to her thunderous club workouts. The Jamaican-born multidisciplinary DJ and producer is a central member of Brooklyn’s ambitious Discwoman collective of selectors. Previously, she lit up the New York club scene as a former member of confrontational, queer DJ collective KUNQ, where she developed an eclectic, irreverent music policy. Her open- mindedness and extensive stylistic range has resulted in an ability to cause sonic disruption on any dancefloor. 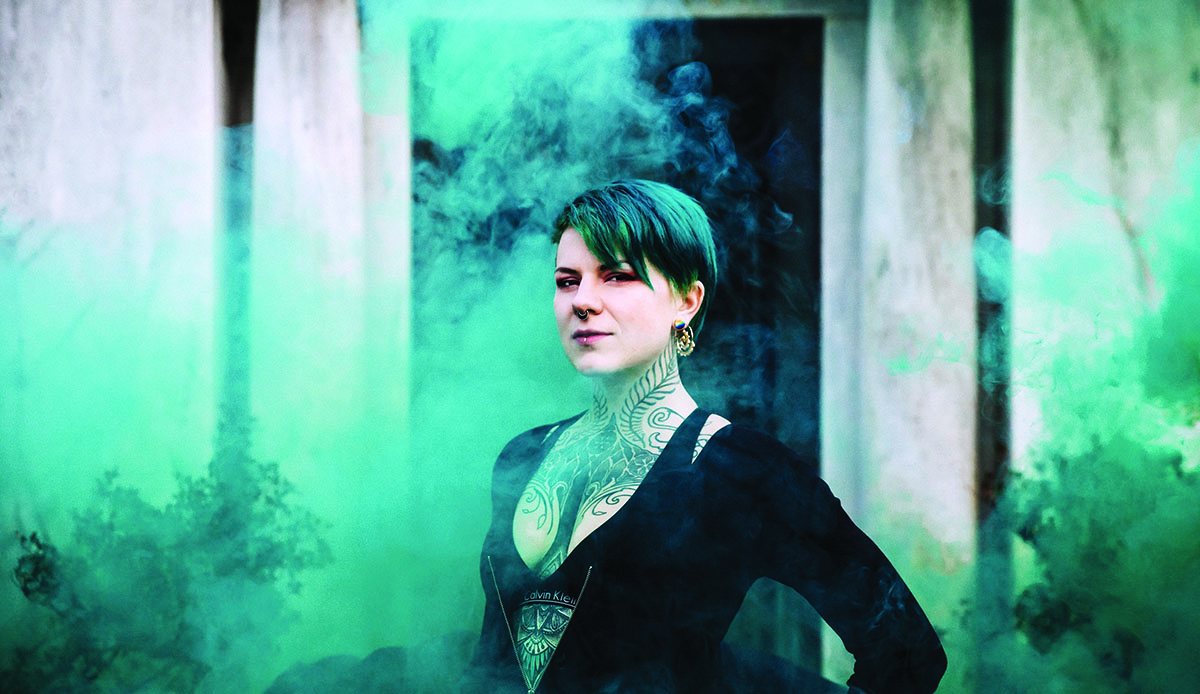 Beat Kitty was dropping booty bouncing trap and bass music when she  rst piqued our interest during the wee hours of the morning at Mysteryland 2015. Since then, she’s begun producing her own tracks, including her debut on NYC Bass Collective, ‘That Beat’, and her latest release, ‘Mangala’, on The Gradient Perspective. Her productions and mixes showcase an upbeat yet dirty style, infused with tribal elements and heavy basslines. An advocate for helping more women get started in dance music, she hosts BASSics DJ 101 lessons for “all femme and female-identifying beings.” With an EP in the works and line-up appearances from Brooklyn to Bamboo Bass Festival in Costa Rica, Beat Kitty is one to keep on the radar. 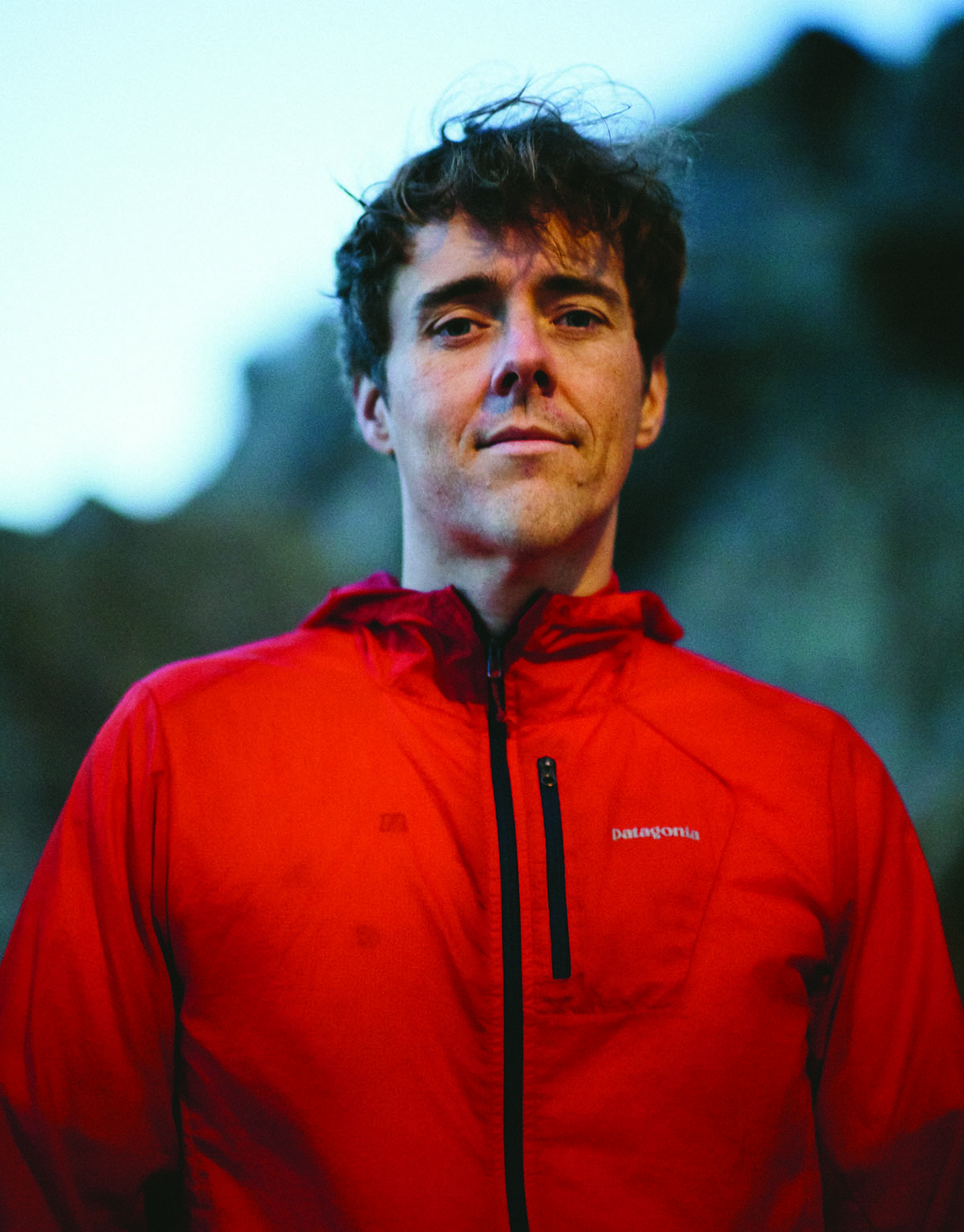 Taraval is the alias of Caribou guitarist and synth player, Ryan Smith, whose talent as a musician spills over into his obvious abilities as both a DJ and producer. Since his debut release, ‘Streetways’, on Four Tet’s Text Records, he has released two more EPs on the iconic label, and another on Hypercolour, combining dissonant house grooves, and sample- heavy techno cuts with acid licks. In between, he collaborated with Greenspan to showcase another experimental side to his sound, through raw synthesizer music. As a DJ, he developed his craft of shocking audiences with unpredictable sets across dancefloors in San Francisco and was quickly invited to grace the decks at clubs across the world, such as London’s Printworks. 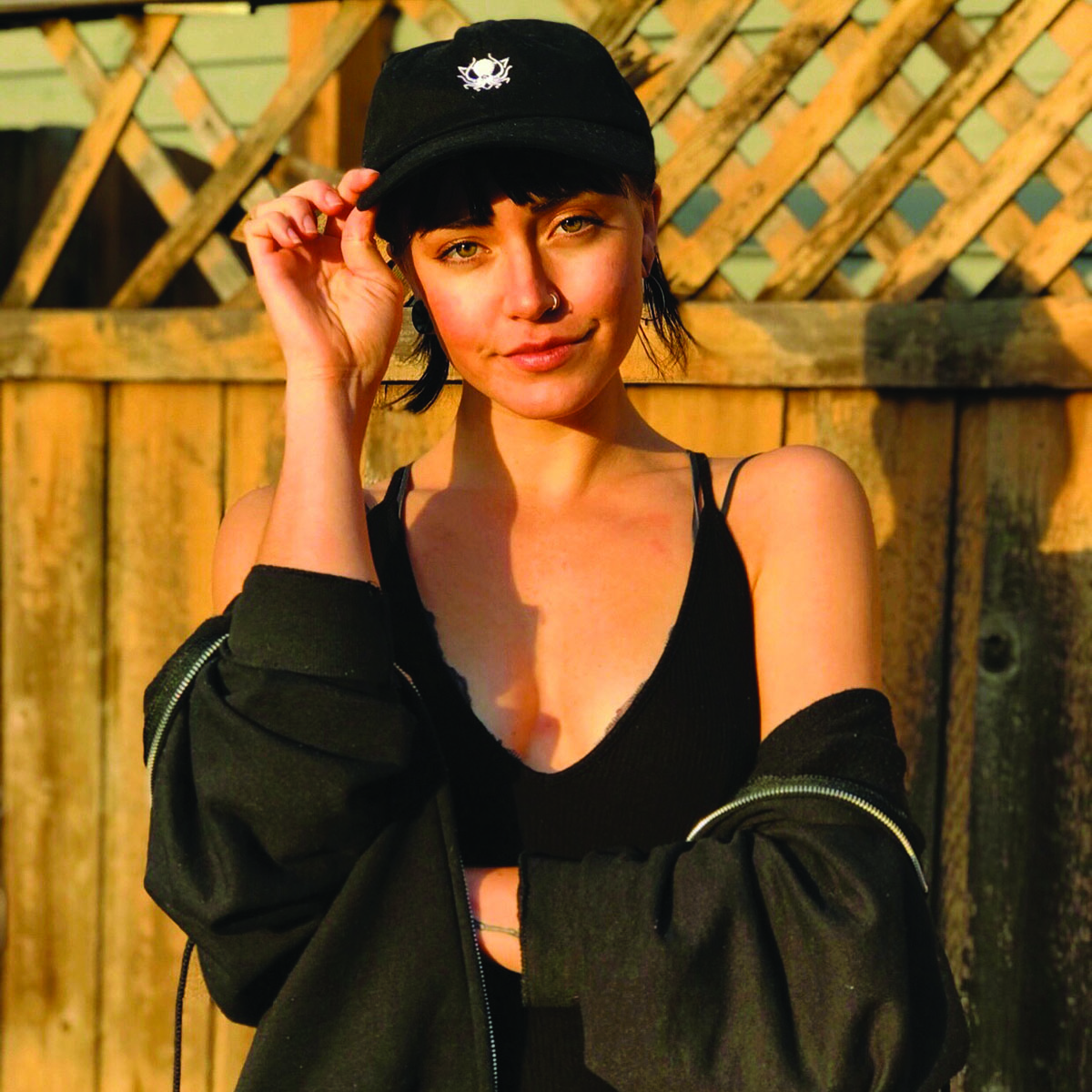 Ascending from the depths of the bass music scene, Khiva has taken a coveted seat at the Deep, Dark & Dangerous table alongside label heads Truth. And she’s done it all in the blink of an eye. Just two years ago, she was an unknown, but after releasing an EP, ‘In The Quiet’ and two singles, ‘Aphrodite’ and ‘Fresh Cut Love’, she’s now playing festivals around the world, such as Shambhala in Canada and Outlook in Croatia. Khiva attributes her passion for exploring new ideas — musically and spiritually — to her nomadic lifestyle. Her gritty, heavy, dreamstep sounds immerse her listeners in abstract, low-pitch soundscapes that stretch bass beats to new lengths. 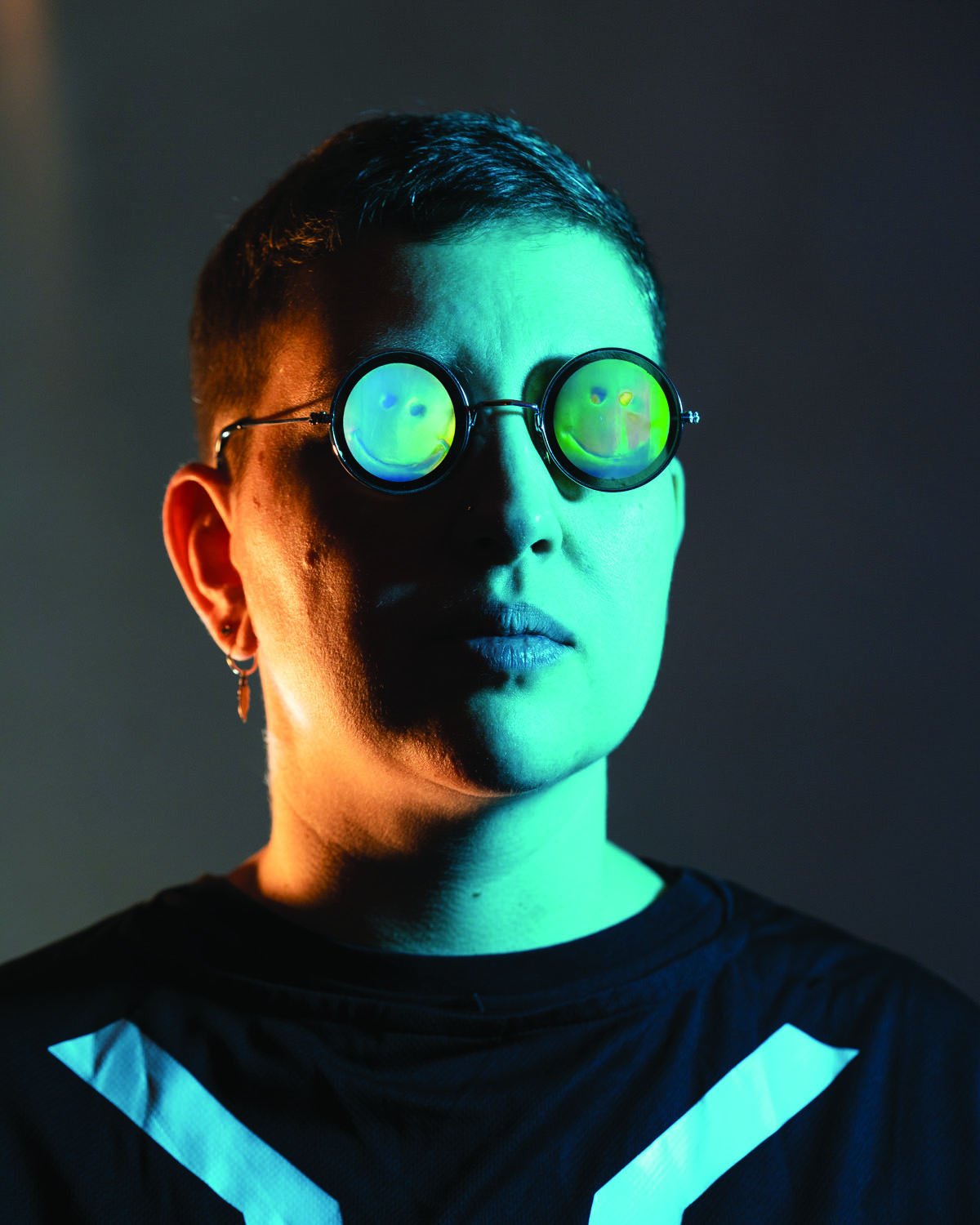 Born in Kiev, Ukraine, Alinka has music in her blood. Raised by a pianist mother before immigrating to the US as a refugee, she now resides in Berlin, but remains a stalwart supporter of the Chicago sound she grew up with. Stellar productions on her own Twirl! Recordings, as well as labels like Jackathon Jams, and Classic Music Company, have earned Alinka praise from DJs like Heidi, Maya Jane Coles, Ellen Allien and Maceo Plex, who’s invited her to play his Ellum show in Barcelona this June.

Known as a DJ’s DJ, her fiery house sets have also taken her to clubs like Panorama Bar in Berlin, London’s Printworks, and the legendary Concrete in Paris. She’s one of a kind, and just getting started. 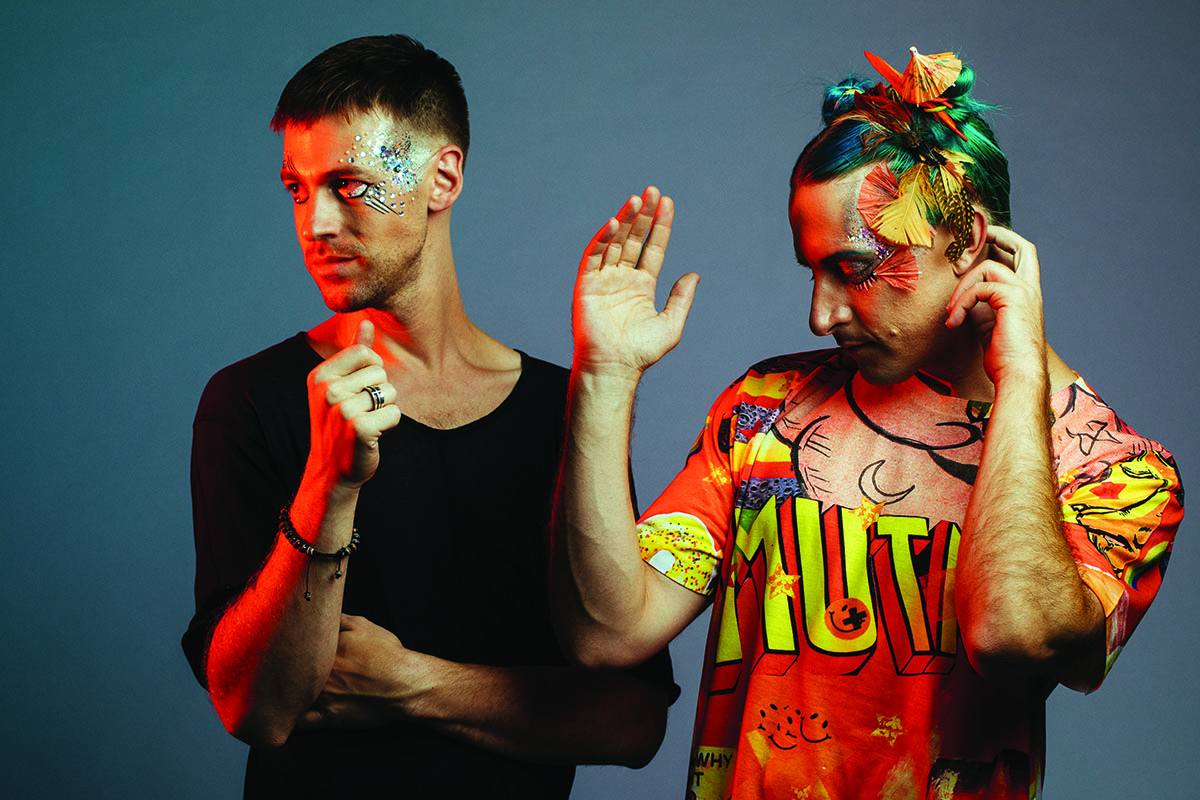 Turning analog drum machines, synthesizers and live vocals into dreamy progressive soundscapes, Los Angeles-based Dance Spirit have been captivating audiences since 2011. After releasing on Audio y’s Supernature in 2013, they went on to sign tracks with labels like Get Physical Music, Crosstown Rebels and Bedrock — John Digweed’s imprint, which released 2017’s ‘Thoughts Like Stars’ EP.

Their original live shows have taken them to clubs such as Fabric in London, Katerblau in Berlin and Miami’s Do Not Sit On The Furniture, as well as festivals like Coachella, Lightning In A Bottle and Burning Man. This year they’re launching their own Communion imprint, have dropped a remix on Akbal Music in April, and will feature on Art of Life’s new compilation on Kindish.