Blond:ish: "Ibiza has such an impact throughout the world of music" | DJMagAdmin.com Skip to main content

Blond:ish: "Ibiza has such an impact throughout the world of music"

Blond:ish: "Ibiza has such an impact throughout the world of music"

After a chance meeting at Miami Winter Music Conference (WMC) in 2007, Blond:ish was born. But the seeds of their love of DJing and electronic music were sewn separately after unforgettable experiences of the White Isle. Now they’re island regulars, floating between clubbing, cultural and clean-up spots where the island’s sustainability is an on-going and important topic. We caught up with Vivie-Ann and Anstascia, aka Blond:ish, in the grounds of the remarkable La Granja farmhouse to find out about their Ibiza story, the island’s hidden gems and why this season will be “the best one ever”. Catch them at Black Coffee’s Hï residency on Saturday September 15th...

What were your first experiences of Ibiza?
Vivie-Ann: “I first came here in 2006. I was living in Rome, so it was more natural to come to Ibiza than when I was DJing in Montreal. That’s when I first started coming to Circo Loco — Richie, Sven, Ricardo and Luciano were really big and they were always doing after-parties, and because I was a raver I was always there. I started playing here around the same time at a place called Penelo- pe’s. Some guys who owned Stereo in Montreal got half-a-million dollars from a rich woman and they wanted to throw a party in Ibiza. They spent it all in a month, but I was still the resident. It was across the street from Pacha, which I think is now Heart. Back then, it was known as a cursed place and there was all these different stories about what happened there in the past.

“There was a bit of a gap then, until me and An- stascia started playing here about five years ago. We got our first CircoLoco bookings last year and that was as you can imagine. If you’ve been going to CircoLoco for 10 years, you’ve been through a lot of the evolution of the place, and musically. I remember Dyed [Soundorom] from Apollonia playing ‘Where Are You Now?’ by Andre Lodemann and the plane would go by. You have a whole bank of music that you’ve saved up thinking, ‘When I play here I’m going to play this’ — so we gave it our all.”

Anstascia: “I have some great memories here too. We played at Beachouse a few Saturdays ago and I had a really bizarre flashback of my first time here in 2006 or 2007. I was sitting with my friend and we didn’t really know where to go. We felt on top of life and were so excited. There was this guy DJing in Playa d’En Bossa and nobody knew who he was — just a local guy — but I knew every single song and it was that exact moment that I knew I wanted to become a DJ.” 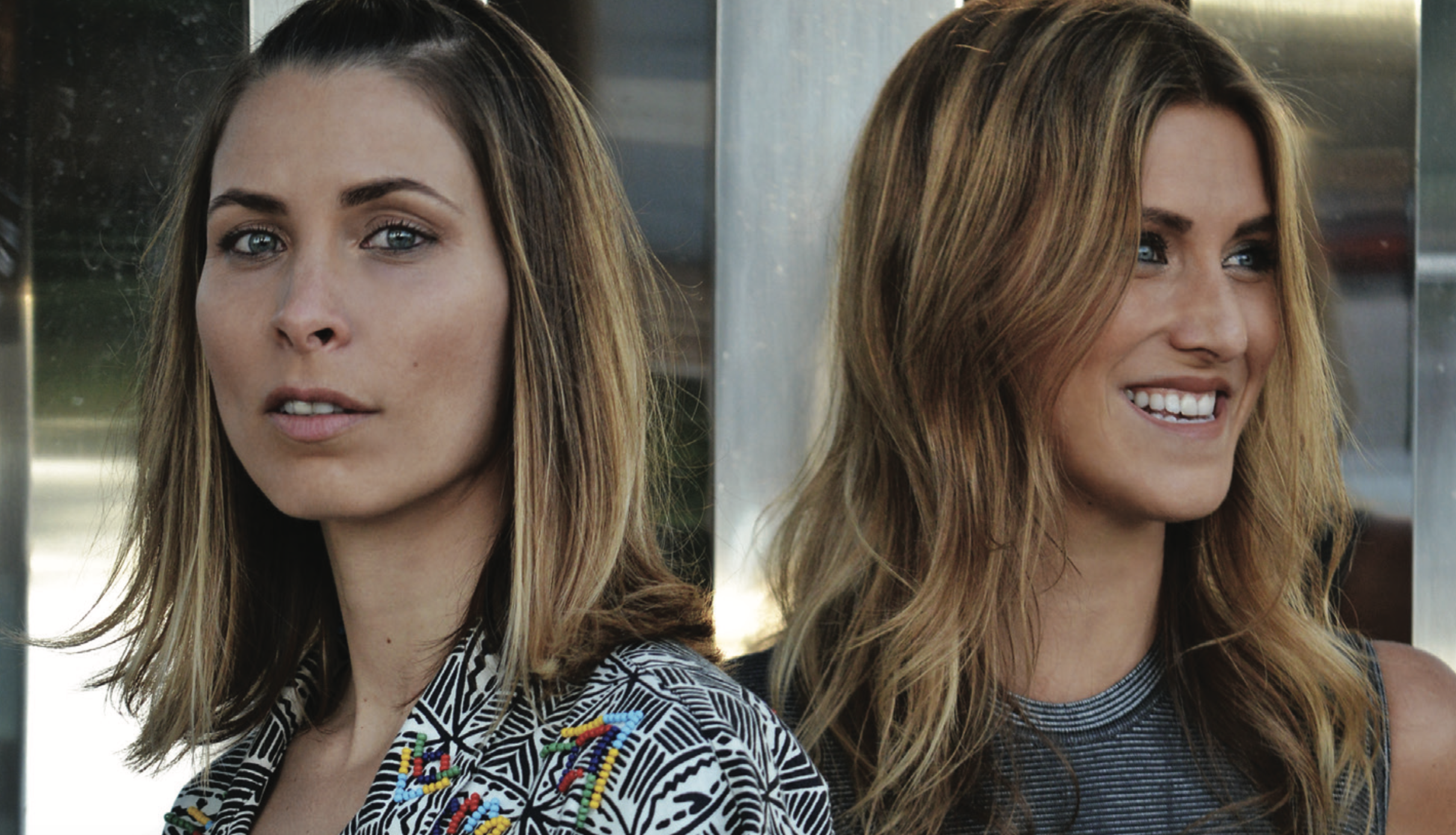 So the island obviously played a big role in your developments as DJs — both separately and together. What is it about the island that brings people together musically and influences them?
V: “You feel it — it’s a feeling. It’s the same reason we gravitate towards Tulum. There’s an en- ergetic vortex, and it can go either way — there’s so many stories of people coming here and maybe not having the right energy — it can spit you out.”
A: “And then it can go the other way and it draws you in, and you get stuck here and you never wanna leave.”
V: “There are so many aspects to Ibiza — there are the people that never leave, the ones that get spat out by the island and the ones that have an amazing time and come back every summer for 20 years. And of course, for DJs it’s an incubator.”
A: “There’s so much more to the island than people realise, too — some people anyway. They don’t realise the amazing places the island has to offer. Places like this [La Granja], the organic farming, the local culture, the hippy vibe, the yoga festivals, nature, hiking, beaches — there’s so much this island has to offer. I think it’s one of the most magical places on earth.”

Where would you recommend to newcomers to the island, outside of the clubs?
A: “Here at La Granja, for one — it’s incredible. We really love Wild Beets — it’s an amazing gluten-free, vegan restaurant. I love driving around the north of the island — it’s so beautiful, you can see the landscapes. And, of course, the beaches — Sunset Ashram is very popular to grab cocktails, though it gets very busy in the summer. Atlantis is an amazing hike to do, Atzaro has a really nice spa and they do nice events.”

How have you seen the island change musically and culturally since you first started coming here?
A: “Well, we’ve changed. So we see the change in the island in a positive way. These types of places [La Granja] didn’t exist before for us. We were more into going to Space and going to DC-10 and raving. Now we’re more into seeing the beauty of the island.”
V: “There are a lot of amazing initiatives here on the island that we’re just learning about. Plastic Awareness Ibiza is a great one, and there’s about six different clean-ups that go around cleaning beaches and oceans. There’s a bunch of nets that are stuck at the bottom of the sea around Ibiza, so that’s another issue that needs attention. Ecovissa have brought their bamboo straws here — so sustainable initiatives are being put in mo- tion. What’s incredible is that every DJ who comes here in the summer has a community and every DJ has a voice and wants to help. I saw H.O.S.H. on a plane to Miami last week and he was saying ‘I’m doing a clean-up!’ There’s this guy Dylan Blue who does clean-ups all the time, and although he doesn’t have a huge voice per se, all the DJs are partnering together and instead of coming here to just rave, there’s a bit more to offer around the music.” 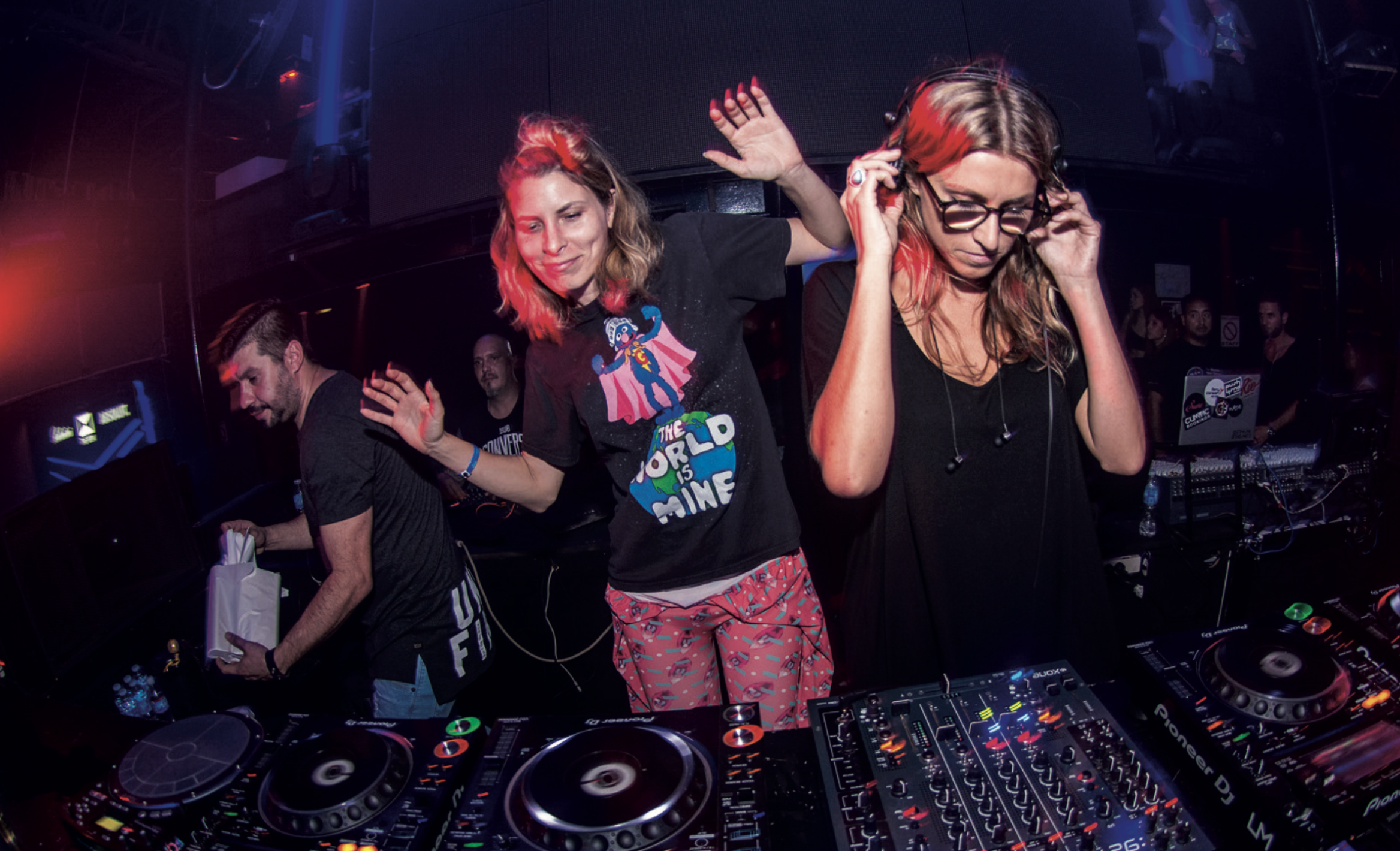 Some newcomers to Ibiza may just see it as a holiday destination, and are maybe a bit more dismissive about the long-term future of the island...
V: “For sure, a lot of people are like that. When people are just travelling for a week and they only have a thousand pounds or whatever, they’re in a different mindset — a different layer. We’re coming here every week and we’re at a time in our lives where we can actually make a difference and we have a voice. Everyone wants to be a part of something.”
A: “Ibiza has such an impact throughout the world of music, and it’s all about trends here. Everyone wants to be part of the newest thing, so if we can start giving back and focus on the green movement, that’s something really cool. When we first started coming here, none of this stuff was being talked about. We’re seeing Ibiza in a different light.”
V: “Also, the quality of the parties has changed. It was amazing in the mid-to-late-2000s and then it changed for a while — maybe because of the EDM vibe that we never really got into. But things need to change for it to go back. I really feel like this summer is gonna be one of the best summers ever in Ibiza.”

Where are you most looking forward to playing this summer?
A: “All the amazing parties we’ve been booked for. We’re residents at WooMooN this summer and they have a new concept for their shows, which will be exciting to see. We’re also doing Hï with Black Coffee, which is amazing, and CircoLoco where we’re playing three times, which will be more of a rave! We’re in for the long haul with that one.”
V: “I’m excited to bridge the gap between these different communities. CircoLoco is its own thing, Black Coffee is doing a completely different thing at Hï, and WooMooN is also its own animal — and we’re really excited to start overlapping some of these places. WooMooN can learn musically from CircoLoco and CircoLoco can learn from WooMooN in terms of values and ethos to make the island all as one again.”

Want more? Read our UK July cover feature with the one and only Sasha.