Announced in January this year, the Invites tour will stop in 12 cities in 30 days, including three festival stops, with Coxy performing at EDC Mexico, San Diego's CRSSD, and Ultra Miami, where the much-loved DJ also hosts his recently adapted Resistance stage for a techno takeover.

The Avant Gardner takeover will happen on Saturday 28th March, running from 9PM until Sunday 29th March at 4:30AM. As well as a B2B with Carl Cox and Nicole Moudaber, Ellum Audio affiliate Avision will perform at the marathon, alongside Dubfire and Seth Troxler. Josh Wink and Matador are also billed for the party, as well as Hannah Wants and Sam Paganini.

Check out the full line-up below, and read about the rest of the Carl Cox: Invites events here. 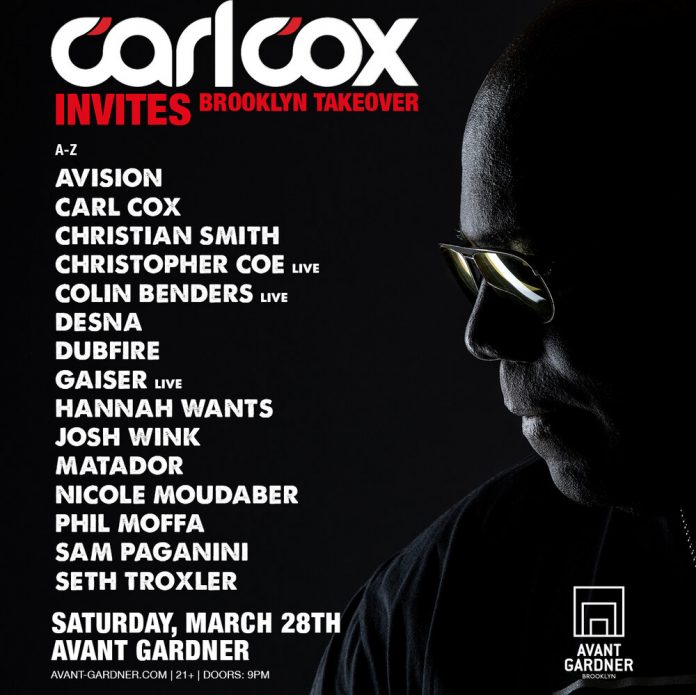