Speaking about his classic house set at 51st State, Cox said, "I cannot wait to play the festival. I will be playing the very best in old school house and taking it way back to the days. Don't miss it, it's going to be awesome. Oh yes!”

Cox also recently revealed an all-night long set at Pacha Ibiza this summer, as well as the best music to play to annoy your neighbours. 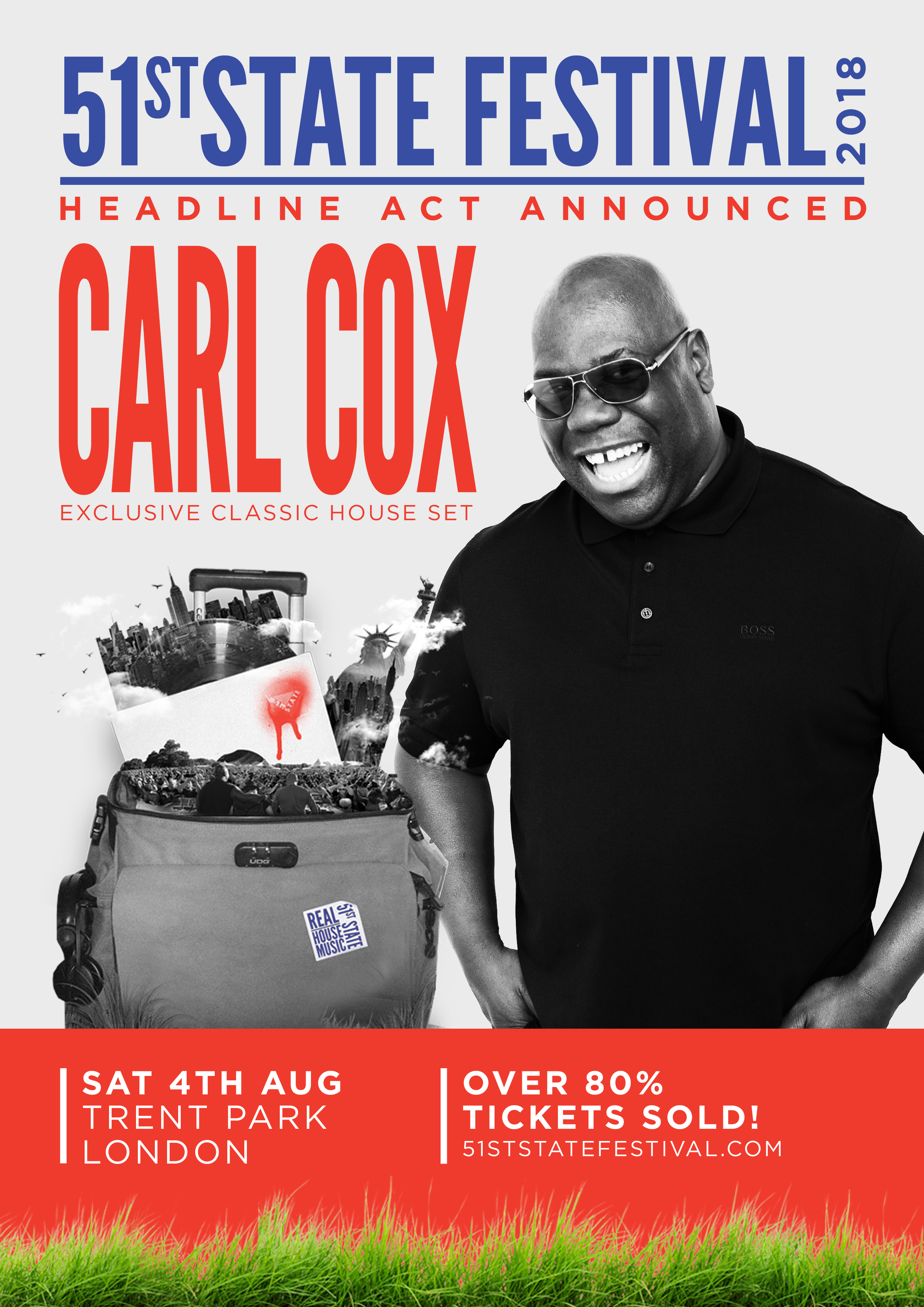