Cheeky Bubblers: Six acts you need to hear this November

Cheeky Bubblers: Six acts you need to hear this November

The latest and greatest DJs and producers rising to the top this month. From explorative ambience and EBM to juke and techno, here's November’s list of next-gen talent you need to know... 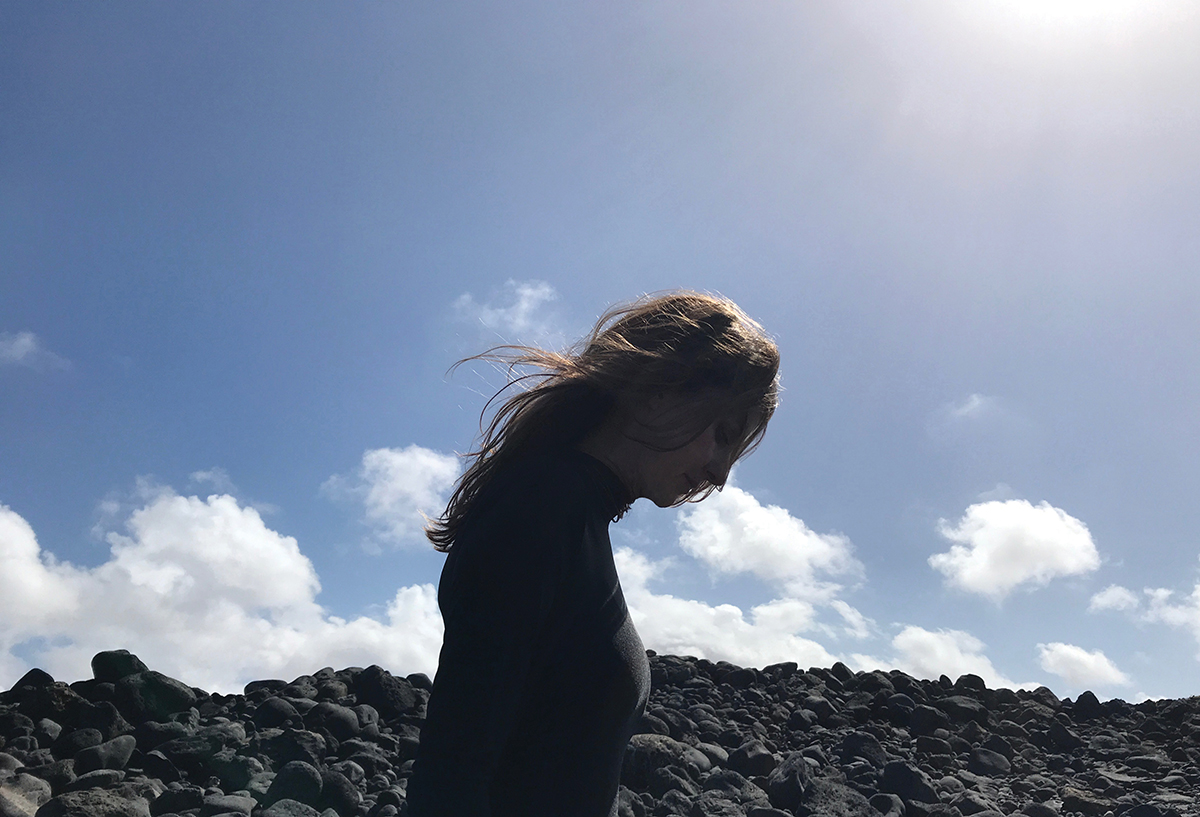 Australian-born, London-based artist Penelope Trappes has deconstructed emotions to inspire her work. Witnessing grief, irreversible loss and studying the theology of death have been some of the experiences that led to ‘Penelope Two’, her sophomore album on Houndstooth. “Part of me feels like I have always been in a permanent state of displacement,” she says. “Often it’s hard to know what to even say to people who have been dealt these things. So I kind of recorded these feelings I was having as a way to communicate to them, reaching a sense of quiet, a place to attempt to try and understand it.”

Celestial vocals, atmospherics, ethereal drones, washed-out soundscapes and field recordings portray plenty of stories within her music. Outside of her solo work Trappes makes up one half of The Golden Filter alongside Stephen Hindman; their last EP ‘Talk Talk Talk’ was a favourite amongst Dixon, Âme and Avalon Emerson. Last month she explored her first A/V live show, and with more gigs on the horizon, don’t miss a chance to experience her transcendent masterpieces come to life.

For fans of: This Mortal Coil, Grouper, Julianna Barwick 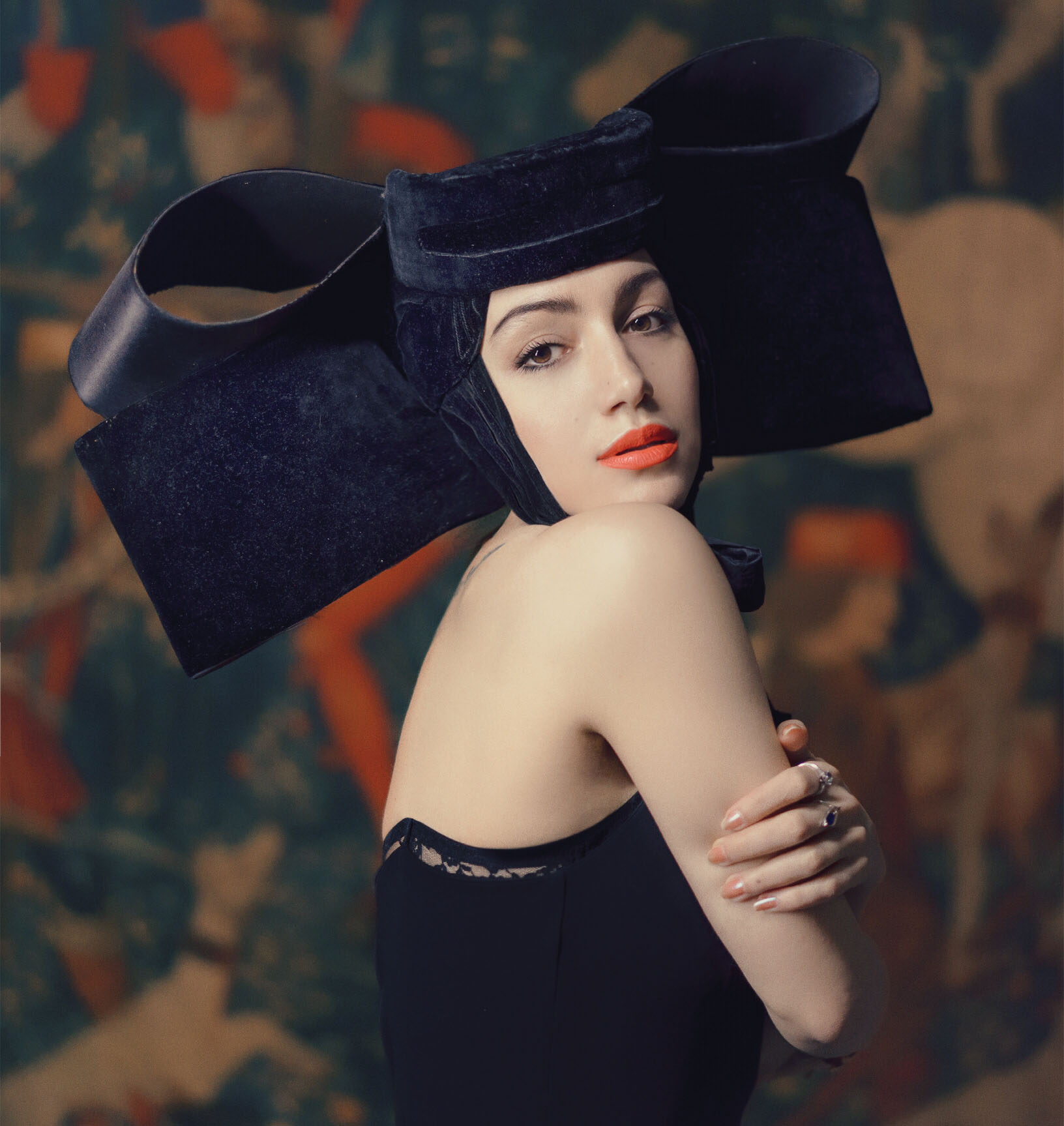 Emerging on the scene in late 2016, Gabriella Vergilov is an artist crafting her own cinematic sound by merging rich electronic textures with sensual vocals. The vocalist, producer, DJ and resident of Antwerp’s Ampere has fully earned the title of a multi-faceted, multi-talented artist. Growing up in a family of music enthusiasts in Bulgaria, it wasn’t long before she was enticed into the country’s clubbing scene. Now in the throes of laying down the groundwork for longevity in a notoriously cut-throat industry, the likes of DVS1 and B.Traits have backed her latest release ‘Boring Shit’ on Thema Recordings, and she’s already lined up further releases on Palinoia and Enemy Records. With her own vocals used on Marco Shuttle and DJ T1000’s forthcoming EPs, and with a plan for an upcoming project which blends Bulgarian folklore themes with contemporary electronic aesthetics, there’s no end to Vergilov’s talents. 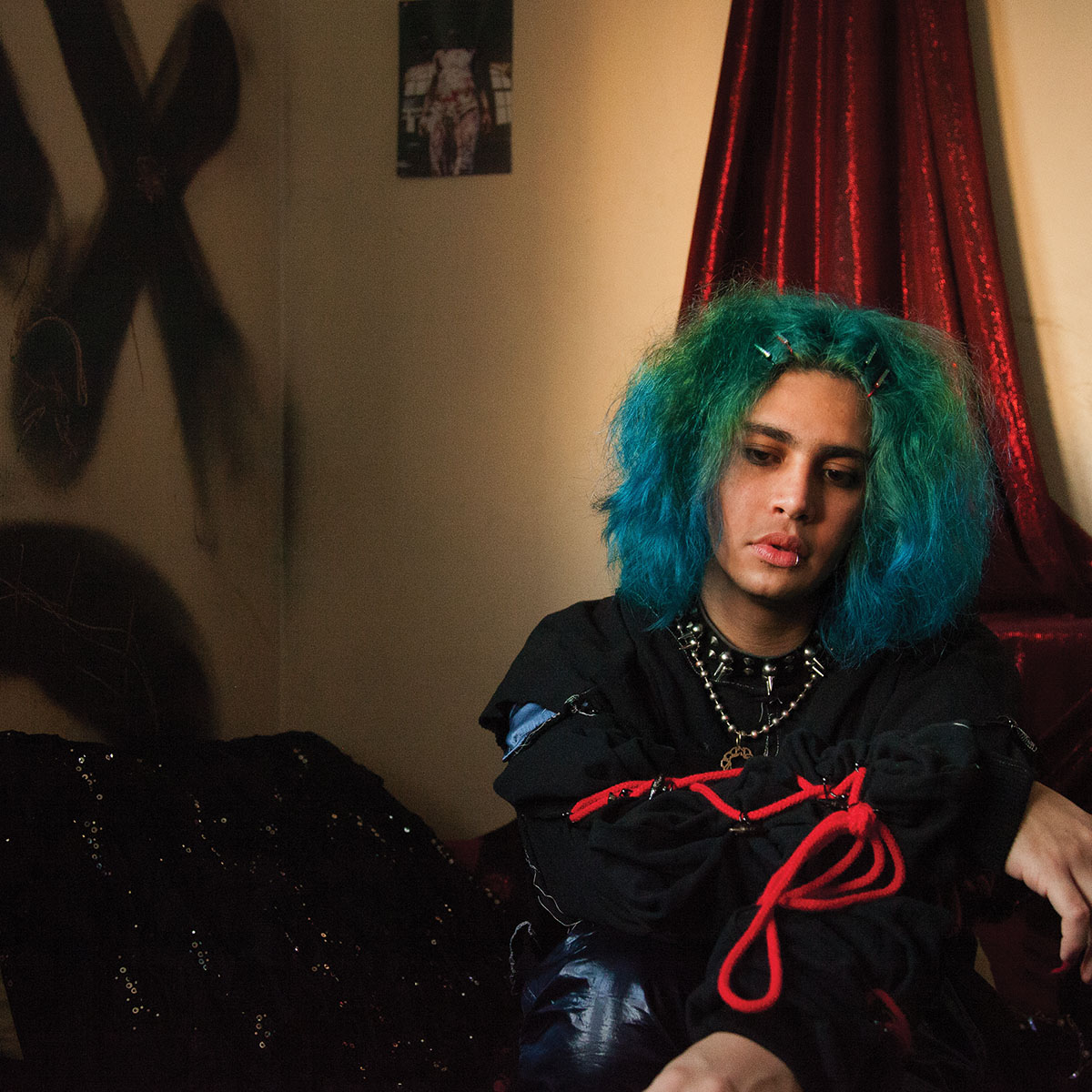 Loaded with splintered industrial percussion, noise and punishing metallic beats, Londoner Kamixlo’s tracks demand you pay attention. This producer’s work draws on everything from dancehall to DIY noise and lo-fi electronics to create a dark, intense sound. Based in Brixton, Kamixlo has Chilean roots, and hints of his South American heritage can be detected in the mutant reggaeton of tracks such as ‘Paleta’, released through experimental specialists Codes back in 2015. Part of the Bala Club collective with his brother Uli K and Endgame, Kamixlo puts on parties which have booked friends such as Evian Christ and Visionist, while the monthly Bala Club radio show on NTS helps push the crew’s unique mix of influences. Kamixlo’s latest release ‘Soulless’ is possibly his most unrelenting yet — sounding like a frozen computer blizzard mixed with the clatter of someone beating on sheet metal. Soulful house heads need not apply.

For fans of: Visionist, Mssngno, Endgame 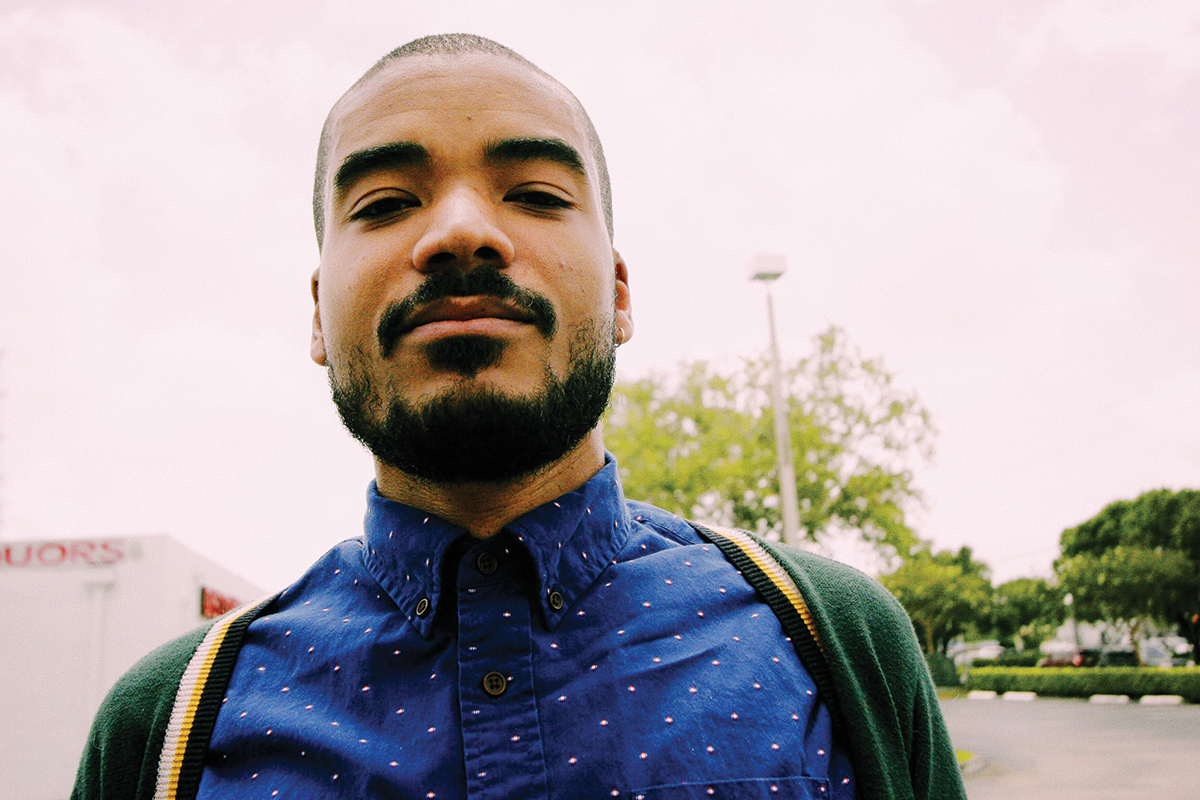 A year after turning heads with his debut release on Coyote Records, Miami beatmaker Marks has fleshed out his sound across a new 10-track beat-tape. It’s an icy and late-night affair, with neon chords and pristine melodies refracting from the faces of glassy high-rise buildings. Skittish hi-hats dart about over sparse bass and the whole thing has a feeling of rather spooky menace yet absorbing melancholy. That Marks is inspired by “a deep-rooted love of RPGs and anime” comes as no surprise when hearing his music, which is like a 22nd century version of Boards Of Canada. ‘Post Human’ dips its toe into silky drum & bass, and tracks like ‘Space Opera’ could easily be made for grime kings like Giggs or Stormzy, such is their spine- tingling urban chill. You’d be hard pushed to find music more reflective of lonely, contemporary city life than this. 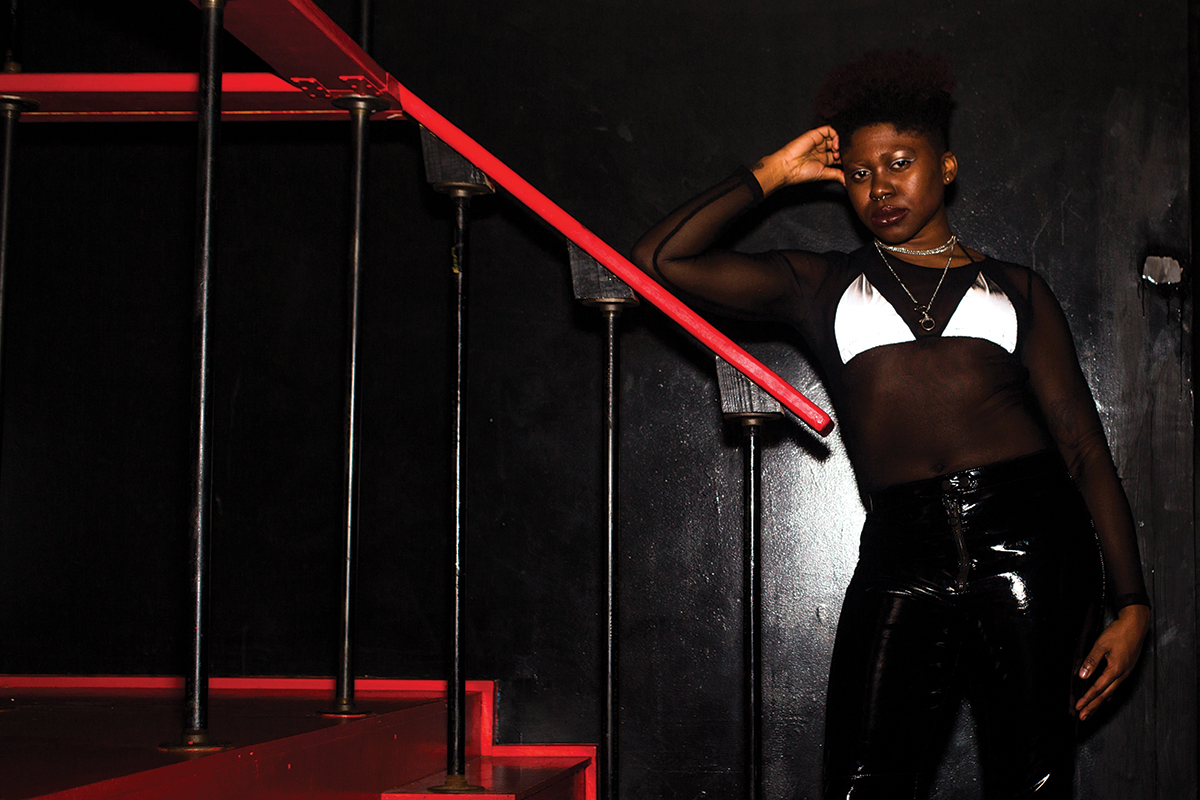 Dee Diggs is a powerful and vital figure in her local scene. She is proudly black, queer and femme, and uses her influence to “create safe spaces for marginalised groups to express and organise themselves”. She is well aware of the black roots of house, techno and disco, and that unapologetically informs her own warm, authentic selections in the booth. A skilled, non-linear spinner who can jump from juke to beatdown to R&B and back again within the space of a few tracks, her impromptu style keeps the dancefloor in a spin.

Until recently, Diggs lived in Boston, where she ran EVLV Tech and also promotes a monthly hip-hop and electro “freak show” called Rare Footage. She will return to play as resident for Shake Boston at the Good Life, but is now settling into her new Brooklyn home. “I’m playing as many parties as will have me,” she says, “hosting and planning some events of my own, doing a monthly radio show on HalfMoonBk, and figuring out how I can be a good community member to the Brooklyn scene that has welcomed me so warmly.” 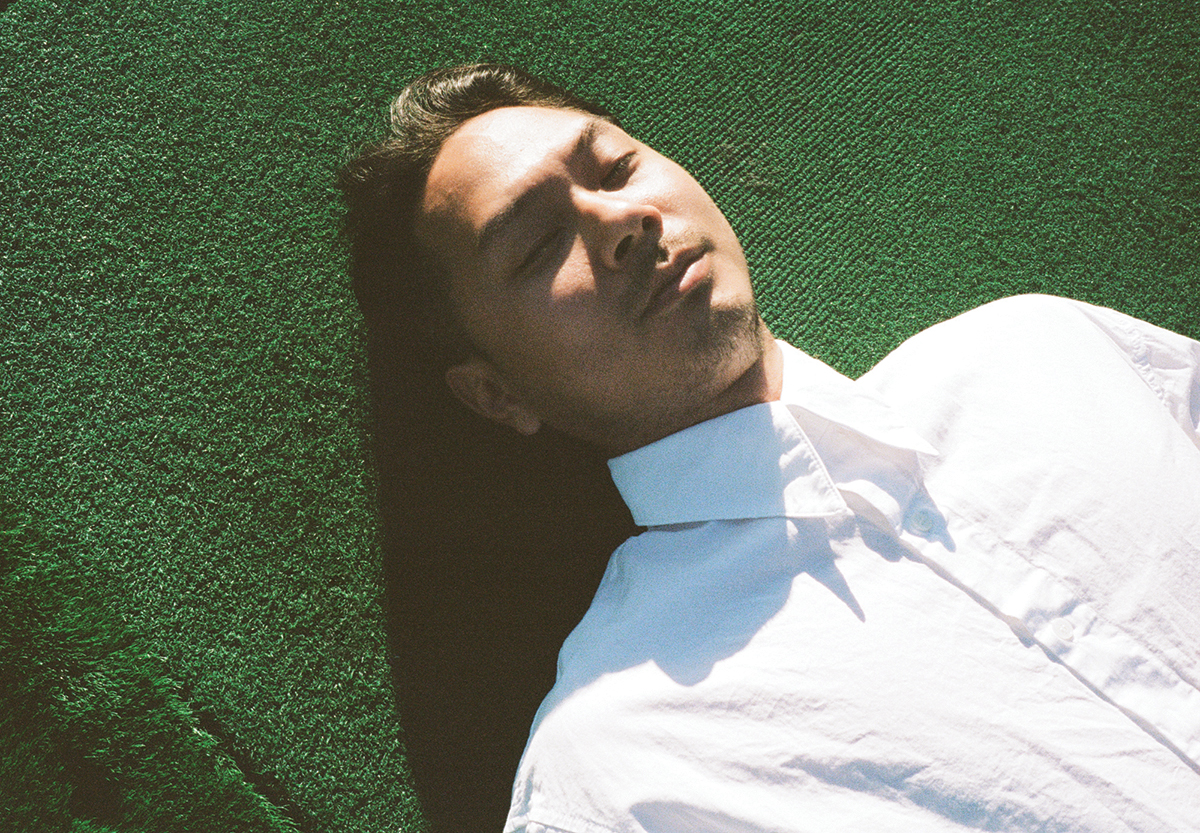 Toronto’s Joel Eel is part of a wave of new artists drawing inspiration from the industrial dance sound of EBM. The Korean-Canadian artist’s second album, ‘Performing A Crime’, revels in the murkier, strobe-lit side of club culture, his vocals weaving tales of destructive relationships over clanking beats and writhing acid riffs. The track ‘Body Builder’ is a fine example of Joel’s uncompromising style: a pumping workout of steroid-mutated 303 riffs and swollen kick-drums, while the brilliantly named ‘Leather Love Letter’ is like a pumped up Nine Inch Nails, all delirious drum clatter and ominous vocals. It’s the kind of intense sound that will thrill lovers of techno and artists such as Thomas P Heckmann or Kris Baha.

Joel Eel is also the boss of the promising Forth label, which recently released an excellent snapshot of forward-facing Canadian electronic producers, including Ciel, Kontravoid and Gingy. Don’t let this one slip away.

Features
12 emerging artists you need to hear this August

Features
12 emerging artists you need to hear this July