From Chicago to Madrid: how footwork infiltrated the Spanish underground | DJMagAdmin.com Skip to main content

From Chicago to Madrid: how footwork infiltrated the Spanish underground

From Chicago to Madrid: how footwork infiltrated the Spanish underground

DJ Mag charts the unlikely and little-known rise of footwork in Spain, speaking to the DJs, label owners and musical innovators who are keeping the sound alive in Barcelona, Madrid and beyond...

Footwork is more than music, it’s a culture.

The dance, which sees different groups of performers ferociously competing with one another in front of a crowd, outdates the genre itself. Seminal Chicago footwork venues like the Underground Tracks Factory were a hotbed for dance battles during the mid-'90s, where kids would combine elements of tap and jazz dancing with b-boy-style steps to create something new. It’s a culture that is at home with black Chicago, embodying their unique style, power and spirit, with a strong and lively footwork scene still thriving in the Stateside city today.

The sound of footwork was born out of juke and ghetto house, with local originators such as DJ Deeon and DJ Milton paving the way, but it wasn’t until pioneering artists like DJ Rashad, Spinn and RP Boo began formulating a sound to match footwork's energetic dance moves that it really started gaining global momentum. The sound grew particularly popular in the UK, with Kode9’s Hyperdub label becoming a home away from home for Rashad and others, while drum & bass labels such as Exit Records and Astrophonica picked up on the similarities between jungle and juke, the latter's influence leaving a mark that is still prominent in the scene today.

With Rashad's Teklife crew the main instigators (thanks to releases like DJ Manny’s ‘All I Do Is (Smoke Trees)', DJ Rashad’s ‘Ghost’ and Spinn’s ‘Don’t Shoot’), footwork has evolved into a forward-thinking and infectious sound over the last decade, with recent cuts like Jlin’s 'Black Origami' and DJ Taye’s 'Still Trippin' proving just how intelligent and diverse footwork has become. 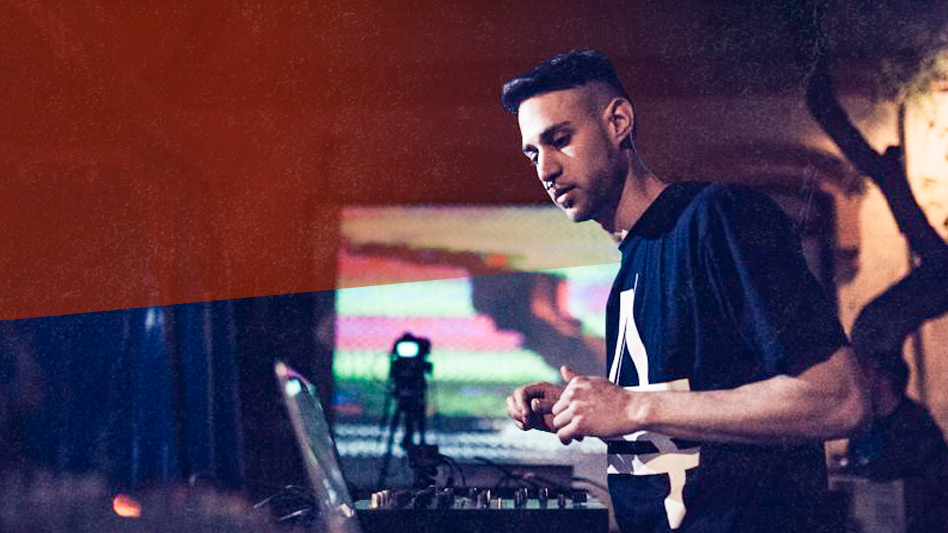 With its origins in the South and West sides of Chicago, the last place you might expect to find a thriving underground footwork scene is in Spain. Nevertheless, the genre has exploded in the Spanish underground over the past few years, with DJs like Granada-born producer Stayhigh totally devoted to the sound.

“I can remember it today as if it’s the first time all over again,” says Stayhigh (pictured above), when we ask him about his first exposure to footwork. “It was December 2012 and the track was 'Space Juke' by DJ Rashad and DJ Spinn. I was looking for new sounds to play in my DJ sets. I'd been playing techno, hip-hop, breaks and bass music and I felt like footwork opened a new style where I could mix all my influences, and it has the energy I’m always trying to send with my music. It was love at first listen.”

“I think it infiltrated through European DJs that gave early support to the genre in the EU,” he continues. “I’m talking about Kode9 and his label Hyperdub, Mike Paradinas with Planet Mu, Addison Groove, and some underground music blogs and radio stations that put out some info on the culture in our own country.”

"We make music for love not for money and we don’t give a fuck about mainstream or EDM. We respect all but we prefer to be honest and keep our values"

BSN Posse are a Malaga-based footwork doublet, and co-founders of Spain’s most influential juke and ghetto house label, Iberian Juke. They too were introduced to the sound of footwork through the airwaves and online.
“There were some music websites like Concepto Radio with so many interesting articles about new tendencies in music,"  says Stay Puft, one half of the duo. "We discovered some Chicago footwork producers thanks to them, and also on a [radio] show called Paralelo 3 run by Carles Novellas.” 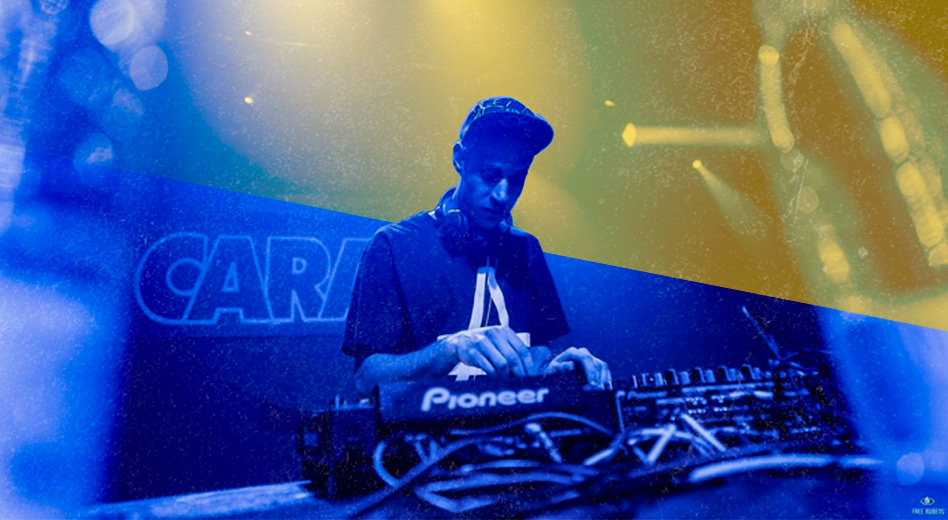 Despite the influence of acts like Kode9 and Addison Groove, footwork in Spain is still very much an underground sound. Outside of Madrid and Barcelona there are very limited opportunities for DJs to play, which means these two cities act as focal point for those looking to embrace the sound and culture. This makes the work that Iberian Juke do all the more important. A rummage through their Bandcamp is a blissful trip; harnessing the melodic and hard-hitting elements that make footwork such an infectiously romantic, disjointed sound.

“We don’t like to be pretentious, we just make what we love,” says Broken Lip, the second and final half of BSN Posse, as he ponders the impact the label has had on the Spanish footwork community. “We created the label because we knew that nobody would come to help us, and also to give an opportunity to all those great producers that we know.

“Artists like Stayhigh, Pablo Dread, Rootless, Aku & 7th Sense, Braqueberry, Nikes, Sideswipe, Ria Ekin... all of them deserve the best, and we only made the label to put all this music together. We would love to make more, but the reality in Spain is that you will not survive as a musician making footwork here," says Broken Lip, somberly.

“'I Don’t Give a Fuck' by DJ Rashad,” chimes in Stayhigh. “That’s my shit. It’s a way of life, raw and real. Just live your life and do your thing and don’t give a fuck about nobody telling you what you have to do.”

Although inspired by the sounds of Chicago, Spanish footwork isn’t just a case of copycat culture. BSN Posse are just as influenced by their traditional Andalucía heritage as they are by their American brethren.
“Flamenco is really special to us. If you live in the South, flamenco is a part of you," says Broken Lip. "One of the best things that we discovered was that flamenco and footwork have so many things in common. For example: both of them are strongly related to the dance, and also both genres use syncopate rhythms, so it was really good to know that we could mix our roots with the footwork and juke formula." 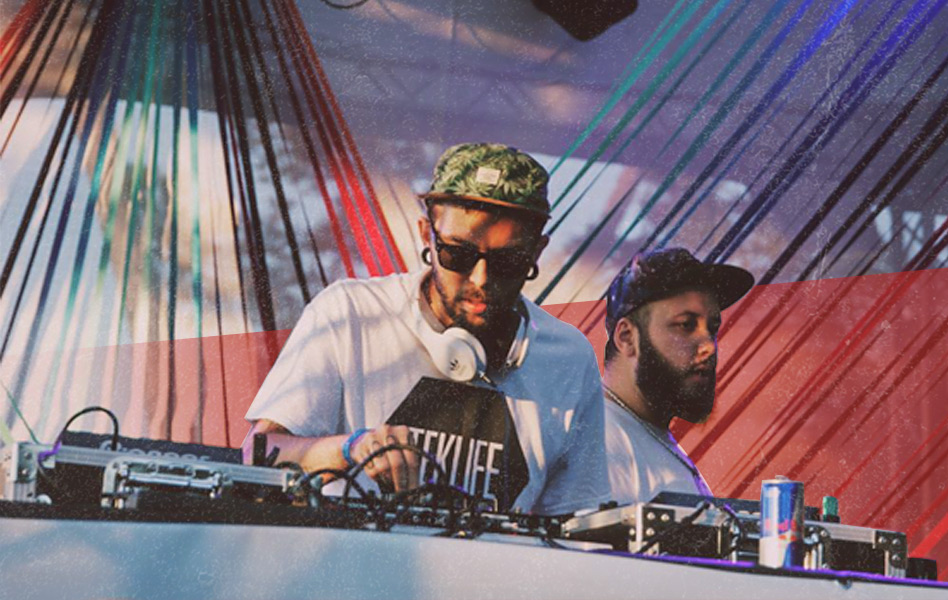 BSN Posse have gone to great lengths to ensure that the dance element remains intact. You shouldn’t hold your breath when trying to find a fierce group of footwork battle dancers in Spain, but there is a small breakdancing community starting to take root.
“We have been trying to find dancers out here,” says Broken Lip (pictured above). "We actually decided to organize some events and masterclasses, bringing over dancers like Sirr Tmo and Dre from Teklife, or Weezy from The Era. These went really well, and we were quite surprised at how many people turned up, but at the moment we are still trying to find some dancers for the crew.”

“We think this music needs to be played with dancers, so we keep trying to find breakdancers with open minds who want to try footwork and potentially fall in love with its music and movements, as we have done," concludes Broken Lip.

Spain’s footwork scene, at the moment, remains underground, though the quality of its sound is there for all to hear. In fact, it would almost be a pity to see it enter the mainstream with so many outstanding labels, artists and parties pushing footwork forward in Spain simply for the love of it.

"We don’t give a fuck about mainstream or EDM," says Broken Lip. "We respect all but we prefer to be honest and keep our values... We make music for love not for money!”

Want more? Check out our feature on the unlikely story of Dallas electro or the changing definition of EDM here.

Features
The best dance music films of the decade