On Cue is our newly relaunched flagship mix series, celebrating the pivotal DJs and producers whose influence has shaped the world of electronic music, both in their local scenes and beyond. Next up is London’s Sync 24, who delivers a formidable mix of razor-sharp electro...

Phil Bolland has been flying the flag for electro in the UK for close to two decades now. Through his longrunning party series, Scand, and prolific label, Cultivated Electronics, he has – under the name Sync 24 – been championing the Drexciyan Detroit sound’s counterparts and disciples across the pond since the early ‘00s, through thick and thin.

Starting Cultivated Electronics in 2007, Bolland explains that launching the label at that time was largely in response to a dwindling electro scene in the UK. Where the labels he admired most like Touchin Bass, SCSI-AV and Satamile were slowing their output, CE gained momentum, usually in exchange for virtually nothing in return. As techno and house continued to expand and dominate the underground club sphere, electro, with its sci-fi sonics and urgent rhythms was pushed further down, quietly operating in the UK with parties like Scand and WANG while receiving little love from the industry that was starting to thrive on a monumental scale.

Recent years, however, have seen electro enjoying a renaissance, with stalwart acts like recent DJ Mag cover star DJ Stingray, DeFeKt and Juan Atkins' Cybotron reaching new heights after years of graft, while breakthrough names like Solid Blake, Jensen Interceptor and Volruptus pave the way for a whole new wave of artists to hit the big leagues. Meanwhile, emerging DJs and ravers exploring the sound discovered a treasure trove in Cultivated Electronics, which Bolland had been lovingly curating while many were looking the other way. Now, the label has 30 releases under its belt,  with highlights from the past year including the ‘From The Dark’ V/A series which comprised three LPs featuring artists including The Exaltics, Maelstrom, Privacy, Animistic Beliefs and Sync 24 himself.

“The ‘From The Dark Comps’ were a massive achievement for the label,” Bolland tells DJ Mag. “CE had never released an LP so to do three in such a short space of time with such a high calibre of artists was awesome. I also had a corresponding From The Dark tour across Europe with some of the CE team. All the shows were great but a few highlights were kicking things off at C12 in Brussels with Morphology and Carl Finlow, playing two all night b2b sets with Jensen Interceptor in Moscow and St Petersburg and playing live at Tresor for Delta Funktionen's Let's Watch UFOs night.” 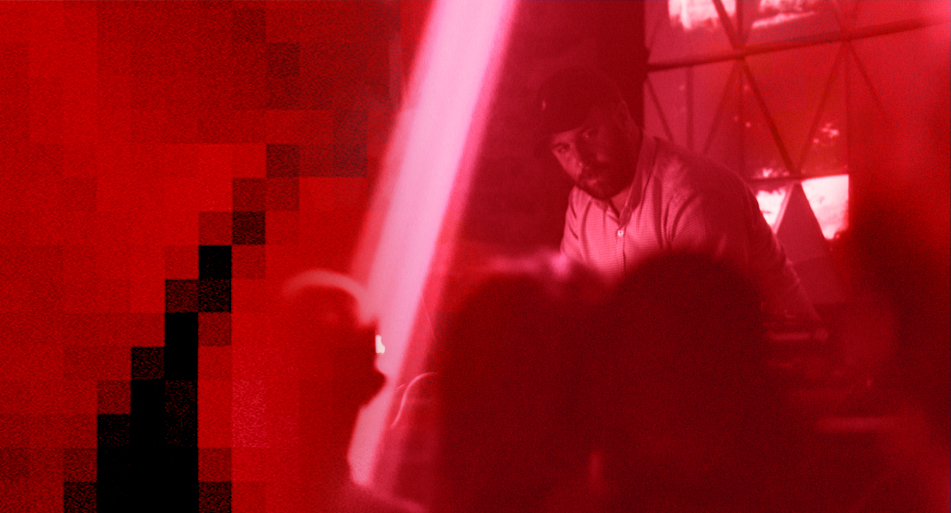 And certainly, the label is showing no signs of slowing as 2019 hits its midpoint...

“In the near future the label is about to drop “12s from Brooklyn based SC-164 and Silicon Scally and we are also launching a new vinyl only sub-label called CE Limited with the first release being from Ekman.”

Reflecting on his history with electro, Bolland’s first encounters spread from the Detroit originators and UK stalwarts to Scandinavian outliers.

“The first electro tracks I heard were ‘Wavejumper’ by Drexciya,‘The All Electric House’ Album by Voice Stealer,  Mr Velcro Fastener on TIE recordings and early Anthony Rother as well as all the great UK stuff from Bass Junkie, Radioactive Man and the Dexorcist and some Miami bits like Dynamix II. Early DJs were that whole UK crew above as well as my man Andy Jaggers AKA ADJ. The London night Wang was also a hotbed for early electro acts and music in general for me where I saw people like ED DMX, Matt Carter and Ben Sims.”

Speaking of the recent popular revival of the sound he and his contemporaries have been dedicated to for years, Bolland is elated by the waves of new artists and labels breakthrough through.

“Yeah the scene has had a nice lift over the last few years which I feel it really deserves,” he explains. “For me the hottest new acts I have been enjoying are Jensen Interceptor and Assembler Code, No Moon, Solid Blake, Volruptus and Animistic Beliefs as well as labels like Craigie Knowes, Private Persons and Mechatronica.”

Scand too, has been thriving after 18 years of what Bolland describes as “an up and down ride”. With Steve Allman as a resident over the past few years, and collaborative parties with the mighty CPU – a label he describes as “an absolute bastion of the UK scene” –  and Neighbourhood at Corsica Studios, London’s “longest serving electro night” is still on the up.

“A big highlight was last years sellout Scand x Neighbourhood at Corsica Studios, my favourite club in London,” he says. “We saw the UK debut for The Exaltics and The Advent playing us an exclusive hour and half set of ‘90s electro classics which I will never forget. It's also been nice to be the first night in the UK to bring in acts like Alienata and Jensen interceptor who are smashing it now.” 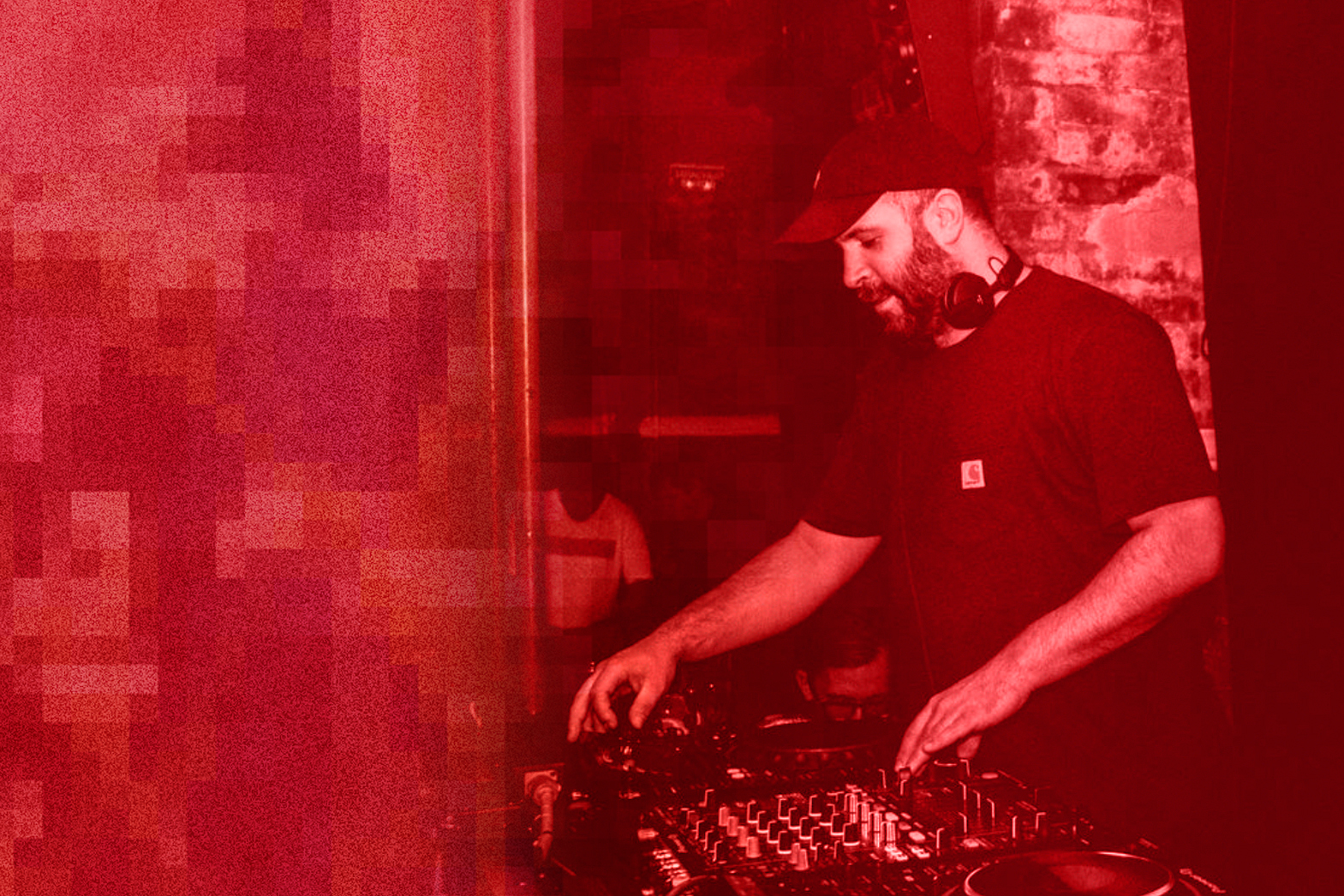 Sync 24 and Cultivated Electronics show no signs of slowing. With a busy summer lined up with sets at for Brooklyn party Nails and Wax, Houghton festival, the label’s annual bash at Berlin’s Griessmuehle with the Mechatronica crew in October, and a big party lined up in London’s Village Underground, it’s remarkable to think that Bolland is also working on his first solo LP.

“So watch this space,” he says.

For his DJ Mag On Cue mix, Sync 24 serves up a blistering hour of formidable electro, typical of what you’d hear him play in the club.

“I just tried to put together a snapshot of what I have been playing out lately,” he tells us. “It's 90% unreleased tracks forthcoming on the label as well some new/unreleased bits from other labels along with stuff I'm appreciating from friends.  Look out for new tracks from Delta Funktionen, 214, Silicon Scally and a sneaky preview of a forthcoming release from the vaults of The Advent which I am over the moon to be releasing.”

You heard the man. Dig in.

Want more? Check out our recent On Cue mixes with Mr.Mitch and Louisahhh...