Is dance music destroying the environment?

Is dance music destroying the environment?

The state of the environment has never been worse, but could

dance music be contributing to the problem? DJ Mag regular

The state of the environment has never been worse, but could

dance music be contributing to the problem? DJ Mag regular

DJ tours and irresponsible raving are slowly polluting the planet

beyond repair... dance music be contributing to the problem? DJ Mag regular

DJ tours and irresponsible raving are slowly polluting the planet

beyond repair... The  state  of the  environment  has never been  worse, but could  dance music be contributing  to the problem? DJ Mag regular Martin  Guttridge-Hewitt examines if festival culture,  unrelenting DJ tours and irresponsible raving are  slowly polluting the planet beyond repair...

The  state of the environment has never been worse, but could dance music be contributing to the problem? DJ Mag regular Martin Guttridge-Hewitt examines if festival culture, unrelenting DJ tours and irresponsible raving are slowly polluting the planet beyond repair...

From South East Asia to the Western US, North to South Africa, people can’t get enough of synths and syncopated rhythms. Electronic beats are officially the global sound of now, and we couldn’t be happier.

According to the latest IMS Report, the dance music industry was worth $7.3bn by May of this year. By 2021, it could be closer to $9bn. As physical and digital sales continue to fall, and streaming fails to plug the void, live events are becoming ever more important sources of revenue for everyone involved.

Figures from PwC show 43% of all music revenue in the US already comes from ticket sales, and festivals are driving much of the ongoing growth. Festicket, a UK company specializing in travel, accommodation and event packages across more than 50 countries, estimates the ‘festival tourism’ sector will be worth €4.1bn by 2020.

It’s not hard to see why this relatively new market is booming. By traveling for a festival, we can explore new destinations; potentially places we would not have otherwise visited. These events regularly attract a mixed, international crowd, exposing us to different perspectives, attitudes and lifestyles. And in order to pull that crowd, promoters go big on bookings. Location- experience-line-up is a hard combination to beat. But while the good times seem to be rolling internationally, the travel involved is stacking up. And up. There are now more artists and revelers taking to the skies in the name of experiencing fresh hedonistic highs than ever before. Meanwhile, the impact thousands of ravers have on an area, while there, can also be huge.

This is all happening at a time when the Intergovernmental Panel On Climate Change just gave us 12 years to stop global temperatures passing 1.5C above pre-industrial levels, which would be catastrophic for the planet. Avoiding that requires not just a reduction in emissions and waste, and the protection of natural habitats, but the active rehabilitation of ecosystems and removal of pollutants and rubbish already there. Looking at emissions alone, aviation accounts for around 2% of human-induced carbon dioxide in the atmosphere. That’s the most demonized of all fumes, but not the only concern. Overall, experts at Technical University Delft believe that air travel’s “climate change contribution” is more like 5% when you consider the full impact. 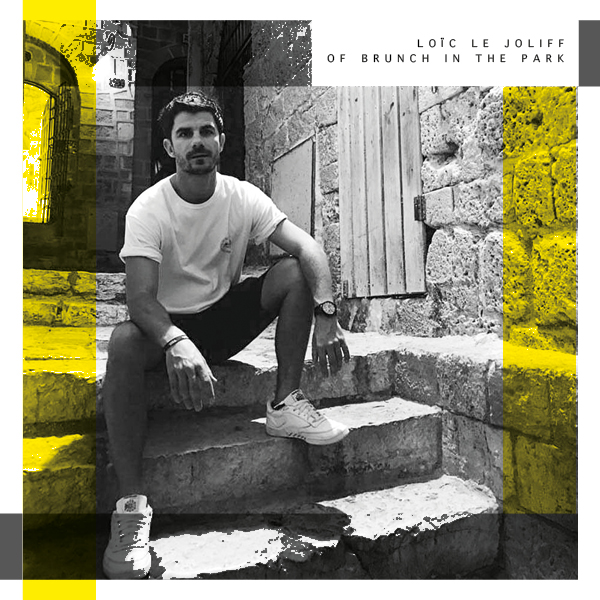 To blame festivals alone for the rise in the number of techno nomads would be unfair, of course. Regular clubs have long-since relied on high profile guests rather than local talent to sell out. Those guests often come from other countries and, particularly in Europe where cheap airfares and short journey times are the norm, so do many in the crowd.

It’s unlikely we’ll see a drop in demand anytime soon. Not only is partying an inherent trait of our species, civilization gets better when it dances together. So can this new global party culture really continue, without also adding to the biggest problems facing the world.

“It’s not as simple as just stopping everyone from flying,” says New York DJ and producer Sammy Bananas, founder of DJs For Climate Action, a collective that boasts ambassadors such as A-Trak, Claude Von Stroke, Dillon Francis, Jamie Jones, Louisahhh!!! and Thugfucker. “I did an interview a couple of weeks ago, and this guy asked me if technology — AR and VR — could mean DJs didn’t have to travel as much,” he continues. “I don’t know, if it could work, then it would be great, but there are so many ways I can see that not working, just in the nature of why people go to clubs, and want to be there to see the person they are a fan of.“I think the idea of off-setting your carbon emissions is a good starting point,” Sammy continues, explaining the collective has been doing this for years. “We partnered with a company called CO2logic. They fund initiatives mostly in the developing world. One we worked  on was providing clean cook stoves for people in Uganda.”

Off-setting is nothing new, but Sammy’s words raise a crucial issue: everything is connected when talking about climate. But it can also be useful to segment. Just because one aspect of what we do is damaging, doesn’t mean there can’t be other steps that act as counterweights. And this doesn’t end with physically helping other people reduce their own output.

“[DJs] are already traveling the world, so you could have these global warming diplomats almost. Give them a message and they can spread it really far,” Sammy says, explaining the second focal point for the campaign. “Don’t think of it in terms of stopping people flying, think of it as using the fact they are flying to make a difference.”

Earth Night, a nightlife version of the wider Earth Day, which looks to raise funds for, and awareness of, environmental issues, is another major aspect of DJs For Climate Action. The next edition takes place on April 20, 2019, and clubbers, promoters, acts and venue owners across the world are welcome to take part. The collective also has a new initiative in development— promoting sustainable artist riders, helping individual performers develop their own circular ecosystems.

“The idea of Earth Night is to make it as easy as possible, the same with the rider initiative — for DJs to have a positive impact,” says Eli Goldstein of Soul Clap, one of the first names to join DJs For Climate Action.

“People are pulled in so many different directions, that if you give them an easy way to do something, it makes a big difference. That way, you open it up for people to participate. Not one single person I approached [for Earth Night] said no, last year. Everyone was happy to put their name on it, and happy to give money.” 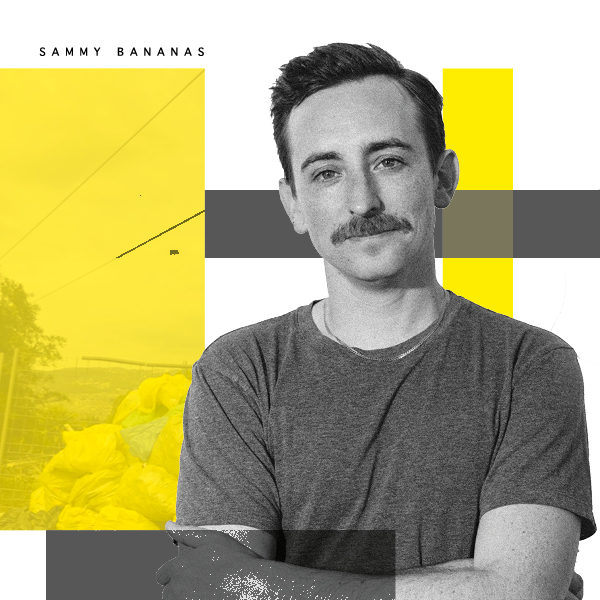 Further proof of a huge appetite for change came at this year’s ADE Conference. The Green program was one of the best attended — many panels sold out. The Elephant In The Room: Transport was among the most important, and festivals dominated the agenda — between 50 and 85% of their CO2 emissions stem from travel, bringing in equipment and supplies, audience, artists and crew. The concept of ‘circular’ was also a major talking point, such as moving to zero waste touring and carbon neutral production.

“Our goal is zero waste, [to] recycle everything,” says Loïc Le Joliff, of Brunch In The Park, which holds daytime throw-downs in cities such as Barcelona, Lisbon and Madrid. “We just bought a machine that will destroy glass and turn it back into sand, which can then be put back onto the beaches in Barcelona. Another problem is cigarette butts, that we collect and recycle, but next year we want to print all our merchandising on textiles made from this.”

The event series has a rich history of acting responsibly. Spain’s first to enforce reusable cups, including for water, and ban straws. Free passes
are given to those taking part in clean up drives — the biggest saw 2000 kilos of rubbish removed from Montjuic in Barcelona, with the operation covering 70% of the mountain. Jobs regularly go
to demographics at risk of employment exclusion. Food vendors have a ‘0 kilometer’ policy, sourcing producelocally. “Atthemomentit’sverydifficultto avoid using planes, but every time we can, we try to get artists to use trains,” Loïc replies when we ask if the impact of unavoidable travel could be reduced. “This is something we really push to their agencies. We also try to group DJs with less drivers, which isn’t about saving money, it’s about renting less cars. We were thinking about using only electric cars to drive artists, but the problem is the infrastructure.” 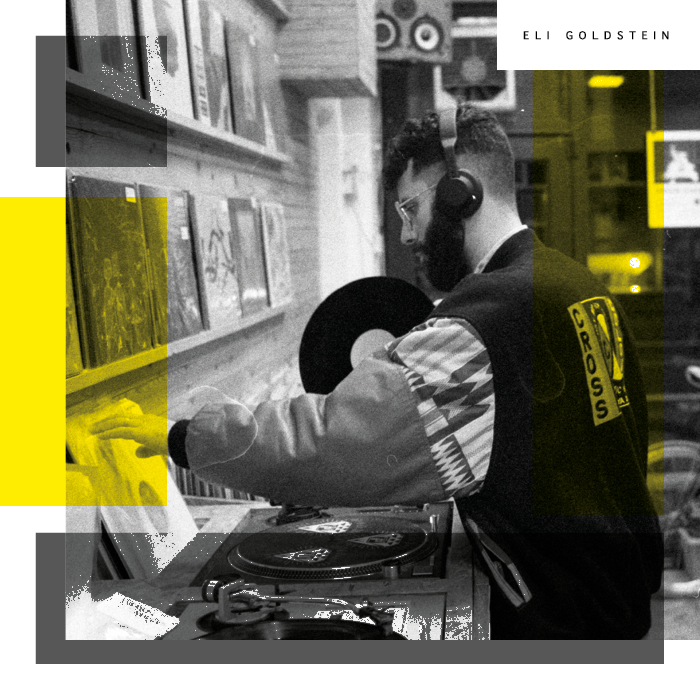 Crucially, we could all follow many of these small steps, whether our destination is a booth or dancefloor. Collectively, if everyone followed suit it would have a significant effect
on a number of parts that make up the overall problem. The wake up call on climate has been getting louder for decades, and is now at ferocious volume, so it’s time to stop considering our part as insignificant and the issue bigger than individual action.

There’s a long way to go before progressive ideas become mainstream, but life moves fast. Even faster if we continue to have frank, open and pragmatic discussions about what’s actually happening. This is the first era where there’s no doubt we are destroying the planet, and the last in which we can do something to stop that fate, because it has yet to be sealed. Reversing the course doesn’t have to mean switching the tunes off, just keeping our ears open to alternative approaches. Nor should we give up on global links. After all, these are thesamelinksthatmaketheworld smaller, reinforcing our collective similarities and inspiring us to think about responsibilities beyond our own back yard.

Opinion
The word 'rave' has lost all meaning

Features
How much of UK dance music history is real?

Features
A decade of DJing: how technology changed the art form