The Mover steps up with a ferocious live set to showcase his rave and electro side and discusses his reasons for reviving the legendary moniker last year...

There are many that call Marc Acardipane “The Godfather of Hardcore”. And that shouldn’t come as any surprise. In the early 90s the Frankfurt-based DJ/Producer was behind some of the most vital tracks in the forming of a sound that would become ubiquitous in scenes across Europe for years to come. Operating under numerous aliases and monikers over the years (Mescalinum United, Pilldriver, Marshall Masters, Resident E), he branched into varying branches of hardcore, techno and rave forms with iconic tracks including ‘We Have Arrived’ and ‘Slave To The Rave’, solidifying him as fundamental figure in one of the most dedicated communities in global dance music.

One other such identity was The Mover, a live outlet for Acardipane through which he explored propulsive, hyperactive electro and rave forms in tracks like ‘Burning Universe’ and ‘Waves of Life’. Throughout the late ‘90s and early ‘00s then, Acardipane’s cryptic motto was always “See You in 2017” and, when things quietened down at the start of this decade and his work settled primarily into the devoted hardcore scenes of The Netherlands, Belgium and Italy, loyal fans eagerly awaited the date when Acardipane would return with new material and bring his definitive sound to a wider audience once more. 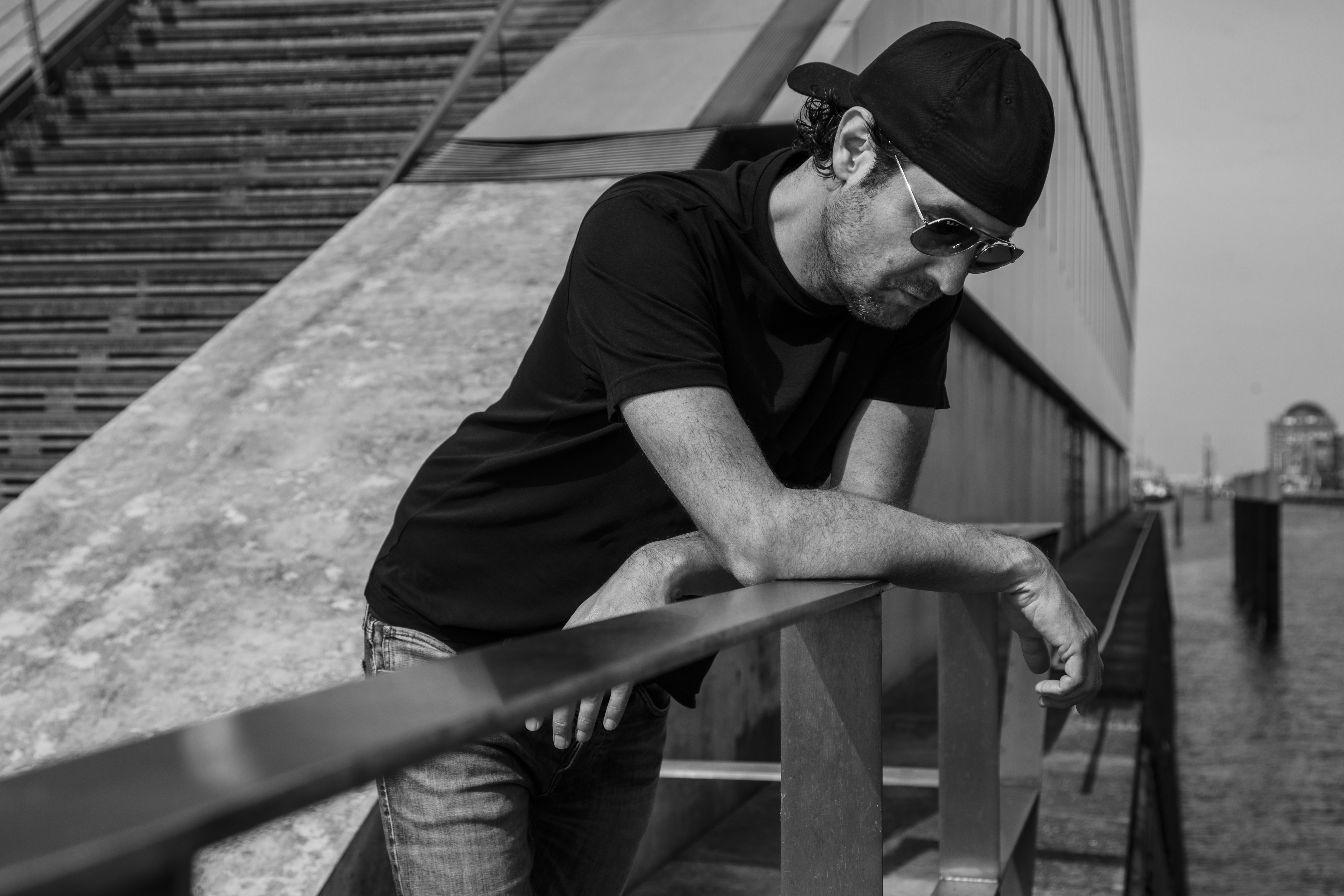 While still keeping shtum about his prophetic “See You in 2017” mantra, it certainly was a big year for Acardipane and, perhaps most excitingly, it marked the return of The Mover for the first time in over a decade with a remix of Cassegrain's 'Trappist' that we deemed as one of the very best reworks of the year. He also played an array of live dates and announced that, finally, a new album would land in March in the form of ‘Undetected Act from the Gloom Chamber’. But what was it that inspired this triumphant return for The Mover?

“I've been talking for over 10 years about recording a new album,” he says now. “But I have never had the right feeling for it. I need to be in “The Mover” zone. In summer 2016, I played at an illegal rave in Berlin in an old German crematorium. The place was packed, there was no oxygen inside and all the lights were red. I started to play some newer techno tunes and the crowd was moving, but after a while my friend Max Durante from Rome came and said, ‘Come on Marc, play some old Mover and Planet Core Productions stuff!’

“So I did. And in this moment the rave turned into a real 1991 Rave. I felt like I was in a time machine. The people went crazy! The next day when I drove home, I knew how "The Mover” had to sound in the future and from then I went to my "gloom chamber" and spent a lot of time there.”

"I can take you to the deepest depths of your soul with my music, but I will not leave you alone. I’ll take you back with me”

One of the most powerful things about Acardipane’s music has always been its relentlessness and its sense of raw energy. As such, when he first recorded a new album he quickly realised that he had overcooked the tracks, making something that he was ultimately unhappy with.

“I finished the new album in September 2017 and presented it live at a pre-release party in Berlin. But I was not happy afterwards. I had worked too long on the songs and they were good but too polished. From October to December 2017 I did a completely new album with only two lead riffs left over from the initial album.

Describing the album as “dark, melancholic, futuristic” and as having “a lot of emotion, love and passion”, ‘Undetected Act from the Gloom Chamber’ is a masterstroke of energised electronics that feels at once professional and liberated, complex and raw. When discussing the current resurgence of hardcore and rave styles into more prominent techno circuits thanks to DJs like Dax J, Perc, Helena Hauff and I Hate Models, Acardipane is humbled and confident in those who are giving it its proper dues.

“When I played in Berlin in 2016, I did not know anything about that movement,” he admits. “I’m just beginning to get to know the new DJs and live acts. Two weeks ago for example I met Perc in Amsterdam. We played together and talked for a little while. [Whether or not] it’s moving in the right direction? The only tip I can give so Hardcore Techno can live on is... No negative dull hard patterns please! Every track has to be done with love and passion! You need to feel the emotions of the artist when listening. I can take you to the deepest depths of your soul with my music, but I will not leave you alone. I’ll take you back with me.”

As The Mover reclaims his position as one of the most important names in hardcore and rave and with a cast of live dates on the horizon to go alongside the new album, we asked him to submit a podcast for DJ Mag and, boy, did he deliver. A live mix recorded in Ex-Dogana in Rome last October, a city very close to his hardcore heart since 1991, it features revitalised editions of old tracks as well as previously unheard material.

“I purchased some of my old synths to re-create these songs,” he explains. “Since I don´t have any stems, samples etc. from that time. I also made them a bit more dancefloor friendly. All played live with an Akai MPC Live, 2 HW Effects and an Allen Heath xone92.”

The Mover has been a crucial entity in underground dance music for over two decades now, his influence being felt running through its very core. Not only that though, The Mover is central to Marc Acardipane’s very being. And really, you can hear that just as clearly.

“The Mover was not a fictional alias,” he says. “It's a nickname that my friends gave me, because I push, move and make things possible. The Mover is my deepest inner self.”

'Undetected Act from the Gloom Chamber' is out this Friday 23rd March. Pre-order from Planet Phuture here.