Drinking water should be free at all clubs and festivals, here’s why | DJMagAdmin.com Skip to main content

Drinking water should be free at all clubs and festivals, here’s why

Drinking water should be free at all clubs and festivals, here’s why

Free and easy access to drinking water at clubs is crucial for ravers' safety, but some venues remain insistent on charging prices that are prohibitively high. Below, DJ Mag's Chandler Shortlidge outlines why more needs to be done to ensure that free drinking water is made available at all clubs and festivals

Water is a human right, essential to our daily survival. In places where the human body is subjected to excessive heat, exercise, and dehydration — like clubs and festivals — access to drinking water is even more important. But some venues insist on charging prices for water that are often prohibitively high. And many of those venues exist in places where heat illness is a major concern. Even where water is cheaper, the reluctance of some venues to make it freely and easily available puts human lives, operating licenses, and the electronic music scene as a whole in serious and unnecessary jeopardy. This needs to change.

Not every venue operates this way. London’s Fabric is known as an industry leader in club safety measures. After reopening in 2017, the Farringdon venue installed a water bar where anyone is allowed to take a cup or fill an empty container for free, as well as employing full-time staff member who monitors clubber water intake. Egregiously, clubs like Fabric are the exception, not the rule. Even worse, it’s been legal requirement for all licensed premises in the UK to offer free, cold tap water as part of their licensing agreement since 2010.

Most of the credit for that legislation is due to the efforts of Fiona Measham, founder of drug testing service The Loop. Despite the law, she has continued railing against venues that regularly flout regulations by employing a variety of underhanded measures, like making free water points excessively difficult to access, keeping water bottle caps to discourage reuse, and posting security in toilets to ensure patrons aren’t filling their water in the sinks there. 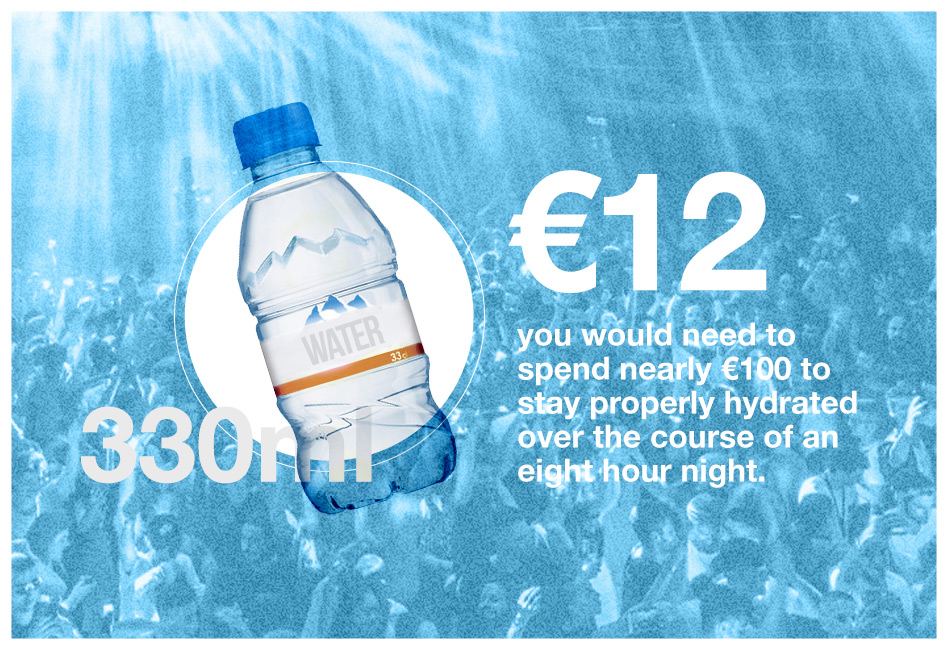 This is not only illegal, it’s dangerous. As explained by Dr. Chris Luke, an A&E physician who specialises in emergency treatment for nightclub related problems, dancing for hours on end in a hot nightclub is akin to running a marathon. When combined with drugs and drinking alcohol, which speed dehydration, the body can easily become overwhelmed. “The toxicity of ketamine, MDMA, alcohol — all of those depend on the concentration in the bloodstream, which in turn reflects the dehydration or hydration levels,” he said in a recent interview with Pulse. When you’re not drinking enough water, your body has a harder time fighting the toxic effects of the substances you're taking. And since 2010, the strength of ecstasy has increased by about five times. Deaths have risen too, from 10 in 2010 to 63 ecstasy-related deaths in England and Wales in 2016. (That figure dropped to 53 in 2017, the latest year data is available here).

While these statistics highlight the continued need for more comprehensive drug safety measures and education, they’re also a stark indicator of how seriously clubs around the world must treat proper hydration. According to Dr. Luke, that means drinking a few hundred millilitres an hour. “So in the same way you see marathon runners being thrown bottles of water every few miles, I suppose that would be the way you'd approach taking water on a long night.” Which brings us to Ibiza.

It’s well established that few places in the world charge as much or more for water than superclubs in Ibiza do. Most offer a 330ml bottle of water for around €12. If following Dr. Luke’s recommendations, one person would need to spend nearly €100 to stay properly hydrated over the course of an eight-hour night. That’s an expense many clubbers understandably forego as people rarely price water into their budgets for any club or festival experience, instead putting money aside for accommodation, food, alcohol, and often, drugs. 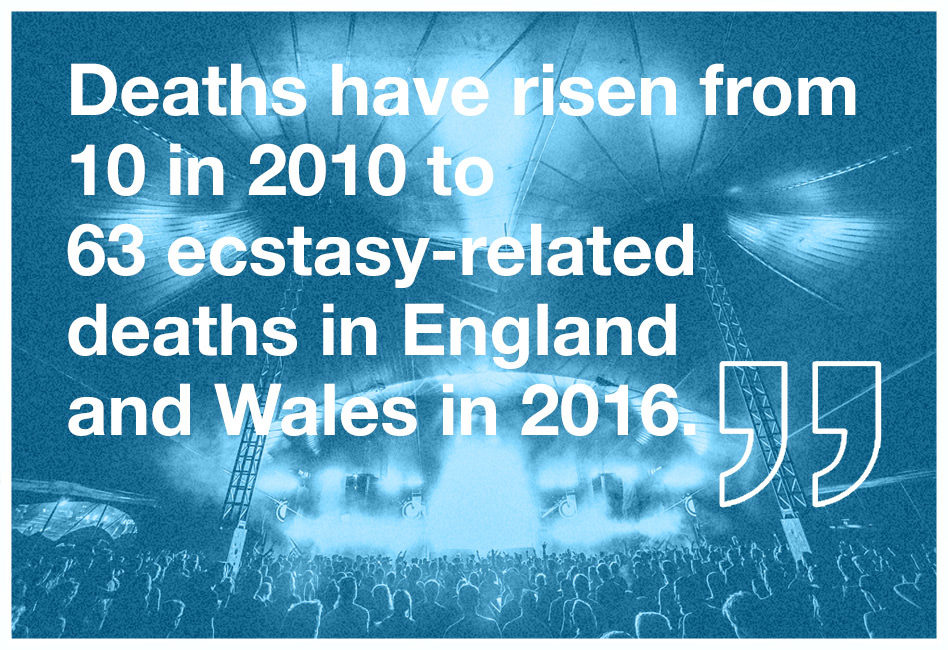 That means we need to be honest about what we expect people to spend money on. Clubs and events also won’t necessarily lose money when they give water away — something Dutch entertainment company ID&T, which operates events like Tomorrowland, Mysteryland and Sensation, recently proved. While the company originally began giving water away as a way to cut down on plastic waste, it also saw customers who were happier, and simply spent their money on other concessions, like food, merchandise, or alcohol.

Other Dutch events sell refillable branded water pouches, which allow them to keep costs down while offering guests a keepsake that can be reused year on year as patrons return, giving them a sense of brand loyalty. Most importantly though, festival goers have easy access to cold, fresh drinking water as they party in the hot sun, keeping them safe and having fun well into the night. And without needing to sell thousands of bottles of water, festivals cut down on huge amounts of plastic waste, which is an issue the world can no longer ignore.

According to the Guardian, “annual consumption of plastic bottles is set to top half a trillion by 2021.” With over a million plastic bottles purchased every minute, our recycling efforts can’t keep up, threatening our oceans and coastlines while creating a situation that some predict will be every bit as catastrophic as climate change. While a huge part of the demand for plastic bottles is driven by an “insatiable desire for bottled water” in China and the Asia Pacific region, clubs and festivals of all shapes and sizes can and should do their part to curb the amount of plastic waste they produce. Which starts by cutting down on how many plastic bottles each patron needs by offering everyone free and easy access to drinking water with a reusable container provided by the venue.

Beyond the cost to the environment, or to profits, free and easy access to cold drinking water can also save lives. Any death at an electronic music club or event is a tragedy in its own right, especially if related to preventable dehydration. But as we’ve seen, electronic music events are constantly being monitored by local governments, and deaths at clubs often result in the loss of licenses and club closures. As our scene continues to grow, it will only face more scrutiny, especially in areas where it is still growing, or those with stricter laws. We must set an example now, and keep all clubbers safe. Because nobody’s night out should ever end in tragedy.