Elrow will be returning to Ibiza’s famed rave cave Amnesia for a second season — and they’re pulling out all the stops with a new theme, Chinese Rowyear, and the likes of Seth Troxler, Skream, Heidi, Kölsch, Pan-Pot and Camel Phat.

The party series has quickly become the talk of the dance music world thanks to its unique blend of world-class DJs and theatrical showmanship and their second season at Amnesia is set to be their biggest yet.

Making their elrow Ibiza debut this summer will be Dennis Ferrer, Heidi, Camelphat, Latmun, Nakadia, Pan-Pot and Yousef who will each be taking control of the most adventurous dancefloor on the island for the very first time.

This summer’s season — which kicks off on Saturday 26th May with a suitably huge opening party (which still under wraps for the time being) — will see the weekly soiree moving to Saturdays instead of Mondays.

Check out the line-up so far below ahead of the full reveal later this month. 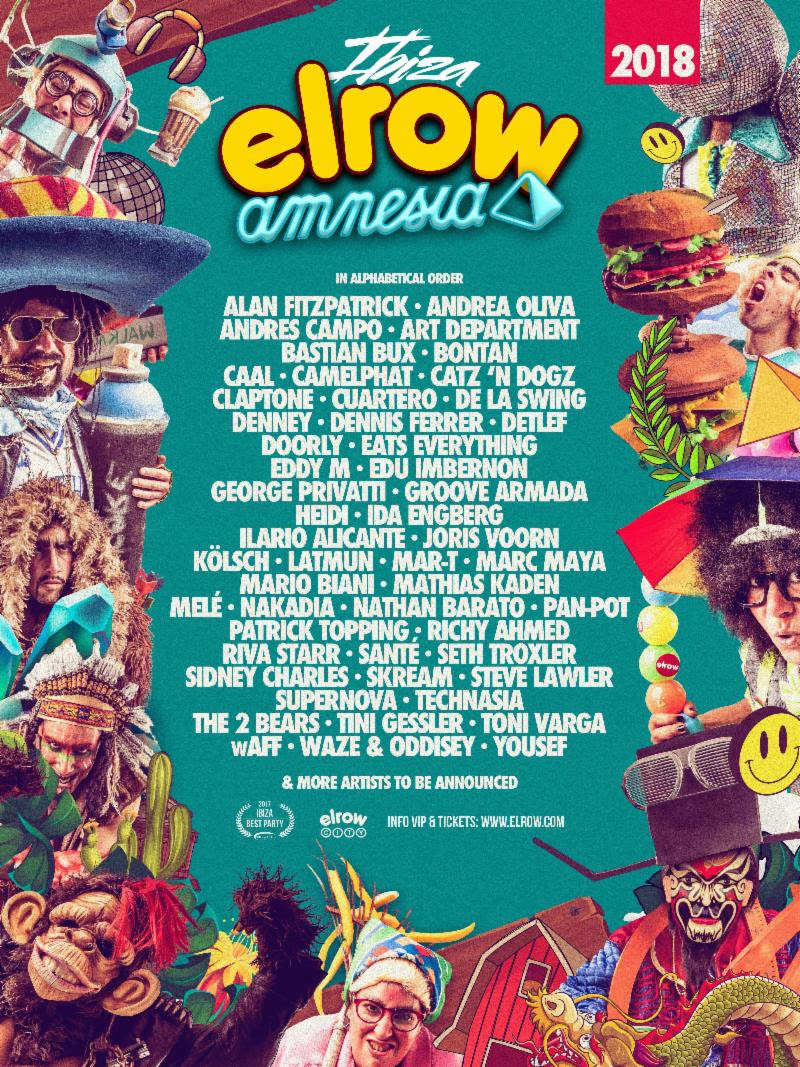