Jamz Supernova takes a step away from her BBC Radio 1Xtra shows to drop a club-ready Fresh Kicks mix!

Discovered by the BBC after she landed a residency on South London's Reprezent Radio, Jamz now hosts three shows a week on 1Xtra, profiling new talent through features like her DIY Generation spot and playing all the latest in future R&B and hip-hop.

She also runs club night Future Bounce, which has brought the likes of Roska, Nightwave and many more hit venues across the company, and pick up support from the PRS Foundation.

Meanwhile, Jamz herself has picked up bookings all over, from festivals like Glastonbury, Afropunk and Love Saves The Day, to clubs like Motion in Bristol and Manchester institution, Warehouse Project.

Considered a true tastemaker, Jamz is a go-to for new music and artists, and has become a regular face on industry panels, working with the likes of Red Bull on their Normal Not Novelty event, helping women starting out in dance music.

Jamz's Fresh Kicks offering is an eclectic mix of cutting-edge tunes from the likes of Peggy Gou, Lamont, Scratchclart (Scratcha DVA) and many more, you can check out at the bottom of the page.

Plus make sure to tune into her BBC Radio 1Xtra show every Tuesday night from 11pm as she brings you the latest in “Future RnB”, and each Saturday and Sunday from 1pm. 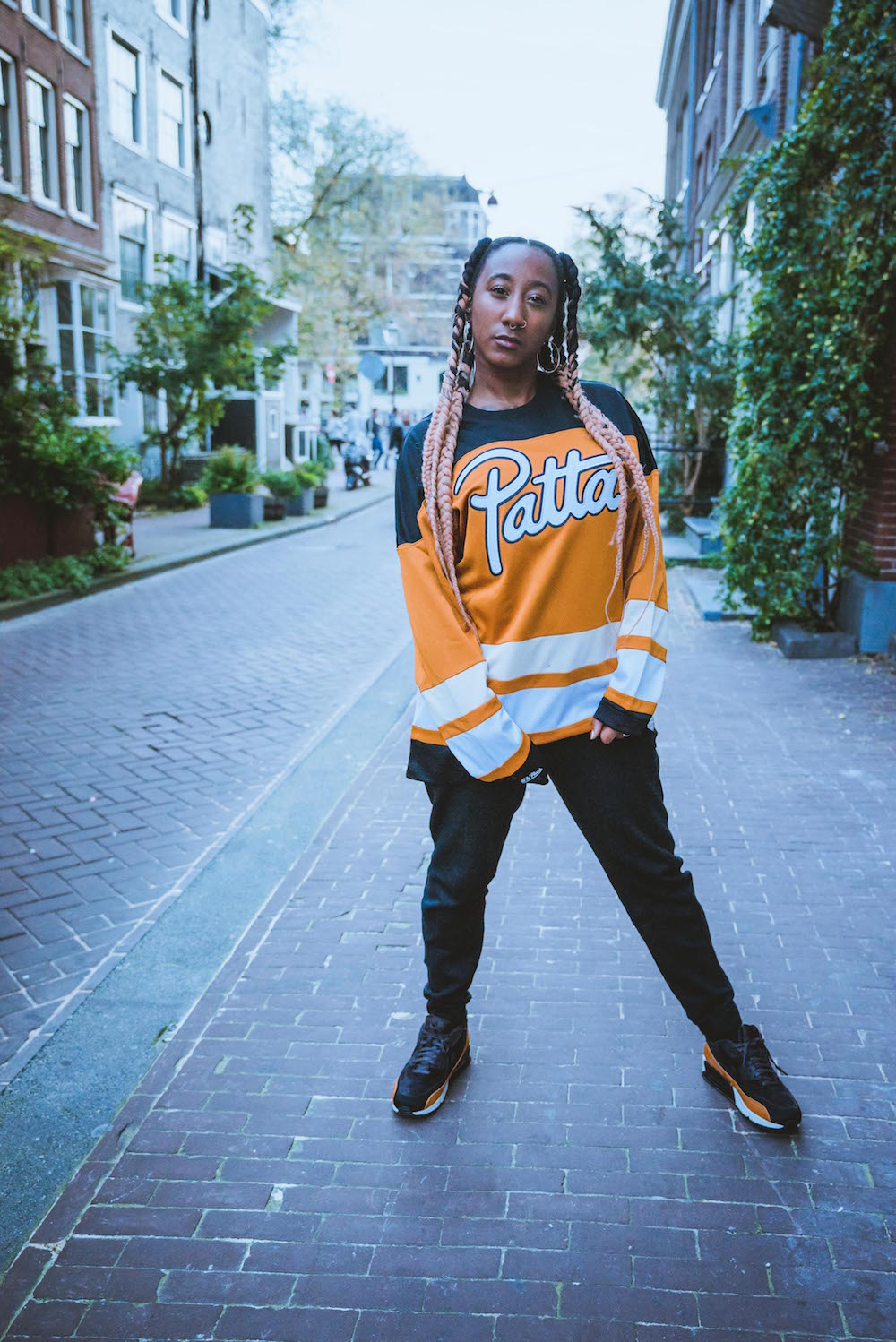 Last track that blew your Mind?
"Chimpo remix of IAMDDB 'Shades'. Heard it and had to play it in my set that night!!!"

Last club you played?
"Curtain, with Shy FX for his Cult.ure night."

Favourite album to relax to?
"Daniel Caesar 'Freudian', it's my flying album!"

Favourite label?
"I have a few, but for the club I always circle back to Enchudada, headed up by Branko. But on a softer tip Parisan label Roche Musique are killing it right now!"

What record is top of your wishlist?
"I'd really love a vinyl copy of Kelela 'Take Me Apart'."

Who is Your Biggest Musical Influence?
"I'd have to say Annie Mac, across the board she's a fine example, broadcasting, DJing, AMP brand. She's a G."

Tip for 2018?
"Ted Jasper, a producer from Bristol. Really exciting electronic music coming through from him."

Tell Us A Joke?
"What Does An Angry Pepper do?
"Get Jalapeno face!"

Music
Premiere: The Busy Twist ‘World Of The Spirits’