It's 10AM when we speak to grime MC, FFSYTHO (real name: Shell), and despite this being an early start for her, she animatedly dives into detail about her 18-month plan as she walks to the shops: “I won a competition, you know! 6,000 people entered and I won. I’ve got unlimited studio time at Pirate Studios!”

Counting Terror Danjah, P Money, Sir Spyro, and Madders Tiff among her supporters, Shell is making her mark on the grime scene with ruthless bars and feisty lyrics. You only need to listen to her track ‘Bop Through Ya Manor’ once to discover just how brutal the MC can be, with her devilishly quick tongue and wicked wordplay. But despite her MC persona, Shell is grounded, determined and extremely self-aware, understanding the long journey ahead of her.

Quickly whittling through the “boring stuff” — growing up with a single parent in a house of “’70s, reggae music, Motown, you name it, we listened to it” — Shell labels herself as a bit of a “late starter”. The MC is from Northampton, home to the legendary Sidewinder raves and a place that recently found itself back on the map courtesy of another of UK rap's latest stars, Slowthai. Her entry into grime, she explains, was pretty standard fare for the crowd at her school. “All the boys were MCs, although they never really gave us girls any space... they didn’t care or understand back then,” she says. “It’s just always been about grime. Growing up watching videos of people like Wiley and Recky, freestyles on YouTube... stuff like that.”

Shell used to present a show on local station, Inspiration FM, and admits she used to write rhymes, “but they didn’t really go anywhere.” It’s only in the last 18 months she’s really started to take things seriously: “I’ve found my confidence in it and now I know it’s what I want to do for my career.” That career, as she sees it, began with a hashtag calling for 30-second freestyle videos. “I recorded a freestyle literally on my window sill, at my council flat in Northampton,” she says. “That hashtag changed my life.” 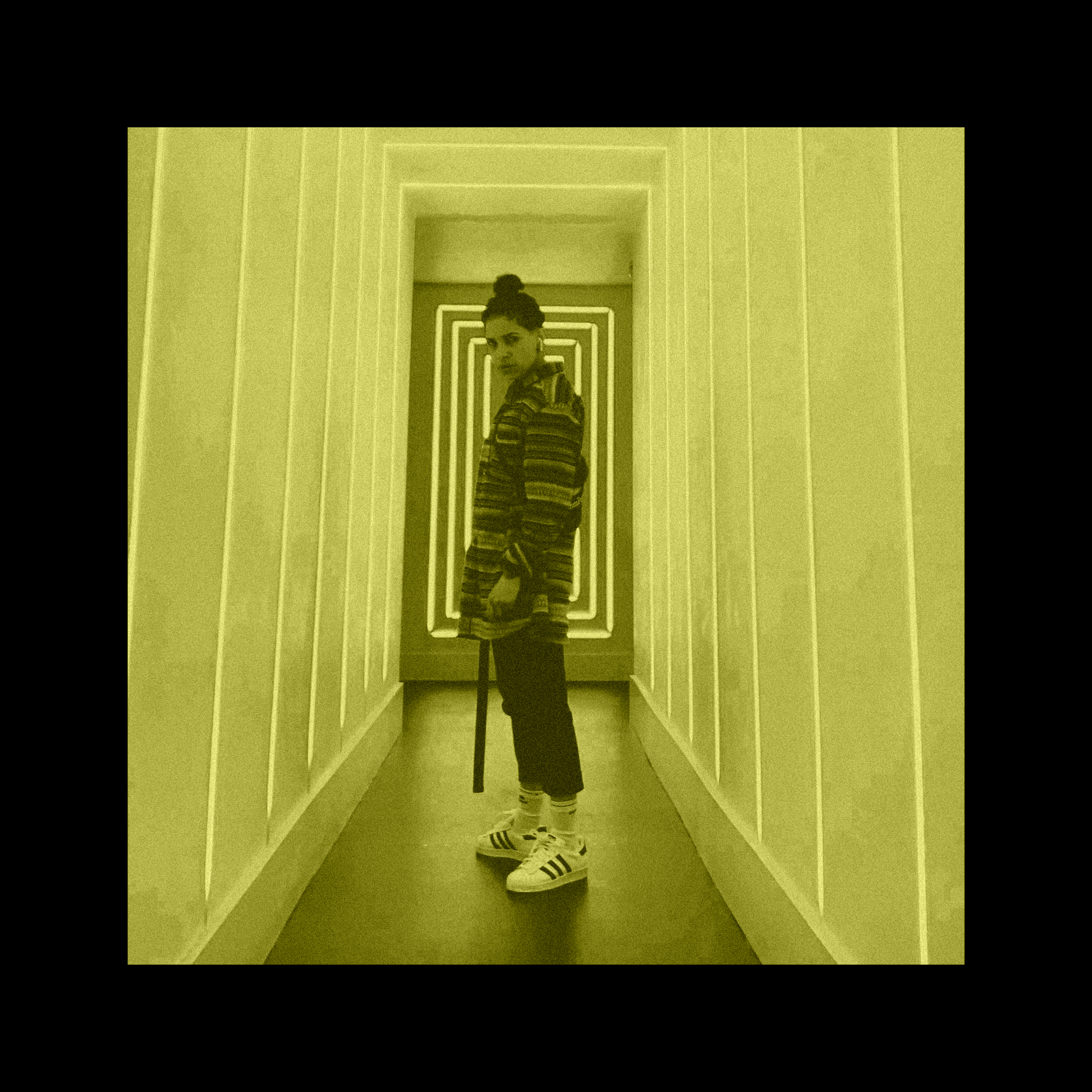 Soon, she was frequenting Red Bull Radio and various other studios. She recorded a freestyle with Wiley’s producer, Morpheus, and worked with Grime MC and producer P Money on ‘Bop Through Ya Manor.’ The track was released five months ago and has garnered plenty of attention online, but Shell is still waiting patiently on the backburner, understanding that she needs something unique to make it.

“I’ve sat on the sidelines, thought about it and watched what everyone else is doing,” she says. “I feel like I’ve come in to be the opposite of what’s happening right now, hence me having a potty mouth. I feel like everyone has forgotten the meaning of grime, or at least how I remember it. It used to be really mad and people would go for it, but now everyone seems to have calmed down. I don’t know if that’s for commercial purposes, but I thought I’d come in at a different angle with some harsh words.”

A big part of Shell’s music is her sexuality. She’s gay, and not shy about it, sharing the bars “Cindy kissed Barbie, and Ken got replaced” in her first-ever freestyle for the hashtag competition. There’s been no backlash for being open about her sexuality, Shell explains, a stark contrast from growing up in an area that was “really homophobic”. Moving to London for five years helped Shell to come out. “By the time I came back to Northampton, I was who I was and nobody could tell me anything,” she laughs. Now, she’s channelling it into her creative output, but she’s ready for what she seems to think is the inevitable negative feedback.

Want more? Get to know Zamilska and Baltra