We speak to DāM-FunK on the phone from his digs in L.A. to talk Prince, Snoop Dogg, Shalamar and so much more...

When DāM-FunK, aka Damon G. Riddick, answers the phone from his LA home, the funk is soon clear. With a heavily-reclined voice not disimilar to that of Snoop Dogg, who he collaborated with on 2013’s ‘7 Days Of Funk’ album, he exudes positivity, grace and charisma, putting on voices to play out characters and talking at length on multiple topics.

There’s the pleasure of running his own Glydezone label, aspirations to bring his Funkmosphere party — which ran weekly for eleven years in LA — to the musical openness of Europe, and how Detroit’s legacy of techno is hardly mentioned by those benefiting from it. Having constantly paid respect to funk’s forefathers, he also points out that he coined the term ‘modern funk’, which has morphed into the likes of Bruno Mars. Then there’s the current state of the world, how Trump’s MAGA message is really a dog- whistle to racists to “make America white again”. He asks instead: “Why can’t it be make America for everyone?”

If his lyrics, he says, are beginning to encompass the political, as on 2015’s ‘Surveillance Escape’, his sound is still a panacea for dark times. Releasing the smooth, four-four driven constructions of ‘Architecture II’ in the summer, he’s followed it up with ‘Private Life II’, a seven- track EP of spacier sounds under his Garrett moniker. He promises more music is on the way, including a possible album next year and a collaboration with Omar S. This last link ties into recent forays into house, and a Dekmantel mix that revealed his considerable chops as an eclectic DJ. Talking Mr Fingers, Moodymann and Milli Vanilli, we got a taste of the funk... 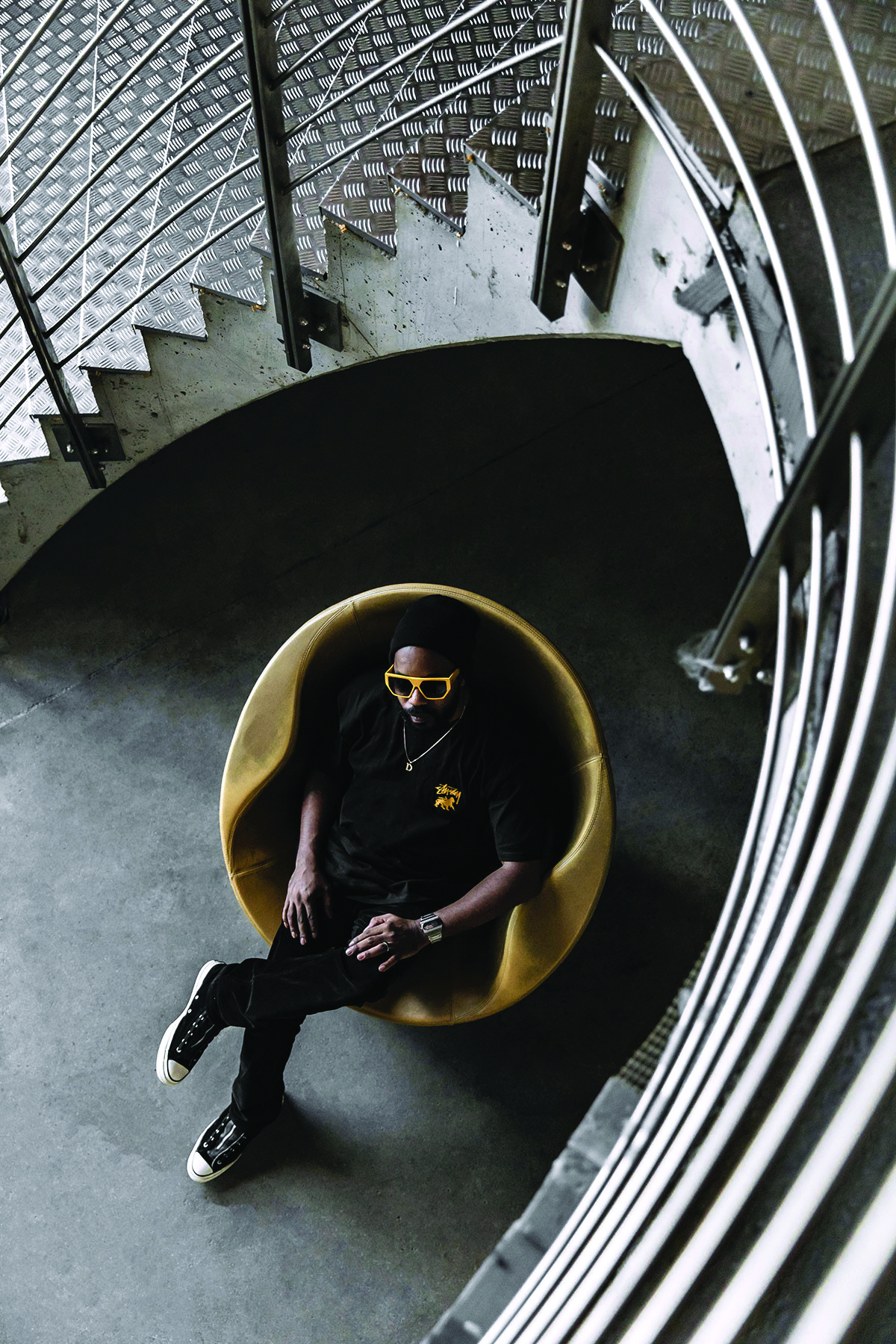 You have projects based around your first and middle names. How do they differ?
“I don’t know who Garrett is, but he’s a different part of the Gemini mind. I do know that Garrett is more into ambient styles of funk where you can just relax, look at sunsets and get introspective. DāM-FunK is on the level of the stuff I grew up with, the OGs of funk, as well as new wave and pop, Prefab Sprout, stuff like that.”

Prefab Sprout were on your Dekmantel mix, alongside lots of house music. Where did you get your house schooling?
“With that mix I wanted to show my other side and not be typecast as the boogie funk guy. I’ve always been into house music. In the early ‘90s I’d buy records on Melrose Boulevard, driving from Pasadena to LA in my Chevy Spectrum. While my friends were into A Tribe Called Quest and De La Soul, I was into what was coming out of Chicago and Detroit at the time. I didn’t care about the culture, I wasn’t going to any clubs with big bell- bottom jeans or glow-sticks, I just loved how the music sounded. I was looking for new black sounds. What sticks out was what Mr Fingers was doing, and music that was coming out on Alleviated, the stuff from Carl Craig.

"My friends were getting deeper into Das EFX and NWA. I was digging the rap stuff that was going on, but I was never that kid who was afraid to go to the store where house music was playing. The chords and the electronic part of the production appealed to me, because I was making music in my bedroom with drum machines and synthesizers.”

Did you ever meet your hero Prince?
“I didn’t, and I’m glad I didn’t. One of my other favorite producers, Leon Sylvers III, who produced Shalamar and Lakeside and The Whispers, met him. He told me they played ping-pong with each other. I want my thoughts of Prince to be just the music, the poster on my wall and the way he made me feel when I listened to ‘1999’ from beginning to end. You know what they say, it’s better not to meet your heroes. I’ve met some of mine, and some things have changed afterwards.

“I like it that I can keep Prince in a particular compartment in my heart and soul. Me and Moodymann definitely both relate to the Prince aesthetic, just keeping things funky and cool and stylish.”

We heard you worked on Milli Vanilli’s comeback record. How did that happen?
“If you take all the stigma away, those guys were influenced by Shalamar, and UK bands like Loose Ends and Scritti Politti, that’s where they got the name Milli Vanilli. When it was time for them to come back after the debacle at the American Music Awards, they decided to make the record they really wanted to make. Leon Sylvers III, whose tutelage I was under then, was invited to produce it alongside some of the band Switch, so I drove to Reno in Nevada. They had a nice studio filled with keyboards, it was like a Willy Wonka toy store for musicians. But they were partying a lot at these ranches.

“Time began to stand still and drove back to LA. I still have a song on cassette tape that I’ll share one day. I’m sitting on so much stuff, it’s ridiculous. But that’s a whole other story.”