Jlin is the visionary artist fusing complex electronics with ballet

Jlin is the visionary artist fusing complex electronics with ballet

Having become a staple of the Planet Mu roster, Jlin’s experimental sonics have seen her captivate club-goers and festival crowds around the globe. Now the US producer has opened herself up to a whole new audience and world of potential — composing a ballet, and in the process, achieving a lifelong ambition...

"I’m sorry that this is rambled as shit, I’m in the middle of running around and getting ready to go to Whole Foods for my mom.” Jerrilyn Patton is apologising via speakerphone from her car as she drives down one of her hometown roads in Gary, Indiana. Known to most as Jlin, a producer with a proclivity for intricate, metallic, thrilling electronics shrouded in a crepuscular sense of enigma, it’s more than a little surprising (if not totally jarring) hearing her talking about something quite so ordinary and mundane as going grocery shopping.

It turns out her girlfriend is in town, and accordingly the artist hadn’t really been planning on working at all over the weekend, let alone doing Friday afternoon phone interviews with strangers on the other side of the planet. She’s openly annoyed, in fact, but her honesty and apologetic nature about not really being in the mood (“no disrespect to you”) is refreshingly, engagingly frank.

But then, Jlin’s not exactly one to get too bogged down in expectations and perceptions of who or what she should be — her breakthrough came in 2015 with her ‘Dark Energy’ album for Planet Mu, and though its foundations were steeped in footwork, it was unlike anything that the Chicago genre had encompassed before. And now, again pushing right through the boundaries of expectation, we’re having this call to talk about ‘Autobiography’, esteemed choreographer and director Wayne McGregor’s award-winning ballet that she has composed the score for.

With any given piece of work, she says, the reception to it is hardly her primary concern: “I just create the music, after that I have no control over whether people like it, hate it or are indifferent. I’m not just sitting there twiddling my thumbs thinking ‘This better be number 1’, that’s not me at all. I don’t think any artist should be like that, you know? When I look at these artists and they have expected sales and shit, I’m just like... No. I can’t do that, I don’t do expected sales. I create. I’m a creator, that’s what I do. I write, I make the music. You like it? Beautiful. You hate it? Fine. You’re not sure how to feel about it — sometimes that’s great because that means we’re on the same page sometimes.” 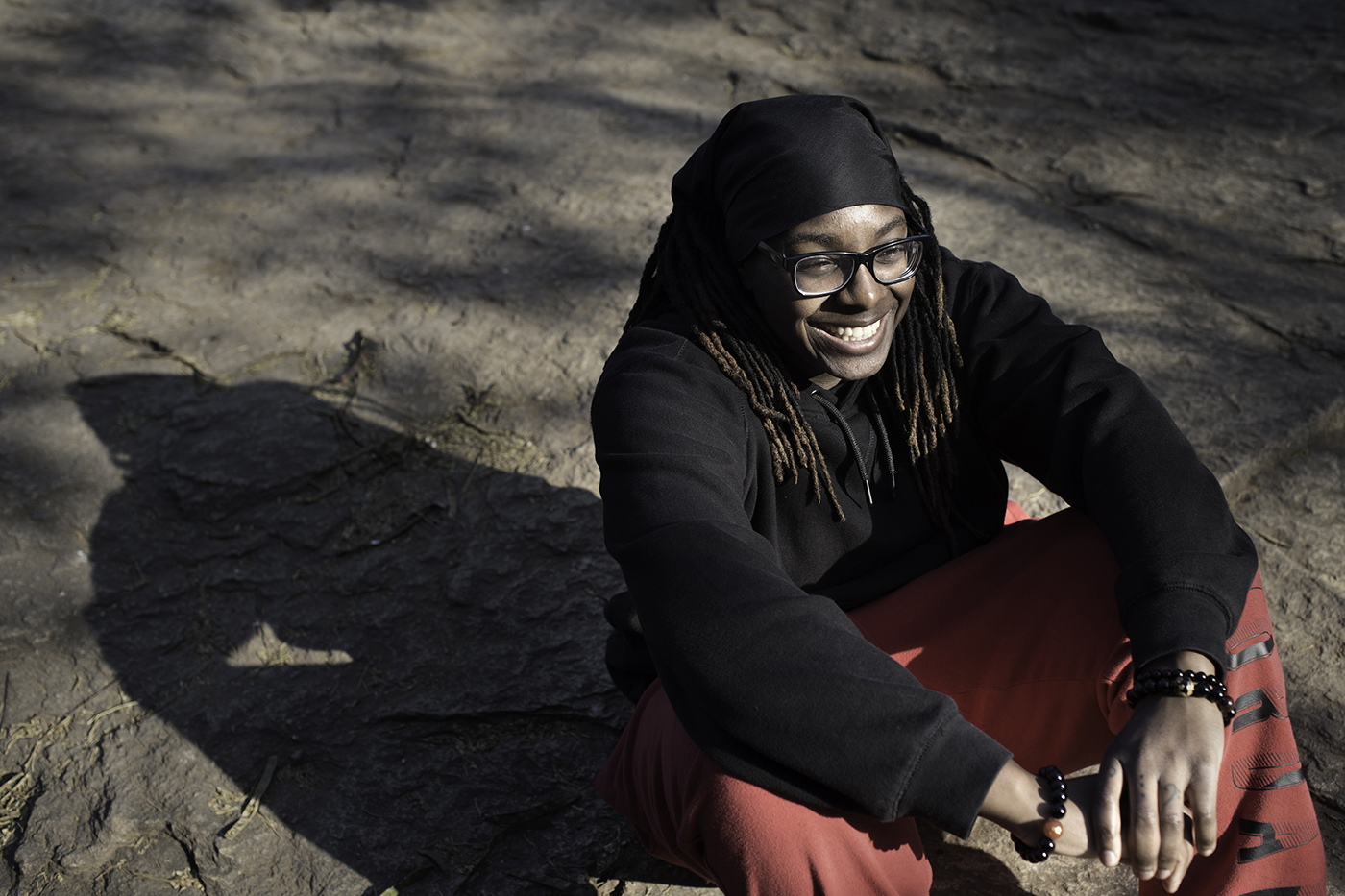 Possibly this grounded nature comes from the fact that — famously — she was a steel mill worker in her hometown of Gary, Indiana, while developing her music when she started out. Gary is still very much home, she says, and though she’s tempted by the prospect of living elsewhere, it will always be a place of special meaning to her. "If a person is from outside of Gary, they see a lot of abandoned buildings — it’s like, ‘Oh it’s this, oh it’s that’ — but for me, I’ve seen it from being a little girl until this point and it’s got it’s own thing. It’s almost like its own culture, its own richness.”

Jlin has always said that her location has had little bearing on her sound (“I create from the space of myself,” she says now), and yet the wider context of the States in its current political state is surely impossible to keep out of any contemporary art. “I’m gonna say it like Nina Simone said it: I don’t know how the hell you can be an artist and not implement the times that you’re in. I don’t know how the hell you can do it. To me I think it’s insulting, and you have to be in a complete fucking daze, to be honest. We live in a society where every other person has anxiety, you can’t ignore that.”

Of course, art and social media are both giving voice to these anxieties — and for all that this can be bleak and harrowing, it can also catalyse change. With that said, these changes can sometimes seem more than a little performative: we talk, for example, about festivals and promoters setting targets years in the future to include more women on their line-ups, and endless ‘diversity’ showcases in the industry. “Everybody does it like it’s a big damn production, and it shouldn’t even be like that,” she sighs. “It shouldn’t be like, ‘Let’s make a big grand deal about this because we promote diversity! We promote diversity!’ That drives me nuts. It’s almost like a slap in the face, it really is. It’s like fuck, why can’t this just be normal?”

In interviews before, Jlin has spoken about how much of a fight creating music is for her (“I’m never satisfied as an individual musically,” she tells DJ Mag), and we discuss how this is a feeling perhaps rooted in being a black woman in a very white industry. “So I had a conversation with Klein where we were kinda touching on this,” she says. “When you are a person of colour there’s almost room for no mistakes. You can’t afford to make a mistake, you don’t have the privilege of making a mistake. I see a lot of my friends who are not of colour having a great time in their career. I do enjoy my career, but I can’t be as relaxed in it because I am a person of colour.”

She talks with enthusiasm about how society and people need to learn to embrace their failures and learn from them, but is also aware of how that might be more difficult for people from marginalised backgrounds. Jlin’s being of African descent, however, is something she credits to her extraordinary grasp of percussion and polyrhythms — “For Africans, the original drum is your heartbeat,” she says at one point. Her work has always been tied up with bodies, notably her work with Indian dancer and movement artist Avril Stormy Unger. Which is why her collaboration with McGregor makes perfect sense. 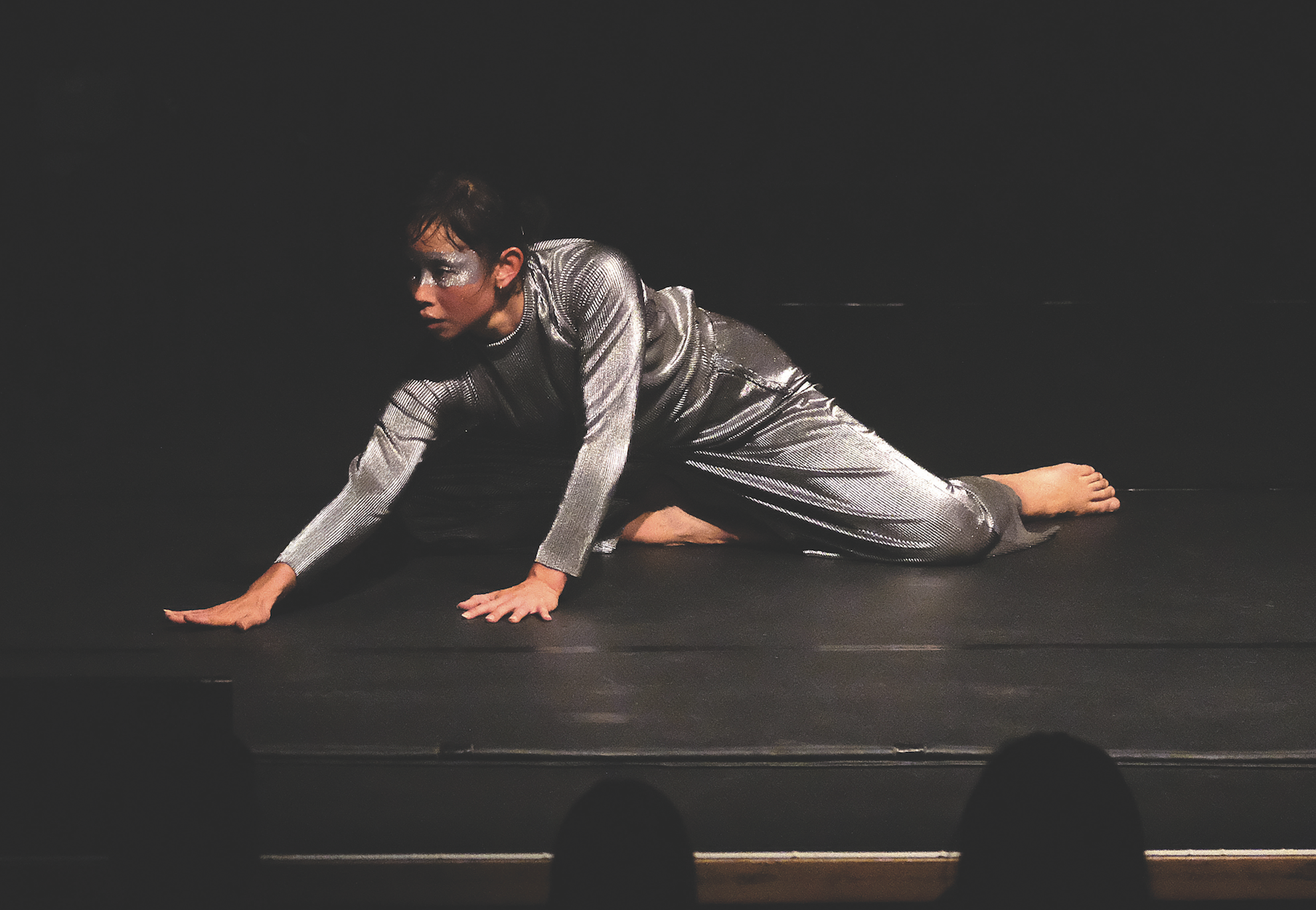 BALLET
‘Autobiography’ finds McGregor interrogating his body as an archive, with the work using dance as a self-portrait tied up in the sequencing of his own genome. Jlin’s whirring, dusky, mesmerising score for the ballet is about to be released, and, she explains, the project was something of a dream come true for her: “[When I was younger] I really just wanted to go to a ballet, and my friends used to always think I was so weird because I didn’t want to do typical things like go to the club.”

She adds that, in fact, she still isn’t a huge fan of clubs — “I’ve never been a club person. My goal after a performance is just to get back to the hotel... I hope no one takes that personally”. This seems unusual for an artist whose work seems to deeply link percussion and movement and the night-time, but she isn’t keen to elaborate so we get back to ballet.

“I’d never seen a ballet, I’d just always wanted to go to one”, she says, and you can feel her palpable awe down the line, “So going to one the first time, and then you’re the person that composed for it? Overwhelming. And then my mother was there to witness it? Completely overwhelming. She probably would be the better person to ask that question to!”

Though laughing, she’s quick to highlight how for a woman working in a steel mill in Gary to then be composing a ballet is definitely subverting expectations: “I mean... that’s a jump! When I went to go see that first ballet in Sadler’s Wells, my whole life flashed before my eyes when it happened. And I thought that was just a saying, but it really did.”Jlin is effusive about her time with McGregor — she says she knew as soon as they first met, in a hotel in October 2016, that their collaboration would work: “He’s such a gem of a person, a beautiful person — he’s a very free spirit, and so am I. In meeting him, our vibes just matched instantly, and that was the start of being able to do this. Because I think if we had started off on the wrong foot this would not have worked at all, especially because he is such a standalone, and I consider myself to be a standalone.” The collaboration worked very freely, she says, with McGregor never stepping in (“He told me, ‘I just want you to create’”) but also remaining very much in sync with her. She would create the score while he created the choreography simultaneously which, she says, “Made it feel more real”.

Indeed, ‘Autobiography’ would consume her over the time of its creation — everyday she would start work at 2am and finish at 6pm, such was her commitment and fascination with the project. Her tireless work on the ballet is largely why she considers ‘Black Origami’ — widely thought to be one of 2017’s best albums — to be “the neglected child”.

“I neglected her so that I could start the ballet. So”, she laughs but then immediately groans, “I just have mixed feelings for her. She wasn’t exactly raised like ‘Dark Energy’ was. [But] I appreciate that you guys took her into your homes. I do, I really do.”

Our time is running short, she has reached the store, and is starting to sound impatient. For all the aspiration fulfillment of the ballet, there still seems to be a sense of frustration with the world emanating from the artist down the line. We talk, finally, about what gives Jlin hope.

“I’ve been listening to a lot of contemporary classical music lately, and particularly like...Philip Glass and Max Richter,” she says, with slow consideration. “I love the simplicity that is so complex. And that gives me hope, in terms of music. In my personal life, it can change by the second. Right now, in this very moment, as we speak, as I drive this car to Whole Foods, what’s giving me hope is that my girlfriend is visiting for the first time to the United States from India. She’s met my parents, my parents love her, and those kinds of things give me hope. I’m very happy right now.”

She laughs, and that engaging openness she started out with remains very clear, like sunshine through the dusky clouds. “I know it sounds like — no J, you’re not. But I am, I swear.”