Joey Negro joins DJ Mag for a panel this Tuesday

Joey Negro is set to join DJ Mag this Tuesday, 4th July to discuss his new disco masterpiece ‘Produced with Love’. The chat and album listening session are free for those on the guestlist.

Born Dave Lee, the British producer/remixer/DJ has been a longtime proponent of soulful, disco-tinged, vocal records; his Joey Negro alias respected for his artistic precision. Along with Nile Rodgers, Daft Punk, Jamiroquai and Dimitri From Paris, Negro’s one of the few talents that has kept the disco fire burning.

‘Produced with Love’ is only the second full-length Negro release, and the first in two decades.

“Unfortunately between starting and finishing the project the supremely talented Diane Charlemagne, the singer/songwriter who I co-wrote many songs with over last 10 years very sadly passed away,” mentions Negro via press release. “We had a great working relationship, which was both fun and honest. Most of my final collaborations with Diane, ‘Overnight Sensation’, ‘Prove That You're Feeling Me’ and the partly re-written remake of ‘Must Be The Music’ are on this album.”

The disco stalwart will reveal more insights this Tuesday. Watch live from home and be sure to follow the Panel’s dedicated Facebook page for forthcoming content reminders.

For the foreseeable future, DJ Mag will be hosting a live panel every Tuesday. Keep an eye on the Panels page for subsequent details and to watch videos of former panels with the likes of DJ Hell, Goldie, and Daedelus.

Download ‘Produced with Love’ ahead of the panel here. And check out the cover artwork below. 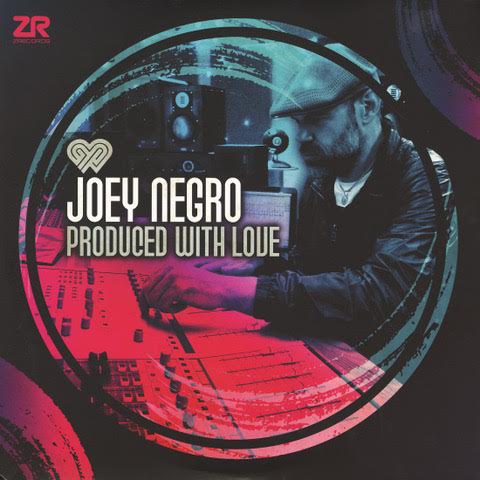