Kölsch: In The Studio | DJMagAdmin.com Skip to main content

Kölsch: In The Studio

Kölsch: In The Studio

What did your studio look like when you first started?
Kölsch: "My first kit was an Amiga 500 and headphones. Made my two first records with Fast Tracker 2, and it was so hard to learn. The Amiga had four channels – two right and two left. I would mess around with the cables, so it was all mono. Thinking back on it, I was all about hacking my equipment to get the most out of it. After a while I added a minidisc player, and I would record synths everywhere I could, then sample them with my Amiga."

What bit of kit or software has had the biggest impact on your sound?
"When I switched from Logic to Ableton in 2004, it changed the way I make music completely. The speed and agility it had compared to anything available at the time was just mind-blowing. It seemed like making music became fun again, and the mistakes I made wouldn’t take three days to fix. Still to this day, it feels like the perfect extension of my mind. It's just so easy to get ideas down."

What piece of gear could you not live without?
"I'd say my laptop for sure. It is what I work on 90% of the time. Other than that it would have to be my LOWREY Organ. I've had it forever, and I’ve used to auto-chord functions for inspiration so many times. Tracks of mine such as 'Goldfish' came from there. It is actually my aunts, and I had recorded a lot of it on my minidisc back in the early ’90s. Around 2002 she was getting rid of it, so I had it driven to Denmark. It still sounds great."

What advice would you give to a new producer who’s looking to build a studio?
"Laptop, headphones, Ableton. That's all you need. Everything else from there on is just luxury." 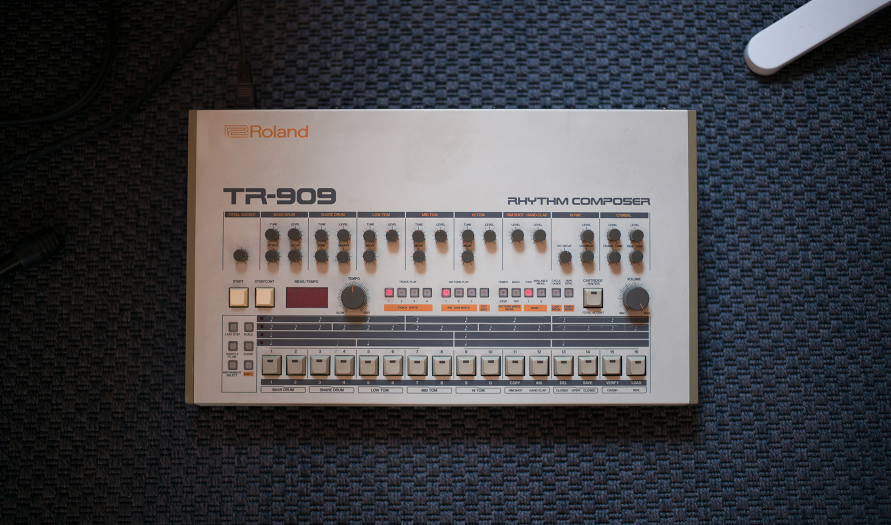 Roland TR-909
"My most recent buy. I got it of an old friend and he had lent it to Jeff Mills for a show in Copenhagen. This 909 has a Patch programmed by the 909 king himself, and it sounds incredible." 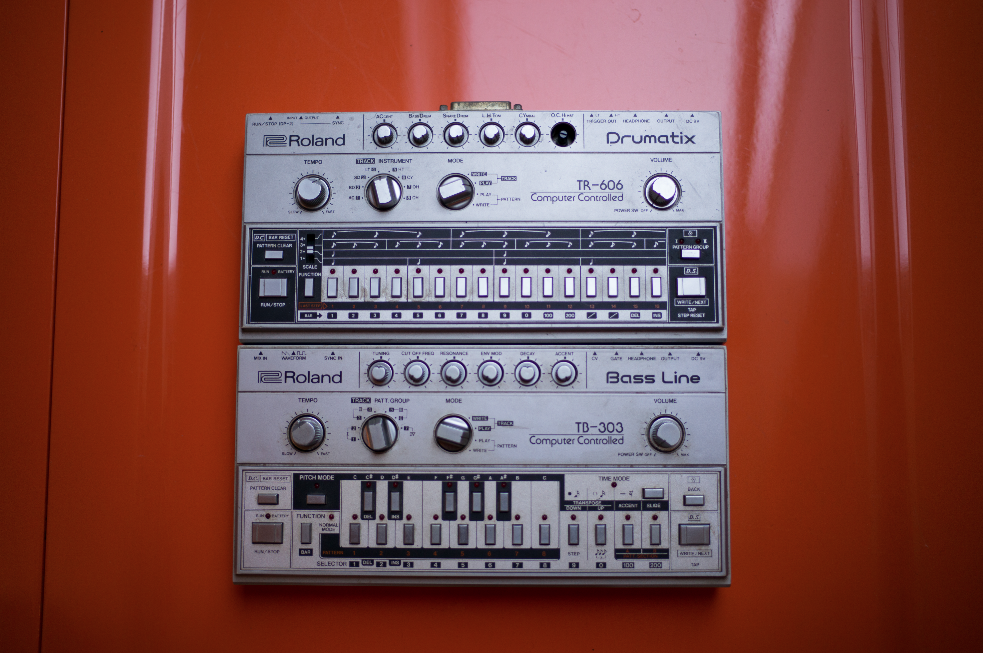 Roland TR-303 & TR-606
"The [TR-]606 was one of the first pieces of hardware I bought, and last year around 23 years later I finally got my hand on an original [TB-]303. It was owned by a very famous Danish jazz musician, and still had most of the factory patches on it. It is still such an amazing machine. No clone measures up to the original." 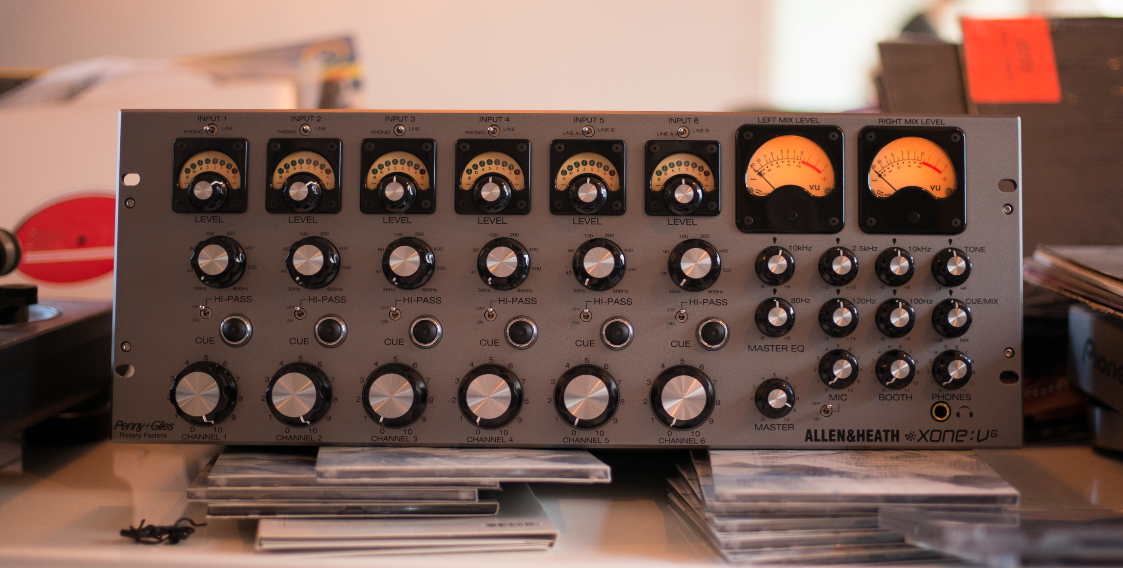 Allen & Heath V6 Mixer
"I've been lusting for this mixer since it came out in 2004. It was and is so beautiful, and the sound is just incredible. Last year I was contacted by Andy Rigby-Jones who was the original designer of the V6. He had bought back spareparts from A&H and was in the process of building three new V6s with upgraded circuitry and valves on all channels. I jumped at the chance to own one of these immediately." 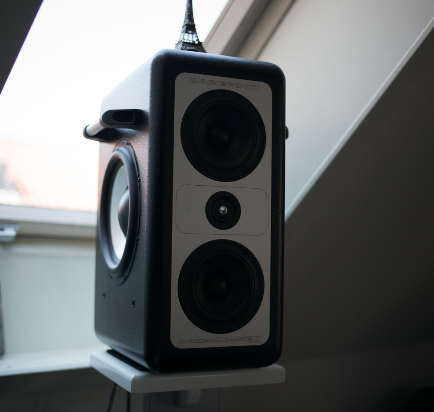 Barefoot Soundspeaker
"I've been through a lot of studio monitors over the years, and I always felt that I could not define the bass well enough on them. There was always this gap between sub and mid that was all woolly. That was until I tried these guys. They may look small, but they sound so big. It was a huge improvement on the way I produce." 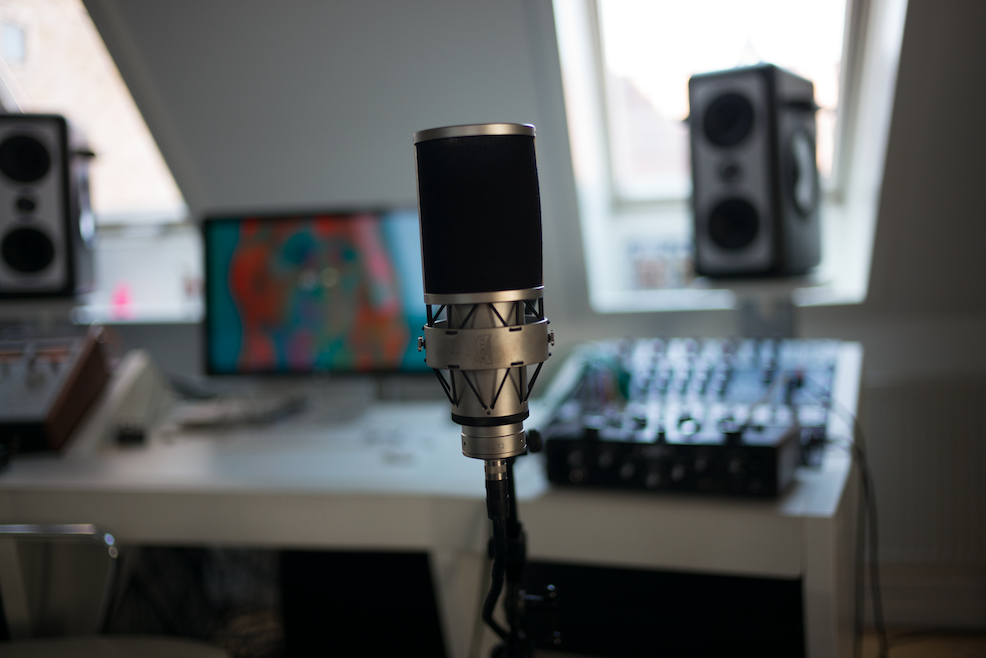 Brauner VMA Microphone
"The best mic in the world for me. I've been using it to record everything. Vocals, guitars, strings, organs you name it. It just doesn’t get better." 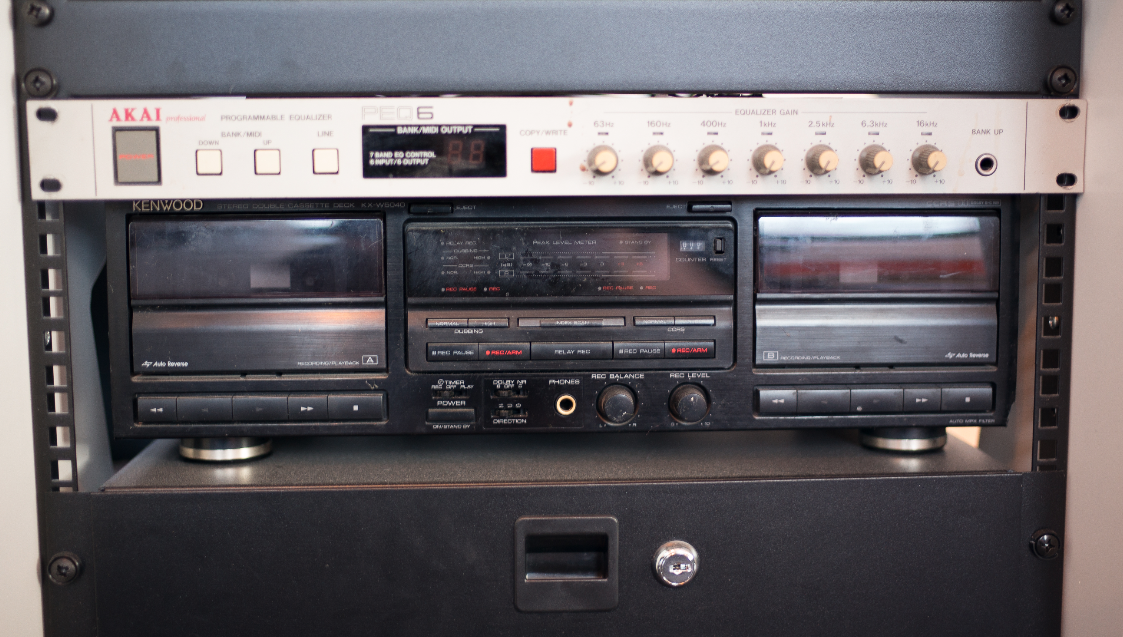 Kenwood Tape Deck
"I use this tape deck to dirty up sounds. Lately I’ve been running my hi-hats through the deck and back again. Makes the 909 cymbals sing in such a beautiful way." 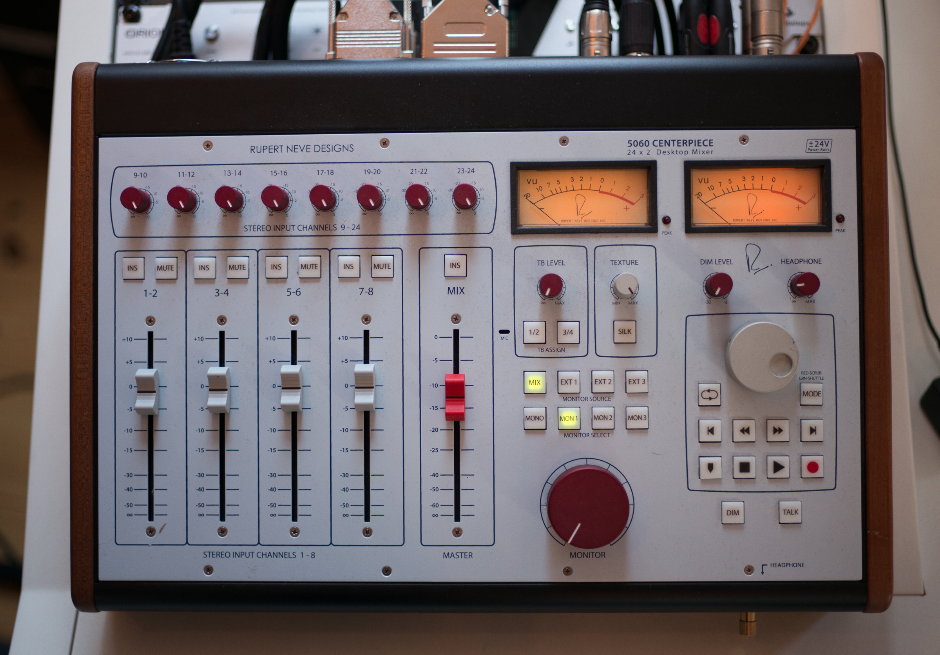 Rupert Neve 5060
"The center of my studio. I use it to control all my audio gear, and it sounds amazing. I love running it hot, and making the circuits sing. It was 24 channels and inserts on the first eight, so all my compressors and preamps are hooked up through it. All my music is summed through it as well. It's a very versatile piece of equipment." 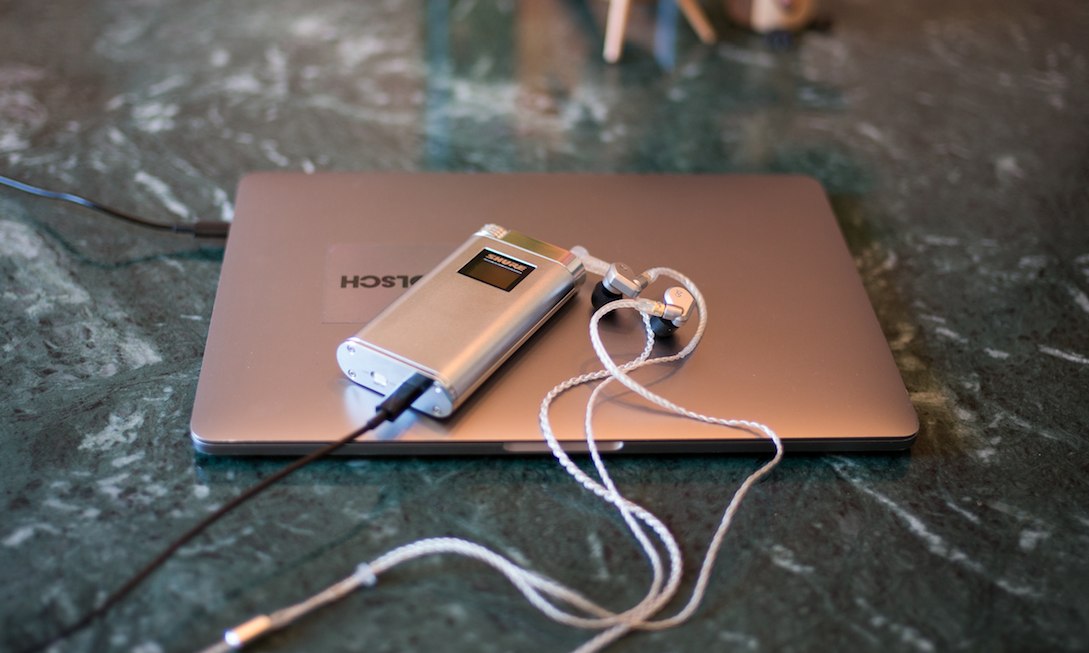 Shure DAC & Campfire Audio Vega In-ear Monitors
"In all honesty, the equipment I use the most, as I'm constantly on the road. All my demos start here, and then travel to my studio for final mixdown. The combination of a DAC and the incredible Campfire Audio Vegas is the best way to produce on the road for me." 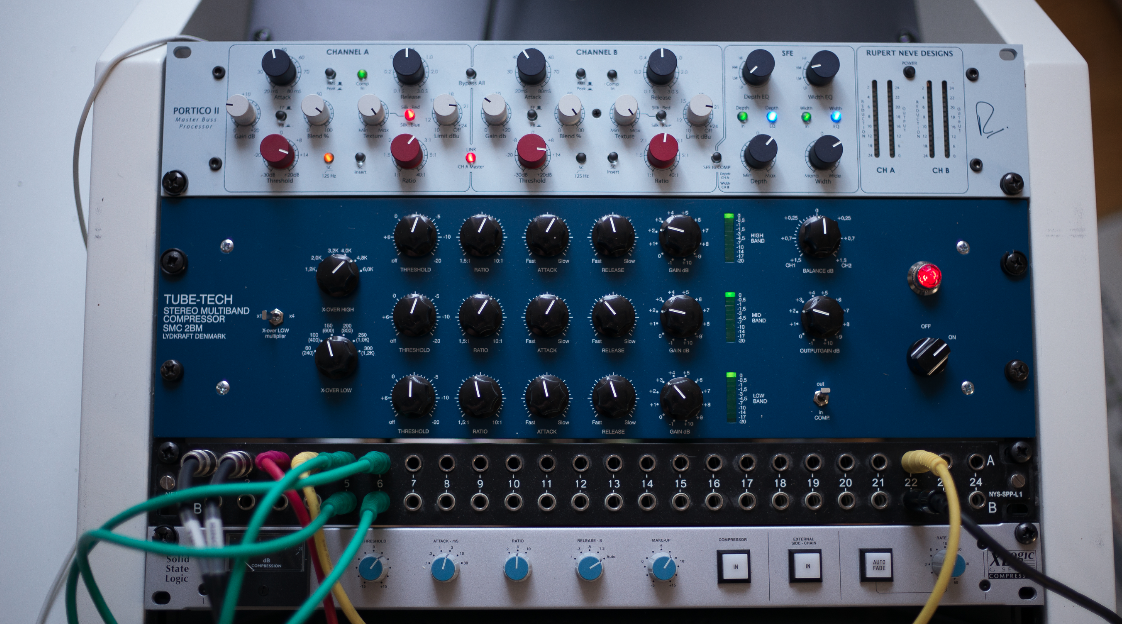 Tubetech SMC 2BM Compressor
"A silly expensive mastering compressor, but it just adds that million-dollar sound. I run everything through it and it just sounds incredible. It has an amazing way of firming up the low end, especially on big sound systems. It was the saviour on my remix of London Grammar's 'Hell to the Liars'. It really helped the bass sit right on that song."