German DJ and musician Lena Willikens is proud to be an outsider, and her leftfield approach to dance music, art and noise resonates with followers the world over. DJ Mag caught up with her to learn more about her cathartic sets, experiments in sound — and her ghostly muse...

Lena Willikens has always been an outsider. Born in the south-west German city of Stuttgart to a Hungarian architect mother and an artist father, formative childhood weekends spent in galleries and gothic churches coupled with a distinct, non-Swabian accent had her labelled "unusual" by her peers from an early age. "I was always the freak," she tells DJ Mag over Skype, half-laughing. "She's different!' She doesn't speak the same way that we speak!'"

Those years would prove prophetic, but one should not for a second think that being an outsider is something the Cologne-based DJ/producer/noise-maker sees as a bad thing. Rather, it is an identity she wears with pride, an armour that has defined her artistic trajectory up to this point. From her days as a student in Düsseldorf’s arts academy, cutting her teeth as a resident in the tiny Salon Des Amateurs club, to her current status as one of the most sought-after DJs on the European circuit, Willikens’ course has consistently been one that invokes the oddballs, punks and forgotten geniuses of 20th century music, their influence laden throughout her own tracks and remixes of S U R V I V E and Lena Platonos. Not to mention her increasingly notorious DJ sets.

In a dancefloor setting, Willikens draws from her outrageous and esoteric record collection to seamlessly fuse propulsive industrial sounds, krautrock and EBM with cavernous new-wave, post-punk and deep electronics. Elsewhere, through her archive of Sentimental Flashback shows on Radio Cómeme, one finds her exploring genres, cultures and movements from across the global and artistic spectrum, from Japanese minimalism to mysterious spoken word and sound design. It should come as no surprise, then, that when asked about her affinity with acts such as the seminal industrial trio Throbbing Gristle, she becomes far more animated than she does when discussing the glossy club universe that DJs of her calibre are so often expected to occupy.

“You could never pigeonhole Throbbing Gristle, and that was outstanding to me,” she says with a grin. “That idea of being an outsider... of being in a scene somehow, but also not really belonging in it. For me it was always like this, and it’s something I transport into music. I never had the idea of wanting to be a DJ, or of belonging to a group of people who play house and techno.” 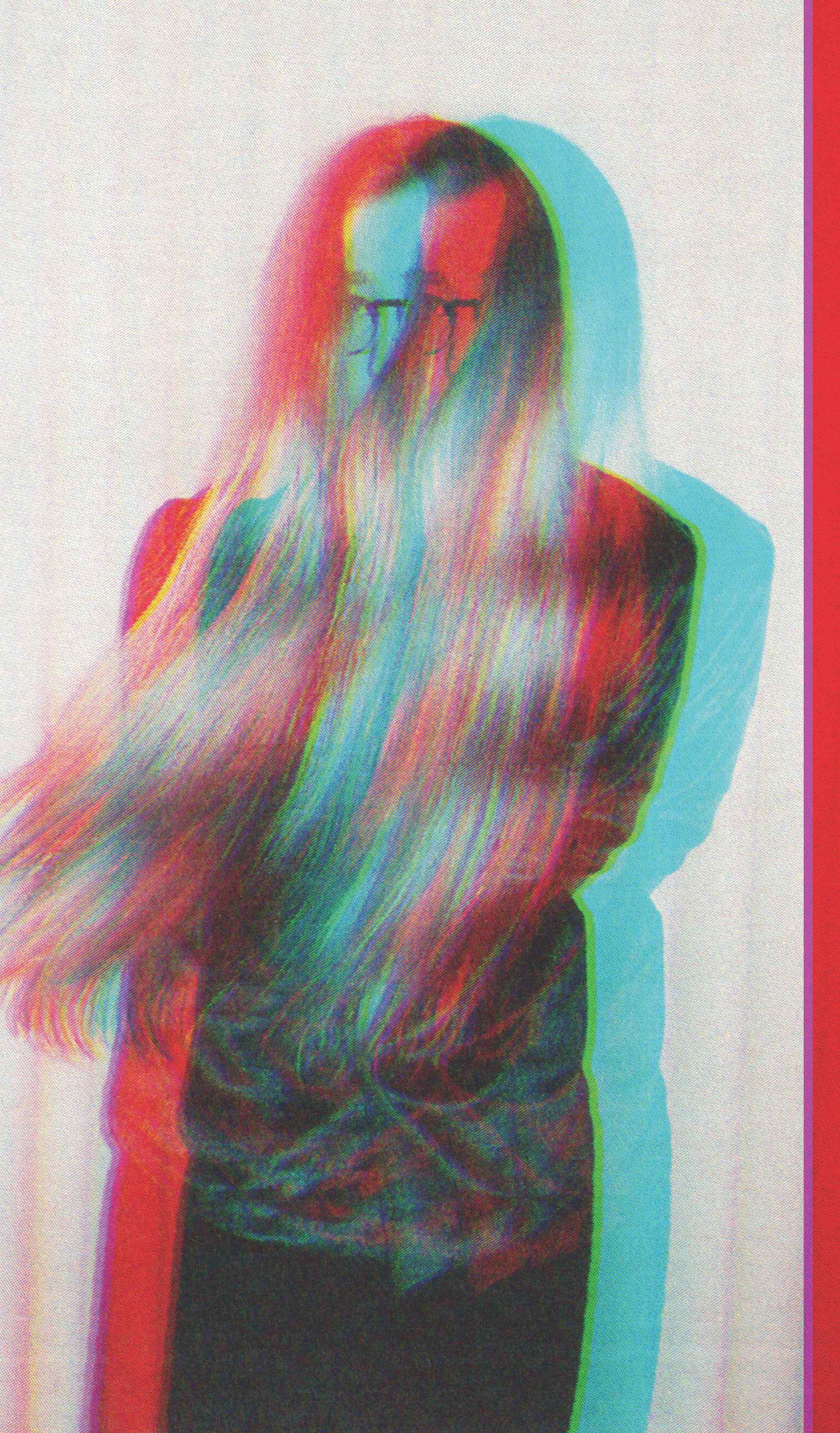 The role of Salon de Amateurs cannot be understated. A club where you’d be as likely to hear a Neu!, Sun Ra or Kraftwerk record as any other trendy dance cut, its anything-goes ethos solidified in Willikens and her contemporaries Jan Schulte, Toulouse Low Trax and Vladimir Ivkovic the value of never compromising on style, genre or attitude. At the time of our interview, Willikens is in São Paulo, sat in a recording studio surrounded by fellow artists and musicians who, under the curation of Ivkovic, are celebrating the life and work of the influential Serbia-born producer Rex Ilusivii, aka Suba, whose experimental electronic explorations made him one of Brazil’s most prominent producers before his sudden, tragic death in a studio fire in 1999.

Though not directly involved wih the project, it is artists like Suba that excite Willikens; those characters who were never properly championed, those who have constantly skirted on the fringes of "normality" and whose work redefined genres, instrumentation and artistry at every turn. Fresh off the back of a storming b2b with Ivkovic at Dekmantel São Paulo, and a subsequent four-hour-long after-party solo set, she is, despite having flu, still buzzing from the performances and sets she caught at the festival, namedropping Os Mulheres Negras, Elena Colombi, Izabel & Tako and Interstellar Funk among the best she heard. Willikens though seems endlessly amused and surprised that, for many at the festival, her own sets were among the most special.

“It was really unexpected how good the feedback was,” she laughs. “The next day Vladamir and I were walking around and there were like 40 people over the day telling us how amazing it was! I think it’s just because as a DJing couple we’re quite easily recognisable though, Vladamir with his beard and me with my glasses and long hair. We couldn’t really go undercover!”

“I have a hard time with someone telling me in musical language for two hours that the world is totally happy. I can’t really believe that"

One significant take away she had from this year’s outing in São Paulo was how intimate and characterful the stages and spaces were. It’s something Willikens values hugely when it comes to her work because, for her, music is an act of communication and personal engagement that is aided by physical closeness to a crowd. For Willikens, sharing, creating and consuming music is something that defies intellectualisation and language. These experiences, be they communal or individual, create a dialogue of their own, allowing for a sense of physical, spiritual and emotional clarity to be found where words cannot reach.

“It’s another way of communicating,” she explains. “When I talk about ‘leaving your body’, for example, I don’t feel it is escapism. It’s nothing like that. It’s to do with actually facing what you experience in life.” As such, Willikens’ DJ sets and radio shows never aspire to convey just one feeling or idea. To do that would be insincere, unfaithful to the actual experience of life with all its negativity and joy. Instead, Willikens will at one turn deliver a dark and menacing cut of harsh noise, and at the next an excitable dash of motorik groove, moving from a downtrodden sub-bass rhythm to an exuberant drum workout, mimicking a dynamic course of simply being. 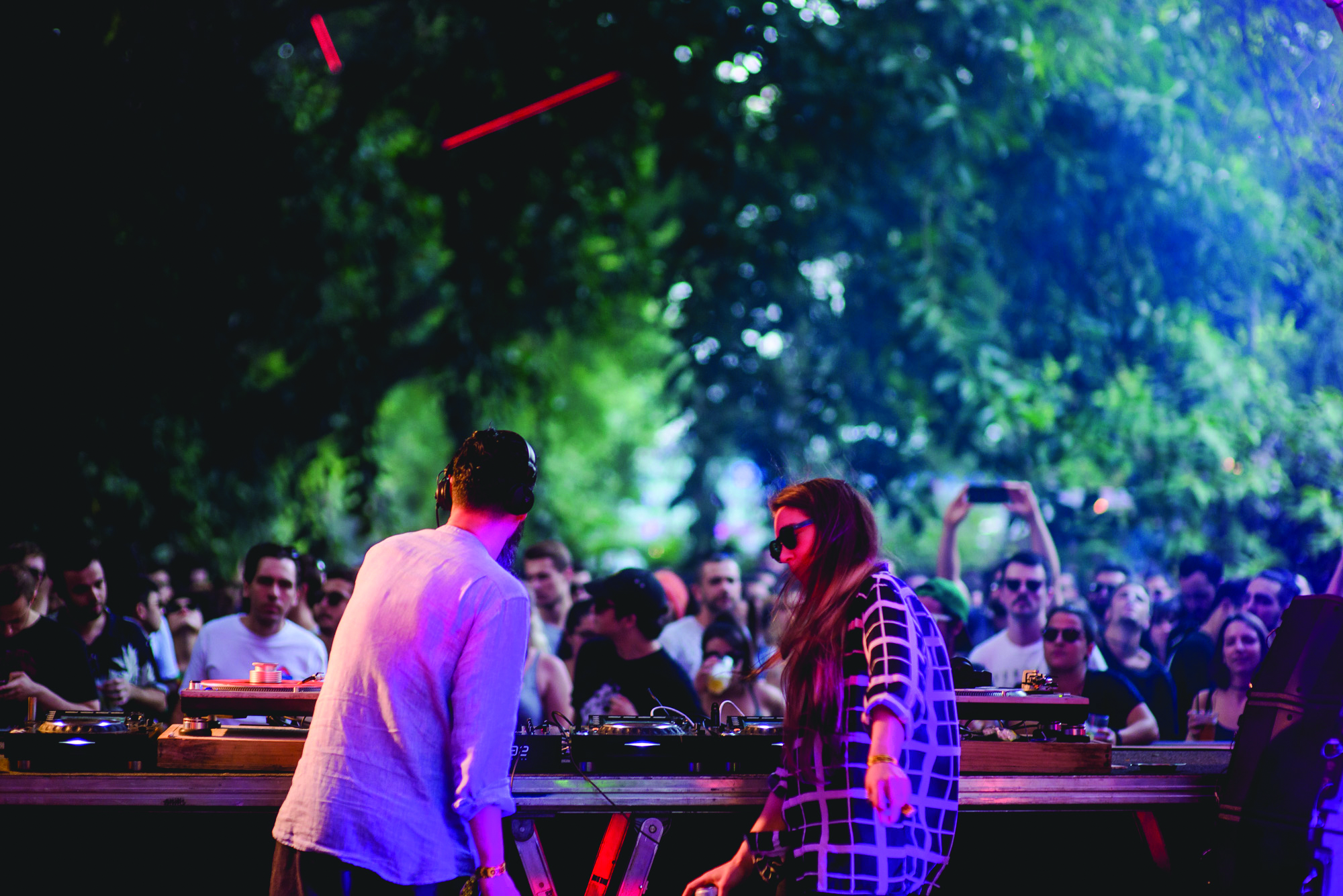 Using sound as a vehicle through which to explore those realities and to create a dialogue of experience with others is something that Willikens has spent years doing through her DJ sets and carefully curated radio mixes. When it came to self-examination though, it was in the practice of improvised noise that she found her catharsis. For several years, every Sunday, Willikens and Melani Wratil would meet in a studio in Cologne to experiment on various bits of hardware, creating drone, ambient and often ferocious noise under the name Titanoboa. Armed with a Theremin, Willikens found these days of non-stop improv to be something of immense therapeutic value, a chance to disengage the brain and to become one with the noise of the present moment. “It sounds stupid, but to me it was similar to what people who meditate do,” she says. “It was never about ‘producing’ or about the result, it was just a conversation we had with noise. And it was super healthy for me.”

"The conversation, the exchange of energy, is so important to me. And sometimes I do achieve that feeling of turning off my brain completely while doing that”

It saddens her then to admit that an immensely busy touring schedule has meant the involvement with Titanoboa has been put to rest, and that those meditative chaos sessions have simply not been possible for some time. While performing live for a crowd is something she is no stranger to — she used to play Theremin in a band with Stefan Schneider of cult electronic act To Rococco Rot — she feels that, for now, DJing and playing the music of others is fulfilling enough in that respect. “To only play my own music live and to not be able to react to the crowd is simply not my cup of tea,” she says. “At most gigs now, more people know my background and what I’m doing musically. We already have a language that we share and that makes a big difference. The conversation, the exchange of energy, is so important to me. And sometimes I do achieve that feeling of turning off my brain completely while doing that.”

Last autumn, Willikens and her friend and frequent collaborator, visual artist Sarah Szczesny, spent three months in Kyoto, Japan on a residency in the city’s Goethe-Institut. Together, as Phantom Kino Ballet, the duo crafted a 54-minute audio-visual work that fused clips of spoken word, poetry and abstract music with haunting film snippets, homemade video and costume, all coalescing to make an eerie, transportational experience that suited both artists’ experimental, curatorial minds down to the ground. Having collaborated previously on the music video series for Willikens’ 2015 EP, ‘Phantom Delia’, the opportunity to work together on a project this creatively liberating is something that Willikens describes now as “the best thing I ever did in my life”.

“We didn’t want to leave, actually,” she remembers. “We had tears in our eyes while packing. How Sarah and I worked together was something neither of us had experienced before. It was like a rework of ideas, like a constantly morphing cabinet of curiosities where we’d both bring in everything that we were fans of that we just wanted to show to people. That energy was so important.” 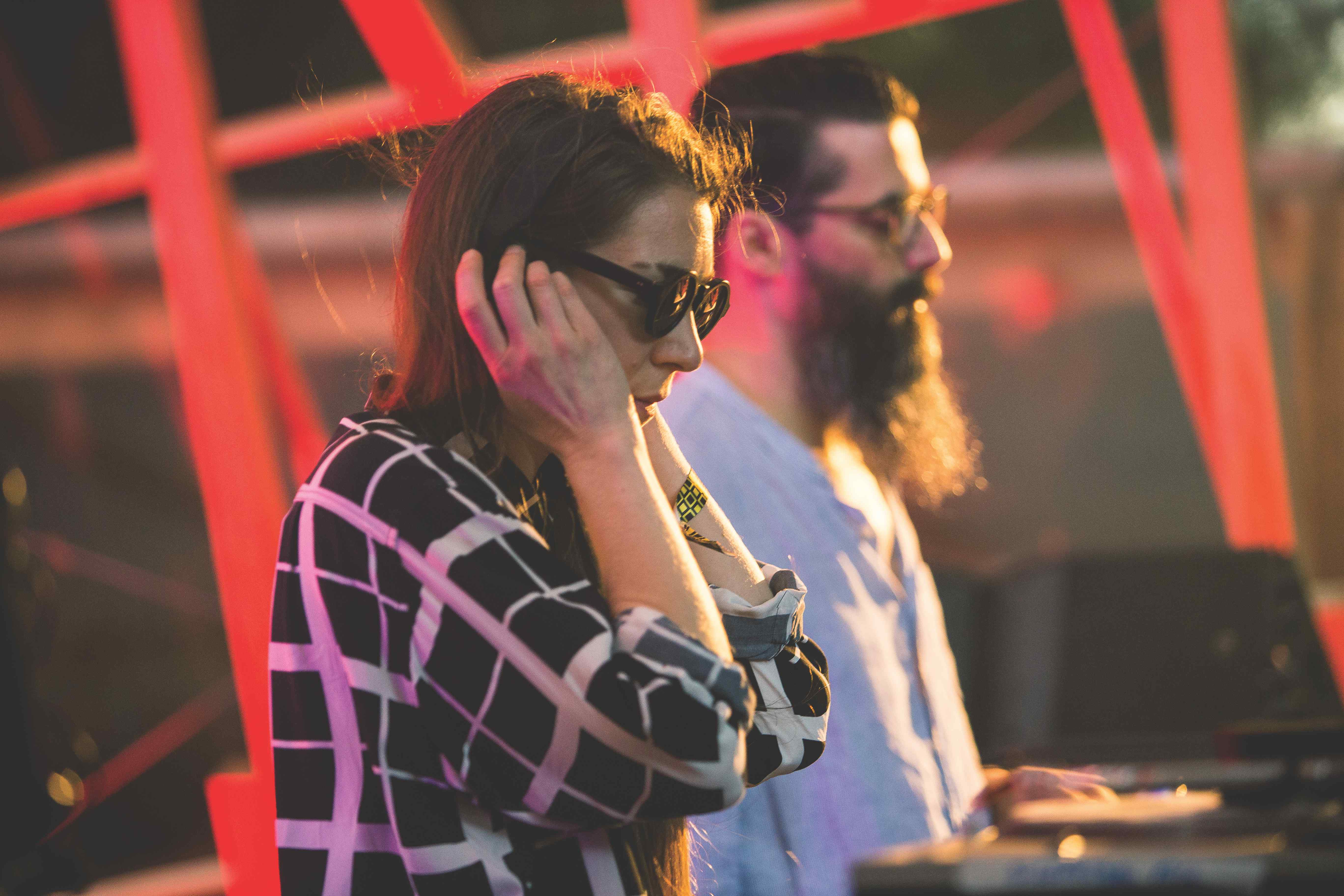 A spectre looms over Willikens as she considers and discusses these energies and non-verbal interactions that define her dark and otherworldly oeuvre. You can hear it in the haunted vocals that fill ‘Phantom Delia’ tracks such as ‘Nilpferd’ and observe it in the shadowy robes that her and Szczesny don as Phantom Kino Ballet. You can sense it in the notion that, no matter how solitary something may appear, Willikens is never alone. But who are these recurrent phantoms that she so often alludes to?

“My obsession with ghosts started when I studied art,” she explains. “You’d have a phantom friend who was just with you when you’d do art, when you’d show art. It’s so that sometimes it’s not only yourself getting ‘naked’ in a way, but your phantom too... someone who is kind of sharing the weight of it with you.”

When producing ‘Phantom Delia’, that phantom friend assumed the form of pioneering electronic composer Delia Derbyshire, whose in influence is heard throughout the EP in its whirring darkness, its off-kilter jolts and dazzling menace. The composer, whose significance went unacknowledged for years despite her having created the famous theme tune for Doctor Who, “looked after” Willikens throughout the process, she says.

Quickly, we find ourselves talking again about those uncelebrated, "outsider" artists of early electronica and minimalism again — the likes of Pauline Oliveros, Laurie Spiegel and Ellen Fullman whose massive infuence was buried for years simply because of their gender. “When I started researching [these women] I really felt anger,” she says. “Only because they were women, these electronic producers didn’t get the attention they deserved. But I feel that in the past two years with people like Suzanne Ciani and Midori Takada, more female producers are getting the attention they deserve. So there are some changes... ”

So, Lena Willikens may well be an outsider, but she is there on the fringes dancing with her phantom friends and “amateur” contemporaries while more and more, the eyes and ears of the world are being cast to those outer reaches where the music is weird and human and raw. She is standing at the helm of a new wave in musical appreciation, assuming her role as one of the puppet masters yanking at the strings of genre boundary and artistic limitation, inventing new languages by weaving together the world’s musical debris.

Lena Willikens is going to have a conversation with you. You will hear her better from the edge.