Billed as “the ultimate party destination,” Club MTV aims to celebrate and highlight club culture via its programming, which includes a mixture of EDM, urban music, crossover hits and different types of electronic genres, according to Digital TV Europe.

MTV UK is celebrating the launch of Club MTV with a 15-date UK tour that started last month and runs through the end of June.

The new Club MTV channel is not related to the off-air TV show of the same name, which aired in the US from 1987 to 1992 as part of MTV’s second generation of programming. The original Club MTV show featured dance footage and music and videos from dance hits of the day, as well as regular musical guests, which included Paula Abdul, New Kids On The Block, Debbie Harry of Blondie, Black Box, Pet Shop Boys and others.

Watch the Club MTV trailer below.

Check out the artwork and remaining dates for the Club MTV channel launch tour below. 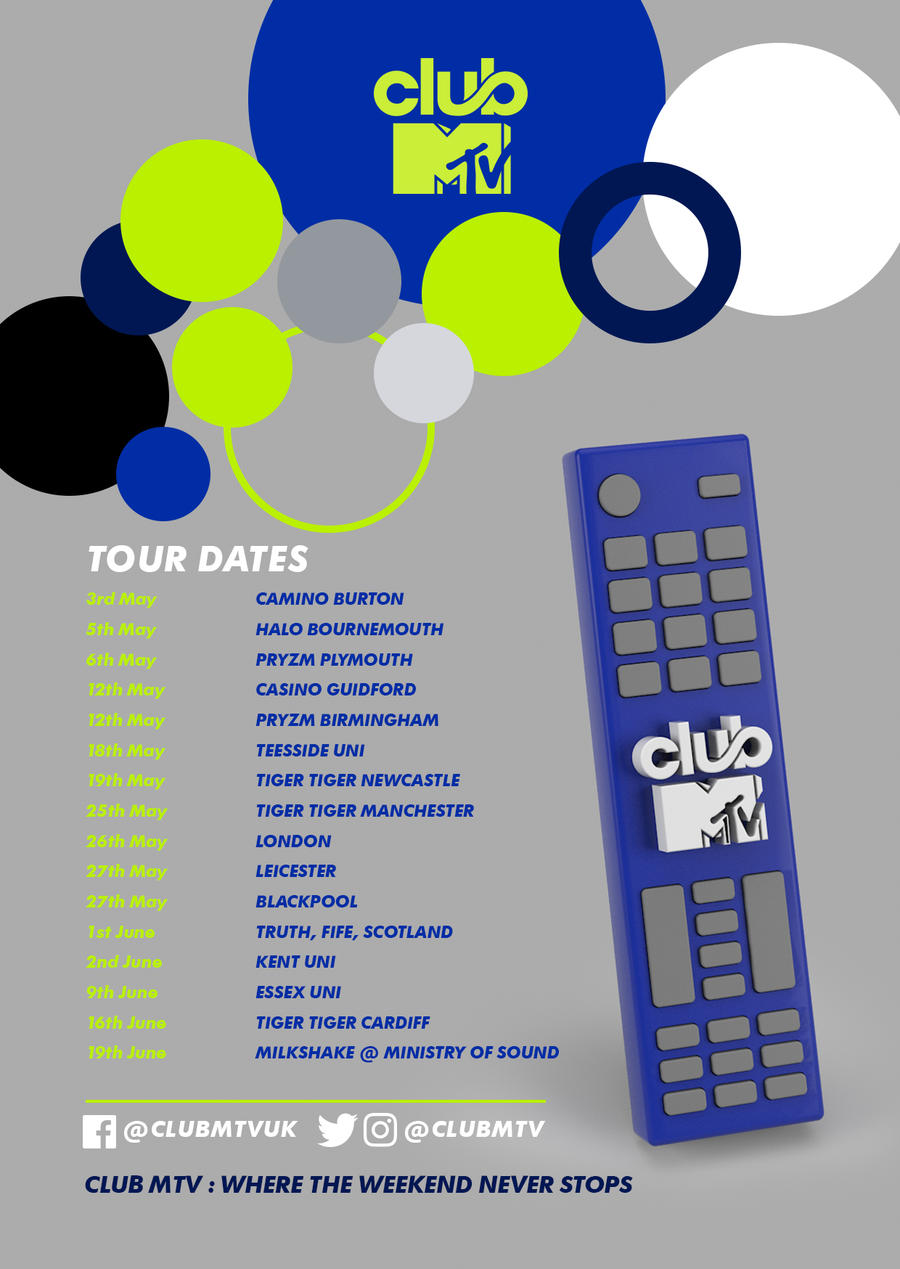