Nine artists to check out this month | DJMagAdmin.com Skip to main content

Nine artists to check out this month

Nine artists to check out this month

Each month we bring you nine acts popping off at the moment... 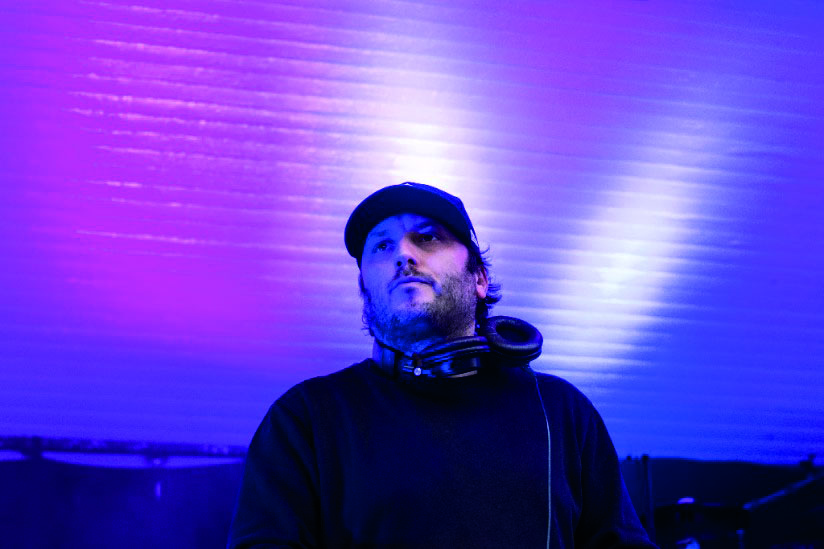 ONE half of Glasgow’s longest-running resident DJ duo Harri & Domenic, Domenic Capello is definitely not a new name. In fact, he’s without doubt one of the most experienced selectors in the UK today. However, after taking over Sub Club every Saturday night alongside (Jasper’s dad) Harri James b2b at their weekly house Subculture for the last 23 years, he’s finally stepped out of the booth and into the studio for his first ever solo EP. Landing this month on Harri & Dom’s Sub Club-backed Nautillus Rising imprint, ‘The Intruder’ is an absorbing rasp of bubbling, analogue arpeggios, with dramatic kraut synths layered to blistering, acidic effect, before the rest of this exquisite debut EP delves into deeper, more dreamy electro and techno territory. Very good things do come to those who wait! 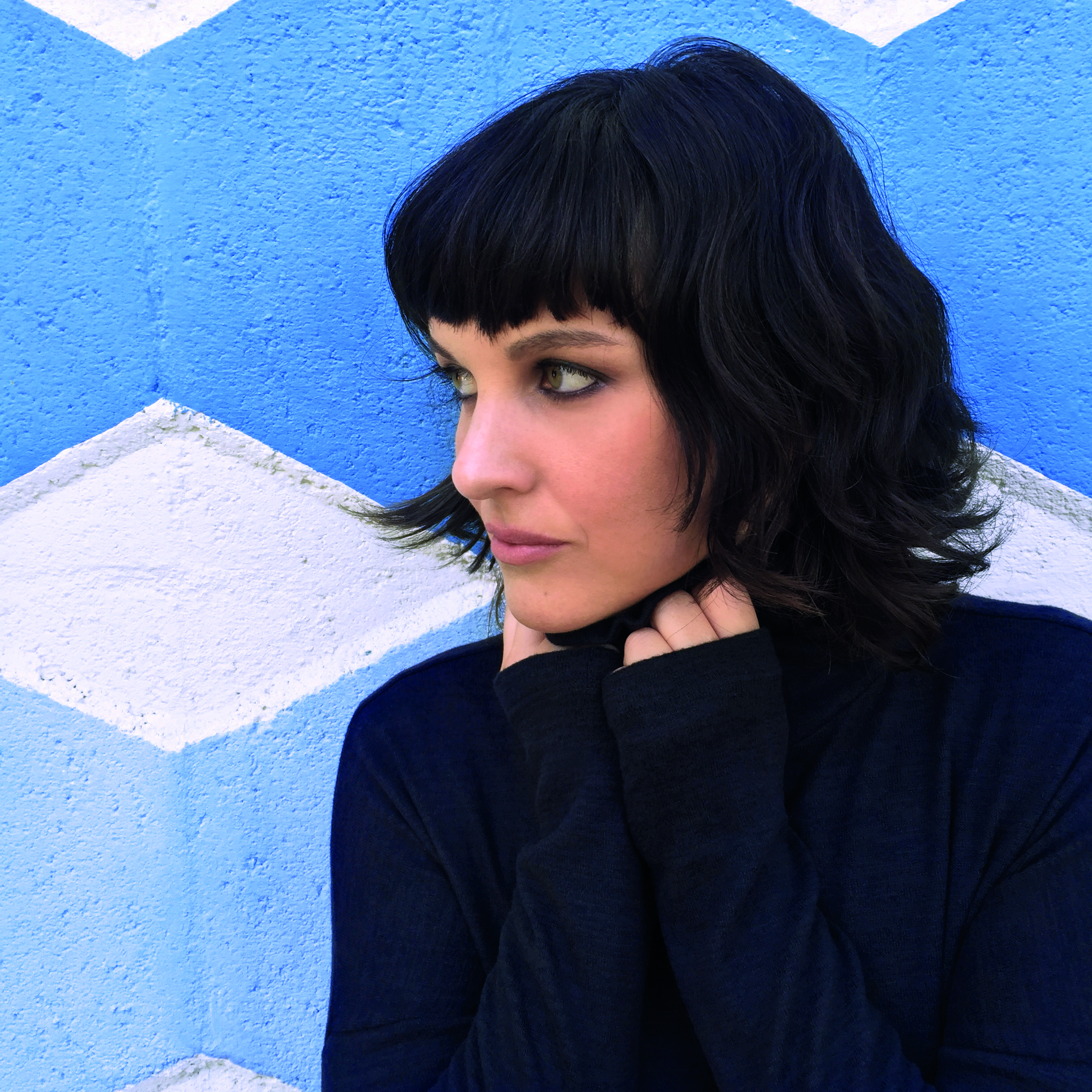 LISTENING to a mix by Ganesa (like her recent Fresh Kicks effort for DJ Mag — hint, hint!), or through the catalogue of her Jelly Bean Farm label, it’d be easy to believe you’d discovered a hidden gem of the UK bass scene. Yet she treads the same dub-influenced, break-licked techno ground as Hemlock, Durkle Disco et al from a studio just south of LA. Who said globalisation was a bad thing? A skilled spinner, Ganesa recently popped over for a mini-tour this side of the Atlantic, while her keen ear is shown through the increasingly busy JBF, which — having seen releases from the likes of Cloaka, Hypho and label “co-pilots” Rees and Squane — recently added Sensei and Mani Festo to its roster, and has a remix from Hodge on the way too. Expect to hear a lot more of Ganesa and JBF in 2018.

For fans of? Otik, Hodge, Unkey. 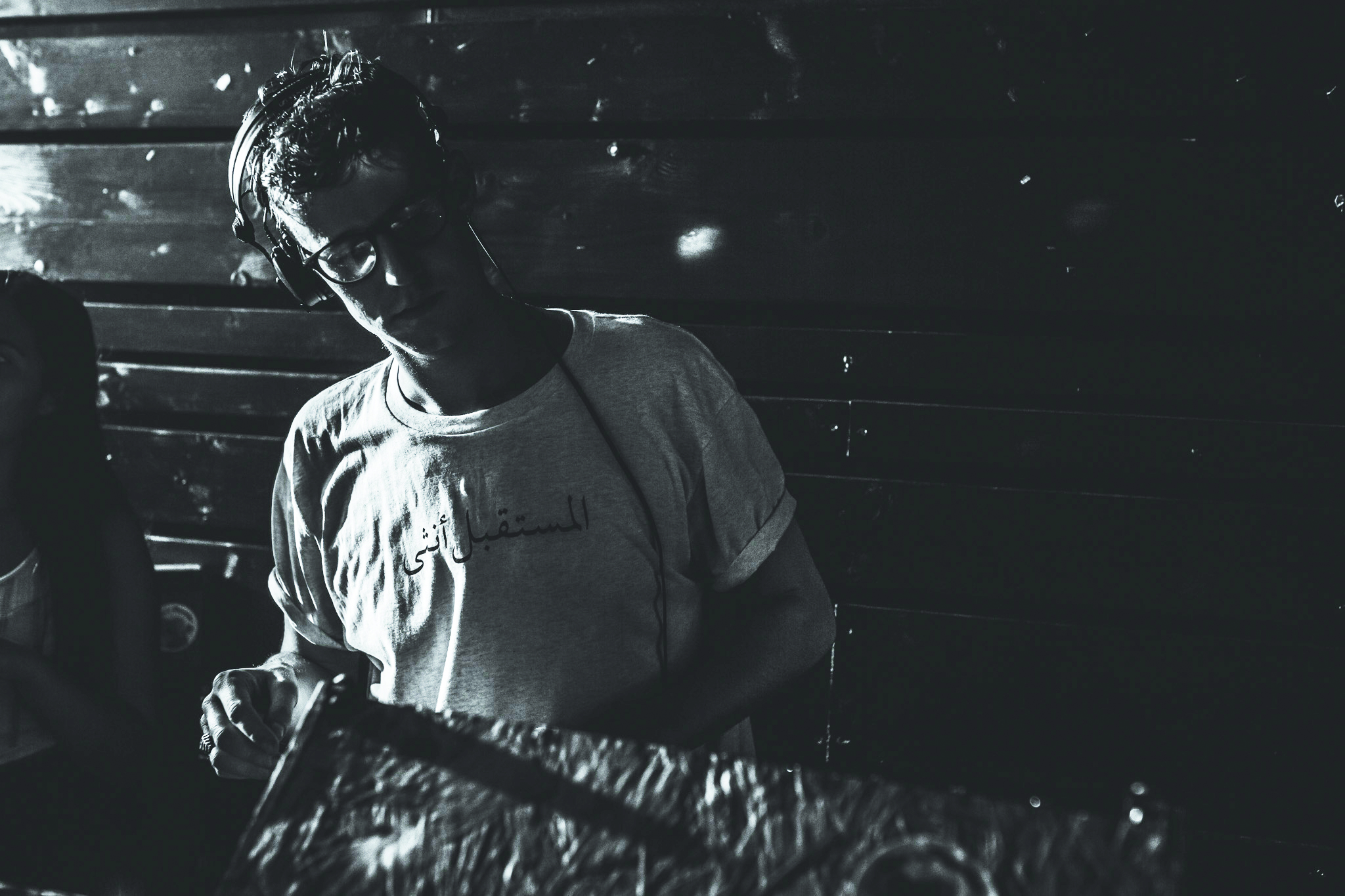 CERVO is a purveyor of Afro-centric sounds; blending house music with African percussion and a touch of jazz and disco. His hotly-tipped club-night venture Banana Hill provides forward-thinking line-ups and has brought the likes of Byron The Aquarius and Tama Sumo to Manchester. His recent EP ‘Deyo/Kasoa’ released on Black Acre is all about the tribal drums, lo-fi melodies and found sounds recorded during his adventures in Ghana last year. He’s just spent a month getting creative in the Boutiq Studios in Kampala Uganda with Tom Burford of Contours, keeping the percussion rolling with new material set to be released next year. You can also find Cervo serving up an eclectic selection of records alongside Thris Tian of Boiler Room under the guise Global Roots Soundsystem; b2b action certified to keep you on your dancing feet. 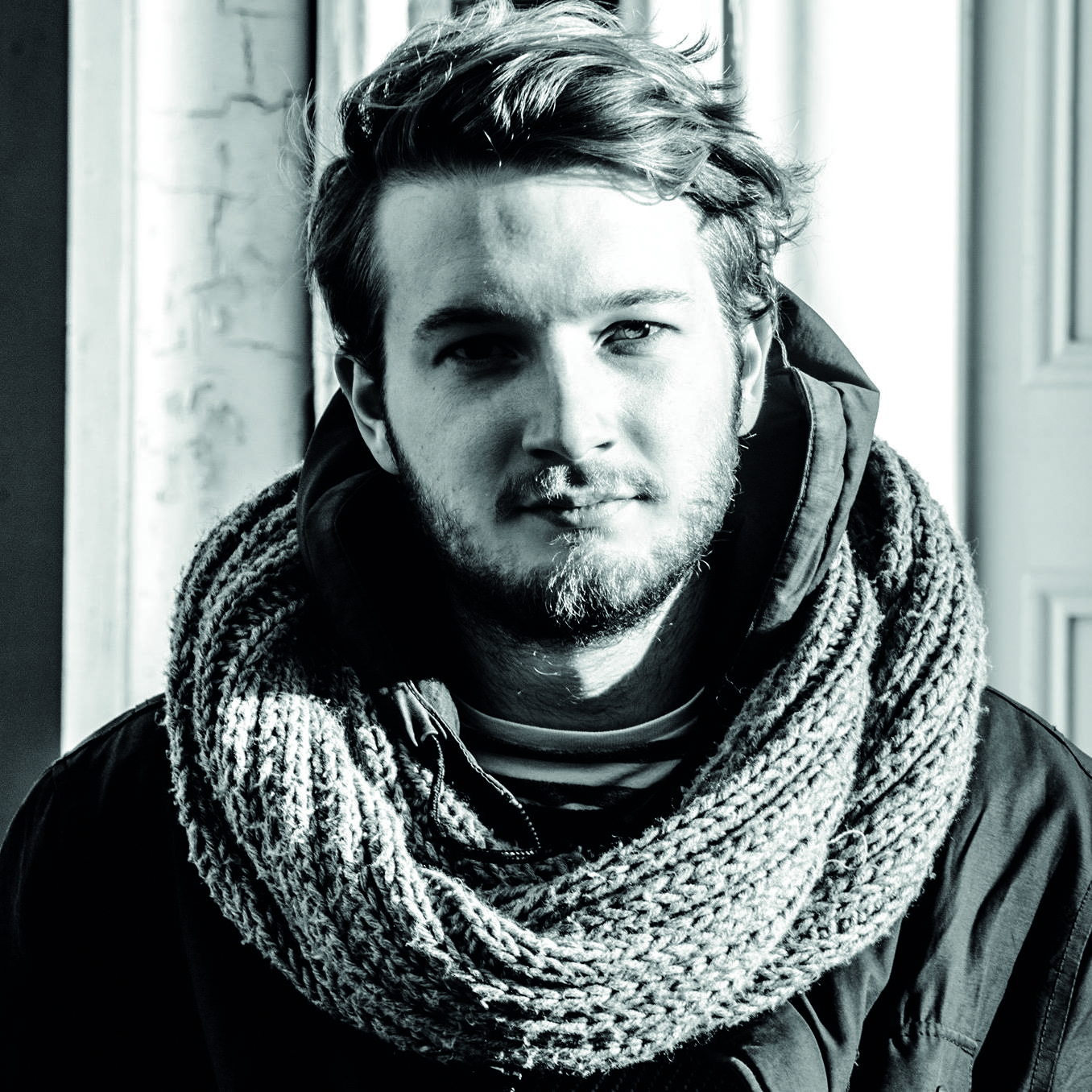 POLAR Sun, aka Frédéric Paulussen, hails from Antwerp, Belgium and was schooled by the sounds of Abba, Daft Punk, Chicken Lips and Tiga. It’s clear that his early pop, electro and disco influences have stayed prominent in his own productions, which started with the simplicities of Garageband. Now 25 years old, Fred has developed his studio equipment to involve a mix of software and hardware. His current release on Bristol-based Electronic Rumours consists of two French-disco style cuts with synthesizers a-plenty and remixed by Auxiliary the Masterfader from Amsterdam. ‘The Wanderer’ is a slow groover with retro synths and glistening melodies that take you straight back to the ‘80s. He’s currently working on new material and we look forward to seeing what next for this bright little ray of Sun.

HAILING from East Sussex but now living in Berlin, Rebecca Godfrey — aka BEC — has been DJing professionally since 2014. She now finds herself touring globally thanks to her affiliation with Pan-Pot’s Second State imprint, on which she debuted in 2016 with ‘Relentless EP’. Two compilations and a second EP have since followed, but perhaps best was this year’s break from the label — her ‘Catch22 EP’ — which displays splashes of melody but also a previously unheard trance edge. The breakdowns are way more understated on November’s return to Second State, the ‘Law Of Attraction’ three-tracker, however: darker, more linear yet still imaginative, her work offers peak-time momentum with plenty of maturity. 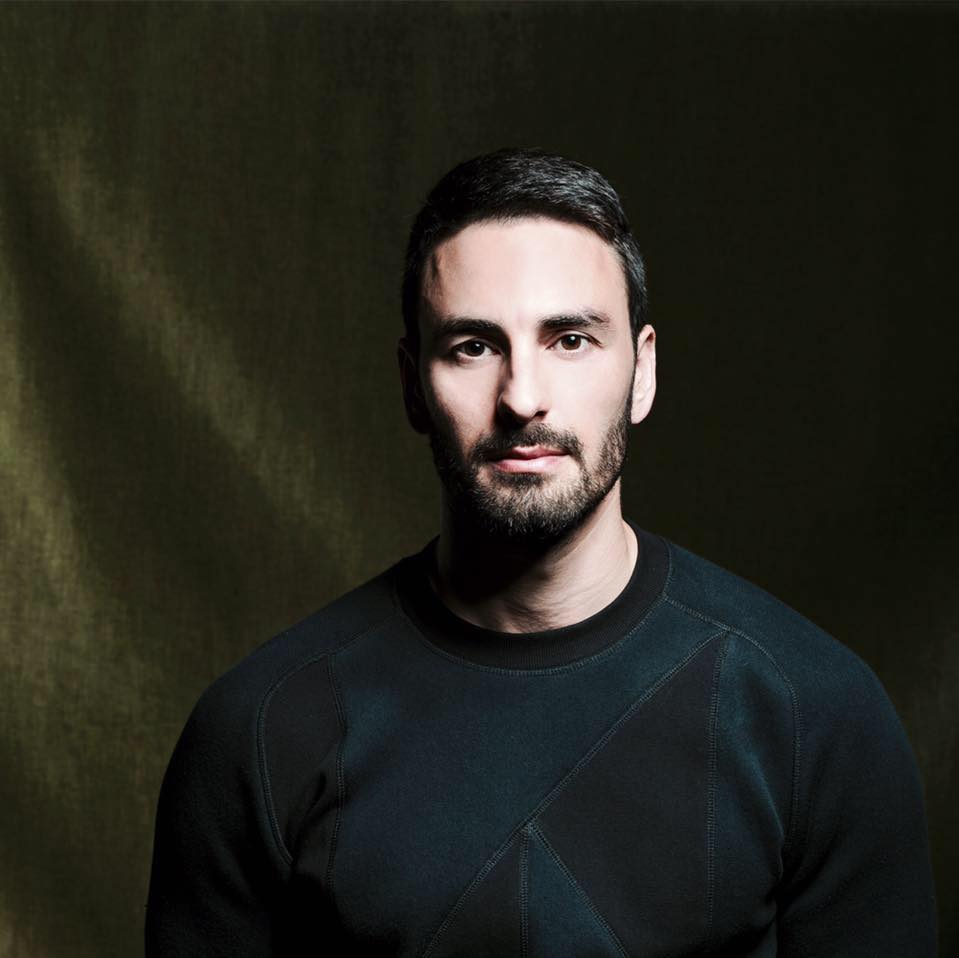 ITALIAN producer Lehar first opened the scoring via Offenbach label, Connaisseur Recordings, back in 2014, with a remix of Kollectiv Turnstrasse’s ‘Tristesse’, and has since become something of a regular, dropping several EPs and a host more reworks for the outlet. Elsewhere, Lehar has made a splash on Mood Music, My Favorite Robot, and earned himself quite a rep with work for Solomun’s Diynamic imprint, where his latest effort — a six-track mini-album for the label’s new ‘Picture’ series — dropped last month.
Diynamic describe ‘Picture’ as “a document in time, showcasing an artist’s current creative output in order to allow the listener to visualise and understand the artist at a certain moment”, but PR spiel aside, Lehar’s tracks present a mesmerising canvas of twinkling, proggy techno productions.

For fans of? Solomun, Raxon, Adriatique. 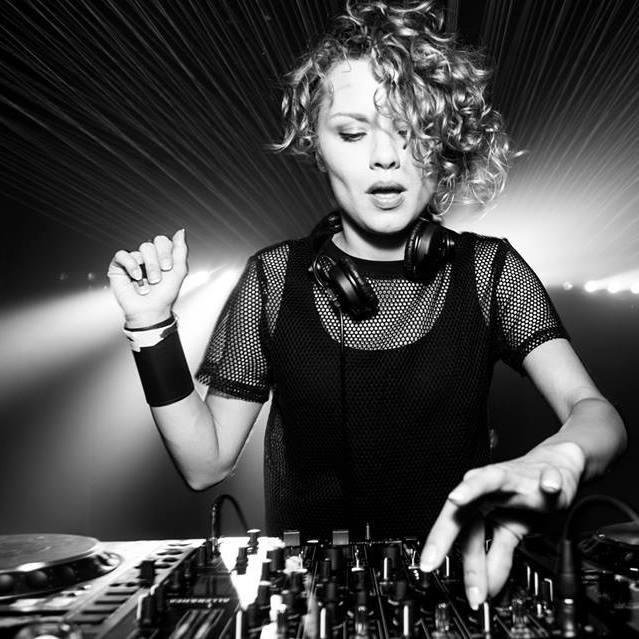 COMIN’ atcha with hard and (relatively) fast four-to-the-floor slammers is Lithuanian newcomer, Samanta. Having made her name on the DJ circuit in 2015 after winning international DJ competition BURN Residency (beating 7,000 other contestants!), she’s now ready to take the production world by storm too with her debut EP, ‘Abandon’, landing via Philip Bader’s Out Of Mind Records back in October. Based around beefy kicks and twisted, growling vocal snippets, the two original tracks (and remix from the label boss for that matter) are pretty much guaranteed to have warehouse walls across the nation/continent/globe drenched in sweat throughout the winter months. Don’t be fooled into thinking Samanta’s work is all ller and no avour, however — particular attention should be paid to the intricate lacework of synths and samples at play behind the scenes. Scrumptious!

SHEFFIELD-born Nyra’s Canoe label series has been causing a stir across the clubs and the airwaves, the wax selling like hot cakes and regularly topping the bestsellers lists. The first release has been a staple on Annie Mac’s BBC Radio 1 show and heralded support from heavyweights including Laurent Garnier, Jackmaster and Leon Vynehall. Now into its fth release, his latest dusty disco edits are getting love across the board, being played by The Black Madonna, Ben Sims and Skream. These are the tracks responsible for the hands-in-the- air moments that you’ve all been waiting for, thanks to those energetic grooves, ltered breakdowns and feel- good funk and soul samples. His next EP will be dished up on DJ Haus’s E-Beamz label, and make sure you tune into his monthly show on Radar Radio for your latest x. 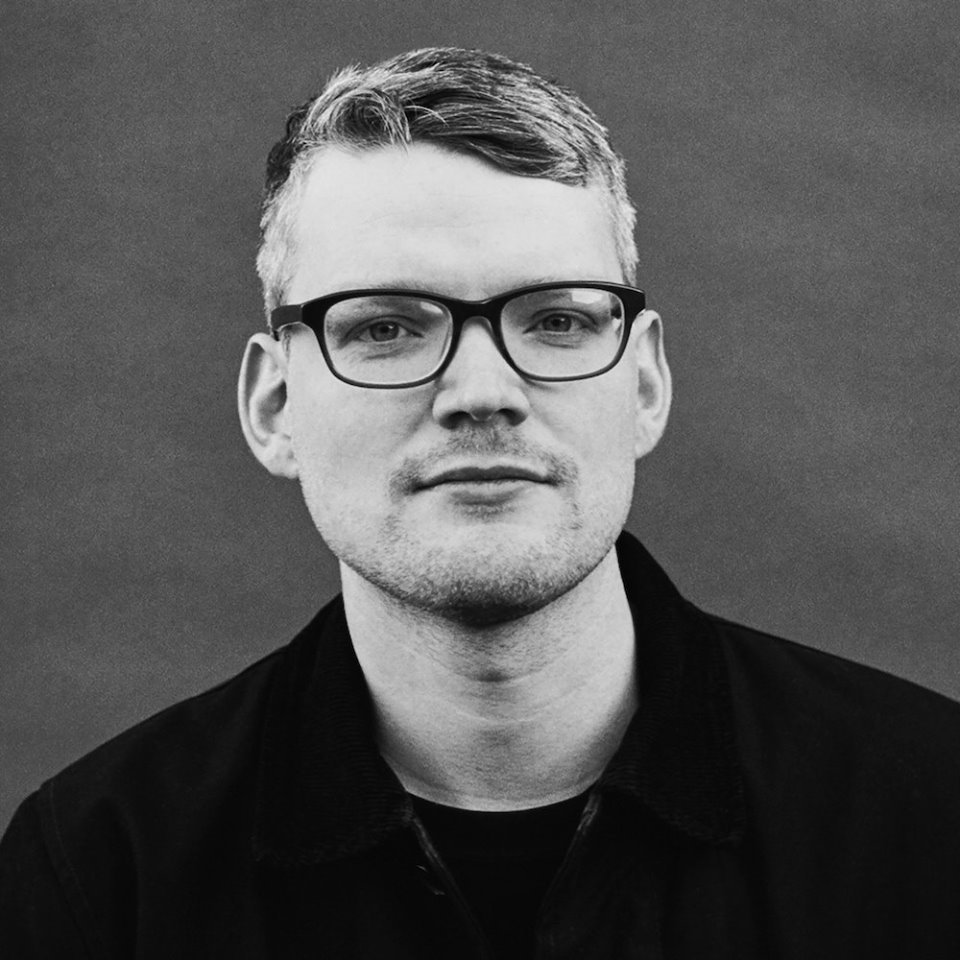 AMERICAN imprint Secretly Canadian is often applauded for signing top-range new talent, and Makeness is no exception. The Scottish-born producer first hit our radars with his quirky collaboration with Adult Jazz, an alt-pop project that came equipped with a tongue- in-cheek video for the lead single ‘Other Life’. His latest piece of work, ‘Loud Patterns’ is a gritty guitar- led number with reverbed-out vocals and expansive soundscapes that begs to be performed live on stage. Speaking of shows, he’s already performed at some of the UK’s most prolific clubs and festivals including the Warehouse Project in Manchester, Oval Space in London, the Great Escape in Brighton and will be embarking on his first USA tour supporting Jungle this winter.