Meshing hard techno and gabber beats with pan-African drum rhythms and pairing IDM electronics with juke house, Nkisi is a truly unique talent defying genre classification. We catch up with the London-based, Congolese-Belgian DJ, producer and activist to discuss her forthcoming album on Lee Gamble's UIQ, her collective, NON Worldwide, and the influence of African cosmology on her work...

“They are sculptures from the Congo kingdom,” says Melika Ngombe Kolongo, describing the origin of her artist name, Nkisi. “They’re from pre-colonial times, for ritual practices — a way to communicate with the ancestors. It’s like a human figurine with all these nails in its body.”

The symbolism behind these sacred objects reveals a lot about this Congolese-Belgian DJ, producer and activist, and her perspective on what music is for. “Nkisi were not just artefacts, they were actually used as a tool for the community, for healing and taking messages from other realms and other dimensions. That’s why I chose it, because I feel that music is a tool where you can communicate in different situations.”

In the last couple of years, London-based Nkisi’s radio shows on NTS and DJ sets at the Endless club-night have marked her out as a real original. Her style is unique, meshing hard techno and gabber beats with pan-African drum rhythms, pairing IDM electronics with juke house, and creating all manner of refreshing composites. Her productions, appearing on labels such as Warp’s club-focused imprint Arcola and Rush Hour offshoot MW, combine all these parts to fashion something beyond rigid genre classification.

Raised in the city of Leuven near Brussels, Nkisi was influenced equally by her parents’ Congolese rumba music at home, and the gabber her school friends would play her. But it was only when she moved to London that she felt confident to mix these sounds together.

“What really fascinated me about London and music was that it was pretty normal here for people to listen to different genres,” she says. “It was more about the vibe than the genre. That made me more confident to try it out.” 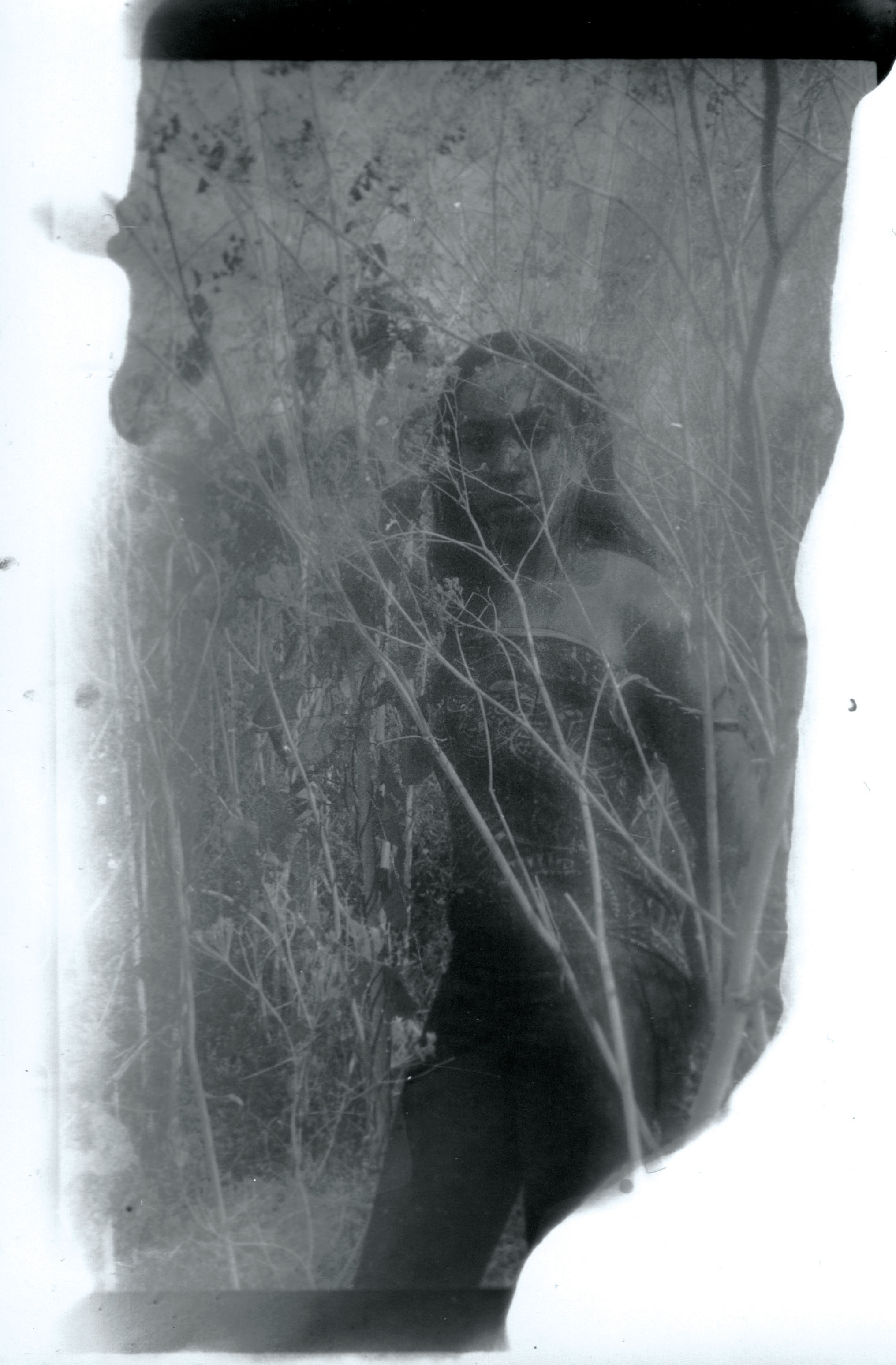 An intriguing aspect of Nkisi’s approach to music is how she  finds affinities between wildly disparate sounds. While to most DJs, playing slamming Dutch hardcore before polyrhythmic South African house would seem impossible, Nkisi finds ways for them to fit.

“Early on, when I started making music, that was my obsession,” she says, “where I would be listening to some old school [gabber rave compilation] ‘Thunderdome’ track, and would think, ‘Ah, I recognise that tribal, shamanistic or trance-inducing rhythm’.”

“To be able to walk in the world as a healthy and purposeful human being, you have to master seven directions,” Nkisi says. “The one that can heal a person or heal a community is to walk inwards, to the way of self-knowing. I was really touched by those ideas, I consider them to be very true.”

Music, then, becomes a method of exploring these multiple directions. “Our concepts of reality, material, can be limited in a way. You have devices of language and visual language, but music gives this opportunity to imagine something outside more dominant forms of communicating.”

A co-founder of the NON Worldwide collective, set up with Chino Amobi and Angel Ho, which gives a platform to marginalised voices via its quarterly magazine, online portal and various musical projects, Nkisi is busy working on a new performance piece with artist Paul Maheke, as well as creating a new live show. Her musical MO, though, remains uncompromising: “I like the idea of getting people into a comfortable rhythm and then breaking it and going into another vibe.”

Want more? Check out our recent Get To Know interviews with Chris Cruse and Cinthie...

Features
Get To Know: Dar Disku

Features
Get To Know: Akiko Haruna

Features
Get To Know: Maara

Features
Get To Know: Eusebeia