What a difference 5 years can make. The Desert Hearts founders - Mikey Lion, Lee Reynolds, Porkchop, Marbs and Kristoff McKay - could tell you that. What started as a gathering of maybe 200 people in the Mojave Desert in 2012 has grown into a community that can wrangle some 2500 people to a daytime rager on a random Sunday in November. In a half decade, Desert Hearts has also birthed an ever-growing spring SoCal festival, record label, celebrious Burning Man camp, and the clan’s many City Hearts parties around North America — all fueled by a juggernaut of feels and yes, plenty of techno and house.

To celebrate its 5th anniversary properly, Desert Hearts took all their best ingredients, put them together, and whipped up the inaugural City Hearts Festival at LA’s Center Studios, best known for hosting Diplo’s Mad Decent Block Party in the past.

Freak flags were quite literally flying high and swirling in the crowd along with boas and glow-in-the-dark pois. There was even a short bus to get on, when there was room.

Desert Hearts’ resident mad hatter Mikey Lion takes DJ Mag through the first of its kind and shares some fond memories in the gallery ahead.

Think of it less as a rave and more of a giant hug. And what do we all know about hugs? We’re always gonna want another … tighter … tighter… there, that’s good … for now. 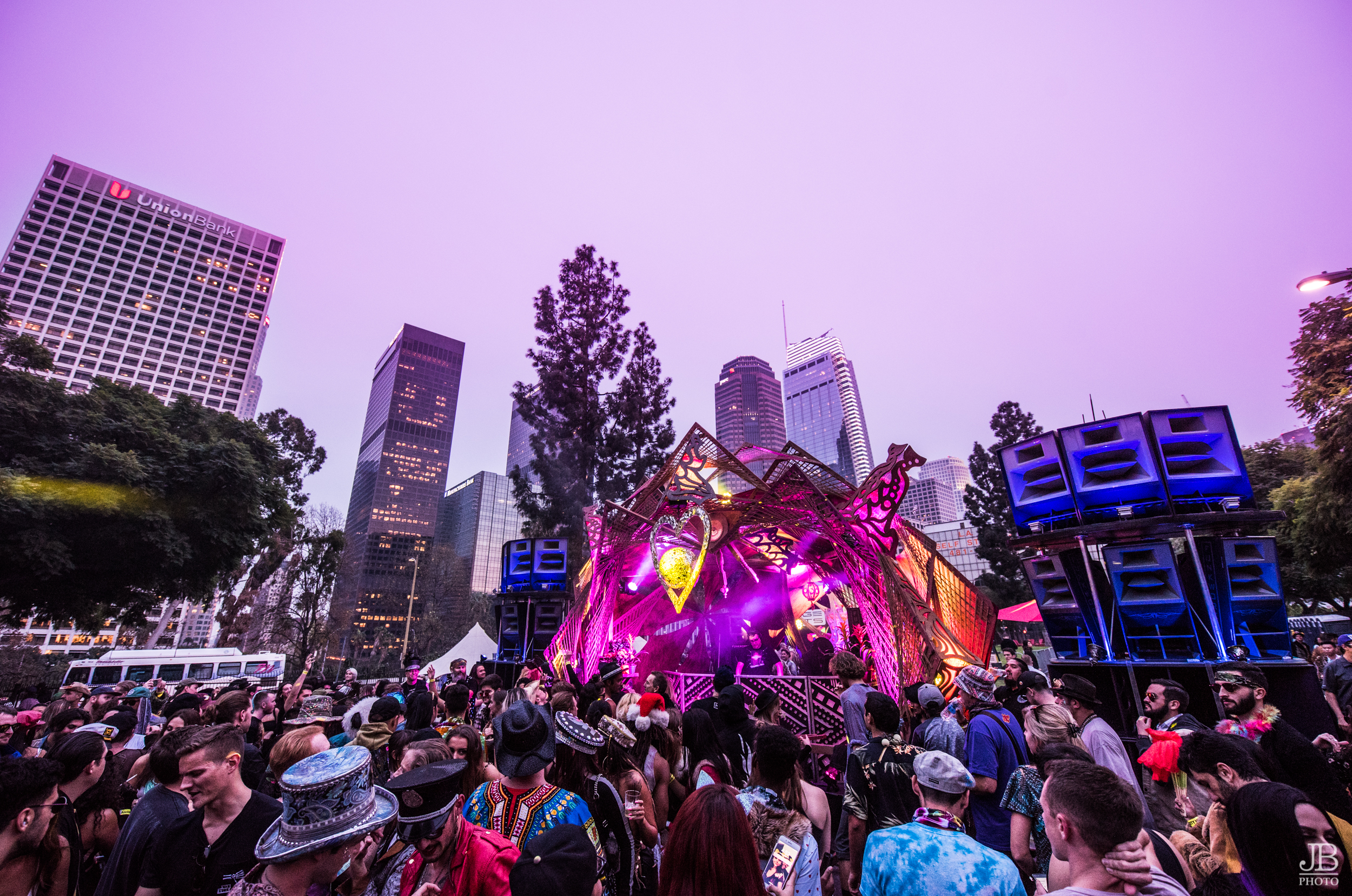 By 4:30pm, City Hearts Festival was on and crackin' with Doc Martin and Marques Wyatt going b2b at the helm. Smack in the middle of Downtown LA, we said goodbye to the sun with an epicly pink sunset. 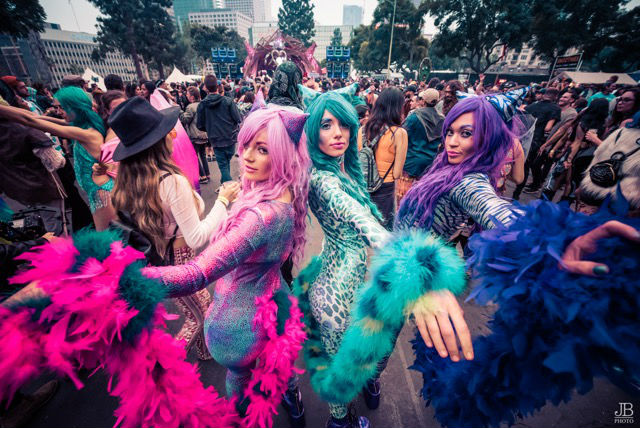 Our community has provided an outlet for hundreds of artists, performers, vendors, & more super freaks than we know what to do with! You like to get weird? We have a home for you. 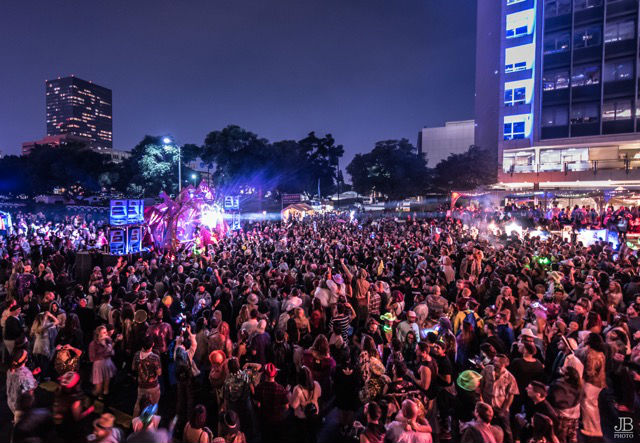 By the time the sun set, we were in the midst of a full blown rager with Lee Reynolds at the helm. 2500+ attendees showed up to celebrate our 5 Year Anniversary of Desert Hearts. 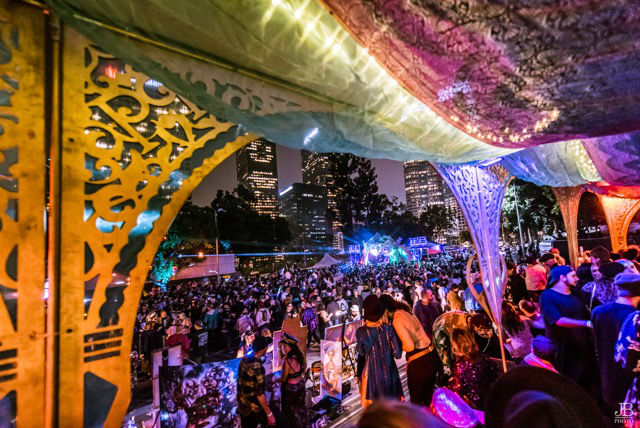 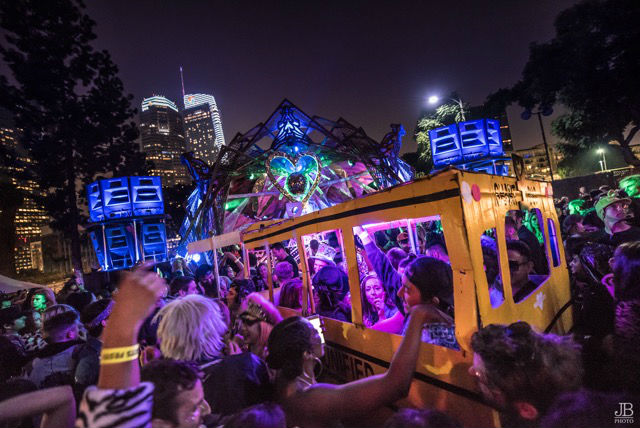 The Desert Hearts Short Bus made it's debut appearance at one of our parties unbeknownst to us. When this thing showed up on the dance floor we lost our shit! Gotta love the creativity of our Desert Hearts Community! 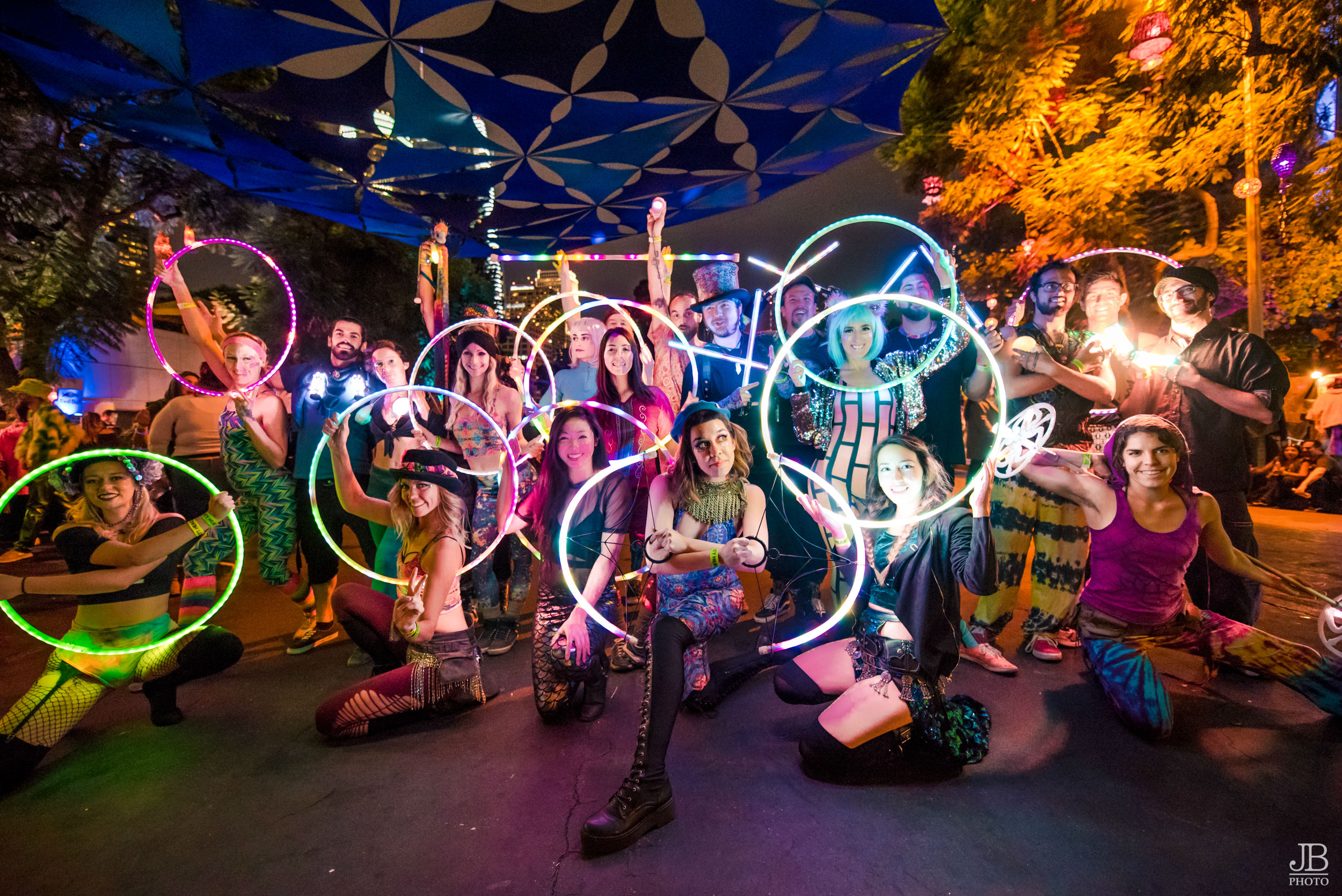 Normally this crew is rocking out with all kinds of fire performances, but we had to pull an audible as this was our first fully permitted party in the City of Los Angeles. They still seemed stoked! 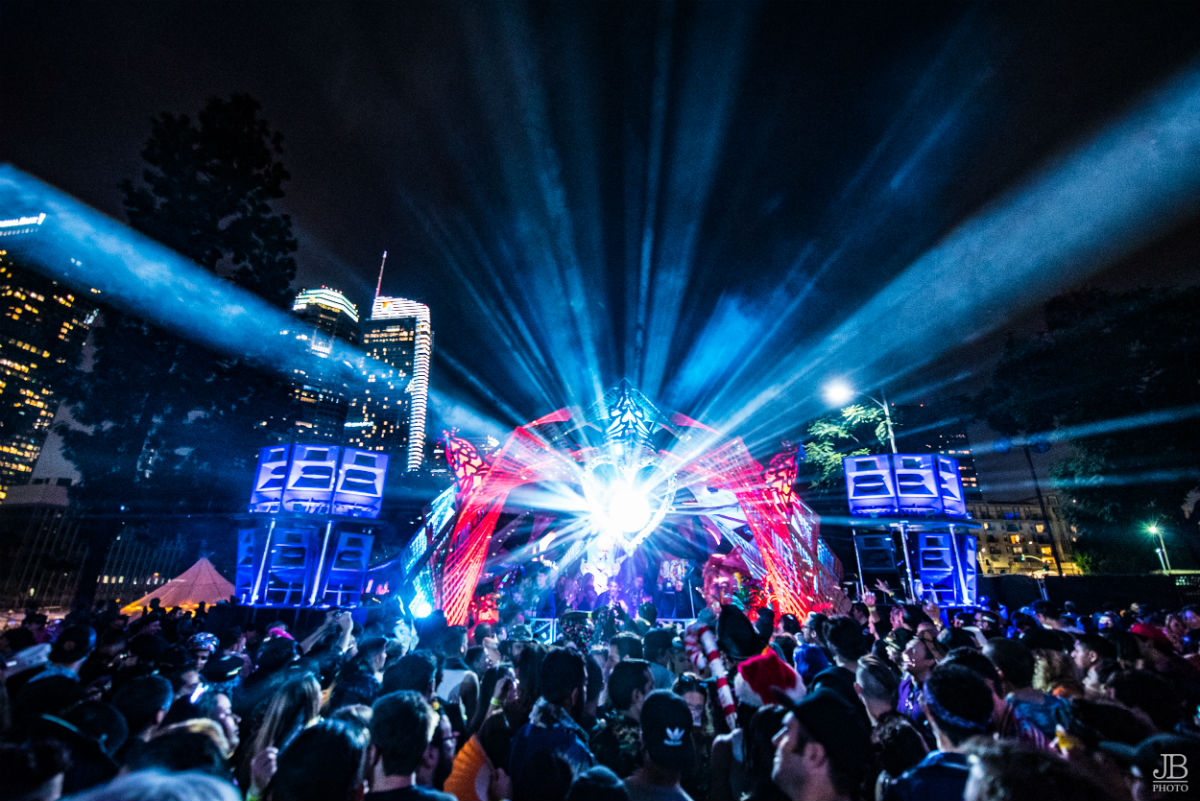 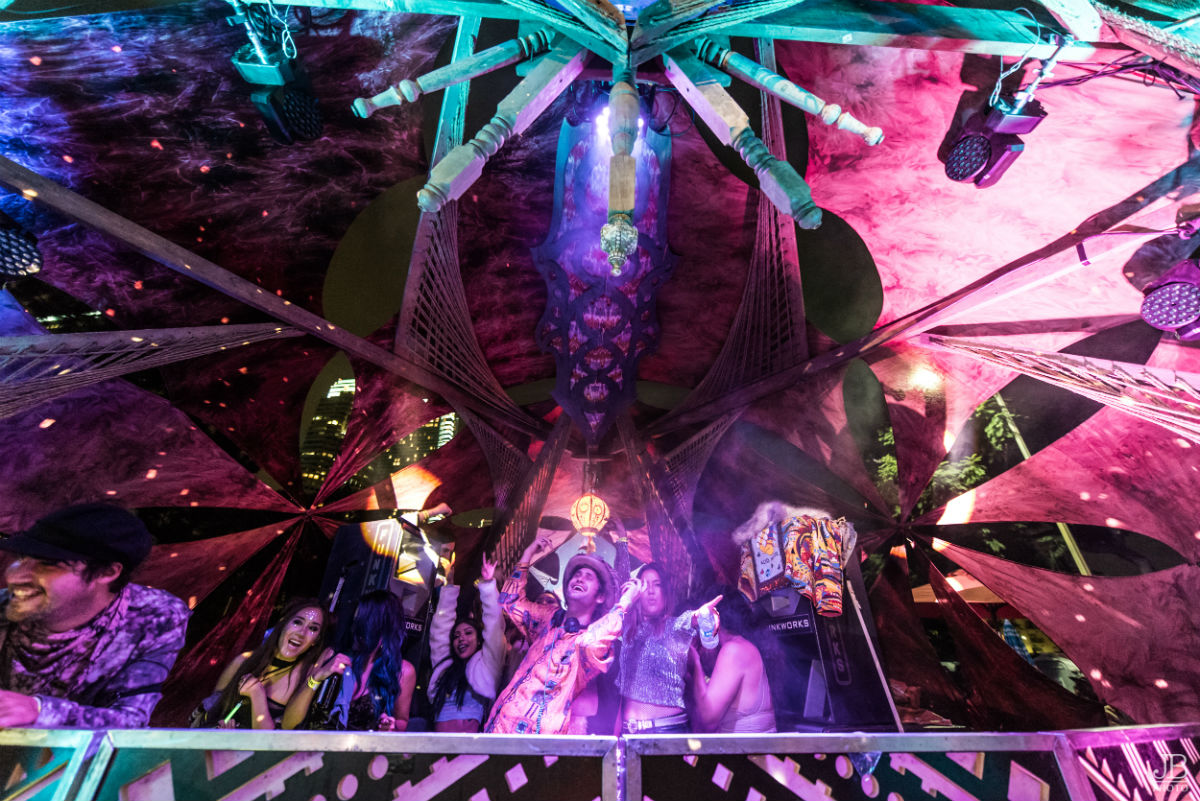 Here's my favorite picture of me at City Hearts. The expression on my face pretty much sums up my feelings about our first City Hearts Festival. Pure bliss. 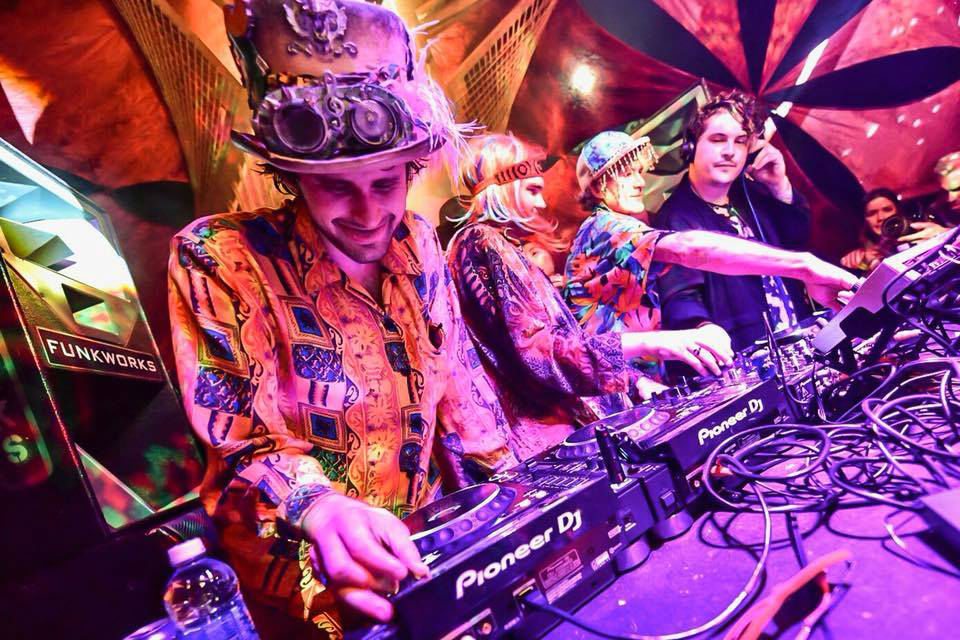 As tradition with all of our festivals, we ended the party with a 4 way b2b between the core Desert Hearts Crew. From left to right: Myself, Porkchop, Marbs, & Lee Reynolds. 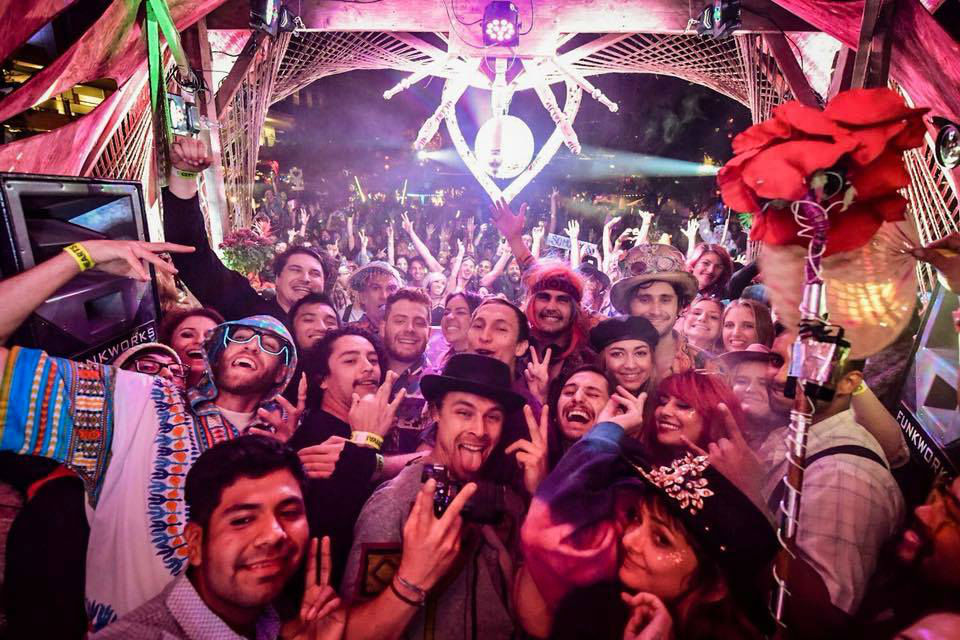 Of course we had to take a family photo to cap off the party! Big love to everyone for coming out and celebrating 5 Years of Desert Hearts. We're just getting started...