The Marcus Intalex Music Foundation aims to be a new hub for Manchester’s electronic music scene. We head to the city for its inaugural series of events, and find out about the Foundation’s ambitions for the future.

“It’s an industry that can be quite difficult to navigate,” Nik Sinha says of the music business, when we meet in the loft of Manchester’s Gorilla, tonight’s party in full swing below. Talk about understatements. DJ Mag is here for a weekend of appetiser events, offering a taste of what could be served by the Marcus Intalex Music Foundation. Established by Sinha and other friends and family of the late drum & bass legend, whose work as Trevino also impacted the techno world, it’s about giving raw talent access to facilities and professional mentors, helping them find their feet in an often not-so-beautiful game. The only fitting legacy for someone who, until his death in 2017, was committed to bringing fresh faces through.

“It’s set up in the memory of Marcus, he was someone very special in what he did for the people of the city, and what he did in terms of helping develop music,” Sinha says. “We’re trying to work as an extension of that, and act as a platform where we can support people.” The long-term goal is a permanent institution in Manchester, for training in everything from production, mastering and engineering to management, with a catchment area well beyond the city limits. If that happens, it could go someway to rebalancing an increasingly London-centric UK music industry.

“There’s no doubt there’s a lot of talent in Manchester already, it has been a music city since forever,” 3024 boss Martyn says, who, along with Actress and dBridge, is headlining Gorilla tonight with a live set. Meeting Intalex in the mid 1990s, some of the globe-trotting Dutch don’s early tracks hit via Intalex’s Revolve:r, an imprint of the prestigious Soul:r. “The problem is maybe that there’s just not enough facilities where you can work, get inspired, master stuff, get some tutoring.

“There’s probably way more cities that could use something like this,” Martyn continues when asked if he’s seen much like the Foundation elsewhere in the world. “Maybe in mainland Europe, there’s a little bit more council and government money for these kinds of things, but I wouldn’t say it’s very well done in a lot of places.” 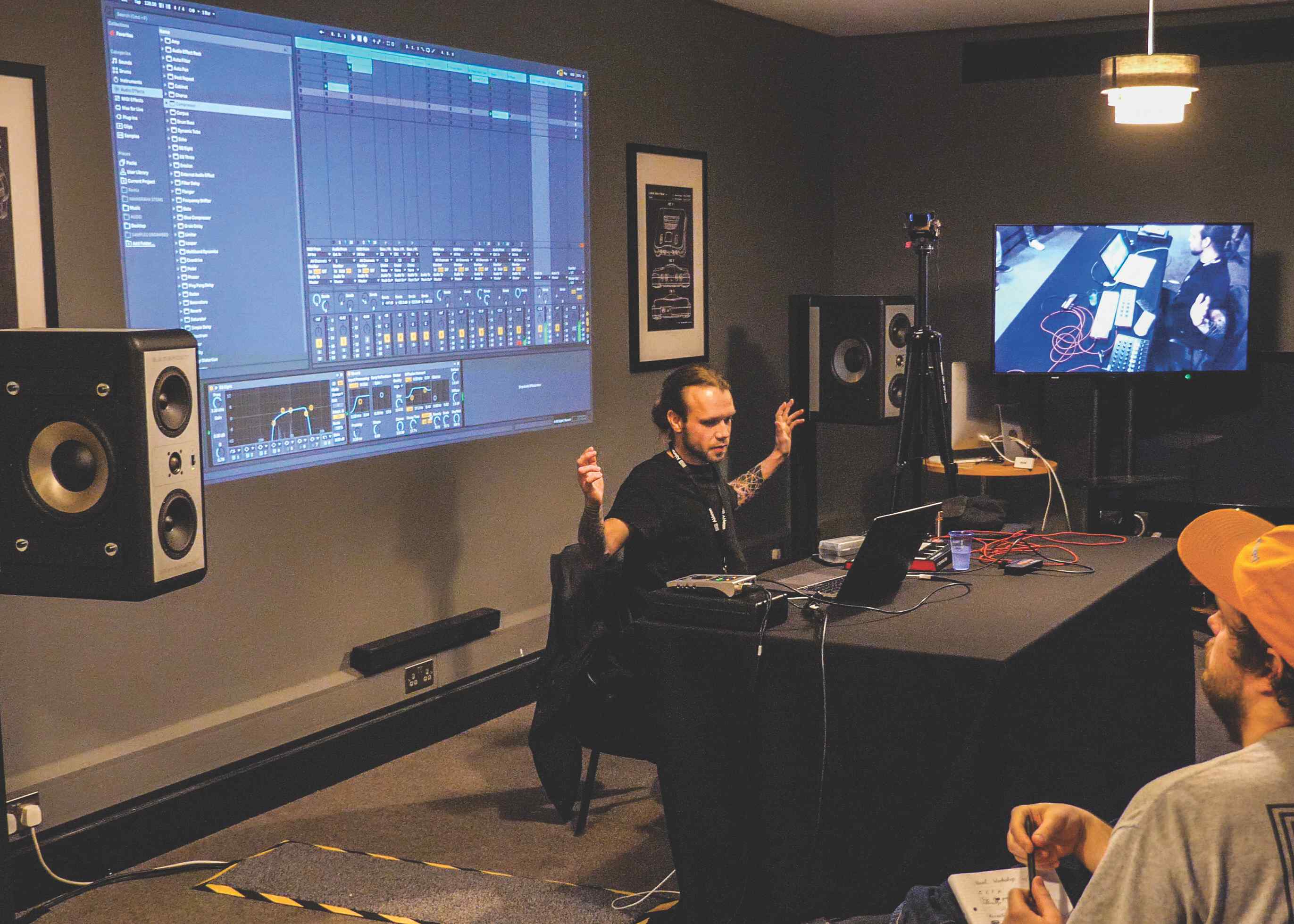 “We’re lucky that we have a very strong network and so can utilise that,” Sinha says. “We can say, ‘Alright, you want to do this, we can probably help fix you up with a certain artist’. So there’s lots of opportunities for the city and people in general to come on board with what we are doing, and for this to become a bigger thing for the music community.” One look at who’s involved this weekend proves the pedigree already behind the project, most of who had close ties to Intalexas protégés or peers. Friday saw Zed Bias, Fabio, Dub Phizix & Strategy, Swing Ting & Fox rinse it out in the four-storey Yes. Saturday afternoon switched to Salford’s School Of Electronic Music, for workshops from luminaries like dBridge and highly respected new schoolers such as Afrodeutsche. Participants were chosen from an open call for music submissions, some living in the area, others elsewhere in the UK and Europe. The programme was tailored to successful applicants’ styles and needs, many then joining us at Gorilla and planning to also attend Floating Points and Jon K at Band On The Wall, Sunday’s finale.

“I owe my career to Marcus, if he hadn’t believed in us early on, then I question whether I would have had a career really,” says George Ovens, aka Dub Phizix, a stalwart of the Manchester scene whose bookings now take him worldwide. He explains what he would like to see from the Foundation going forward: “On top of the workshops and stuff, if we could help people out in a business sense, too. Just teaching them you need a press kit, basic things some people don’t know. Make sure that kind of stuff is available.

I hear people say, ‘I need an agent because I need more gigs’. But an agent won’t really getyou gigs, agents just handle the gigs you’ve got. Little nuggets of information like that, but, more than anything, I would just like to see it become permanent. We’ve needed a music hub in Manchester for some time, and if this could be it, that would be great.” That lack of focal point seems at odds with Manchester’s current rude musical health, but you can’t escape economics. Plummeting post-millennium revenues culled many pro facilities, and cash for grass roots creative schemes has all but disappeared. Today, the city is heavy on ideas, but while studios do exist, the genuine self-sufficiency offered by places like New Mount Street — once a veritable HQ of the northern music industry, where countless landmark meetings, recordings and signings took place — has gone.

“In terms of emerging artists it’s pretty good, there’s a kind of defined path now that has been forged by a lot of people, Marcus probably being the main one,” Ovens replies when asked how successful Manchester is at nurturing home-grown possibilities. “But in terms of new artists, as in young people learning stuff, that’s not what it once was. One of the reasons we have such a rich music scene at the moment is because 10-15 years ago, there were workshops, people facilitating things all over the place, because there was funding for it.”

Almost a decade into the austerity age, Britain’s cultural recession is becoming a reality, but the fallout is only likely to be truly felt in years to come. With that in mind, it’s more important than ever for established artists to become involved in projects such as the Foundation, and even more vital those projects exist in the first place. Few could hope to start out with such extensive, high-profile contacts and connections, though, making Intalex’s institution-to-be arguably the most exciting project of its kind in the UK right now. Its potential is far greater than we could ever hope to fully convey here.