Recognise is DJ Mag's monthly mix series, introducing artists we love that are bursting onto the global electronic music circuit. This month, we catch up with Toronto DJ, producer, promoter and newly minted Parallel Minds boss, Ciel, about existing in a polarised world and pushing for spectrum in dance music community conversations...

Our world can sometimes feel like it’s closing in on us — political attitudes diverging into ideological extremes, we’re pummeled with tailored ads for things we mention out loud once, and we all live in fear of the amorphous internet creature cancelling us. Ciel, real name Cindy Li, has dedicated herself to refusing the polarised world, in both her music and her values. “I think that dynamics are the most powerful thing that defines me,” she says, “in every part of my life.”

The Toronto artist’s music and febrile presence oscillates between the hard and soft, light and dark, IRL and URL. Find yourself on a dancefloor powered by the adventurous Li and you’ll traverse cerebral techno, exuberant breakbeat, technicoloured electro, and ceiling-threatening jungle in a single set. Get at her on Twitter for a sharp perspective on the peaks and valleys of the dance music community. Visit some of Li’s expansive discography and you’ll experience a dappled worldview too — her Peach Discs released first record 'Electrical Encounters' is a masterclass in pace and tension through house and electro, while 'Hundred Flowers' on Coastal Haze is a proclamation of the “soft touch slammers” she’s known for.

“When I was growing up and playing the piano, one of the biggest challenges for me was that I wasn’t good at playing soft versus hard, getting the dynamics that show the emotion. I was always making my teacher mad,” she says. “Now I get it — I’m so drawn to different kinds of music, rooting myself in eclecticism, and I love when that interplay is pushed and pulled, the bitter and the sweet, that is what makes beautiful music.” 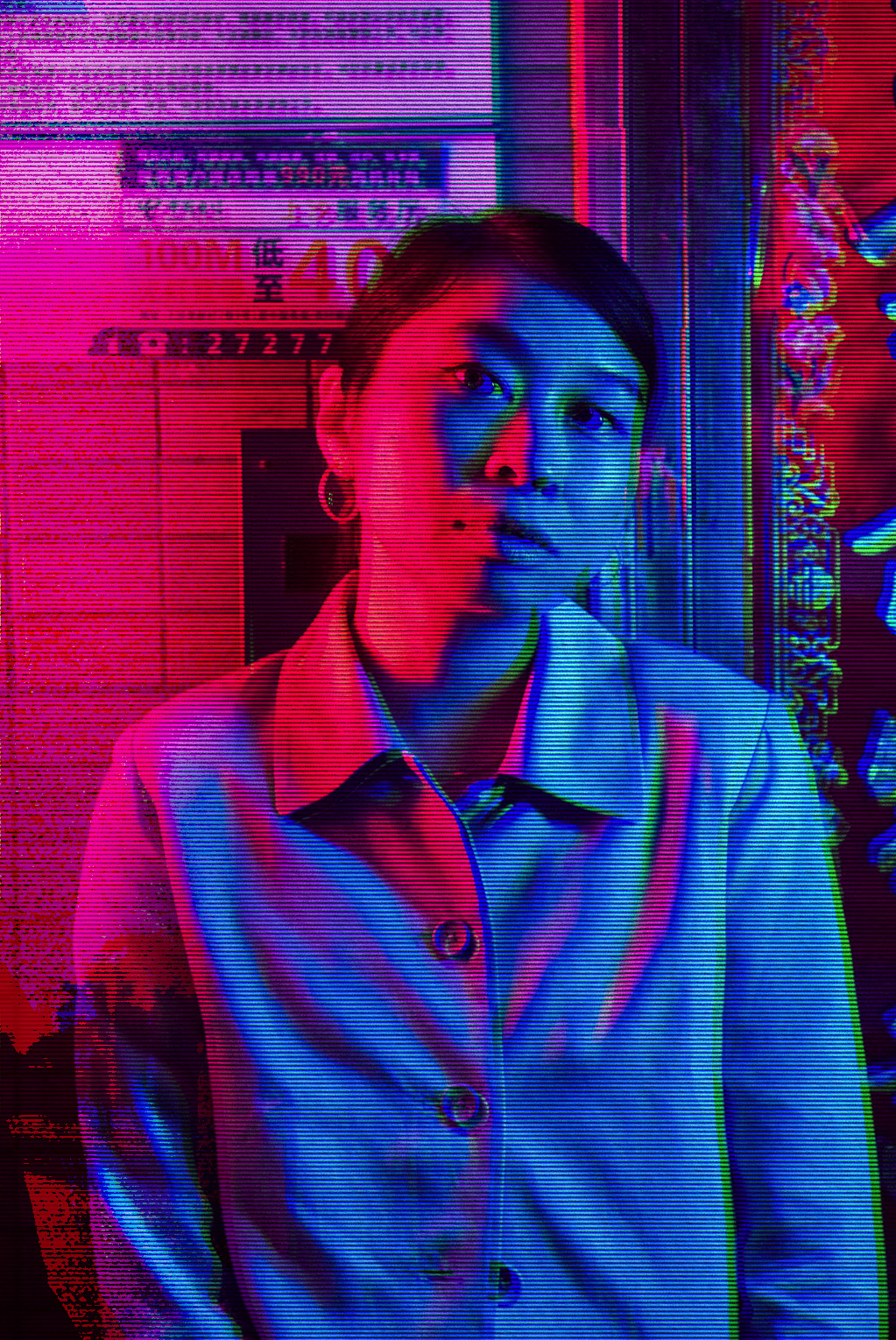 Her personal music tastes expanded from dream pop to punk, blossoming into electronic music on her CFRC-FM college radio show. Li recalls her first real experience of club music seeing Justice live in Montreal, at the peak of the saccharine bloghouse era. “I was a snob about dance music before — I thought it was commercial trash!” she says. “Justice was special. Coming from the band world and seeing that era’s crossover artist and that line blur between indie and electro, I miss that excited feeling.”

Li’s interest widened further as she played in friend’s bars and developed a love for digging. “It’s important that we cherish record shop culture — it’s the last thing not informed by an algorithm. I’m a mix of vinyl and digital, and I scope out YouTube channels that have those wild old ‘90s compilations. You just never want to sound curated.” A decade or so on, she’s still inspired by the sensibilities of the post-punk and shoegaze worlds she obsessed over in her teens, and, spurred on technically by legends like Ellen Allien, Li strives to make music that has an enduring impact.

“One of the best compliments I ever got was when a friend said that my first record brought her and her girlfriend together. She would listen to ‘Elevate’ and it would make her feel so happy. It’s a great thing if people can listen to your music and have a crazy night out on the town, but what about making something that soundtracked an important moment in their life?

“It’s cool that people can attach their own significance to things that you make. I want to keep doing that. That’s the only long term goal I have — keep making music that moves people both spiritually and physically.”

When we speak over the phone, Li is in her hotel room in Lisbon, getting ready for an early dinner with the city’s mainstay artist and renowned Naive label founder Violet. That evening, she’ll play shiny local spot Lux Fragil with Helena Hauff, Dexter, and Terzi, while the following night takes her to London’s dark and sweaty Corsica Studios. A punishing tour schedule in 2018 that took her all across the world in four touring spates, 2019 is looking just as busy — church raves in Toronto, intimate spaces in Helsinki, Croatia’s Love International festival.

“Our target audience in North America is the weirdest weirdos you’ll ever see,” she says wryly. “They are some freaks. It takes a bit of getting used to Europe’s different kind of freaks. Dance music in Europe has this strange commercial industry surrounding it, seeing guys in suits out on the dancefloor... is very different.

“I’m just about starting to get the hang of things here,” Li continues, having only recently made DJing and producing her primary focus. “There were shows where I played and cried at the end because I was really unhappy, lonely and anxious. It’s always a learning process.”

A DJ, producer, promoter and newly minted label boss, she wears her multiple sashes proudly, bringing her scene along for the ride. Pushing global sensibilities with home in her heart, Ciel's dedication to inclusivity in the dance music community saw her found the renowned radio show and event series Work in Progress in 2015, as well as collectives and nights like It's Not U It's Me, and a widely-used database of women and non-binary artists.

“A lot of my DJ experience is inextricably tied to my experiences as a promoter,” she says. “Booking Project Pablo in 2016 was a big moment — he was just starting out, and we filled up the whole room, something I’d never done before. Until that point, I just had a residency at a club called Bambis, and I played to friends. We made enough money to pay everyone extra.”

Her mission has been to provide safer spaces and champion women and queer artists, booking acts like Octo Octa, DJ Sprinkles and Avalon Emerson, among others, as well as underground, boundary-pushing peers, or those on the up, like Project Pablo and Volvox, and urgent local talent.

“We’ve had some pretty questionable periods in the Toronto music scene,” she laughs dryly. “The scene with big name European DJs didn’t speak to me — I needed weirder stuff. As a promoter, I want to do the work — I love booking first shows, selling people, giving opportunities, making nights special. It just so happened that the people playing the risky, more experimental stuff I wanted to book were women and queer artists. My two philosophies naturally work in tandem — booking women that inspire me, and artists that make the daring stuff the dancefloors need.” 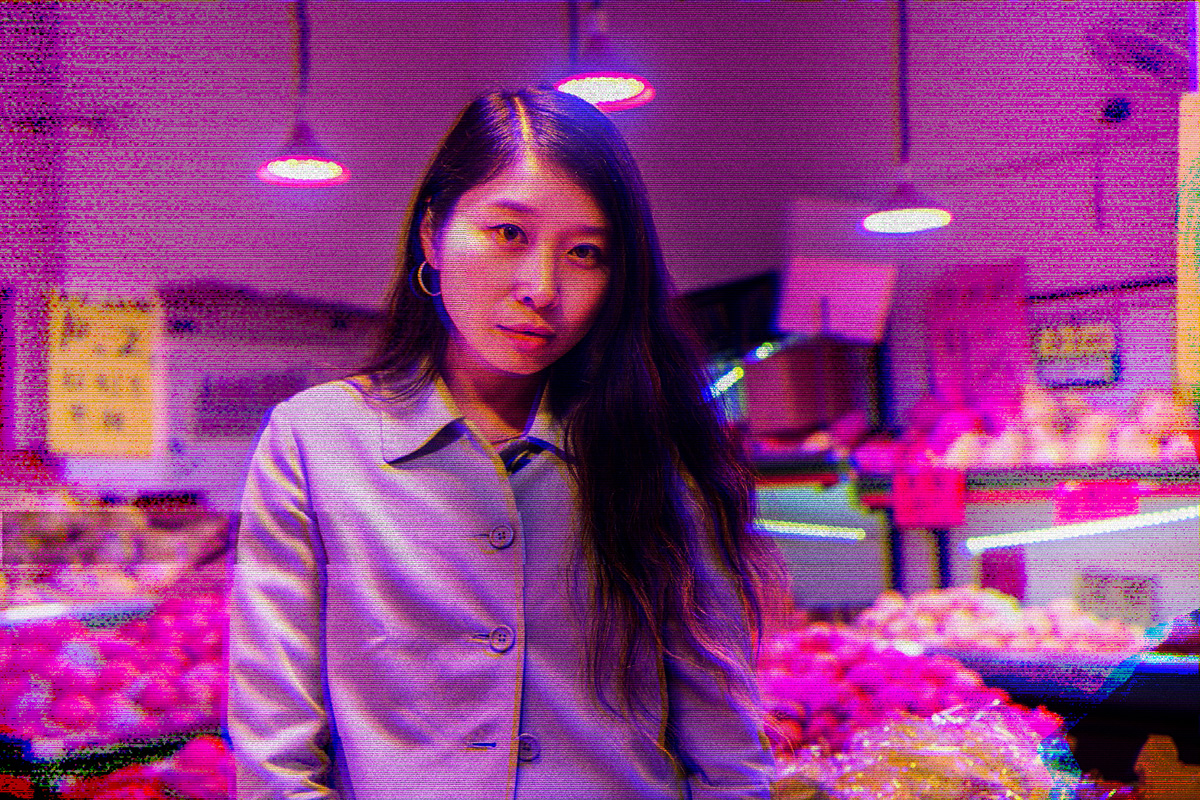 “Music is something that constantly grows, that we need to build on. It’s about knowing a lot of music, loving a lot, and wanting to make it better — otherwise, I would be bored”

Online — when she’s in the right headspace — Li pushes for spectrum in dance music community conversations: about corporate sponsorship, insidious misogyny, “post-woke” politics, cancel culture, artist oversaturation. Finding the balance and nuance has been a tough but important lesson. “Twitter feels like everyone is arguing at each other, but never directly responding or engaging. I had to delete the apps off of my phone, it really taps into my bad impulses.”

Li was a recent guest on dance music commentary podcast Base Camp Beta, and notes more long-form, engaging media like podcasts offer her more space for constructive, vital dialogue about scene politics. She remains a staunch advocate for the pro-Palestine BDS movement and DJs for Palestine — it’s an ongoing, alienating conversation in the wider music industry. After showing support for Palestine online, Li’s gig — as well as friends’ Room for Resistance’s shows — was cancelled by legendary German club Golden Pudel. “It was a real down point for me, Pudel was my dream, but that dream has evaporated. This is a fight that is worth having, the horrors in Palestine are truly heartbreaking. I’m working on playing in Palestine now, that’s my new dream.”

Both online and off and since she began throwing parties in 2015, Li has been a vocal supporter of Toronto’s nightlife economy. While others have fallen away, disillusioned by oppressive property developers, gentrification, and excessive noise regulations, Li has stayed fighting. “My part in it has been put on hold because I’ve been away so much,” she says, “but whenever I can lend a voice or write a letter, I will. We want to throw the parties that are an alternative to the Top 40, mainstream, misogynist trash clubs in the centre. Luckily, there’s a lot of us pushing back against the archaic laws. We’re all in it together.”

Li’s genuine excitement for local emerging talent is most palpable when she talks about her latest venture — her label Parallel Minds, with fellow artists Daniel 58 and Yohei S. “It is a musical postcard from Toronto to the rest of the world,” Li asserts. While on her own come up, she found local friends asked regularly for help in reaching European labels and outlets — Parallel Minds, for now, is dedicated exclusively to Toronto artists, the “underground, forward-thinking, progressive artists” that don’t have the opportunities those in Vancouver, New York, and other dance music cityscapes get. So far, Parallel Minds has dropped releases from Daniel 58 and Yohei S and newcomer Radio Aura Faculty.

“I want to give people a chance where no one would respond to their emails before,” says Li. “I want to make Toronto a destination for producers and not just DJs. There, there’s another goal!”

“DJs are our music and cultural historians,” Li says. “Music is something that constantly grows, that we need to build on. It’s about knowing a lot of music, loving a lot, and wanting to make it better — otherwise, I would be bored.”

News
Ciel drops new EP, ‘All We Have Is Each Other’, on Mister Saturday Night: Listen