Recognise is DJ Mag’s monthly mix series, introducing artists we love that are bursting onto the global electronic music scene. This month, we speak to the Australia’s foremost purveyor of weaponised electro, Jensen Interceptor...

Jensen Interceptor is one of the brightest lights on the booming electro scene that’s seen a renaissance in the recent years.

He first piqued the interest of DJs from Helena Hauff to Maceo Plex through releases on Boysnoize Records, Motorik! and Sheffield’s Central Processing Unit in recent years with his devastating brand of floor-focused electro, which ranged from mechanical electro-funk to mutant ghettotech. 2018 has been a particularly prolific year for him as a producer. Real name Mikey Melas, he’s dropped no less than seven EPs, on labels including E-Beamz, Cultivated Electronics and Power Station, with productions built on a maturing of his distinctive sound.

“I'm feeling confident in my work and things are happening a lot quicker these days,” Melas explains of his productions on the phone to DJ Mag. The result is an increasingly busy tour diary, which has seen him spin at Concrete, Bloc and No Bounds Festival through 2018, as well as being locked to make headline appearances before the close of the year.

2018 has also seen Melas explore areas not heard from him as Jensen Interceptor before, with the phenomenal ‘Delayed Response’ EP on Power Station moving into EBM and wave sounds. “I have always loved post-punk, cold wave, EBM and new beat records since I first discovered electronic music,” he enthuses. “I always wanted to make that stuff and do feel like I have touched onto those sounds. However, in the past I hesitated, because I self-consciously thought no labels would be into it — which is a terrible mind set to have when making music. But after friends like The Hacker, Kris Baha, Alessandro Adriani, Cardo Pusher and Privacy had the balls to push that sound again, I’ve definitely been re-inspired.” 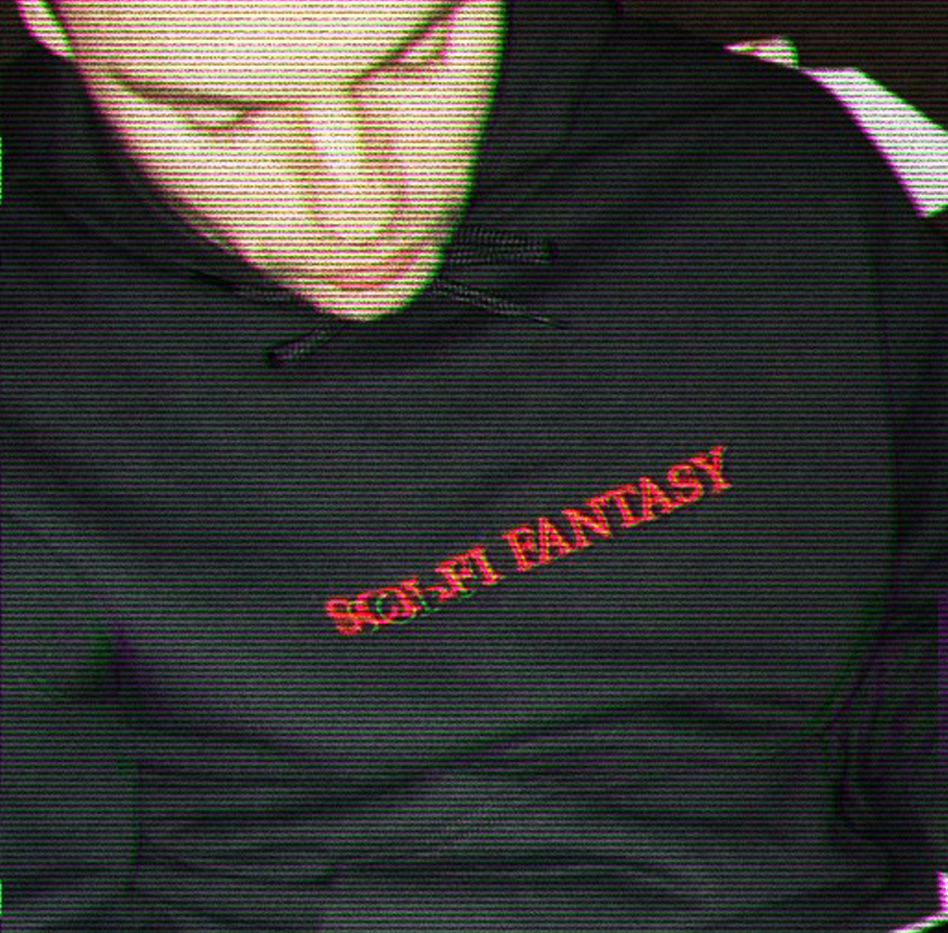 Melas also started his own International Chrome imprint in May with long-term collaborator, Assembler Code, with the pair having put out two releases on the label so far. “We have so many amazing friends around us making incredible music — as well as our own never-ending output — so creating International Chrome was a no brainer,” he explains of the label. “The focus is weaponised electro for the club. We may explore other genres in the future but for now we’re happily locked into the Drexciyan realm.”

The duo has continued a prolific partnership — which Melas has previously described as his “favourite tag team” on social media — together in the studio too. After dropping the ‘6th Element’ EP together on Boysnoize Records last year, the duo has dropped three EPs as a duo in 2018. “We have been working together for a few years now,” Melas explains. “Being the mixing and mastering genius that he is, Brendan [Assembler Code] was mixing down my tracks before he was writing electro. One day I came into the studio and he showed me some beats. Once he hit play I knew straight away he was not just talented as an engineer but also as a composer and that we could make some amazing tracks together. I guess I offer my years of experience and knowledge of electro and dance music to the equation and he is the muscle, providing ultimate sonic power.”

The debut EP on International Chrome also saw Melas head into the studio with electro royalty, The Hacker. So how was it working with such a cult figure of electronic music? “A dream come true!” he enthuses. “To give you some context into how much a of a Jedi master Michel [The Hacker] is, we wrote the ‘Trigger Zone’ EP in one day. It scares me to think what we could have done if we’d had more time together. He was awesome to work with. Whatever idea I had, Michel could create it with the SH-101 in about three minutes,” he laughs. 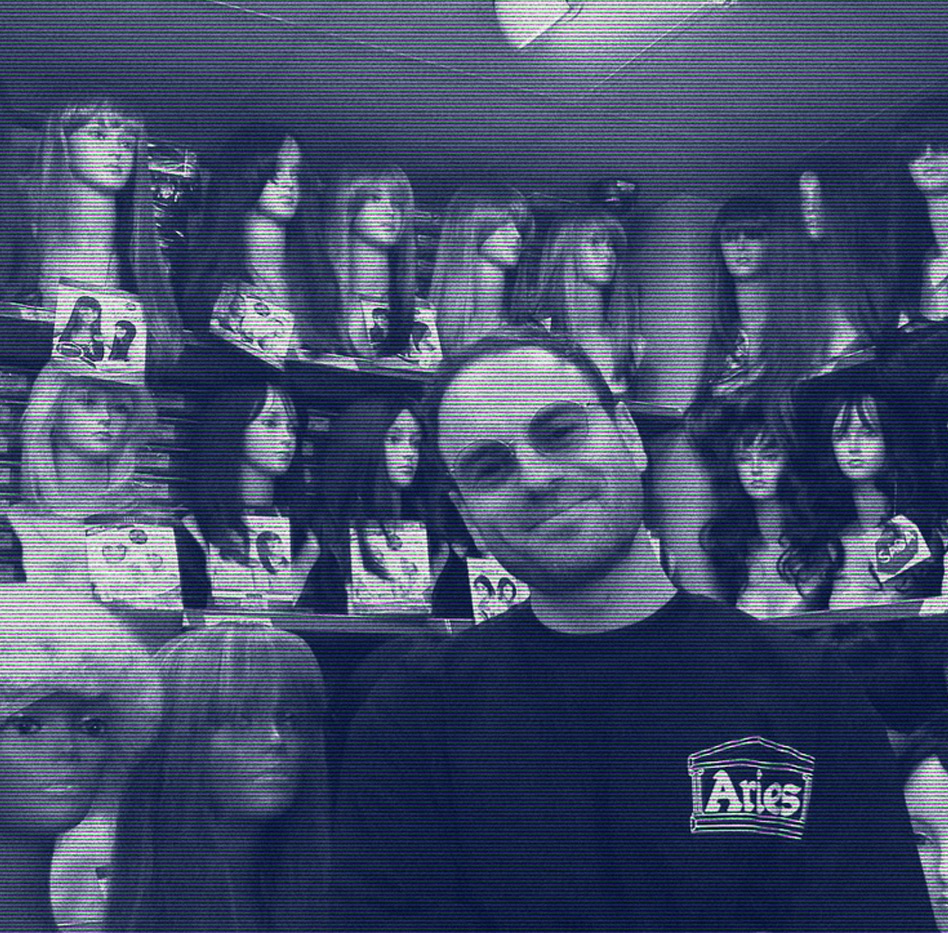 The end of the year also sees Melas put out his debut album on Maceo Plex’s Lone Romantic. Featuring collaborations with DeFekT, The Hacker and, of course, Assembler Code, the ten-track LP is an ode to his mum, titled ‘Mother’. One of the strongest albums of the year so far, it’s a relentless showcase that fleshes out his signature sound over nearly an hour of club-focused electro, with highlights coming from the mechanical electro weapon of ‘Drip Freq’, and the dusty, Detroit-esque production styling heard on cuts like ‘Ufology’. “I never thought I would do an album,” he smiles. “Maceo first asked me for an EP, but when I sent the tracks I had to Eric [Maceo Plex] he loved all of them and responded, ‘send me one or two more and let’s do an album’.

“I was feeling the most confident I had ever felt writing, so once Eric gave me his trust, a switch went off and I was writing nonstop. I was also blessed to have some heroes of mine jump on board and help me push things even further forward into my electro fantasy realm. It’s definitely geared towards the club and I couldn’t be happier with how it has all come together. The tracks perfectly reflect my influences and my love for the woman who has made it possible for me to follow my dreams, my mother.”

For his Recognise mix, Melas delivers an hour of music that reflect both his influences — with tracks from Arpanet, The Hacker, Dopplereffekt and Das Muster — as well as the sound he’s seen spinning in club, with newer material from Nite Fleit, Volruptus, Sansibar and Privacy. “One real stand out on here for me is definitely the 'Trigger My Sequencer' track by the mighty ESS,” he says of the mix, “which I hear through the grapevine may be receiving a very special re-release through a certain someone’s label.”

Want more? Check out DJ Mag UK’s exploration of the return of electro.