Set Mo: How I Play Live

Set Mo: How I Play Live

The Aussie duo break down their setup ahead of their US tour...

Set Mo's 2018 was a big one. Having drip-fed their debut album over 11 months, one track at a time, the LP got a full release in February 2019, resulting in an iTunes Australia number one. Now they're re-structuring their DJ sets into a fully-realised live show, with lights and visuals as well as live guest vocalists. We sat down with the Sydney duo to find out how the show came together and recreating studio sound for the stage.

What made you want to play live beyond just DJing?
"We love DJing and it’s what we’ve been doing for the last 10 years, however, we also love live electronic shows and some of the best gigs we’ve ever been to have been live electronic acts. We’d been speaking about building a live show for years and always brainstorming ideas on how it would look and feel. On our DJ tour late last year it was obvious that the biggest tunes in our set were our own, so we could just feel our fans were ready for a live show front to back of our songs. When we were finishing the album we knew we had to finally get the live show up and running." 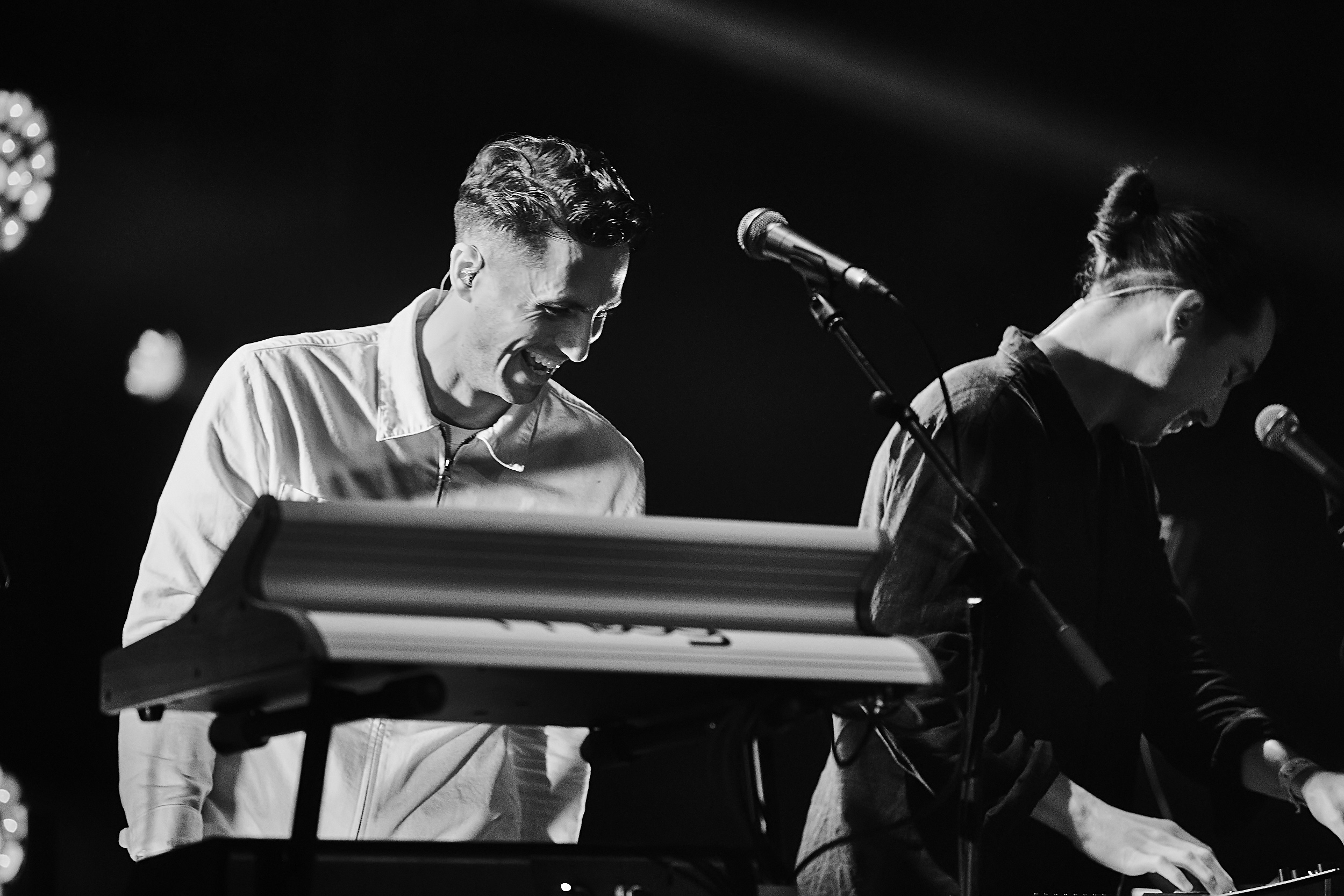 What were the biggest challenges in putting your live show together?
"We knew it was going to be a big task building a live show from scratch but neither of us knew just quite how massive an undertaking it would be until we got cracking. We also didn’t make it easy for ourselves as we had large ambitions to make the show as impressive as possible from the get-go.

"I think the hardest part of building the show was breaking out of the box – which is how we produce – and learning how to use all the new hardware we would be travelling with. Not just the synths but the playback system, the in-ear monitors for us and our guest vocalists and how all these would be controlled [by an] Ableton session without overloading the computer. There were so many unknowns that we hadn’t even considered, which we then had to go learn about. How does this specific synth work? What happens if the Ableton session stalls? How should we be altering the mix or arrangement of the tracks to maximise the impact at a show? It was a major case of trial and error but once we got the ball rolling it all seemed to fall into place and became a matter of execution – after some solid help from our peers and plenty of YouTube tutorials.

"Probably the biggest and most time-consuming part of putting the show together was deciding on a set list and how that would flow as we have the tracks blending from one to another. In the 65-minute show, the music only stops three times. Making those transitions interesting and smooth when you’re working with songs in different keys and tempos was definitely a big challenge."

What does your setup consist of?
"On stage we currently have: two Roland SPD-SXs, Korg Monologue, Moog Sub37, Akai MPD 232, Akai MPK 49, Studiologic SP113. However, we’re already looking at adding to and upgrading that."

How much is sequenced and how much is played live and how do you decide which is which?
"Our approach was pretty consistent across all the tracks, we play all the main parts of each song while playing to our personal strengths. As there’s only two of us, there’s still the majority of the rhythm section sequenced, however Nick plays additional drum parts as well as almost all the basslines while Stu’s more on keys and any mallet parts. To get around the limitation of only two sets of hands we’ve tried to send MIDI to other instruments, so we can play with their filters and/or envelopes where we can to keep ourselves as busy as possible." 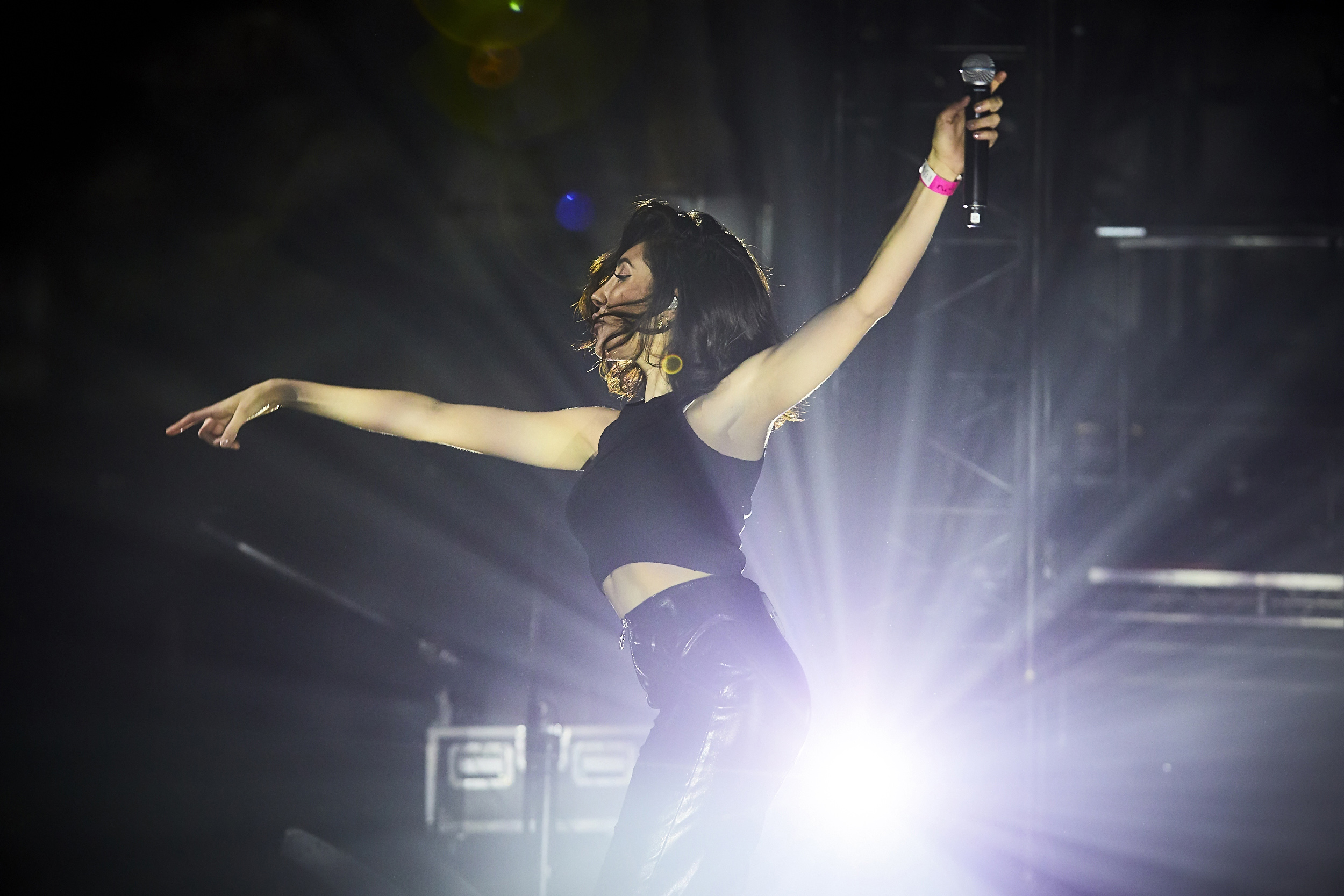 How do you incorporate vocalists into your live set? Is there an FX chain with reverbs and delays or is it all automated/tweaked live?
"This ultimately came down to the new mixdown we did for each track specifically for live, but in terms of output it goes straight out to the front of house with the rest of the audio and is processed as we would in our recordings: compression, delay and reverb – the usual process – but we spent a bit of time in rehearsals with our sound guy getting this spot on and then he obviously makes adjustments across each venue to accommodate the different rooms."

Is there a challenge in getting the compressed, studio-style sound people are used to on records when the sounds are coming from real instruments? Do you run a master channel chain to combat this?
"This definitely was a challenge and probably what demanded the most time leading into the performances. Each track was rebuilt from all its individual audio stems – sometimes up to 100 layers of audio – and then mixed down again giving a little more emphasis to the kick and low end to get the tracks to 'feel' even better than the recording once we were performing them in the live space. Once we were happy with the mix we removed all the elements that would be performed – leads, bass and vocals in most instances – and bounced out as separate group stems. We then spent a lot of time getting all the played sounds as close to the recording as possible, even better in some circumstances and then did another full day of rehearsals focusing purely on the mix with all the parts being sent to our sound guy at front of house.

"We ultimately took the same approach as our tracks; the master definitely makes it sound better but the real potential of how good it can sound starts way back with the individual parts, which is why we decided to commit as much time to this part of the process as we did. As we said this was by far the most time consuming and tedious part of the show build but now it’s done we couldn’t be happier with the overall sound out of the speakers!"

What do you think is behind the current rise in live electronic music, in both more artists playing live and more tech companies creating kit specifically for live?
"I think it comes down to a few things. Firstly there are more DJs than ever so I think more artists are also wanting to go live as a point of difference. Also, the technology has gotten to a point now where people can quite easily and inexpensively build a live show, it can literally be as simple as a computer and a basic MIDI controller. There are so many different products on the market and no 'right' way to build a live show so you can really be creative in just figuring out how you want to do it/present it. We definitely have had a lot of fun getting new pieces of gear and getting our head around them and how we can incorporate them into the show."

What are the creative limitations of playing live? Would you recommend alternating between DJing and live to keep things fresh?
"I guess the biggest limitation is that it’s a lot harder to change the set once you have a live show all set up. Depending on how you’ve structured the set it can be quite time consuming to move things around drastically. Given the strong visual and lighting elements to our show as well, that’s what we’ve found so far. Although we’re definitely focusing on live at the moment we’ll never stop DJing, it’s what we’ve done for so long. We love being able to DJ a club set and just read the crowd and go with the flow depending on that specific space and energy in the room, you don’t get to do that with a live show." 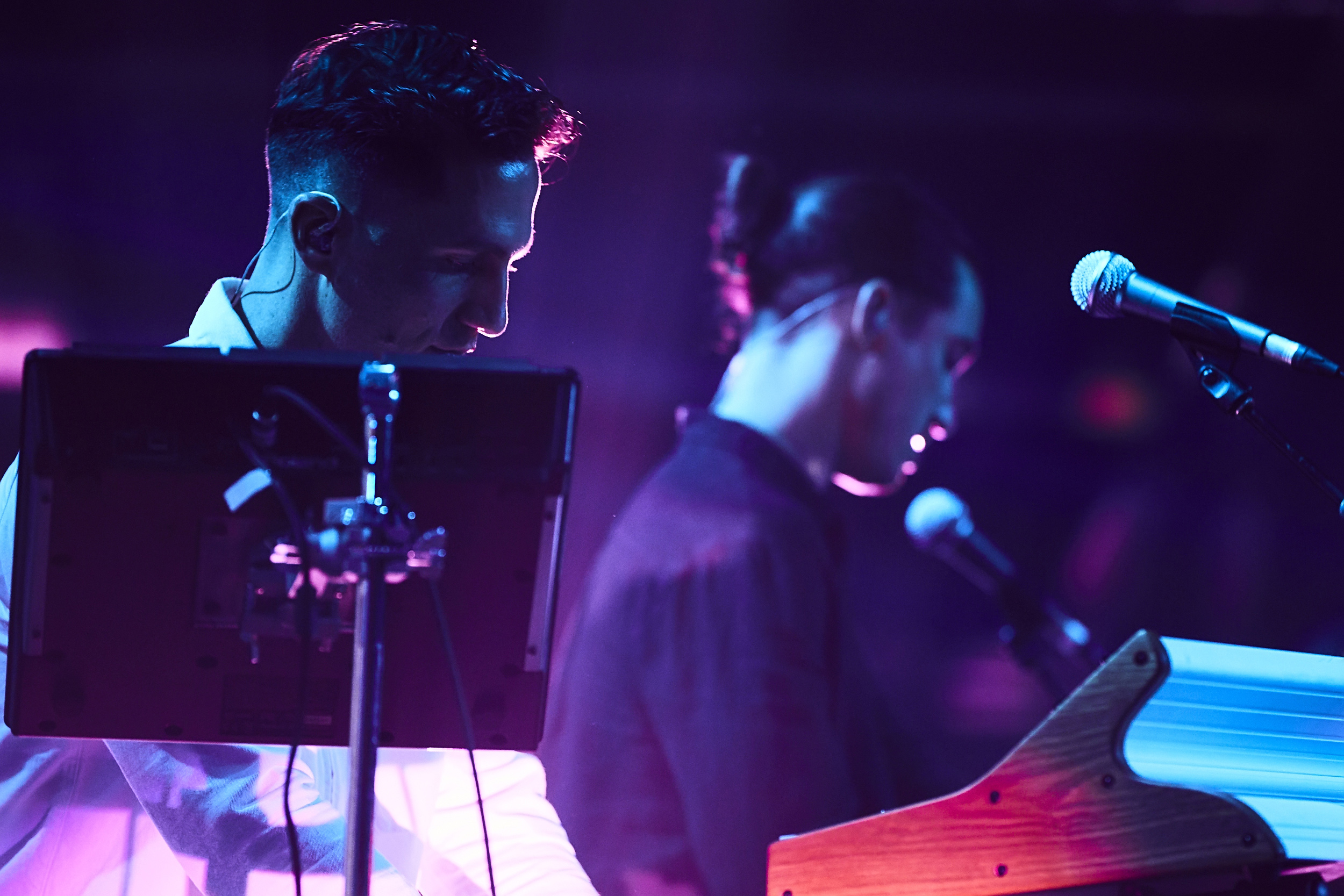 Does a dancefloor feel or appreciate the effort that goes into a ‘live’ set in your opinion?
"It depends on the setting I think. In a nightclub if it’s late and people are there to dance then the live element can potentially miss the mark if your set isn’t the right vibe, however in a live music venue or at a  festival where people come to see a certain artist perform, the set can drive people wild. I think there’s certainly an appreciation of the effort that goes into a live show in these settings. At a live gig people listen with their eyes not only their ears so they like to see the things being played that they’re hearing. This was something we considered when figuring out what parts to play on what gear in the live show.

"For example, Nick plays some bass parts on the Studiologic controller, that has these big organ pedals, with his hands so the action is far more dramatic than if he was just to play it on a normal keyboard."

What would be your advice for a producer wanting to take their music live?
"Do it! It’s mad and we wished we’d done it earlier, to be honest. The earlier you start the easier it will be because you’ll have less music and a simpler set up – in most part thanks to a tighter budget. Having said that be prepared to spend some time and effort setting it all up and learning the ins and outs of everything. Once it’s up and running you’ll hopefully have systems in place that make it easy to build upon and make additions to the set and your rig. It’s such a rush to perform all your own music to an audience, we walk off stage and the adrenaline is pumping!"

As the lines blur between what ‘live’ is – running a drum machine alongside a DJ set, or a full-blown laptop-less hardware setup – what do you think is next for performance in the club?
"It’s very true that the line is being blurred between what is 'live' and what’s not. Whatever keeps people entertained, dancing and having a good time is all that matters to us. We can’t predict the future but there’ll probably be some AR/VR weirdness happening before we know it. Maybe something along the lines of the crowd having a more interactive immersive experience that’s aided by the new tech. Who knows?"