Cybotron’s debut album ‘Enter’ is important for when it was released (1983); notable for where it was made (Detroit); and hugely significant for who made it (Juan Atkins, one of the Belleville Three, the Detroit musicians who are credited with inventing techno in the 1980s). As the first album released by any of the Three (Derrick May and Kevin Saunderson make up the legendary numbers), ‘Enter’ makes a very strong claim for being the first Detroit techno album, and for that reason alone it should be hung in museums and preserved in Arctic seed banks for all eternity.

Fortunately, ‘Enter’ is also a brilliant, pioneering and extremely strange album, laced with sky-gazing funk, melodic clarity and futuristic wonder. While the combination of all three aspects is hugely important, it is perhaps the latter that makes ‘Enter’ the precursor for Detroit techno, a genre that looked to the horizon for inspiration and even salvation. “That was basically the concept behind the whole album,” Atkins told journalist Dave Tompkins. “Clear out the old program. Technological revolution.”

‘Enter’ marks the point when techno started to diverge from electro, and the first seeds of a new music were sown. The album’s sound isn’t always a radical diversion from electro, perhaps, but it represented a shift in attitude from the straight-up dancefloor obsessions of the hip-hop-influenced sound, towards something more radical, futuristic and extreme.

The stylistic root of this bizarrely wonderful release can be traced back to Cybotron’s unusual make-up. The group was formed in 1980 by a youthful Juan Atkins and Vietnam vet Richard “3070” Davis in music class at Detroit’s Washtenaw Community College. Davis had already released one record by this time — 1979’s proto-techno classic ‘Methane Sea’ — and there was a dozen years in age, not to mention a world of experience, between the two. Davis had seen action in the notorious Tet offensive, one of the largest military campaigns of the Vietnam War and, as he explained to Tompkins, “I was not in the rear with the gear.” But the two bonded over synths, and soon started to record as Cybotron, the name a portmanteau of cyborg and cyclotron. 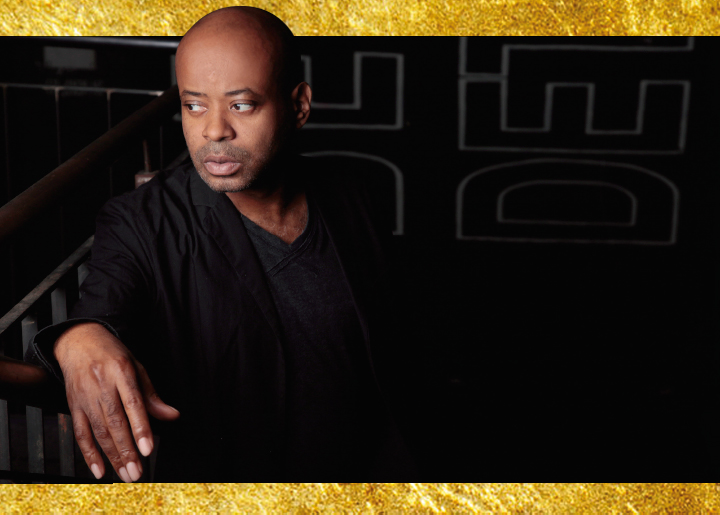 In 1981 Davis used his army disability pay to finance a seven-inch single on Atkins’ Deep Space label, ‘Alleys Of Your Mind’, followed by ‘Cosmic Cars’ in 1982 and the classic ‘Clear’ in 1983. The six songs on these three releases would form the backbone of ‘Enter’, the band’s debut album, also released in 1983. (Confusingly, the album was re-released as ‘Clear’ in 1990 with a slightly different track listing, then re-re-released under its original title in 2013.)

The Atkins/Davis duo wouldn’t last long: as Davis explains it, Atkins left the band around the time of the recording of 1984 single ‘Techno City’, annoyed by Davis’ decision to bring in John Houseley (aka Jon-5) to play guitar. “He (Davis) was heavily influenced by Jimi Hendrix,” Atkins told Red Bull Music Academy. “You could call him Jimi Hendrix on the synthesizer. I think that was where he wanted to be, in that album-orientated rock [scene].”

Musical tensions may have driven the band apart, but they also helped to make ‘Enter’ into such a singular release, as Atkins’ dancefloor smarts and love for funk rubbed up against Davis’ search for melody and soul. ‘Clear’, a techno classic that has been sampled by everyone from Missy Elliot to Ciara is, on the face of it, fairly straight-up electro. But the song shines with a kind of luminescent modernity, the song’s lyrics bursting with the desire to burn the past and escape to the future, underpinned by timeless synth melody. In 1974, Kraftwerk had sung of effortless travel on Germany’s Autobahn; in 1977, they celebrated European railways on ‘Trans-Europe Express’. ‘Clear’, however, felt like a glide into futuristic space travel, like Kraftwerk turned up to 11.

‘Cosmic Cars’ is similarly propulsive: the cars here are space vehicles, and Cybotron are dreaming of escape to the stars, over a beat that feels like George Clinton and Kraftwerk meeting in an elevator, some six years before Derrick May coined the phrase to describe his vision of techno. ‘Alleys Of Your Mind’, meanwhile, is a kind of nightmare electronic pop, the group surveying a wasteland of barren earth and paranoia over a brilliantly nagging riff. It is one of the crudest songs on the album — the leap in production between ‘Alleys...’ and ‘Clear’ is vast — but one of the most impactful, thanks to its solemn insistence.

These three songs alone would be enough to make ‘Enter’ into a classic. But beyond these pillars of modern electronic music are five tracks that send the album off into its own orbit. ‘Enter’, ‘Industrial Lines’ and ‘The Line’ are essentially electro rock songs, where you can hear Davis’ love for Ultravox and guitar shine through. Those familiar only with ‘Clear’ may be surprised to hear the three songs’ use of widdly guitar histrionics, allied to pulsing drum machines and creeping synth lines, but their feel of itching paranoia fits well with the album’s outlook. What’s more, Cybotron were clearly excellent songwriters, a fact that often gets overlooked. If someone were to tell you that ‘The Line’ was written by The Cure, for example, you could easily believe them.

‘Cosmic Raindance’ and ‘El Salvador’ take the album off into yet new cosmic directions. The latter starts off brightly, with an airy vocoder hook and nebulous chords, but later descends into hell, as Davis works through his Vietnam trauma on record. The song’s lyrics are unintelligible, but Davis told Tompkins that in the hook he sings “I don’t want to kill you but I have to,” while the song is broken up four minutes in by the crudely simulated sound of helicopters and machine guns.

‘Cosmic Raindance,’ however, might just be the album’s peak. The song — still apparently a Detroit dancefloor filler — may essentially be Davis experimenting on his new ARP Odyssey synth, but the result is a psychedelic wonder that blasts off into a gentler, stranger universe. ‘Cosmic Raindance’ is not electro, and it’s certainly not Kraftwerk. But in the twiddling, evolving synth lines and rushing electronic beat, you can hear techno being formed before your ears.

Davis would continue with Cybotron after Atkins’ departure, releasing two further albums in the ’90s that ramped up his techno rock sound, while Atkins would go on to make numerous techno classics as Model 500, before taking the reigns of Cybotron once more. Cybotron played their first ever gig in April 2019 in London, with The Guardian noting in its review that the venue’s foyer was “an absolute scrum of London’s dance music community.” This was a sign, if one was needed, of Cybotron’s legendary status in the electronic music world, a legend that rests on the unearthly strength of the band’s cosmic classic debut album.