It feels rare to see the organisers of a festival dancing enthusiastically in the crowds, shouting messages of support to the performers, and giddily mingling amongst the revellers. But at Ano 0, the biggest venture yet from Lisbon’s Rádio Quântica, this intimate sense of community, support and solidarity is the driving force behind its successful first year.

Ano 0 is the brainchild of Rádio Quântica’s co-founders Violet and Photonz, along with their collaborators João Viegas and Odete. As a queer-focused, avant-garde festival, it is the first of its kind in Portugal. Spanning two days, it’s split between Lisbon’s historical culture association Galeria Zé dos Bois, and a collective-run arts venue, ADAO, in Barreiro, a small industrial town across the Tagus river. The festival attempts to bridge the gaps between Lisbon’s fragmented queer communities, as well as integrate other artists from scenes that are divided by class, geography or music styles. The line-up, which almost exclusively features Portuguese artists, brings everything from leftfield kuduro rhythms to ethereal ambience, performance art and twisted industrial techno. Along with its diverse music menu, Ano 0 also hosts two open talks on DIY initiatives in Lisbon. The result is a heartwarming union of disparate groups, together nurturing nascent stars, championing seasoned performers and strengthening communities through a shared space and exchange.

Since its formation in 2015, Rádio Quântica has played a vital role in Lisbon’s underground scene. Home to over 150 shows by local labels, artists, DJs and journalists from across Portugal and beyond, their inclusive and diverse programming aims to empower new and known creatives by offering them a platform. Artists like Odete, who was approached by Violet after her first gig in Lisbon to join the station, have used their shows to hone their artistry and bolster confidence. Their ongoing series of nights at Lisbon’s largest club Lux Frágil uses their influence within the scene to pollinate dancefloors with fresh talent, and features their own favourite selectors from across the globe. But their efforts don’t stop there, Quântica have been crucial in supporting Lisbon’s LGBT+ community. In 2018, DJ and photographer João Viegas, Pedro Marum, Violet and Photonz set up mina, a roving queer and sex-positive techno rave, that’s renowned as one of Lisbon’s wildest parties. 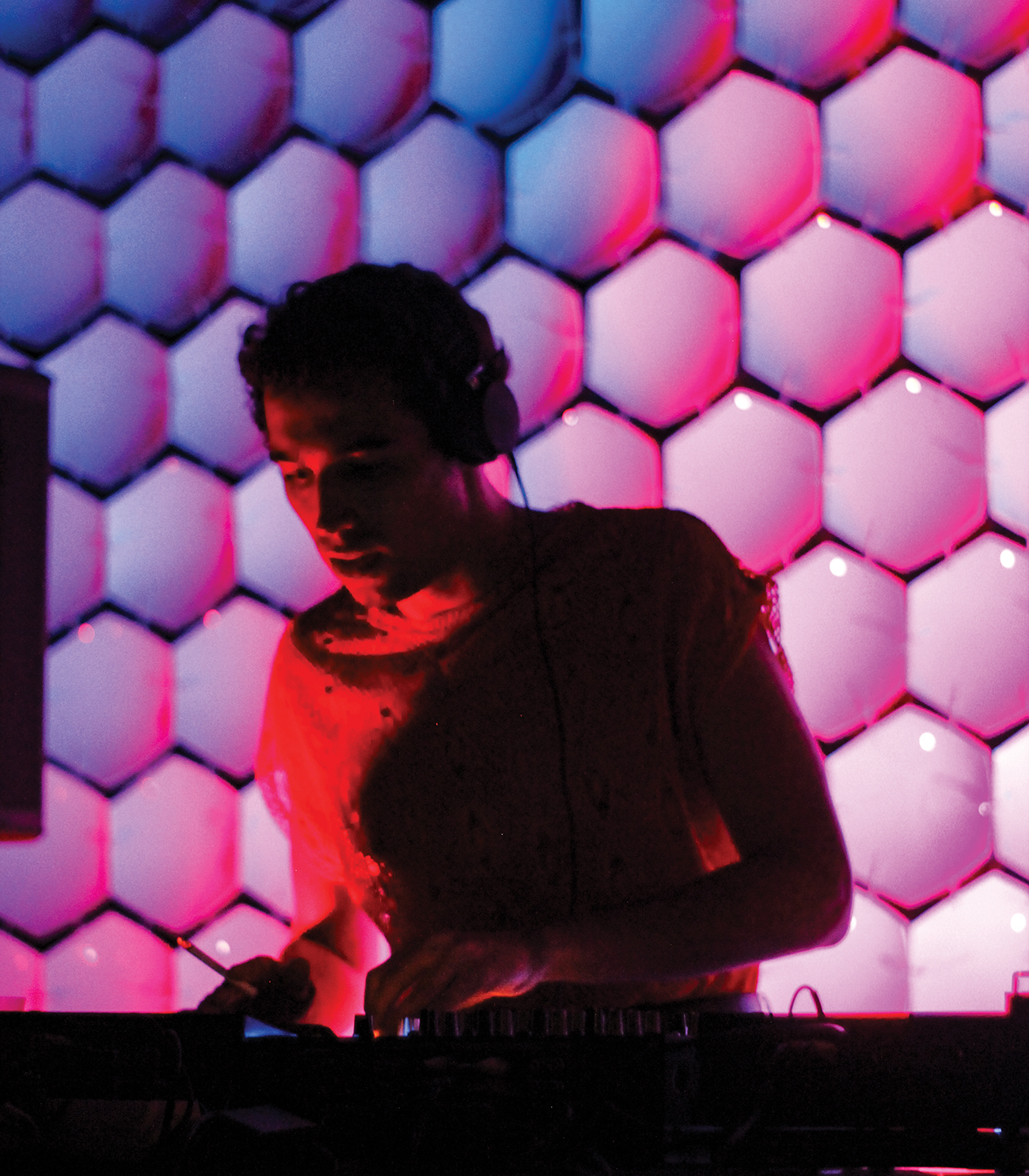 Ano 0 takes Quântica’s socially conscious ethics to the next level, with trans, POC, gay, lesbian, bi and female artists having preference. But their aim is to also legitimize the work of outsider DIY communities by creating a larger union. “I didn’t feel any support from other festivals in Portugal, or even other collectives we’re not involved in... We are still not united enough. We are still inside our tiny bubbles,” offers Odete on the importance of Ano 0 for the LGBT+ community. “Having our needs met is rare, and having a crowd that is ready to really listen is important for the development of a more balanced structure of things inside the club scene,” she continues.

Suspended above the rowdy matrix of streets in Barrio Alto on a small dancefloor to the side of a sweltering sun terrace, Príncipe’s new signing PT Musik, aka Puto Tito, launches straight into an off-kilter mix of kuduro and tarraxo. He impressively carries off the whole set still wearing his backpack, while a budding crowd gathers. “This is his first ever DJ gig,” Violet tells DJ Mag as she watches him from the terrace entry, gushing over his obscure selections. Downstairs, the ascending ambient artist Raw Forest soothes a seated crowd with radiant synths, sounding like the soundtrack to slow shooting stars. Her set acts like an ethereal ear cleanser, like the sorbet you want as a full dessert.

Unlike the corporately sponsored festivals, which are plentiful in Portugal, and rely on familiar, cash-cow artists to bring in the crowds, Ano 0’s artist and community-led line-up offers something out of the ordinary. The festival invites you to experience artists you’ve never heard before, through their own perspective. The programming is spontaneous, and full of surprises. 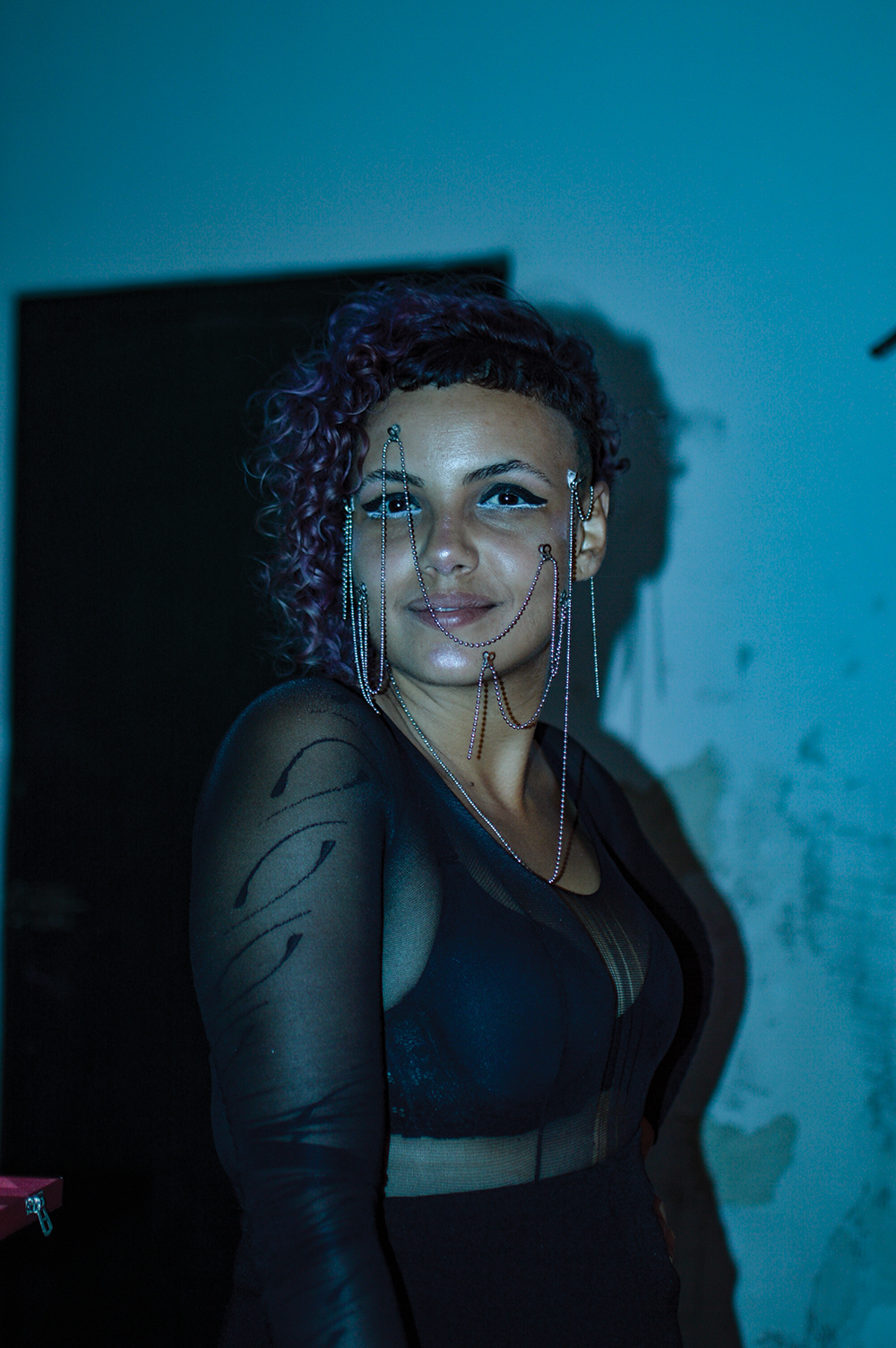 Barreiro-based Opus Pistorum’s swampy lo-fi techno gives way to a sexually raucous  performance by Tita Maravilha, to the sounds of Brazilian funk and experimental bass played by Cigarra. Odete, one of Lisbon’s most promising news artists and a trans-activist, finishes off the live sets with a theatrical performance of deep catharsis and subverted humour. Draped over a closed piano mounted with her equipment, she cries in pitch-distorted tones over her mutated bass, casting a transfixing spell over her audience. There isn’t a chin stroker in sight, people roam from room to room with the casualness of a house party, taking in the experiences, lovingly cheering the artists like a friend. DJs Yizhaq, Dakoi and Fabaitos valiantly take the night into the little hours with their individualist tastes ranging from tropical riddims to snarling techno, and deconstructed club music.

Day two takes place a 20-minute ferry ride away from Lisbon. It’s set in Barreiro’s ADAO, an impressive arts venue with two main rooms filled wall to wall with art installations made from recycled materials, including two swings to the side of the main stage! While Quântica’s crowd is largely Lisbon-based, getting people across the river to attend day two is a challenge, but one that pays off. There is a glowing sense of intimacy as a crowd of around 100 curve around the main stage for singer/ songwriter Catarina Braco’s opening concert. Set against a backdrop of silver streams and suffused in neon pink light, she sings charming Portuguese songs about strap-ons, not playing Pokémon Go, and doubt over how often to change her bedsheets. After, Lisbon’s outsider pop label Troublemakers showcase their two leading stars: Herlander delivers tender R&B with caramel vocals, while Ness graces the audience with impassioned and vulnerable pop ballads.

Aurora Pinho, a fierce artist and inspiring trans-activist, serves as a highlight of the festival. Her hypersexual performance of muted deathcore and bass contortions saw her drag herself across the floor, lick audience members and contort her body like a mechanical doll. “Stay strong, bitches!” she says, with deadly sass, closing her show to a beaming audience. 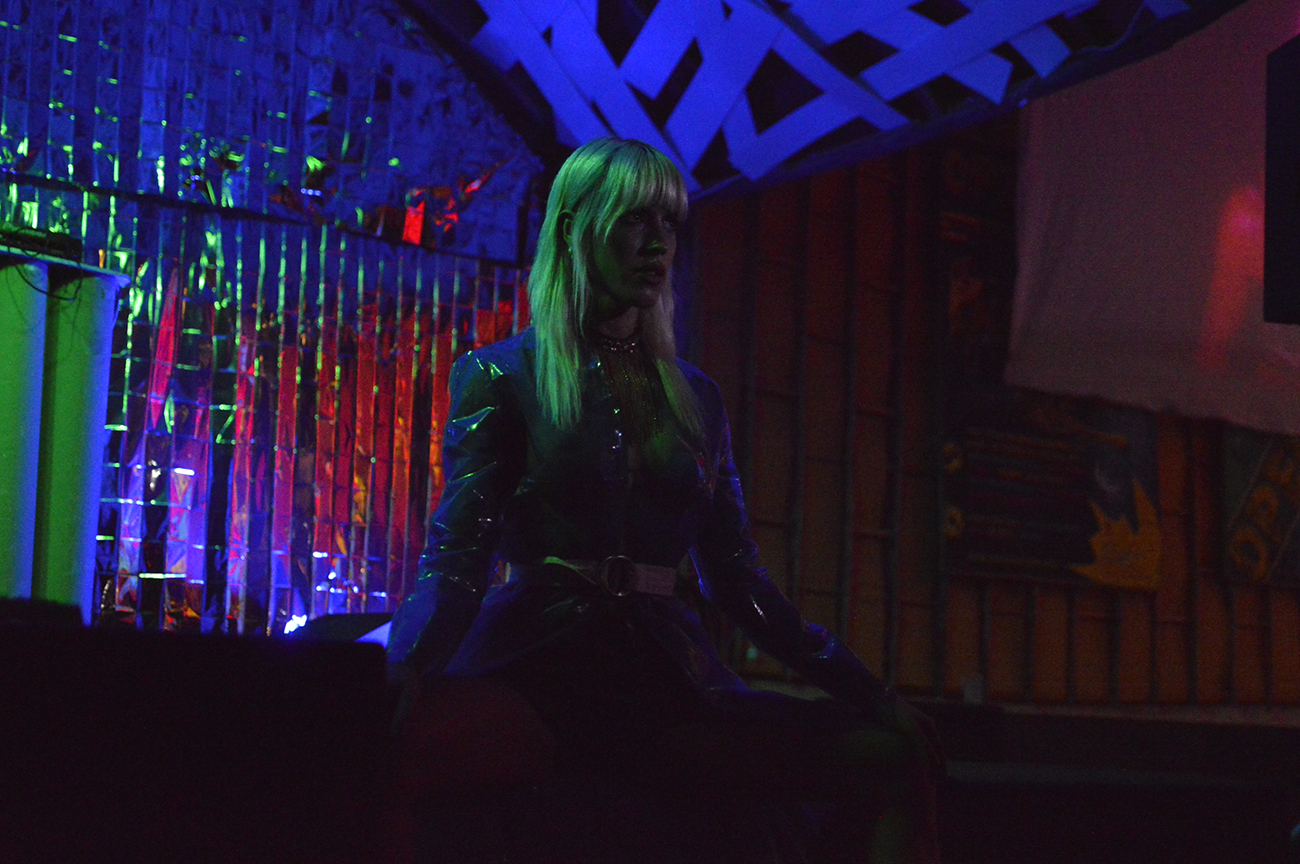 While the live shows across the festival supply some of the most thrilling moments, selectors Violet b2b Photonz, Taxila and Viegas each boss out standout sets of electro, experimental hardcore and fresh UKG, bringing the festival to a spirited end.

Ano 0 is a breath of fresh air. The unpretentious warmth and integrity of the organisers bleeds into the charming energy of the festival. It feels special to witness such an overwhelming amount of vulnerability and burgeoning talent, which is often missing from festivals in the dance music world. Their rejection of ‘old fart’ snobbery over format and equipment is a progressive and uncomplicated approach, which empowers and validates the DIY communities in their quest to create, grow and be recognised within a larger industry.

It’s a labour of love, fuelled by passion and full to the brim with humanity and wild creativity from Portugal’s vanguard. It was hard not to leave the festival without a fulfilling sense of unity, and inspired appreciation for community as a form of resistance in a world striving for equality and peace.

Read about the unrelenting strength of Kuduro, Lisbon's most exciting sound here