On Cue is our flagship mix series, celebrating the pivotal DJs and producers whose influence has shaped the world of electronic music, both in their local scenes and beyond. This week, DJ Mag talks to Barely Legal about her early days with Just Jam, London's underground bass scene, and the world of Pretty Weird, alongside a fast-paced, whirlwind mix of techno, garage, footwork, jungle, and everything in between

London-via-Birmingham's Barely Legal is a mainstay of the UK scene. An artist who has been at the forefront of the underground bass world for almost a decade, the DJ and label owner has spent 2019 playing gigs everywhere from Munich to Ibiza, and performed at Croatia’s Hideout, Creamfields, and Snowbombing. As the year winds down, Barely Legal is finishing up her Pretty Weird tour, a label affiliated party series, which has been touring the country since August.

When we catch up with Barely Legal, she’s recovering after a weekend of back-to-back gigs, having hosted a Pretty Weird takeover in Bath on Friday night withh D&b legend DJ Storm, and playing at Manchester's Warehouse Project’s mammoth new home - Depot at Mayfield - on  Saturday. “I was feeling pretty burnt out when I arrived at WHP,” she tells DJ Mag, “but I thoroughly enjoyed playing and catching up and watching other sets that evening. It was my second time playing at the new venue, but I was literally in and out the first time, so I got to check out the entire place - I often get lost as I have terrible navigation skills and memory, and as expected, I got lost on numerous occasions.”

In line with the peers she performed alongside at WHP, including D. Tiffany, Flava D, Sherelle, and Manchester collective Swing Ting, Barely Legal is an accomplished selector. While arguably best known for her d&b and UK garage sets, in more recent years she has branched further into styles such as footwork, jungle and even techno. Growing up in Birmingham listening to UK garage and grime, her diverse style and ear for heaters came after she moved to London in 2009.

“I was listening to DJs on Rinse FM,” she says - a station she has gone on to DJ on frequently. “I was also going to FWD>> at Plastic People, Some Night at The Den, Boiler Rooms and Corsica studios.” While at University, Barely Legal also began an internship with popular grime YouTube channel, Tim and Barry, who at the time, were stepping away from their legendary MC and freestyle videos to launch a live streaming series, Just Jam. From there, she immersed herself in London’s underground bass scene while interning. She performed at XOYO alongside the likes of Steffie and Mitee in 2011, and turned the heads of Marcus Nasty and Scratcha DVA, as well as Mistajam, who selected and aired one of her mixes on BBC Radio 1xtra. 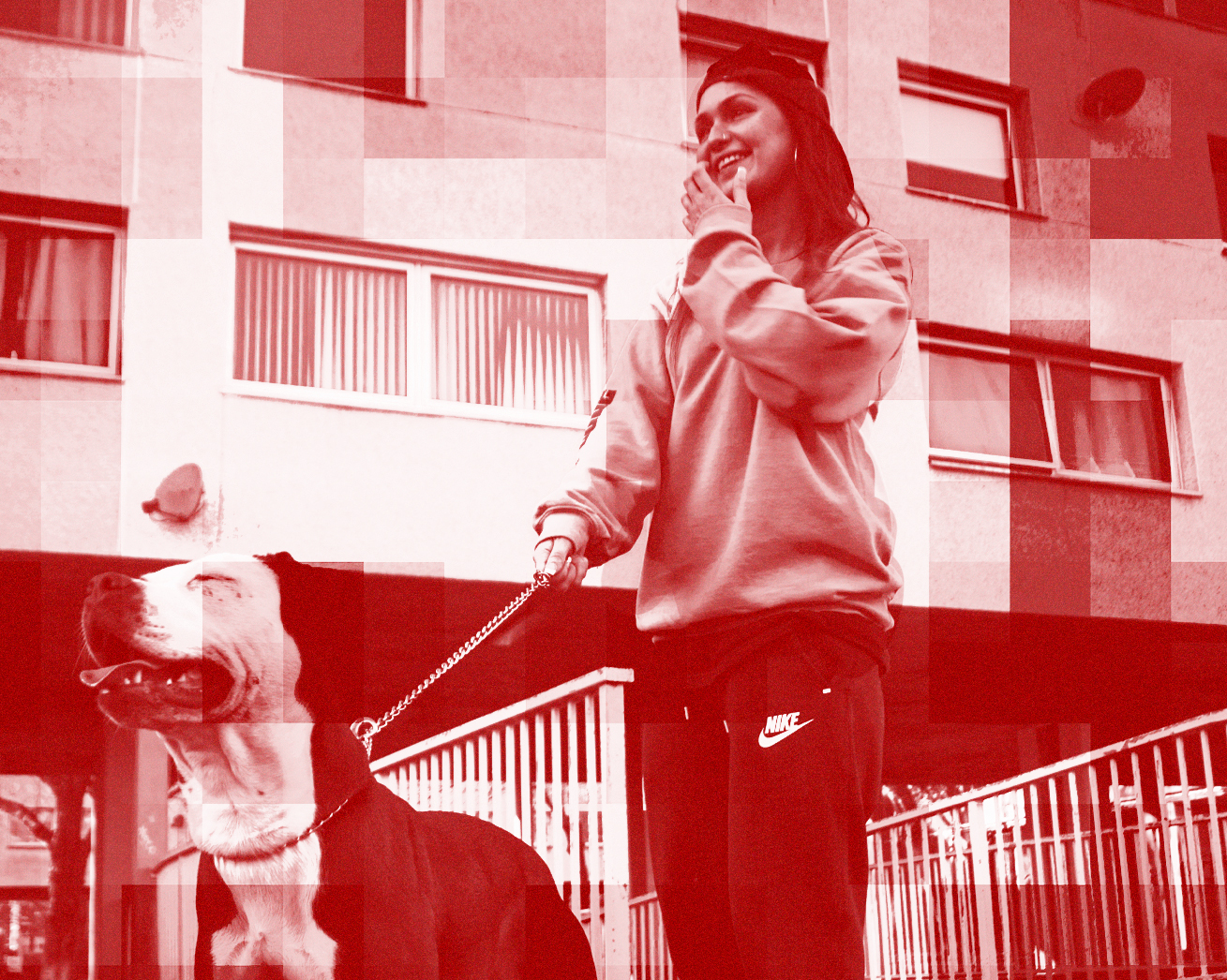 Gaining her stripes purely as a DJ, citing artists like Oneman and Ben UFO as the driving force behind her love of genre-spanning sets, Barely Legal launched her Pretty Weird record label in 2017 as a home for high-quality, underground productions. The label’s debut EP came from Near, before ‘DidDieDoDat?’, courtesy of Barely Legal’s long-time friend and mentor, Chimpo, with a fusion of classic drum & bass on the A-side and a dubbed-out garage remix from Ghost on the flip. West London’s Silkie followed that at the end of 2018, with his intense dubstep two-tracker, ‘Don’t DJ For Free’.

“I’ve been slow on the release front,” Barely Legal admits. Up next on the label though, is an EP  from Brighton’s purveyor of psychedelic bass music, Etch, with Exit affiliate and jungle favourite Fixate on the remix. Although her label features more established names, she feels she supports upcoming talent through her RINSE FM shows and gigs.

The most recent branch on Barely Legal’s Pretty Weird tree is the aforementioned tour, with line-ups featuring the likes of Batu, Dillinja, Hyperdub’s Proc Fiskal, Tereza, Sherelle and more. “All of the parties have genuinely been great and so much fun,” she says. “The line-ups feature a balance of old and new generation artists who inspire me, as well as a strong selection of both female and male talent who I really rate.”

“Gender equality shouldn’t really come into it,” she continues. “But I know that it does, and I’m 100% backing the movement of gender equality in the industry. I’m seven shows in now with two left to go. I’d say my personal favourite shows were Milan with Addison Groove, and Berlin with 6 Figure Gang - although I hate to even use the word favourite, because they’ve all been the best.”

As for the year ahead, worldwide tours and more parties are on the agenda for both Barely Legal and Pretty Weird for the DJ and for Pretty Weird. “America, Australia, India and New Zealand are looking hopeful,” she says. “There’s more releases on the way too, with Pretty Weird parties and festival stages planned for summer too.”

Barely Legal’s On Cue mix is a fast-paced trip down a wormhole of techno, dark garage, footwork, dubstep, and house, with some tracks that she “doesn’t even know what to categorise as, genre-wise", including cuts from Addison Groove, Nikki Nair, the forthcoming Pretty Weird release from Etch, and DJ Tennis.

Want more? Check out our On Cue mixes with DJ Flight and Om Unit