On Cue is our flagship mix series, celebrating the pivotal DJs and producers whose influence has shaped the world of electronic music, both in their local scenes and beyond. This week, to celebrate the release of his new LP as Black Jazz Consortium, 'Evolution Of Light', Fred P speaks to Ben Murphy about his love for Brazilian music, storytelling through albums, and his soulful, intimate style of deep house, which he demonstrates in an exquisite mix

“My parents were really big record collectors and they were serious about it — so much so, that they had separate collections,” deep house innovator Fred P tells us over Skype from his Berlin home, recalling his upbringing in Flatbush, Brooklyn. “They would write their names on their records, which was very interesting, looking back at it. You live in the same house but you have separate record collections?”

Fred Peterkin’s obsession with music began when he was a child, and an extensive knowledge of soul and jazz — as well as disco, hip-hop and electronic sounds — is indelibly imprinted in his own material. Since the mid 2000s he’s amassed a stack of albums, EPs and singles under his own name, as Black Jazz Consortium, and as FP-Oner. Fred P’s tracks share a predilection for spacious synth pads, syncopated live percussion, and deep organic bass. Whether he’s making broken beat inspired by West London, or imbuing his creations with the heritage of New York dance music, there’s a distinctive Fred P sound that has over the years graced labels like Mule Musiq, Secretsundaze and Ibadan.

His latest venture as Black Jazz Consortium is ‘Evolution Of Light’, a globetrotting album length expedition influenced by his travels as a DJ. In particular, it explores Fred P’s love of Brazilian music. ‘More Blessings’ is decorated with beatific guitar plucks, tropical bird song and shuffling percussion, while ‘Salvador’, named for the country’s north eastern city, moves from subtle bubbling electronics to lush Portuguese vocals, amid atmospheric double bass, jazzy drums, wiggly synths and shimmering Rhodes keys. While on tour in Brazil, Fred P decided to ask some local musicians if they’d be keen to collaborate, and Trovao Rocha, Leonardo Peretti, Leo Vieira and Bruno Elisabetsky help bring an authenticity to the new record.

“Brazil has this really incredible history of music,” Fred P says. “I thought to myself, ‘I’m here in this place with this great musical heritage, and I would like to tap into it because I’m influenced by it’. I got with some guys there, we got in the studio, and some things started to appear. That was exactly what I was looking for. I wasn’t looking to do [legendary Brazilian fusion group] Azymuth, I wanted to try to express what Fred would say in that environment.”

Suffused with light and space, another track, ‘Brisbane’, found its muse elsewhere in the southern hemisphere. Its swirl of cirrus synths and switch up into smouldering Roy Ayers jazz-funk (with live bass guitar from Slikk Tim) suggest the energy Fred felt while staying there.

“I love Australia, it’s one of my favourite places in the world next to Tokyo,” he says. “The last time I was in Brisbane, I had a week there, and I walked around the city. I was getting all this inspiration. I stayed at a really nice Airbnb, and I had this view of the city that, every day I woke up, I was like, ‘wow, I’m here, I can’t believe I’m here in this beautiful place’. I was overwhelmed by it. When I made that track, I tried to take that feeling, see what it would sound like. Every morning you can’t help but see the beautiful blue sky and the puffy clouds, with the fresh air coming in… I was just sitting there being grateful for that moment.” 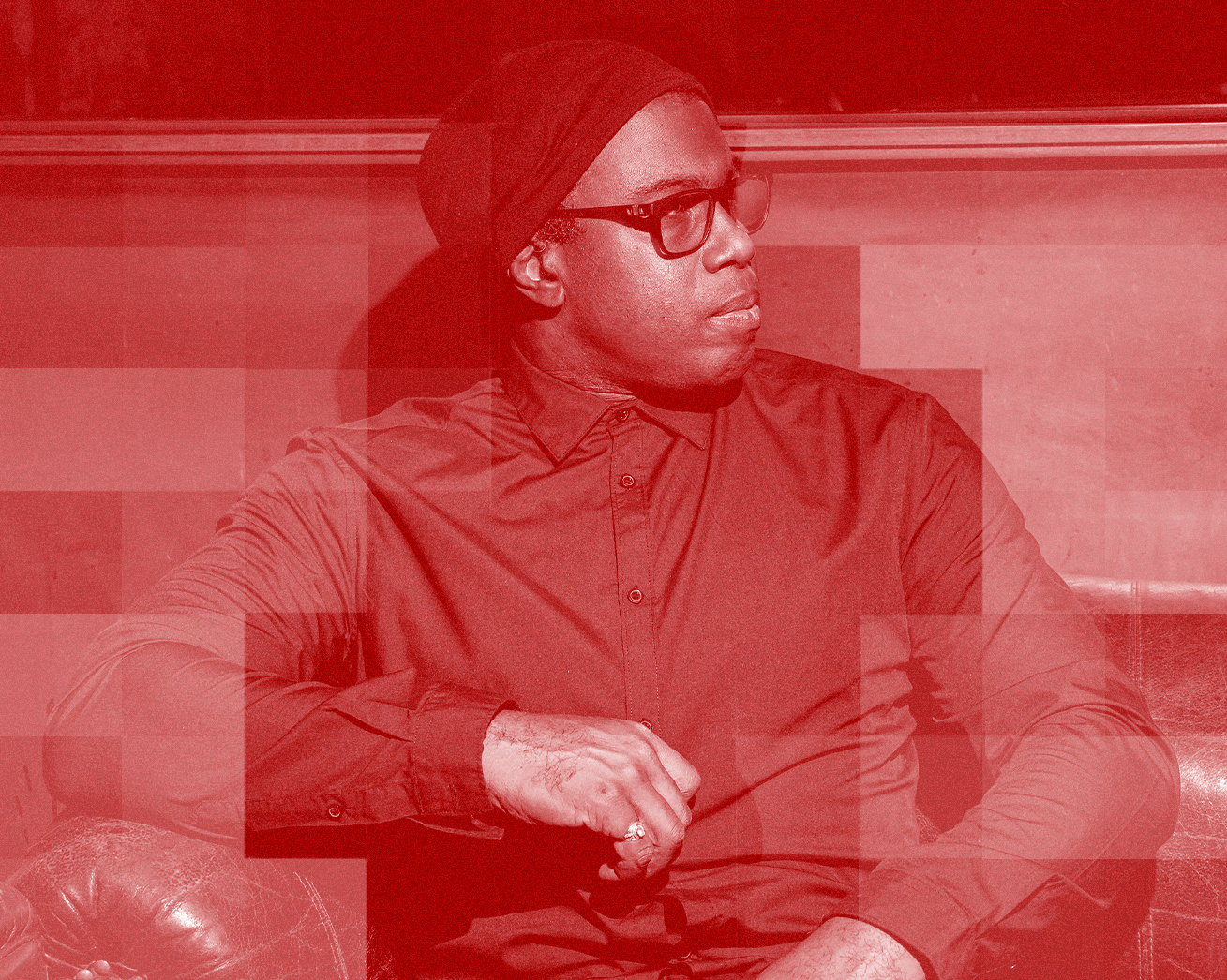 Though he’s renowned as a house DJ and producer, Fred P’s creations often display an appreciation for the syncopated rhythm structures and funk influences of the UK’s broken beat style. On his new album, the track ‘A Century Of Love’ has the same shuffling, offbeat movement as the sound made by artists like Bugz In The Attic, IG Culture and latterly, Henry Wu.

“That was the stuff I was listening to early when I was trying to figure it all out,” Fred P says, reminiscing on his younger days, when a friend introduced him to the genre via a mixtape he’d made after buying records on a trip to Europe. “The things that stood out to me were happening in West London at the time, like G Force and IG Culture.”

In particular, the work of 4hero in their various guises looms large in Fred P’s imagination. “Nu Era, Tom & Jerry… all that stuff is a huge inspiration for me. Marc Mac and Dego have been teachers. When I’ve heard their music, I’ve always looked to the future — like, this is what it’s all going to sound like in 20 years. It’s so expressive and open.”

The work of Fred P is driven by a core principle: his belief in house music as a continuation of soul and jazz. There’s a line through all his music that can be traced back to the records he heard as a kid on his portable Snoopy radio, the tunes his parents would play, and the vinyl he’d later collect as a budding DJ, while listening to New York radio stations in the ’80s and early ’90s.

“House is a logical progression,” he says. “It’s a more approachable sub-culture to these things. Electronic music, given the technology of today, most people, if they really have a mind for it and want to experiment can probably get their ideas out. That’s the approachable aspect. How deep you go with it, is totally up to the person. I would say deep house is definitely a very close relative to art forms like jazz and soul, even the blues. It’s more or less music of the people — regular folks.”

Fred P discovered house when he was in junior high, initially by tuning in to weekend transmissions by 98.7 Kiss radio in NYC. On there, alongside hip-hop and soul from DJ Red Alert and Chuck Chillout, he’d hear the club-centric beats the city was also famous for producing. “There would someone like Kenny Carpenter or John Robinson, and they would play disco and early house. I would listen to that in my room and do graffiti pieces, trying to imitate the stuff I saw on the trains.”

Later, he’d record shows by DJ Disciple and listen to them on his Walkman, hearing tunes by Kerri Chandler and Cassio Ware. In senior year he was going to clubs frequently, and soon started making his own beats. “The first gear I acquired was a Korg 01/W, which had a 16-track sequencer on it, and an Akai S950 sampler. That’s when I started to do my first tracks, we’re talking 1992, ’93.”

Since the mid 2000s Fred P has been highly prolific, releasing many EPs, LPs and singles via his Soul People Music label as well as a host of other imprints. His big breakthrough as Black Jazz Consortium was the album ‘RE:Actions Of Light’, and he has an especial affection for that format, having grown up surrounded by them.

“I come from an era of albums,” Fred P says. “Out of all the groups I’ve liked, the most prolific were The Isley Brothers, Earth, Wind & Fire. Around the time they reached their height they were dropping one or two albums a year. That always stuck with me. When I listen to an artist, I see if they’ve got an album, and then try to listen to the whole thing and see if they go through these moods, because long players tell us a story. These things are good food for thought. Take someone like Sun Ra, he’s got more albums than anybody, but if you took the time to go through a portion of his catalogue, there’s a story from record to record.” 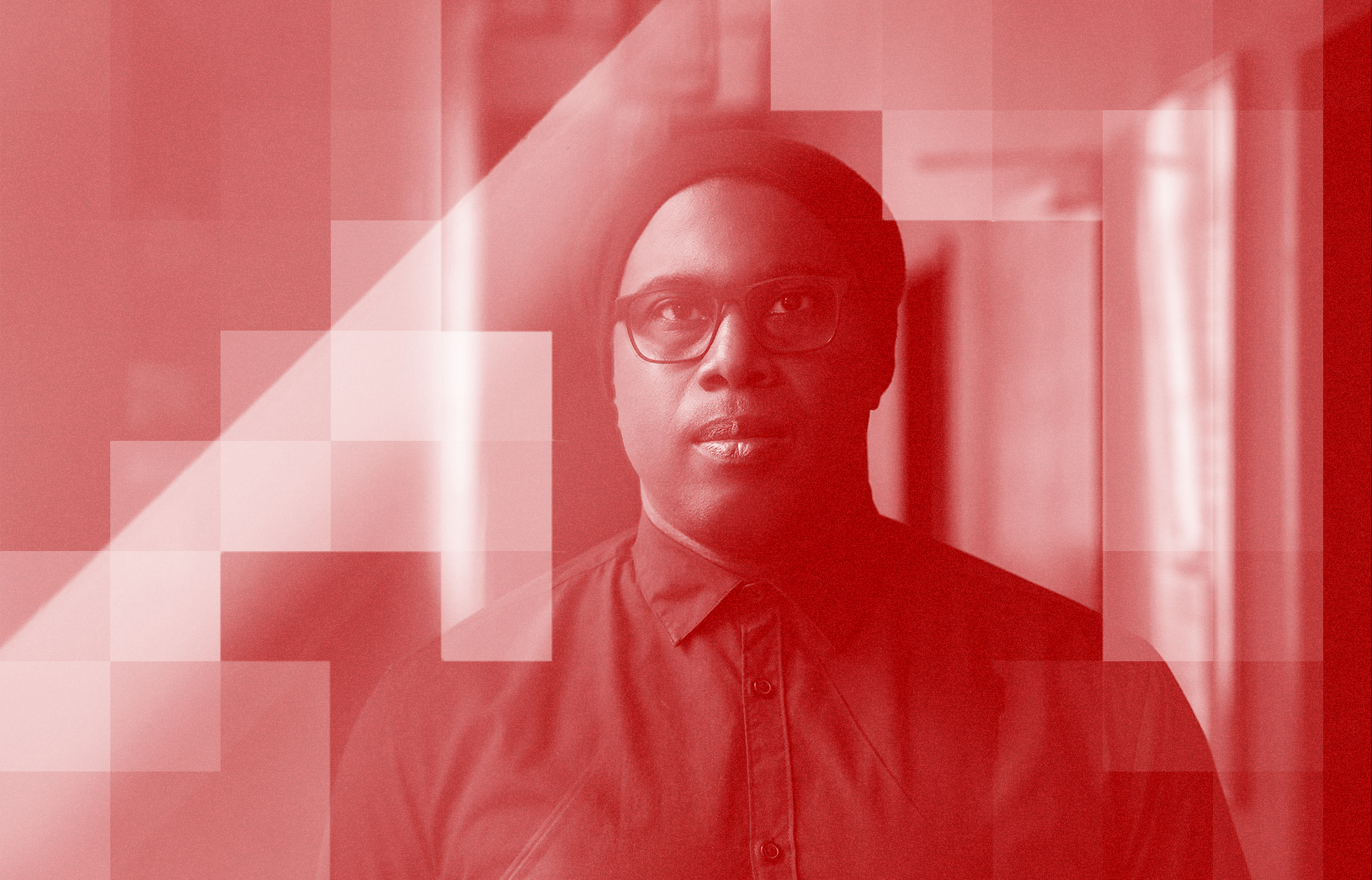 As a DJ, Fred P is constantly on tour from Korea to Canada and everywhere in between. When in the mix, he favours a more uptempo sound than you might hear from him on wax, a significant change from his earlier days when he’d play “deep and moody”.

His new mix for DJ Mag’s On Cue series follows this theory, and contains several exclusive unreleased tracks, including one that has great emotional significance to him. “One of them is a song that’s dedicated to my mom who passed away last summer. It has a lot of meaning for me, it’s right in the middle of the mix.”  Another tune will feature on the sequel to his acclaimed ‘Sound Destination’ album, also to be released in what’s shaping up to be a busy 2020. Before we conclude our conversation, Fred P departs with a sincere message for his fans and supporters.

“I want to thank all the people that have ever listened to, purchased or come to a show over the past 10 years, because that’s what keeps me going, and inspired to continue to explore and experiment, and try new things.”

Want more? Check out our On Cue features with Galcher Lustwerk and Joe