On Cue is our flagship mix series, celebrating the pivotal DJs and producers whose influence has shaped the world of electronic music, both in their local scenes and beyond. Next up is Manchester-based DJ, producer, NTS Resident, and all round good guy, Ruf Dug, who drops in with just over an hour of funk-infused, jazzy disco and balearic grooves

Last weekend, one of the UK’s best-loved festivals, Houghton, was cancelled due to a typically British extreme weather warning in peak summertime. Among the acts slated to perform at the East coast event, which included Ben UFO, Call Super, object blue and Shanti Celeste, was beloved Manchester DJ, Ruf Dug.

“It’s Friday morning in my kitchen when I was supposed to have been at Houghton, so it’s all a bit weird at this present momen,” Ruf Dug tells DJ Mag. “I’m not quite sure how I feel right now.”

Aside from that, the last 12 months have seen few complaints from Dug, though, who says reflecting on the past year makes him “feel pretty good”. He tells us some of the highlights have been his releases on both Peckham’s Rhythm Section and Futureboogie, as well as “special superstar B2Bs” with Midland and Leon Vynehall. “This is probably the big highlight though,” he says. “Getting an all-new-mega upgraded Mad-Max-meets-Crystal-Maze-industrial-zone set build for the Ruf Kutz stage at Gottwood.”

Ruf Kutz is Dug’s highly-collectable label, home to what the outlet’s bio describes as “raw tracks for the club that fuck around with the concept of copyright a bit but nobodys making $$$$ so its all good”. His debut ‘Dirty’ EP as Ruf Dug came on Chris Duckenfield’s label, PPF, in 2009, and Manchester’s much loved Piccadilly Records made it record of the week. “It was a good moment but I didn’t have anything lined up to follow it,” he says. “But what I did have was a bunch of edits I’d made and been playing out.”

What followed was the beginning of the Ruf Kutz imprint. “I figured I didn’t know anyone who ran an edit label, and I didn’t really know anybody at all except Chris Duckenfield and Piccadilly, so I thought I’ll press up 250 of these myself and see what happens.”

“That’s the ‘vision’ for the label right there,” he continues. “I got a bunch of test pressings done, went to London and hustled in the record shops like “Hey, I’m Ruf Dug, I got Piccadilly Records of the week, do you wanna hear my new EP?”. One thing led to another, Moodymann got hold of one and put it into a chart, and I’ve been dining out on that ever since...”

A long time before Ruf Kutz was established though, Ruf Dug had grown up a self proclaimed “music brat”, joining his school’s orchestra and choir, and taking a far more formal approach to music in his formative years. He grew up in Manchester and spent summers in Ibiza, and shortly after discovering clubs and gaining an interest in “techno and dance music”, relocated to Australia. He became involved in the post-Millennial warehouse party movement taking over Sydney, a place which showcased the different sides of electronic music as well as  their respective followings.

“Back then, the scene in Sydney was really a whole bunch of very small scenes all happening at the same time, and there seemed to me to be almost a sense of tribalism around each one,” Dug remembers.  “The techno kids and the house heads and the drum & bass lot all kept to themselves, and as somebody who was interested in many different kinds of music, it felt odd to me that people would be so insular.” Finding the the city’s music landscape restrictive, Dug eventually discovered what he describes as a “bona-fide underground”.

“The more commercial side of Sydney's scene at the time was pretty rubbish,” he explains. “Pedestrian nu-skool breaks, ultra-commercial trance and prog-by-numbers. The underground, though, was fantastic - there were tons of really exciting warehouse parties.”

“There was Mad Racket which is still one of the best parties I've ever been to, and more excitingly,” he continues, “there was a really nuanced and multi-layered queer underground with one party in particular, Club Kooky, being one of the greatest things that's ever happened in contemporary culture anywhere. Everyone likes to bang on about the importance of ‘70s and ‘80s NYC to queer culture, but the Sydney underground seriously has a world class heritage and subsequent influence, even if it's not so well known.” 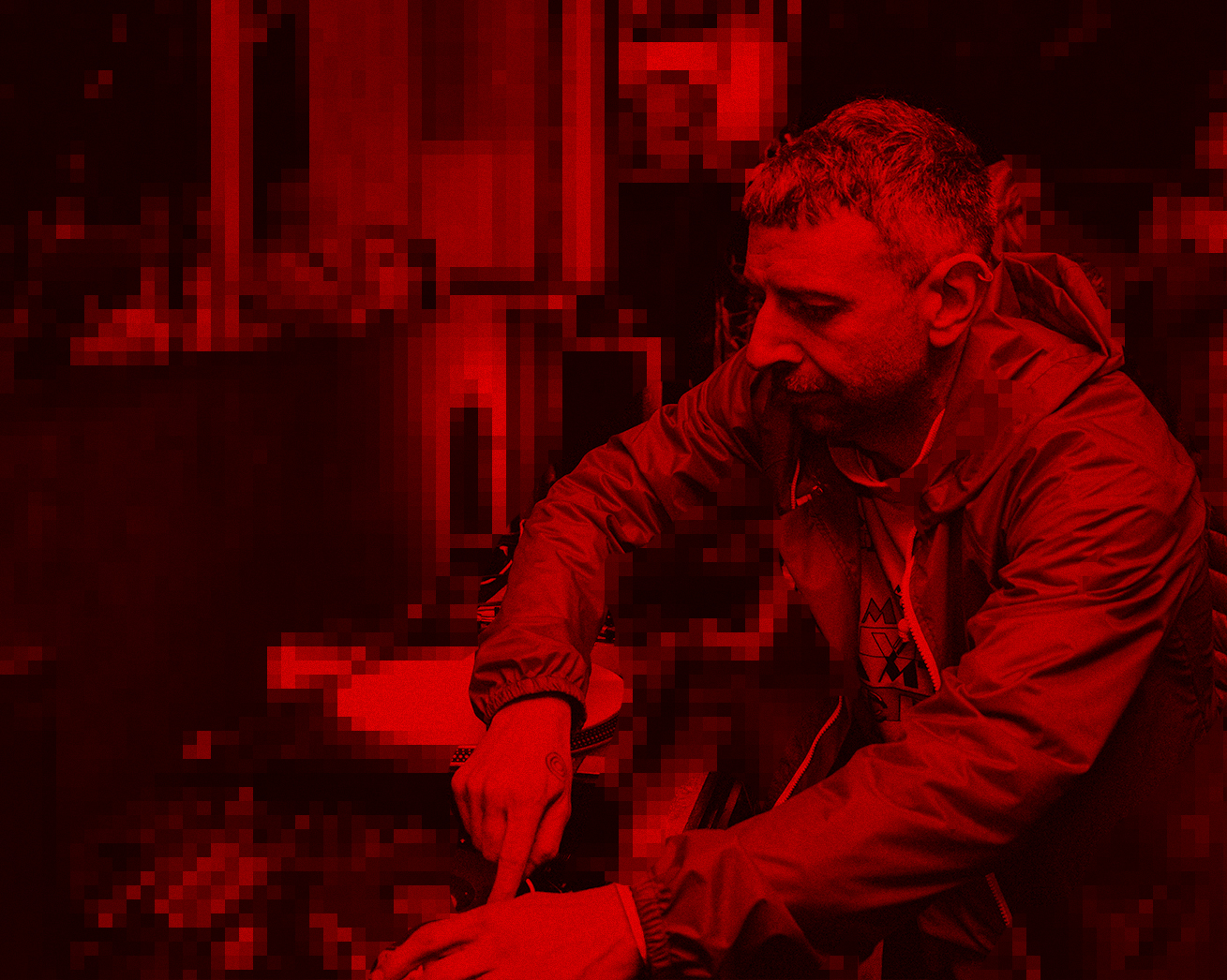 "One thing led to another, Moodymann got hold of one and put it into a chart, and I’ve been dining out on that ever since...”

While in Australia finding his feet in the clubs and warehouses on the city’s underground circuit, Dug also began to present on 2SER, a community radio station in Sydney, and upon returning to the UK wanted to continue on air. “I loved doing radio and was desperate to get back into it in the UK but didn't really know how” Dug says, before we speak about his current residency with Femi Adeyemi’s beloved NTS Radio.

“I first heard of NTS either through Noise In My Head or Beautiful Swimmers, I can't remember now,” he says. “But as soon as I found out about them I was like 'I need a show on this station'.”

Dug hosts a monthly show of balearic boogie, disco, electro and leftfield, with more recent episodes featuring guests in the form of Contours and Ruf Kutz affiliate, Glowing Palms. “I can't remember how, but I got Debi’s (DEBONAIR) email address and pretty much borderline spammed her asking for a show, a spare slot, a pre record - anything.”

“Eventually I got the chance to do a pre record for a 3AM slot, then a guest slot, and then the regular show,” Dug says. “I love the show, and I really love NTS. I feel so proud and lucky to be part of it and it makes me so happy to see how the station has flourished. The reach these days is unbelievable. Every single gig I play, no matter where it is, someone will come up to me and say they listen to the show.”

Across his decade-long career producing as Ruf Dug, the artist has released on labels such as Unknown To The Unknown, Golf Channel and Music For Dreams. His productions range from glossy, tropical synth baths to gritty, analog electronics, with the latter a favoured sound in Dug’s arsenal. The ‘Ruf Tapes Vol. 1’ in 2014, comprising of “dark disco & dream house”, was an insightful introduction into how deep Dug’s love of vintage sounds and ‘80s nostalgia runs.

“I'm of the age where our first computer was a Spectrum, and all the games came on tape as well,” he reflects. “So you know, this little cassette, this physical device, it means quite a lot in a super reminiscent sense. All of this aesthetic really puts me in a place in the same way that watching Stranger Things does.” 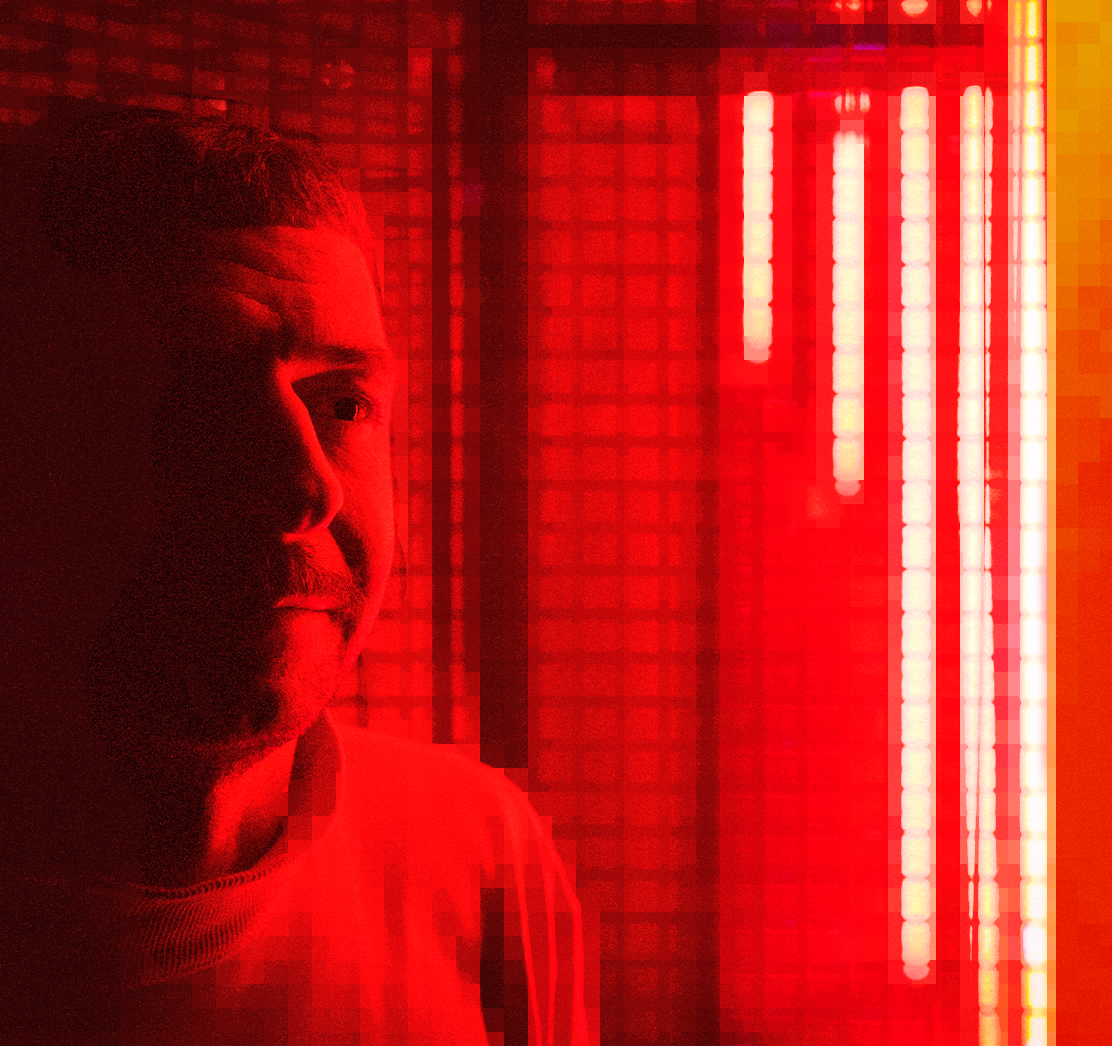 Even Dug’s most recent productions are under the same, nostalgia-tinted umbrella . His release in April this year, ‘Ruf Dug presents The Committee’, saw a collaboration between himself and his affiliated South London collective, Rhythm Section, for a five-tracker sitting somewhere between “fictional band and studio collaboration” that glitters with evocative retro vibes.

The record was Rhythm Section’s first, fully in-house production recorded in their studios, and features label boss Bradley Zero, as well as Natalie Wildgoose and sisters Sienna and Nadina Mustafa. The production of the project was also inspired, Dug shares, by groups like Massive Attack and Soul II Soul.

“You had a big bunch of vocalists and musicians, and often two or three producers all working together under one name,” he says. “Before any music was written, I was keen to explore this idea and so we contacted our friends and asked who was up for collaborating. Whoever was interested we invited them into the studio and jammed with them.”

“We recorded a lot of music and vocalists that didn’t make it onto the final record, perhaps there’ll be a sequel?”

In terms of upcoming releases, Ruf Kutz has a busy schedule,with the next release due “any moment” Dug says, from a new Manchester-based band called See Thru Hands, who’s influences range from Prince and Talking Heads to LCD Soundsystem. Dug will also be releasing new music on the label, alongside Sarah Bates and the aforementioned Glowing Palms.

Dug released his last album, ‘Island’, in 2015. A hazy, lost-at-sea package of sublime and syrupy synth-work, a remix package followed in 2017 which featured re-imaginations courtesy of Andi Hanley, Peaking Lights and Seahawk.

“I’ve actually recorded another album for Music For Dreams together with Dennis Bovell and Kenneth Bager,” he says, when speaking about the potential of another LP this year. “It’s been in post-production for a long time but I really hope it will see the light of day soon. I would love to write a companion to 'Island' - I want to make some more music for the club first though!”

From the opening sounds of jazz-funk fusion record ‘London Town ‘85’ and french popstar Carol’in’s ‘C’est La Ouate’, to Norm Talley’s hazy house heater ‘The Journey’ and Ricardo Vallalobos’ groovy, off-kilter ‘Waiworinao’, Ruf Dug provides you with just over an hour of funk-infused disco and balearic hedonism for our On Cue series.

Want more? Check out our On Cue mixes from Nightwave and Bézier
Amy Fielding is DJ Mag's digital staff writer. Follow her on twitter @amebbbb