On Cue is our flagship mix series, celebrating the pivotal DJs and producers whose influence has shaped the world of electronic music, both in their local scenes and beyond. This week, Mira Karadjova talks to Berlin-based Swede, SPFDJ, about her meteoric ascent, her Intrepid Skin label, and the importance of retaining a sense of humour. She also steps up with her first three-deck mix – an hour of maximum intensity techno

“I'm still kind of squatting in my own flat, I have no furniture yet, just a mattress on the floor and two Kallax shelves for my DJ setup,” says SPFDJ, who has just moved into a new home. Amid a hectic touring schedule, featuring first-time gigs in India and Canada this summer, she has been, until now, between flats, and staying with friends “whilst going away every weekend and partying too much.”

“I've been all over the shop, living my most chaotic life,” she admits. “I’m a raver myself at heart.”

Such forthrightness might come as a bit of a surprise to anyone who hasn’t been following SPFDJ’s meteoric, grassroots ascent. But for those in the know, it’s completely in line with her tongue-in-cheek ethos and, of course, her raw, intense DJ sets. Over the course of the last year and a half, SPFDJ has taken the underground by storm – becoming one of the scene’s most talked about DJs with her blistering sound, which fuses high speed techno, EBM, industrial and trance.

SPFDJ's incredible skills behind the decks and impeccable selections have landed her a residency at Berlin queer techno party Herrensauna, along with gigs at Berghain’s Säule, Tbilissi’s Bassiani, Amsterdam’s De School, Printworks London, Dimensions Festival and Dekmantel Festival. Her live streams from Herrensauna and Dekmantel cemented her reputation as an outstanding selector, snatching hundreds of thousands of views online and stealing the hearts of ravers across the globe. Though for her, seeing the video from Dekmantel after her gig “was pretty surreal.”

“Weirdly that didn't hit me at the time,” she says, “[The fact that] people genuinely want to pay for me to travel the world is a bit nuts.”

Admitting that she loves touring, in contrast to many of her counterparts, SPFDJ finds it “therapeutic in some way”. The Berlin-basd Swede says she hasn’t been “too affected by the loneliness that many DJs complain about.”

“I've been saying that I think this lifestyle suits me because I'm an extrovert, but only 10% of the time,” she continues. “I’m quite okay with only my own company through airports and such.”

Touring aside, SPFDJ has been running her own monthly show on Rinse FM since 2018, which has quickly become one of the station’s most popular residencies. She also launched her own label, Intrepid Skin, last year. The imprint has so far seen two outstanding releases from Turkish producer and live act Nene H and Polish techno purveyor VTSS. When asked about her own productions, though, SPFDJ says she’d rather not talk about it too much.

“Let’s say it's my longer term goal to release an EP on my label,” she explains. “But I have a long way to go and don't want to be ‘all talk, no action'.”

Being an artist at forefront of high-speed techno’s new wave, the Herrensauna resident has quickly become synonymous with the full-throttle sounds she’s been championing in the booth. However, while she’s never been one to play warm up sets, SPFDJ’s love affair with the fast fringes of dance music didn’t actually begin until she saw Blawan at the Moat stage of Dimensions Festival in 2012.

“I guess that had a big impact on me,” she tells DJ Mag. “He played really hard and fast and it was a bit of a shock but it stuck with me.” 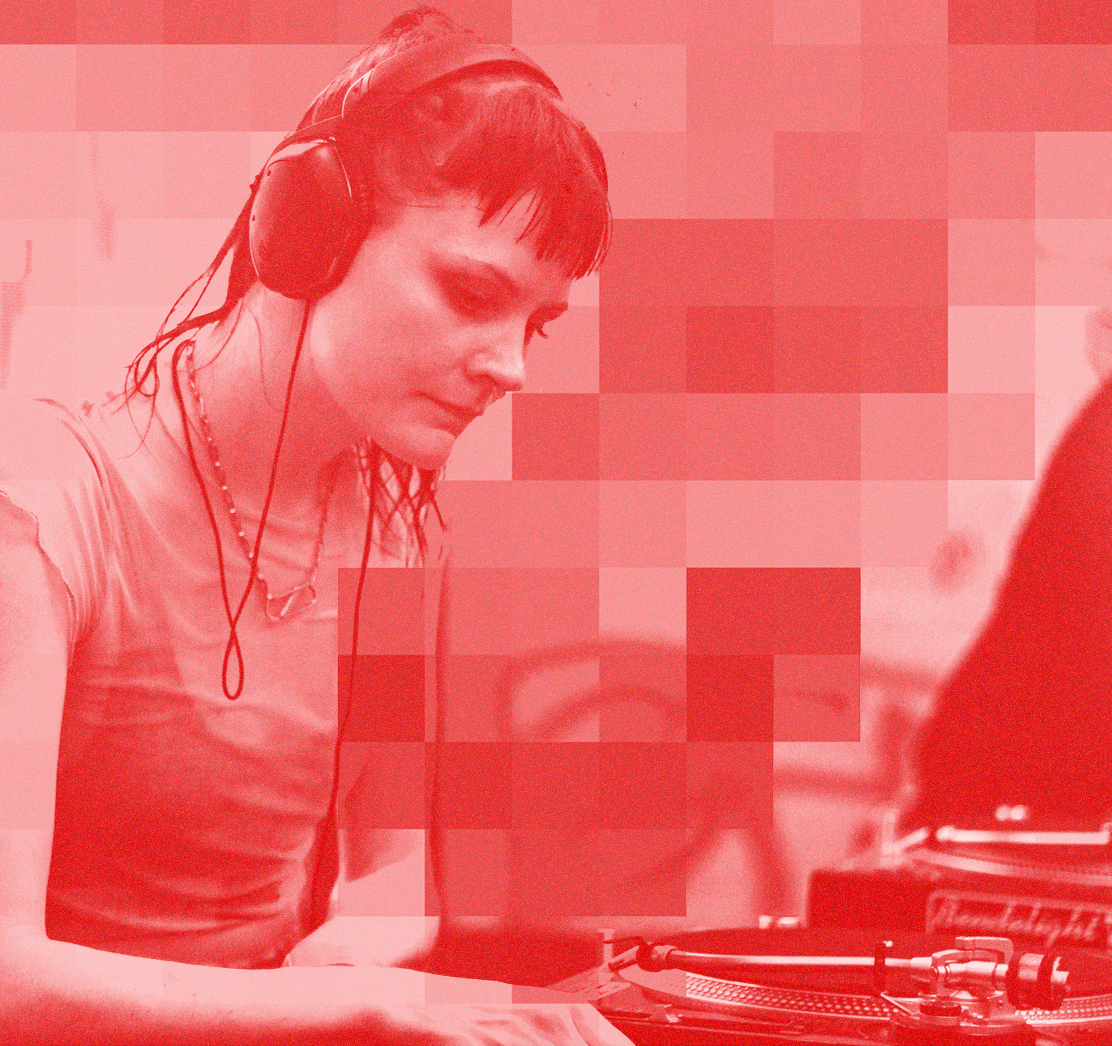 Growing up In Sweden, SPFDJ wasn’t really exposed to any underground sounds. In fact, her list of early influences includes an interesting mix of the Eurovision Song Contest acts, Eurotrance, and her dad’s Phil Collins, Kiss and Ace Of Base records.

“I'm not sure how to connect these influences to my music work today,” she explains. “Maybe it has made me appreciate musicality in techno and not just dead beats. I tend to really like playing with musical elements in my blends, often even clashing melodies, as I think you can hear in [my On Cue] mix.”

SPFDJ’s On Cue Mix offers 66 minutes of relentless, fast-paced sounds, spanning techno, EBM, electro and trance.  “It’s a bit of a departure from my usual style, but I’m all for trying out new things,” she says.

On Cue is also Lina’s first three-deck mix ever. As she plays vinyl, she admits she hasn’t “felt the need to spice things up” until recently. When she saw Setaoc Mass play in Bordeaux earlier this year, she was inspired to try three-deck mixing herself. Earlier in September 2019, SPFDJ and her usual partner in crime VTSS “had a cheeky little go at it” during their back-to-back set at Säule, which happily paved the way for this mix.

“A big chunk of this mix is me layering three tracks, there’s even one blend with one record and two digital tracks in here,” Lina explains. “Responding to track ID requests is going to be messy,” she quips.

What’s even more fascinating than her incredibly complex transitions is the fact that the entire mix was recorded without any monitors involved. “I also don’t have any speakers in my new flat yet so I was using just my headphones for this.” 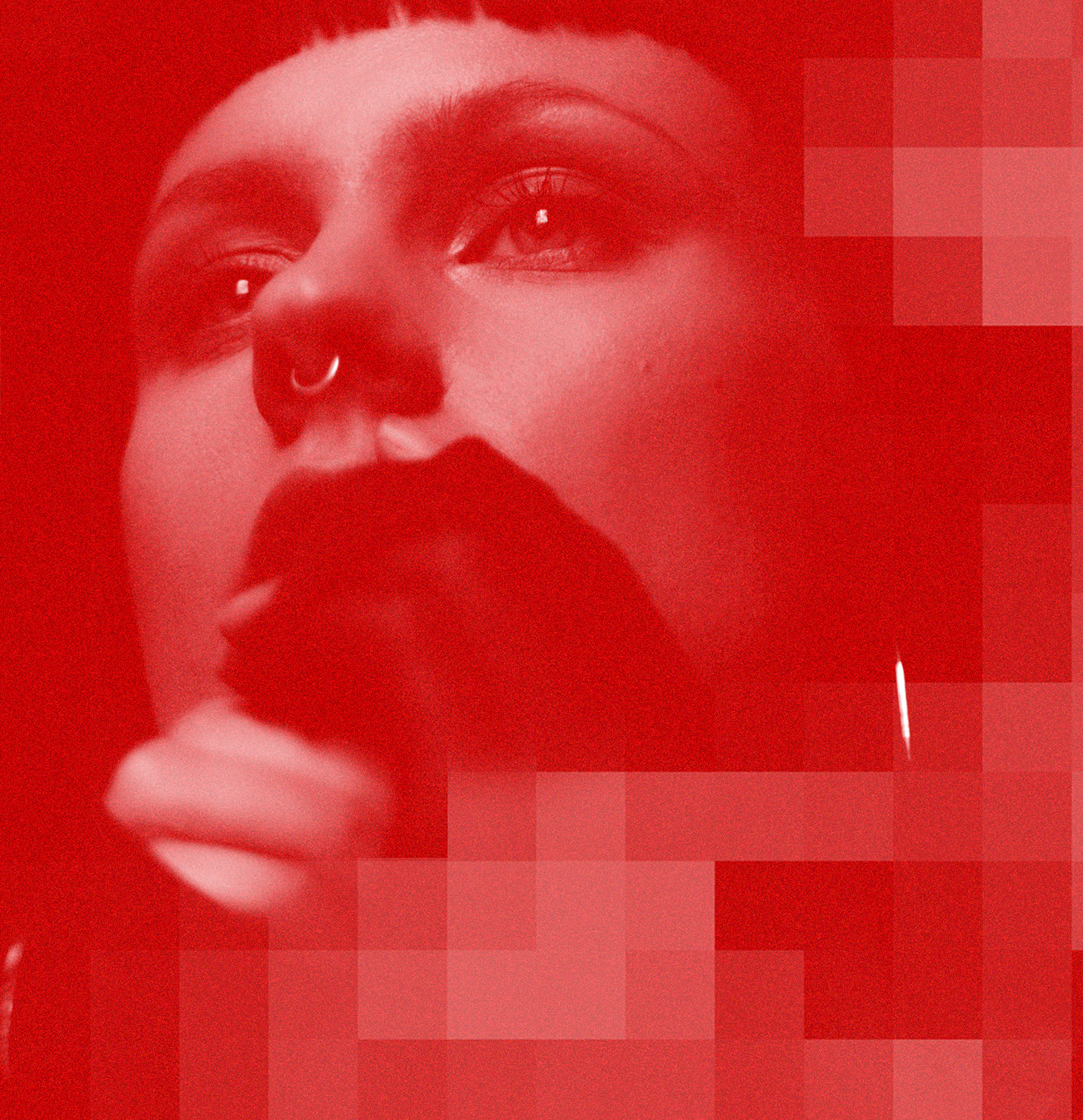 Even though 2019 has already been huge for her, there’s plenty more on the horizon for SPFDJ, including the launch of her Intrepid Skin label night at Säule in December, along with her first Australian and South American tour. She also has a string of back-to-back sets locked with the likes of VTSS, Héctor Oaks as SPFOAKS and Blawan.

As her star rises, SPFDJ is determined to retain her sense of humour in the midst of it all. In a modern techno landscape that can all too often feel austere and rigid, SPFDJ’s lightheartedness balances perfectly with the harrowing heaviness that defines her sound. It all comes together to solidify her status as one of techno's most crucial talents.

“I feel like a lot of techno nowadays takes itself too seriously,” SPFDJ concludes. “Some people have fallen into a trap of elitism; thinking and feeling like you are better than others and being very judgmental towards others. I think humour and lightheartedness connects us and makes for a more welcoming atmosphere for everyone. Laughing together creates bonds, I’m all about that not just in the music industry but also in life in general.”

Check out SPFDJ's On Cue mix below.

Want more? Check out our recent On Cue features with Joe and Lakker

Mira Karadjova is a freelance journalist. You can find her on Twitter @noirmira