WE WAVE A TEARFUL FAREWELL TO CROATIA'S FINAL GARDEN FESTIVAL

Seven days of festival can seem like a lot to even the most hardened clubber. Even Craig David took Sunday's off. But that's exactly what The Garden, Croatia, have been providing festival goers for the past decade. Seven days of non-stop club, beach and boat party action featuring the world’s most splendid house and disco talent.

Set within the serenity of Tisno, a fishing village roughly an hour's drive from Split, 2015 would mark the 10th and final year for the festival. Having visited two years ago this DJ Mag reporter knew that it would be criminal to miss The Garden's swan song so bag packed DJ Mag embarked for a week of hedonism in paradise.

DJ Mag touches down in Tisno, and after fuelling up on pizza and wine (two things Tisno has nailed) we head to the festival site to get a feel for the week to come. It's comforting to find that things haven't changed since our last visit with the action centralising around three focal point; the Beach stage, Main stage and Olive Grove stage. All vary in size but all remain intimate; the sound tuned perfectly to each — putting UK counterparts to shame and proving that festival sound doesn’t have to be shit.

With the main action kicking off on day two, DJ Mag makes a tactical decision to get an early one. The Garden is a marathon, not a sprint, and past experience here has taught us that it's never a strong look to be burnt up and burnt out come day three.

DJ Mag receives no prizes for bowing out early. In fact, we're rocking a pretty unjustified hangover so it's down to the festival site to indulge in slushy cocktails and a perfectly tailored house and disco soundtrack.

Cobwebs well and truly dusted and the sun setting on Tisno DJ Mag hits the main stage to catch Outboxx offer up a solid live set, swiftly followed by PBR Streetgang who chug their way through a selection of meaty house jams, setting the scene nicely for the first Barbarellas visit of the week!

For those not in the know, Barbarellas is The Garden's famed nightclub. A ten-minute shuttle bus from the festival, Barbarellas (or “Barbs” to the regulars) kicks off at 2am and rolls through to around 8am.

Completely outdoors and often compared to the original Amnesia set up, Barbarellas is a truly incredible place to party; providing a sense of freedom that's rare to find in today’s strictly licensed clubbing landscape. It is without a doubt one of the best clubs in the world and DJ Mag cannot wait to get amongst it! 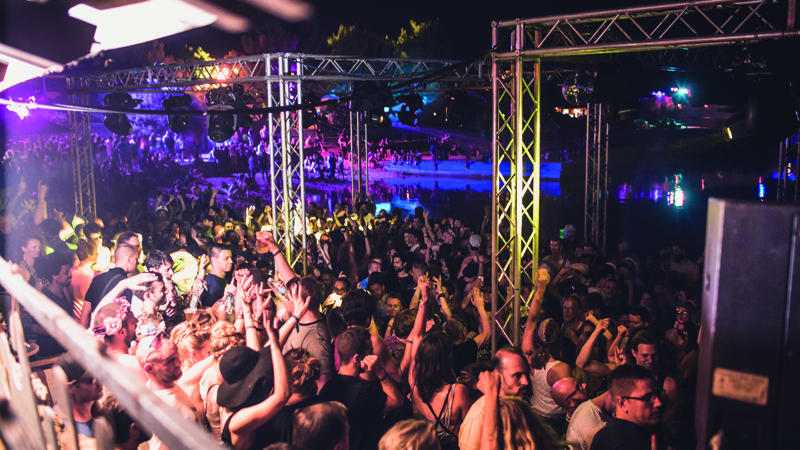 Kicking things off tonight are Joy Orbison, Midland and Ben UFO going back to back all night. As you'd expect the three provide a genre-spanning six hour journey (whoever said you couldn't mix disco into twitchy nose bleed techno was wrong) and when DJ Mag leaves for bed at 8am things seem to be getting even more bombastic.

Day three; and one of festival highlights is fast approaching. The Futureboogie boat party will be setting sail this evening and with the Futureboogie team having played a key role in the festivals bookings for the past six years, their own boat party has become an essential fixture in any regular Gardeners calendar.

Family is an important part of the Futureboogie mantra and so forming the lineup this evening will be Futureboogie head honchos Dave Harvey, Steve Nickolls, and label stalwart Christophe.

We set sail on the Argonaugty (The Gardens much loved party vessel) and it's instantly clear why this boat sold out so quickly, with 'taps 'aff/cuddles down front' from the get go. Particular highlights come in the form of the Todd Terje remix of Joakims 'Nothing Gold' and Boot & Tax's juiced up disco banger 'Niente per Niente'.

Things get emotional during Caribou's 'Can't Do Without You' and as the DJs group-hug behind the decks it feels like this could be the FA Cup Final of boat parties. As we disembark we decide to end on a high and get some rest for day four.

Tisno has a lot to offer, so day four is spent sunning, eating and drinking. The Garden is a festival but it is also very much a holiday. DJ Mag head to site post sunset to catch punk-as-fuck acid duo Paranoid London smash their way through a live set which includes certified banger 'Eating Glue' and the hard but haunting 'Paris Dub 1'. Later, also on the main stage, we lay witness to a particularly strong Eats Everything set featuring his own edits of Fleetwood Mac's 'Dreams', Fatima Yamaha's 'What's a Girl To Do' and Green Velvets 'Flash'.

Fast forward 15 hours through a haze of disco, cherry cider and a two-minute period in which ten people managed to fit on a two person lilo (RIP lilo; you lived fast and died young) and DJ Mag finds itself finally getting home.

Somehow it's already day five, and DJ Mag wakes up refreshed and ready to head to the Just Jack boat party. Having hosted next level house nights in Bristol for as long as this DJ Mag reporters been going to nightclubs the Just Jack crew consistently flex serious booking muscle. 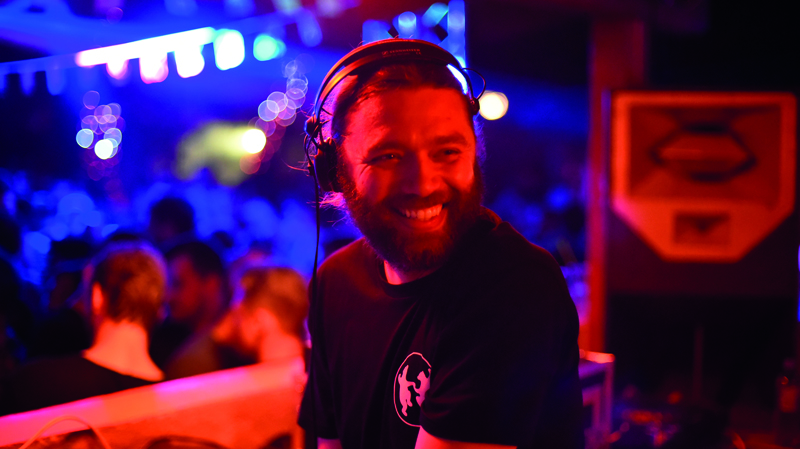 This evenings feast would be provided by Tristan da Cunha and Brawther; aka Dungeon Meat and JJ resident Tom Rio. The Dungeon Meat boys are go in hard, with Cajmere's Underground Goodie mix of 'Brighter Days' encapsulating the sets energy.

Tom Rio soon takes the reigns and as we pull into the festival site to the soundtrack of N-Joi's 90's anthem, erm, 'Anthem', the entire boat chant 'Rio, Rio, Rio'; providing another emotional end and a testament to Just Jack and it's resident Tom Rio's impact on the UK house scene.

Day six, and DJ Mag hit Barb's for Futureboogie round two. Keeping it close to home once again tonight’s shenanigans will be led by label favourites Crazy P and Felix Dickinson as well as Christophe and the rest of the Futureboogie family. Highlights include Bicep’s latest Aus release ‘Just’ and Lukebox’s sub bass monster ‘Barrito’.

Our time in Tisno is nearly over, but not before one of the most special events The Garden has to offer. DJ Harvey, Barbarellas, all-night-long. Harvey has been at the top of DJ Mag’s must-see list all summer so this was a fitting finale to an incredible week. It seems like the entire festival are out in force, and after polishing off our last slushy cocktails off the week, we head to Barbarellas for one final time.

Harvey doesn’t disappoint, with a set that’s constantly flirting between the borders of disco, house and techno; you’d never have guessed that the many who had showed up tonight had been tearing shit up for seven days already.

Six hours in, as the dancefloor powers through to those closing moments Harvey barely looks like he’s breaking a sweat; dropping Bee Gees ‘How Deep is Your Love’ and sending the loved up masses into a euphoric sing along. It seems the perfect time to bow out, so DJ Mag takes leave with the sounds of DJ Harvey still ringing in our ears, as we catch the shuttle bus back to Tisno.

So what next for The Garden? Nick & Eddie, who started The Garden Festival a decade ago felt that it was vital to keep things fresh and the vibe feeling as good as it had been over the past ten years. Speaking to DJ Mag, Nick Coglan explains, “we needed to pass the baton on to a younger and certainly fitter team, that have their finger on the pulse”.

Subsequently Nick and Eddie decided last year to hand over to Dave Harvey and Tom Paine; the crew behind Futureboogie and Team Love. Having spent six years booking talent for The Garden they have played an essential part in shaping the festivals unique family vibe, and were the obvious choice to move things forward.

Whilst 2015 marked the last year for The Garden, it most certainly does not mark the end. 2016’s event will evolve into the much anticipated Love International. Speaking to Dave Harvey about moving forward, he was keen to express that Love International would be picking up where Garden left off, “very much the same vibe musically and including a lot of the same artists who are part of that family”.

He explains that regular Gardeners and those that missed out needn’t fear as Love International will provide “a logical progression from Garden, including many of the same faces/names and the same team involved behind the scenes”.

With that in mind, DJ Mag can sleep safe and sound. It may be the end of The Garden but what’s to come will be an essential in next year's party calendar. Until next year Tisno…