Redlight in the Hot Seat | DJMagAdmin.com Skip to main content

Redlight in the Hot Seat

For those who lived through the so-called ‘post-dubstep’ years, it was an exciting time merging various forms of bass-driven music in innovative and exciting ways. Emerging from this period in 2009, Redlight, aka Hugh Pescod, has outlived the label — and indeed any others — but never abandoned the restless, constantly morphing attitude that inspired it.

From underground hits like the fierce Roses Gabor-fronted ‘Stupid’ on Digital Soundboy to major label success with ‘Lost In Your Love’ back to his jungle/d&b roots, where he started under the name Clipz, the Bristol-born, London-based producer and DJ, who also runs his own Lobster Boy label, has remained in constant motion.

Playing the DJ Mag Sessions night at Starworks, Wolverhampton, on 28th May, alongside Sonny Fodera, Shadow Child and Tough Love, this summer you can also catch him at Hideout, Glastonbury, SW4 and more. We tracked him down to the top of an Austrian mountain for a catch-up...

You’re up a mountain. What’s going on?

“I’m at Snowbombing. I don’t really ski or snowboard, it’s not really my vibe, but I like coming up in the cable car. I’m playing in the Igloo with Gorgon City, which should be a bit of a laugh. I came with Heartless Crew and Toddla last night. It’s definitely a good one.”

On a festival tip, you met one of Orbital at the Stone Circle at Glastonbury when you were 14. That sounds like quite a story for when you got back to school... Which one was it?

“I don’t know their names! It was the bald one... [laughs] It was a while ago. That’s what Glastonbury was like back then. I didn’t even know it was him but one of my school friends, who was obsessed with them at the time, was sat next to me on acid. The next thing you know, one of Orbital sat next to us too around the fire and my friend’s face was melting.

“I was 12 or 13 when I started going. Growing up in Bristol, there’s Glastonbury Festival just on your doorstep. There was another free festival, Ashton Court Festival, and St Paul’s Carnival. Between those three things, and the rave scene which was huge there in the ‘90s as well, it was a massive influence on me — especially Glastonbury. You used to get in for free, then when we stopped getting in for free we jumped the fence or got a ticket. However you’d get in, you’d get in.

“You’d see all kinds of bands from the Beastie Boys to Massive Attack to Bjork to Goldie — when he first did his live thing in ‘94 doing the ‘Timeless’ album — to Portishead to Bobby Womack to James Brown, Amy Winehouse... so many people who were absolute legends and aren’t even alive anymore, and you got that for free on your doorstep. Glastonbury is an institution. England without Glastonbury would be a miserable place, that’s what I’ve realised. It’s got another 17 years, which is incredible. They’re doing something really special for this country, which the government and nobody else does. They give people three or four days of utopia. You walk through those gates and there’s an alternative lifestyle. The chance to listen to music, have fun with people and forget everyday woes.” 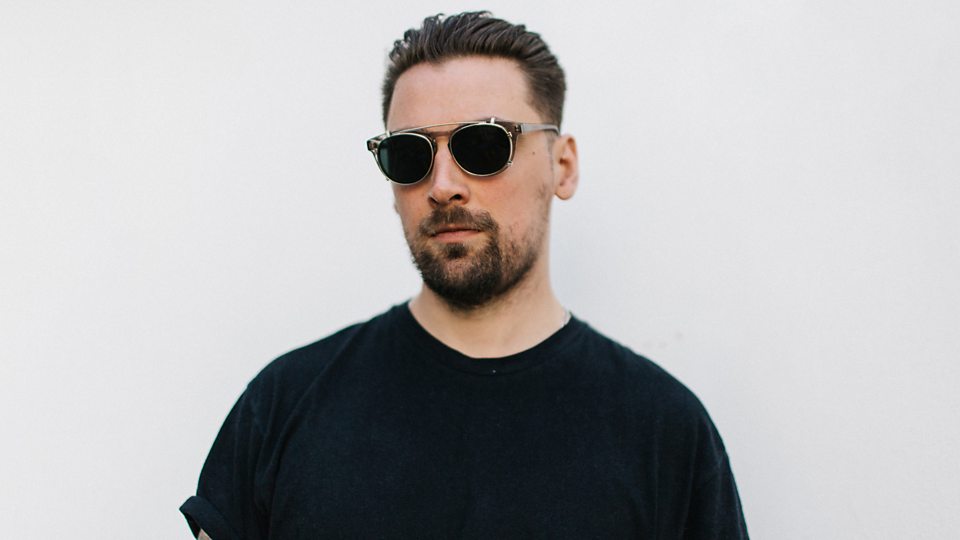 Are you playing there this year?

“Yes, I do a party called Ice Cream Jungle. It’s a concept party, I have loads of inflatable ice creams. The vibe I’m going for at the moment is very sub-line, heavy bass music. I wanted to do something about me and what I’m about, rather than being shoehorned onto other line-ups. I’m into a really broad spectrum of club music, and sometimes people don’t understand that if you’re on different line-ups. A line-up might be really house, or really techno, or really bass. Do I really fit into any of those categories? Maybe not! So let’s do my own party. We’re doing one at Glastonbury, a boat party at Wow on the Sunday, which has got a whole heap of special guests. It’ll be a lot of fun, basically.”

You mentioned the ‘90s rave scene. Why didn’t Polydor originally want to release ‘9TS (90s Baby)’? They’ve clearly not been into a club recently...

“Majors are a money-making machine aren’t they, they’ve got to pay their bills. They’re not there to release cool underground music. At the end of the day that tune was unconventional when it first hit, so they were like, ‘What the fuck is this? We want a chart hit’. I said, it’s a decent tune, it does what it’s supposed to do. They didn’t really have the balls to see that. I told them it was going to blow up whether they released it or not. Next thing you know, it’s blowing up. Then they wanted to put it out. That was the end of our relationship really. But it’s cool. At the end of the day, you don’t sign to majors unless you know what they are. It’s a different mind-frame from working as an independent label. Sometimes you’ve got to take a bit of cash and deal with the consequences. I don’t mind, it’s all good!”

What’s next for your label Lobster Boy? Is it still giving it all of that?

“I started it in 2009 when I started Redlight, because nobody wanted to release the music. We’re 38 releases in now. I’ve done my album on it, a mixtape, we’re just about to do a couple more from some other artists — New York Transit Authority and Mak & Pasteman. I’m about to release a tune with Champion, I just did a tune with Woz, I’ve got an ‘Ice Cream Jungle’ EP coming. I love it. What I’ve released [shows me as] an individual, I don’t follow a formula of this or that. It’s really important to have a home to put the music out that I believe in and can play in my sets. It’s worked for me.”

Redlight plays in Wolverhampton alongside Shadow Child, Tough Love and more on 28th May, you can still grab tickets here.