Semibreve is the experimental electronic festival where every sound counts | DJMag.com Skip to main content

Semibreve is the experimental electronic festival where every sound counts

There are over 30 churches in Braga, a small historic city in northwest Portugal. Walking through its cobbled streets, their ringing bells are often heard from all angles, as if they’re talking, or singing, to one another. It makes for an appropriate backdrop for Semibreve, a festival that, in its ninth year, continues to set itself apart with adventurous programming, and a focus on rich, enveloping sounds.

From the stunning, gilded hall of the city’s Theatro Circo to the GNRation arts and culture centre, the balance of spellbinding seated concerts and club sets is perfectly considered throughout the weekend, allowing the wires between dance music and the more avant-garde strands of its history to feel recharged. In placing progenitors of electronic music next to its contemporary innovators, Semibreve also provides a panoramic view of experimental evolution, as well as a space for communal, cross-generational learning. The resulting atmosphere is one of curiosity and ease, with performers and visitors drifting merrily from set-to-set over three days of transportive sound.

On Friday, proceedings launch with a captivating performance from the legendary Morton Subotnick, whose expert manipulations of modular and analogue technology come with over 60 years experience. Sounds, like uncanny imitations of nature, sizzle and dart throughout the room with haywire intensity, orbiting one another as he whispers and breathes shakily into a microphone to delightfully unnerving effect. Accompanied by visuals, courtesy of longtime collaborator, Berlin-based video artist Lillevan, it sets the tone for a weekend that pairs sight and sound tastefully. 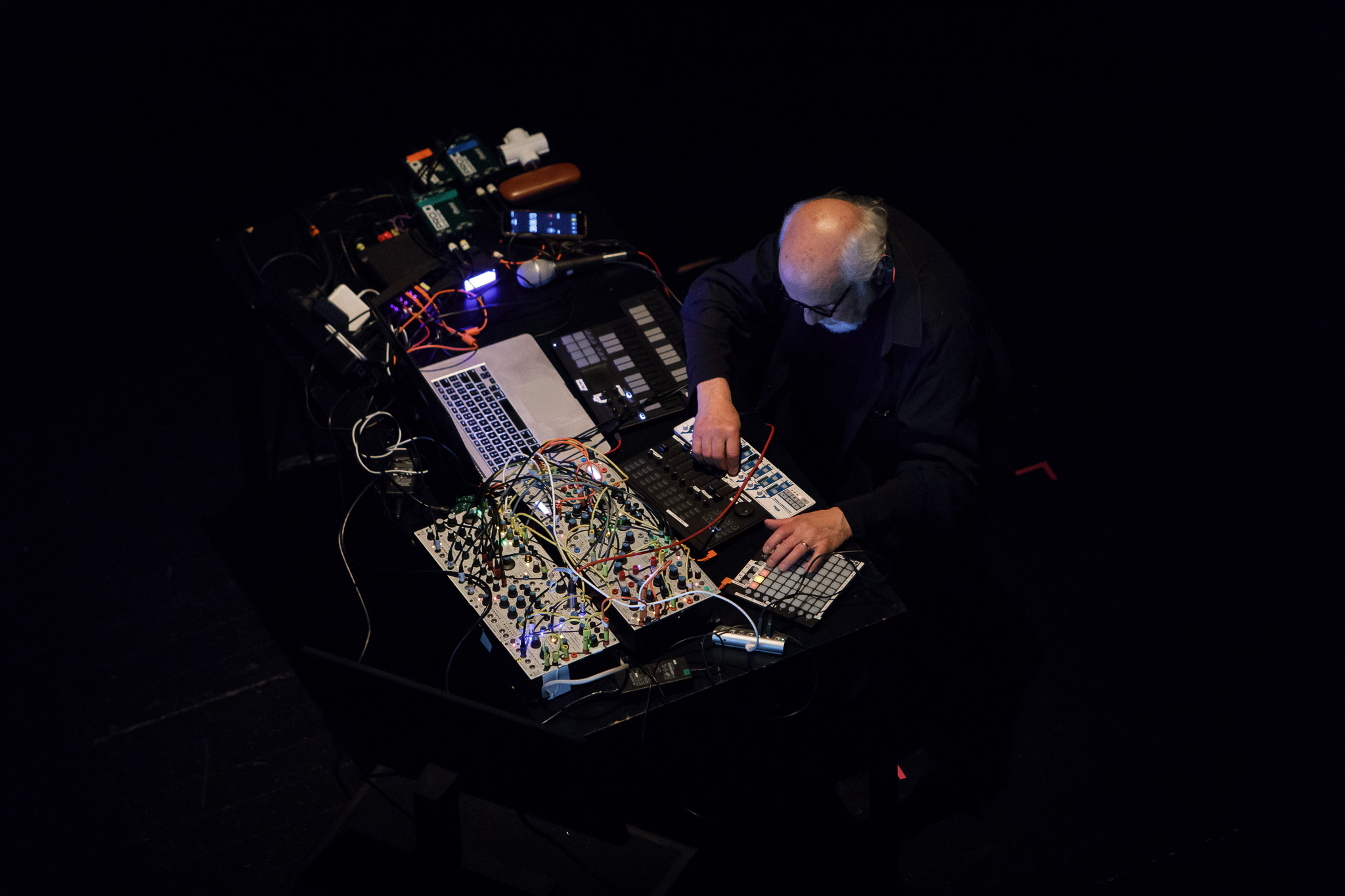 Alesandro Cortini plays next in the Theatro, coursing through his stunning 2019 LP ‘VOLUME MASSIMO’. With an accompanying visual piece for each track, boasting the same mesmerising colour and lucidity of Emilie Elizabeth’s album art, it’s one of Semibreve’s most ensnaring and hypnotic performances.  Later, in GNRation, a former police headquarters repurposed into a performance and gallery space, Factory Floor’s Nik Void kicks things up a notch with a blast of live modular techno, after which Avalon Emerson closes out day one with a typically radiant set of technicolour, trance-embellished techno and glimmering breaks.

On Saturday, following an enchanting performance by ambient duo Deaf Centre in Braga’s acoustically blessed Capela Imaculada do Menor, and an absorbingly minimal improvised set from Oren Ambarchi and Robert Aiki Aubrey Lowe, former Coil member Drew McDowall and artist Florence To take the stage in Theatro Circo. Performing Coil’s 1998 drone masterpiece, ‘Time Machines’, the pairing of McDowall’s intense sonic swells with To’s psychedelic, lazer-like visuals makes for a truly engulfing experience, and one of several sets this weekend that highlight how powerful a piece so structurally sparse can be.

Conversely, back at GNRation on Saturday night, Planet Mu affiliate Rian Treanor goes full throttle in one of the festival’s best sets. Rapid, dizzying beats dance around one another from all corners of the hall – like the city’s church bells, with a lot of added adrenaline. Tracks from his 2019 album LP ‘ATAXIA’, such as 'B2’ FKA ‘Good News’, feel ramped up and irresistible, along with one particularly deranged cut that samples Yello’s ‘Oh Yeah’. Organic drums and febrile electronics race up the BPM counter, ending within safe slapping distance of 200.  This is followed by a classically masterful set from Hyperdub’s Kode9, who gives an eager dancefloor a whirlwind tour of footwork, jungle, dubstep and grime, decorated with a 160 mutation of Mr. Fingers ‘Can You Feel It’ and Martyn’s DCM remix of a Hessle Audio classic, TRG’s ‘Broken Heart’. 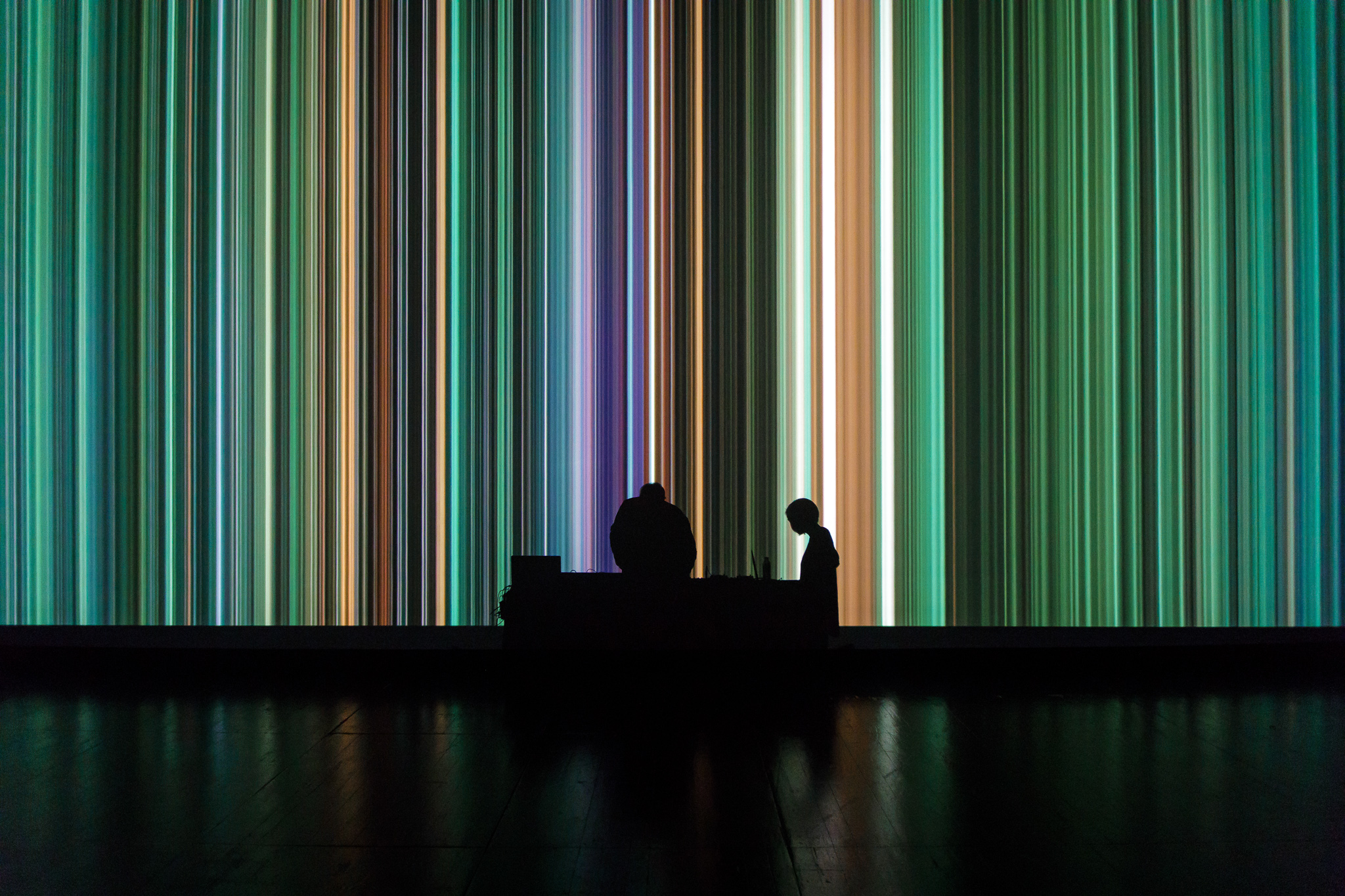 After the previous night’s mania, it’s a suitable tonic to hear Félicia Atkinson play on Sunday afternoon in the Salão Medieval da Reitoria, a restored Medieval hall. Discreet, natural sounds drift through the hall with ASMR-like clarity, with vivid piano trills and her own voice proving nothing less than trance-inducing.

Following a mostly improvised modular set from Robin Rimbaud as Scanner, Semibreve concludes with a masterclass in electronic sound from one of its most vital pioneers, Suzanne Ciani. Having told the remarkable story of her life as a composer and Buchla innovator on Saturday in Braga’s library garden, to see her perform what is ostensibly the main performance of the weekend to a full, utterly captivated theatre is a thrill. Long uncelebrated for her trailblazing work in synthesis throughout the 20th century, the renewed interest in Ciani’s work in the contemporary landscape is heartening. Watching her hands via the live feed projected behind her, as they manipulate the countless dials, cables, modules and switches, is hypnotic and awe-inspiring. The sounds range from shimmering ambience and windy plumes of noise into pulsing, rhythmic territory, and even the minute sounds of switches flicking on her Buchla add to the precise, lucid listening experience.

Ciani’s set makes for a perfect conclusion to a festival that makes every sound count, where expert composition meets adventurous experimentalism on a scale that is considered and cohesive enough to give visitors an inspiring experience that, unlike so many festivals, never  feels overwhelming. It’s rare you’ll find a festival so committed to experimentation, and which champions artists both longstanding and new. With a proudly curatorial ethos, Semibreve continues to be one of Europe’s most unique, charming and immersive festivals.