At warp speed: how Hï Ibiza’s founder has helped transform the White Isle

At warp speed: how Hï Ibiza’s founder has helped transform the White Isle

With a new era of open-air daytime parties and adventurous bookings, Ushuaïa and Hï Ibiza founder Yann Pissenem has helped transform Ibiza with a constant focus on providing the best club experience, and one eye on the future. Below he tells DJ Mag about what drives him

Like many successful entrepreneurs, much of Yann Pissenem’s success lies in his ability to see opportunities, and capitalise on them. The Ushuaïa founder got his start in the music industry when he moved to Barcelona around 1994. The city was experiencing a post-Olympic boom, with a “really exciting after-party scene and lots of amazing new venues,” Pissenem says. “The capital of Catalonia was really wild at that moment, and I saw an amazing business opportunity linked to something I always wanted to do, which was entertainment, and my main passion, music.” Having studied law in France and tourism in Spain, Pissenem’s education also lent itself to his future career as a music business mogul. But his passions for music were born in his youth, as he drove to Belgium and Germany from his native area in the northeast of France to “rave in forests or old castles every two weeks — that was the origin of electronic music for me,” he says. “I was really into hard techno. I listened to a lot of other music too, from alternative music to rap, grunge and pop, with everyone from Depeche Mode to U2 and Nirvana, but electronic music has always been in my life. That is my roots.”

Those roots are most prominently on display seven days a week, all summer long in Ibiza’s Playa d’en Bossa, where in 2008 Pissenem founded Ushuaïa Ibiza Beach Club. Originally, the venue was a cosy bar on the beach, which is now the restaurant Sir Rocco. He named the venue after the capital of Tierra del Fuego in Argentina, which is commonly regarded as the southernmost city in the world. A decade ago, the area where his giants now stand was far more desolate and isolated. “I called it Ushuaïa as it was located in a place that was like the end of the world,” he says. Like his time in early ’90s Barcelona, Pissenem saw an opportunity in Ibiza, and immediately set to work to fill a gap. “When I arrived in Ibiza for the second time in 2008, the island had already changed a lot, and was more orientated towards the nightlife scene. There were no more after-parties or open-air clubs, nobody dancing under the sun or the moon like before. I saw an opportunity to create a new daytime experience which would also enable me to bridge the gap between two generations of clubbers.” Dancing outside in Ibiza is an experience like no other, one that younger crowds especially want to enjoy. Pissenem saw this, while also realising that many older, VIP clientele wanted the chance to be able to go out clubbing with what he calls “a different kind of experience and service”, and without having to stay up until the wee hours of the morning to see the headline DJ. 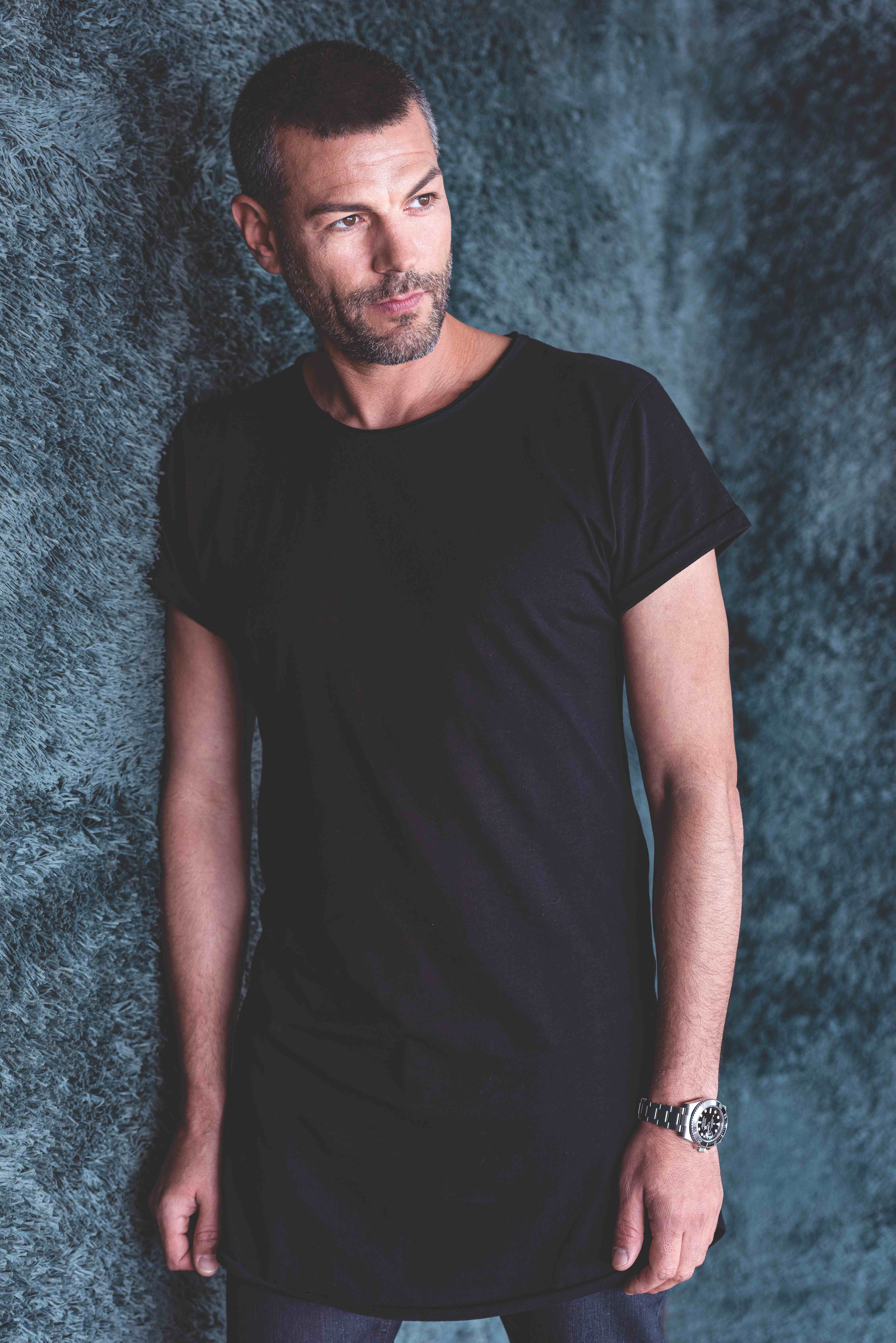 While Pissenem is best known as the face of Ushuaïa Ibiza and Hï Ibiza, he’s also the founder of The Night League, a creative agency he launched in 2001 that acts as the brains behind many brands and venues, including his two world-famous Ibiza destinations, and the party ANTS. “Our aim is to create the best experience possible for our customers, starting with conceptualising events, building brands, selling tickets and operating the events and venues,” he says. “Meanwhile, in the middle of all of this, we are working on the marketing, the bookings, the design, and every kind of detail you can imagine that it takes to make these events happen. We also collaborate with some of the world’s most influential artists, festivals and events to create bespoke concepts and bring their ideas to life.”It’s this kind of obsessive eye for detail that accounts for much of the rest of Pissenem’s success. The final part is plenty of hard work. “People think when we close the club in October, we all take six months off and go to sit on a beach — I can tell you now that is not the case!” he says. “We work all the time to try to give the best possible product to the public. The client is king at the end of the day — they are the ones who are going to come and pay, and will decide, so we need to please them as best as we can, and this is what we do,” he continues. Which is why he’s already planning the creative look and feel, and the individual brand and event marketing strategies for the 2020 season. “If I’m not on top of all the details, then I get nervous,” he says.

The impact Ushuaïa has had on global clubbing is hard to understate. In the decade since it’s been open, Ushuaïa and its newer sister club, Hï Ibiza, have regularly featured in the top reaches of DJ Mag’s own Top 100 clubs poll. But its effect in Ibiza is even more far ranging. “Opening a daytime, open-air club at that time to cater to many different types of customers was a game-changer for the island,” Pissenem says. “It helped develop the industry of the island further by offering not only the outdoor experience to clubbers, but also by attracting an older, more VIP clientele to the island, plus giving all our clients the chance to enjoy the party together and dance in the sand under the sky.” Some of the biggest moments clubbers have enjoyed together this summer at Ushuaïa include the huge Odyssey opening party, which took over both venues and ran for 24 hours, as well as the return of Swedish House Mafia after their seven-year break. “They have played such a big part in our history, and as they are part of the family, it was really incredible to have them return for this special one-off show,” Pissenem says. The club has also seen massive residencies from Calvin Harris at Ushuaïa Ibiza and David Guetta, who holds his F*** Me I’m Famous! party at Hï Ibiza. He also touts Black Coffee’s hugely successful residency, Tuesday’s BODYWORKS party featuring CamelPhat, Solardo and FISHER, and the free-spirited and disco-centric Glitterbox residency, which continues: “proving exactly why it’s one of the most loved parties on the island”.

Despite his success, Pissenem says he rarely has time to reflect on all that he’s accomplished. “The moments I am happy are the moments when I see the event is full and the party is amazing,” he says. “If I jump on stage at Ushuaïa, even if I’m busy and my mind is elsewhere, it is then that you really realise what is happening, as you see thousands of people in front of you having fun. That’s an incredible feeling. I love the energy of the crowd and to see everyone having a great time.” While he remains intensely focused on continuing to make crowds happy in Ibiza, his work with The Night League may soon see him working beyond the White Isle. “There are many other locations in the world which are interesting to us,” he says. “But at this stage, our future plans are under wraps.”With the season still rocketing along at warp speed, he’s “fully focused on making this summer our best one yet”. We have little doubt he’ll succeed.

For more information head to www.thenightleague.com

News
Watch a new documentary on the power of dance music, titled Where Love Lives, this week

News
Ibiza Government announces clubs will not reopen this summer