Croatia's Best Clubs of 2018, as Voted by You | DJMagAdmin.com Skip to main content

Once the plucky challenger to Ibiza's crown, Croatia is now firmly established as a global clubbing destination to be reckoned with. The incredible diversity and natural beauty of their venues, combined with the climate, readily available Miller Genuine Draft and the arrival of innumerable festivals through the summer season, have made Croatia one of our absolute favourite places to party. We love it so much, that we have even launched a free seasonal magazine, to capture the excitement of this incredible dance floor destination. In our annual Top 100 Clubs poll, powered by Miller Genuine Draft, there were no less than six Croatian clubs in the top 40. And here they are, Croatia's best clubs, as voted by you... 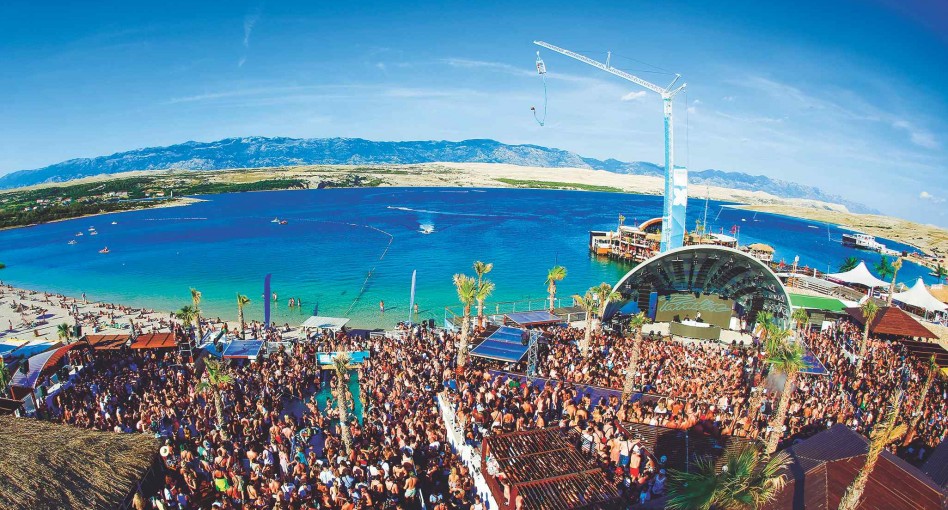 Given its location — right on the seafront — Papaya’s famous swimming pools almost seem redundant. That is until you see them in the throws of the club’s so-called ‘after beach parties’ — infamous late-afternoon gatherings that have well and truly promoted this Croatian mainstay into the global dance music premier league.

First opened in 2002 as a sister venue to the club of the same name in the country’s capital, Zagreb, the Zrce Beach address has grown enormously between then and now. The venue’s shell-like main stage, complete with powerful LED array, provides an instantly recognisable backdrop to the wider scene: thousands of revellers marauding around a site that comes complete with multiple levels and hidden corners, not to mention towering palms, its own shoreline, and, last year at least, jungle-themed decorations. Needless to say, the open-air setting is fundamental to the club’s entire personality, and atmosphere.

When the offering is this good the pull is always going to be huge, and Papaya is no exception to that rule. A 24-7 operation during the summer season, when its Croatian homeland becomes one of Europe’s go-to destinations for those in search of sun, sea, and serious tunes, between May and September the venue provides a base for more than ten festivals, including Hideout, Sonus, Fresh Island, Barrakud and Black Sheep.

All of which means visiting talent comes in the form of huge names from across the electronic spectrum and beyond, with variety one of the defining features in the line-ups. Paul Kalkbrenner, Major Lazer, Sean Paul, Marco Carola, Jamie Jones, Solomun, Don Diablo, Timmy Trumpet, W&W, and Lost Frequencies stopped by last summer, representing the gamut from big room and commercial through to low-slung underground house and techno. 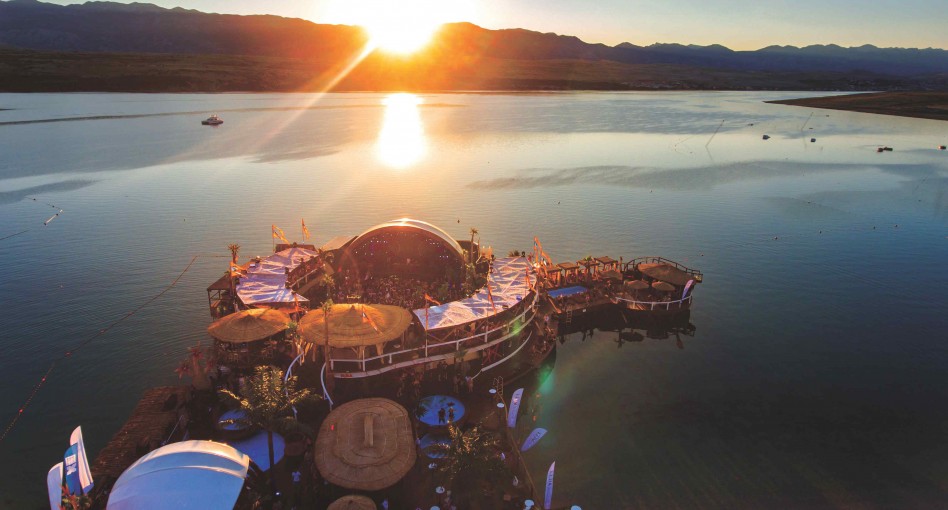 The influx of festivals to Croatia has meant that local clubs have had to keep innovating to win the attention of visiting tourists. As such, Noa Beach Club has once again switched up its interior design in the last 12 months. The whole place is made out of wood, stretching out into the sea like a pier, so the team also have a job maintaining it, and often have to replace any old or weak components. We're told that a whole new stage is being installed ready for this summer.

Big names from the EDM and trance world like Steve Aoki and Robin Schulz, plus more underground techno artists, such as Fritz Kalkbrenner and mysterious house man Claptone, have all played here in the last 12 months. Throughout the summer DJs are booked nearly every day, with key residents Aldo Morro, Robert MKC, DJ Miss Kay Dee, Marco Cole and Clay Clemens all providing able support.

Add in a D&B Audiotechnik system, nature-oriented decor, palm trees, water elements, and a circular club design with views of the Adriatic, and it’s easy to see why this beautiful space is so well loved. 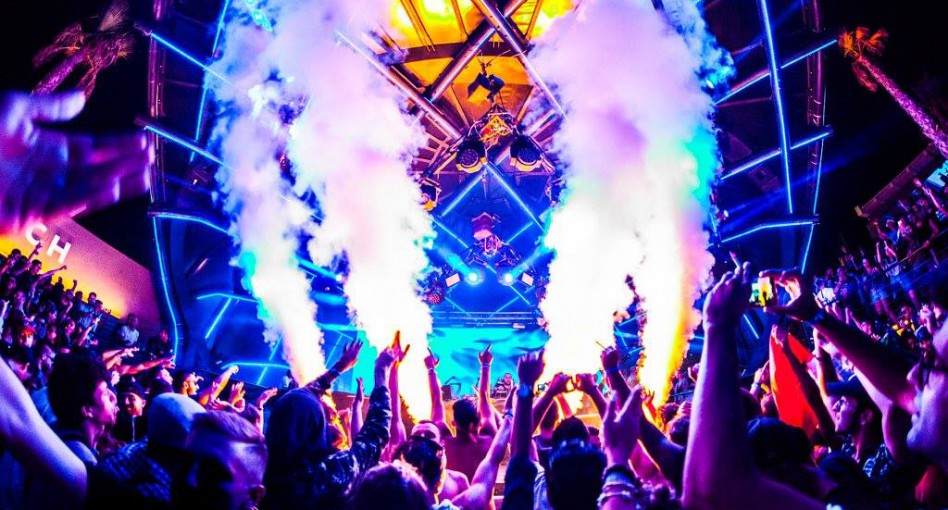 Before Croatia became an essential dance music destination for festival-goers from around the world, Aquarius was laying the foundations for its now-famous summertime scene. Located on the Island of Pag – on the pebbly Zrće Beach for 16 years – this open-air club has entertained holidaymakers and, over time, has become a rite of passage for dance music fans.

“Aquarius Zrće has grown from year to year,” says club manager Dejan Labor. “Today we can proudly say that we are an integral part of the most famous party destination in Croatia.”

For its three-month summer season the venue welcomes several key dance festivals to take over its two dancefloors and pool area. Sonus focuses on techno and has hosted Maceo Plex and Ricardo Villalobos; Hard Island is a hard dance event; Hideout locks down electronic artists of the bassier stripe; and there are a plethora of other festivals there too, including Black Sheep, Area 4 and Sweetland.

In 2017, the venue unveiled its new live stage. This year, in addition to massive EDM artists booked for one-off performances — including Alan Walker and Ummet Ozcan in June — Labor promises plenty more wow factor: “We have prepared a lot of surprises for our guests and a season full of great performances.” 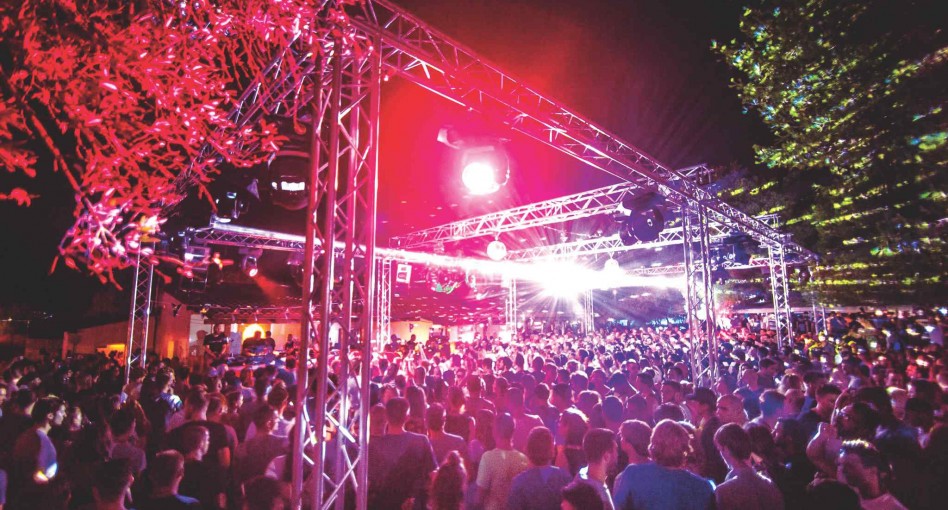 There was a certain amount of serendipity in the founding of Barbarella’s. When Garden Festival founder Nick Colgan had to find a new location for his respected dance music event, he went scouting for sites near Tisno (where The Garden brand now hosts many other dance festivals rather than its own).

Colgan discovered a derelict venue in Pirovac that seemed to tick all the boxes, and then some. He fell in love. “It used to be an old club, which lay dormant for a good few years,” Colgan says. “It was exactly what we wanted — open-air, by the sea, surrounded by pine trees. There’s nothing else quite like it, and it tapped into iconic clubs of the past — especially from Ibiza’s very early days, plus with a great Funktion One soundsystem we installed and an intimate dancefloor for everyone.” Spruced up — but not excessively — Barbarella’s now holds parties for some of Croatia’s best festivals.

In 2018, shindigs are promised from Love International, Soundwave, Dekmantel, Suncébeat, Hospitality On The Beach and Defected. And when you consider that talent of the magnitude of DJ Harvey, Ben UFO, Kerri Chandler, Kenny Dope, The Black Madonna, Craig Richards, Midland, Horse Meat Disco, Josey Rebelle, Medlar and Alexander Nut have played there, it should be on the bucket list of any self respecting dance fan. 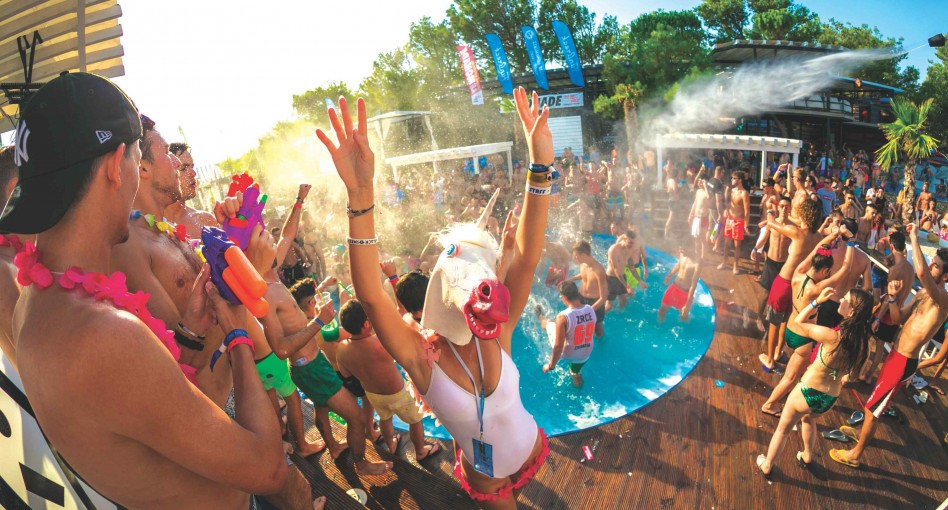 Those looking for the early roots that helped Croatia’s now-globally renowned electronic music scene grow could do worse than check Kalypso Beach Club. Situated on the stunning Adriatic coastline at Zrće Beach, arguably the most hedonistic spot in the Balkans, the venue first opened its doors in 1987, making it the godfather of the region’s nightlife. Skip forward to today, and elements that first made the place so special remain intact — that stunning location, the infectious vibe — but plenty has changed.

Now operating a mammoth 12 bars across two floors, separate day and night stages mean clubbers won’t get bored when knee-deep in one of the club’s musical marathons, for example during Sonus, Barrakud, or Hideout festivals, with celebrated VIP areas ensuring it is possible to take some time out of the mayhem.

2017 saw the likes of The Martinez Brothers, Seth Troxler, Monika Kruse, Richie Hawtin, Adam Beyer, Ben Klock and Ellen Allien grace the booth, with overground faces coming in the form of Marshmello and R3hab. Indicative of the diverse acts that have played, and range of crowds you might find partying here, it’s place on our list is unarguably deserving. Institution barely comes close. 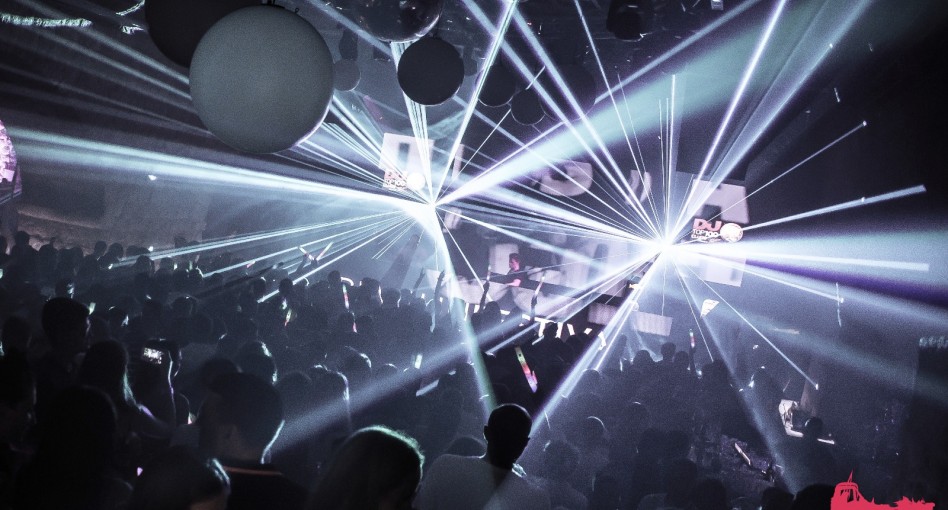 It's been a record-breaking year for Dubrovnik's Culture Club Revelin, the venue which is, rather uniquely, housed inside a 500-year-old fortress (they've still managed to get a state-of-the-art Martin Audio system in there, mind you, inside the club's three-metre thick walls).

“We broke the all-time record number of people coming to the club in a single season,” says promoter Filip Sulic with pride. “The predictions for the summer season 2018 are even higher.” A few hot ticket events over the past year have doubtless helped. Afrojack turned up with rapper Eve and Jillionaire in tow. “They made a huge show and hands down it was a spectacular night,” adds Sulic. “Our evening with Claptone was something special too, man behind the mask always provides more than we expect.”

Trance overlord Paul van Dyk has rocked the place too, as has Toolroom Records boss Mark Knight and Dutch don R3HAB. Looking into 2018, Revelin will play host to to Black Coffee and tech house duo Solardo, who will take on the club's underground mid-week party DANCElectric. If it's lasted 500 years thus far, 2018 should be a breeze.

Enjoy the best dance music news and features from around the world by following Miller Genuine Draft on Facebook.