The Amsterdam Dance Event (ADE) has revealed the first wave of artists on the 2017 schedule. Jeff Mills, Danny Tenaglia, Joris Voorn, Nicole Moudaber, and Ben Klock are among 2500 artists set to perform during the festival’s 22nd edition.

The world’s largest club festival and key business conference for professionals within the electronic music industry, ADE’s hub has shifted to the DeLaMar Theatre while Felix Meritis (its home for the prior 16 years) undergoes renovations.

ADE LIVE, featuring sets by Fatima Yamaha, Hercules & Love Affair, Anna of the North, Phlake,  and Vessels, will be concentrated at Paradiso, Sugarfactory and Melkweg. In all, 140 venues across Amsterdam will host performances from 18th to 22nd October.

Check out the lengthy bill below. Stay up-to-date here. 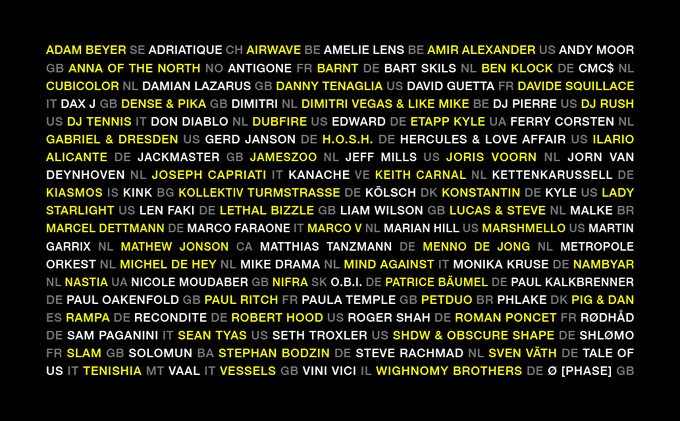