RESISTANCE will return to Ibiza for the 2020 season, with Carl Cox slated to perform four shows on the island.

Main room resident Adam Beyer will also return to the club, performing at the RESISTANCE opening and closing parties, and three other dates across the season.

Coxy will embark on his Carl Cox: Invites tour this month, visiting 12 cities in 30 days. 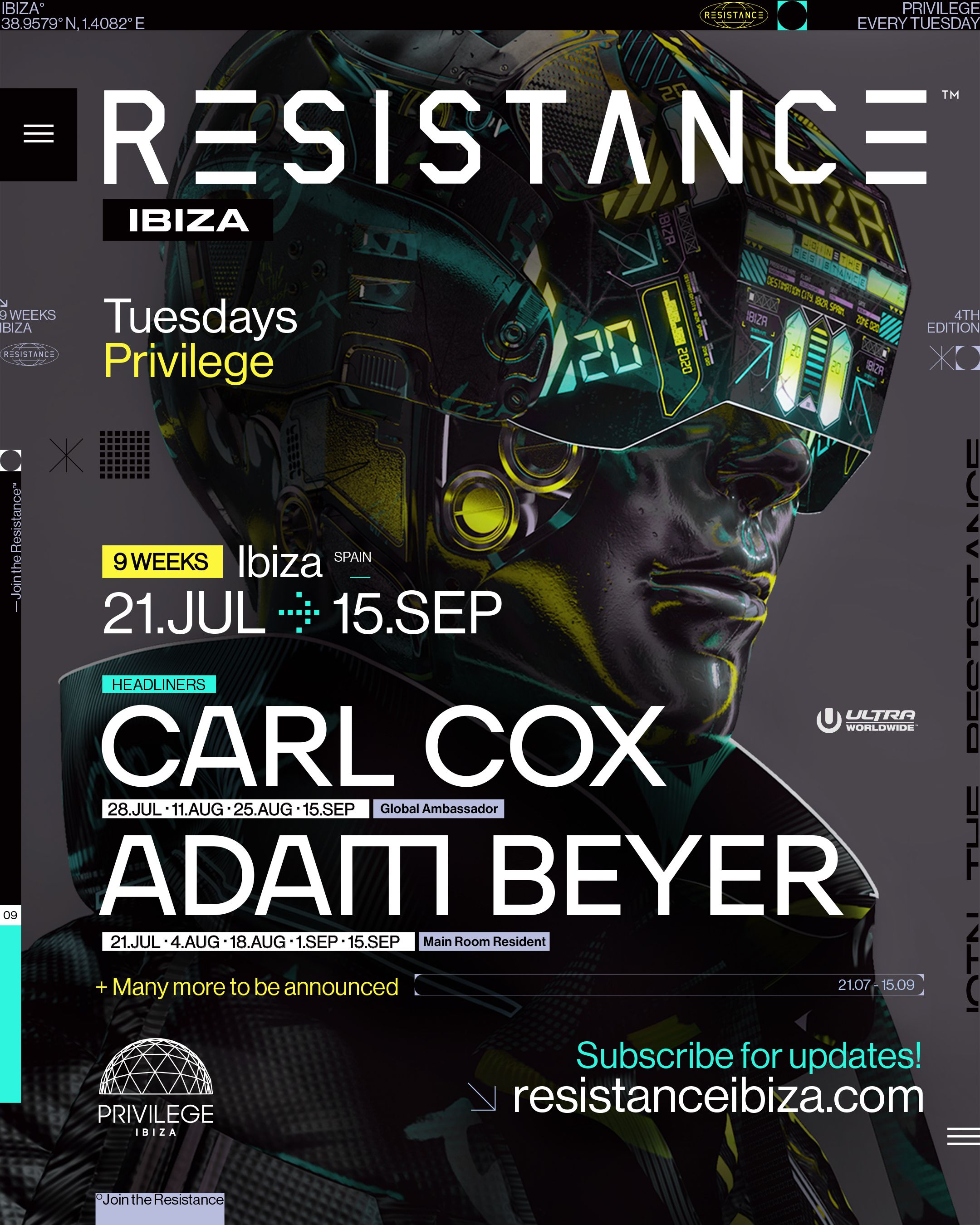