Game Over has locked the full line-ups for Carl Cox's One Night Stand Ibiza parties at DC10 this summer | DJMagAdmin.com Skip to main content

Game Over have revealed the full line-ups for Carl Cox's One Night Stand Ibiza parties, which will be held at DC10 this summer.

Three dates are confirmed at the venue, each packing a huge list of names from the techno and house worlds. 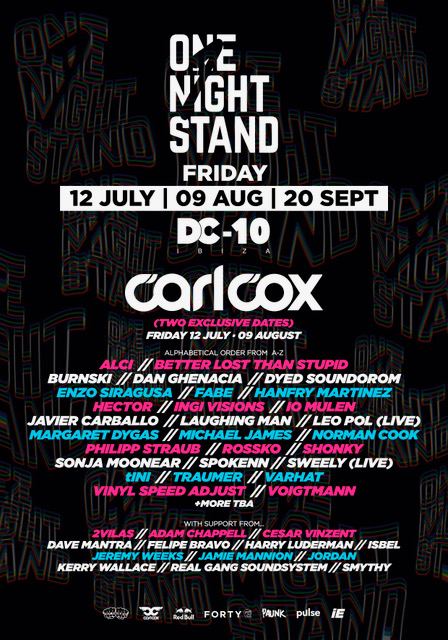