NINE NEW ARTISTS YOU NEED TO CHECK OUT THIS MONTH | DJMagAdmin.com Skip to main content

NINE NEW ARTISTS YOU NEED TO CHECK OUT THIS MONTH

Morgan is the Australia-born, Barcelona-based selector that first came on to DJ Mag’s radar with her ‘The Queens EP’ on Sunday Money Music in April. She’s since seen releases through Desolat, No.19 Music and Budare, whilst also continuing a collaborative partnership with Argentinian producer Guti.

The Australian featured on the title track of his ‘Swings EP’ in November, with the fierce piece of four/four-driven tech the best offering from the duo yet.

As a DJ, she spins a brand of low-slung sounds that have been bubbling in the city she’s adopted as home recently, which move between groovy and jackin’ house and minimal, all
laced with bags of swing.

After a summer that’s seen her play shows across Europe, Morgan has returned to Australia for a string of homecoming shows before the end of the year.

If she continues to turn out productions on the level she has through 2016 though, a return to the continent’s biggest stages next summer looks guaranteed. 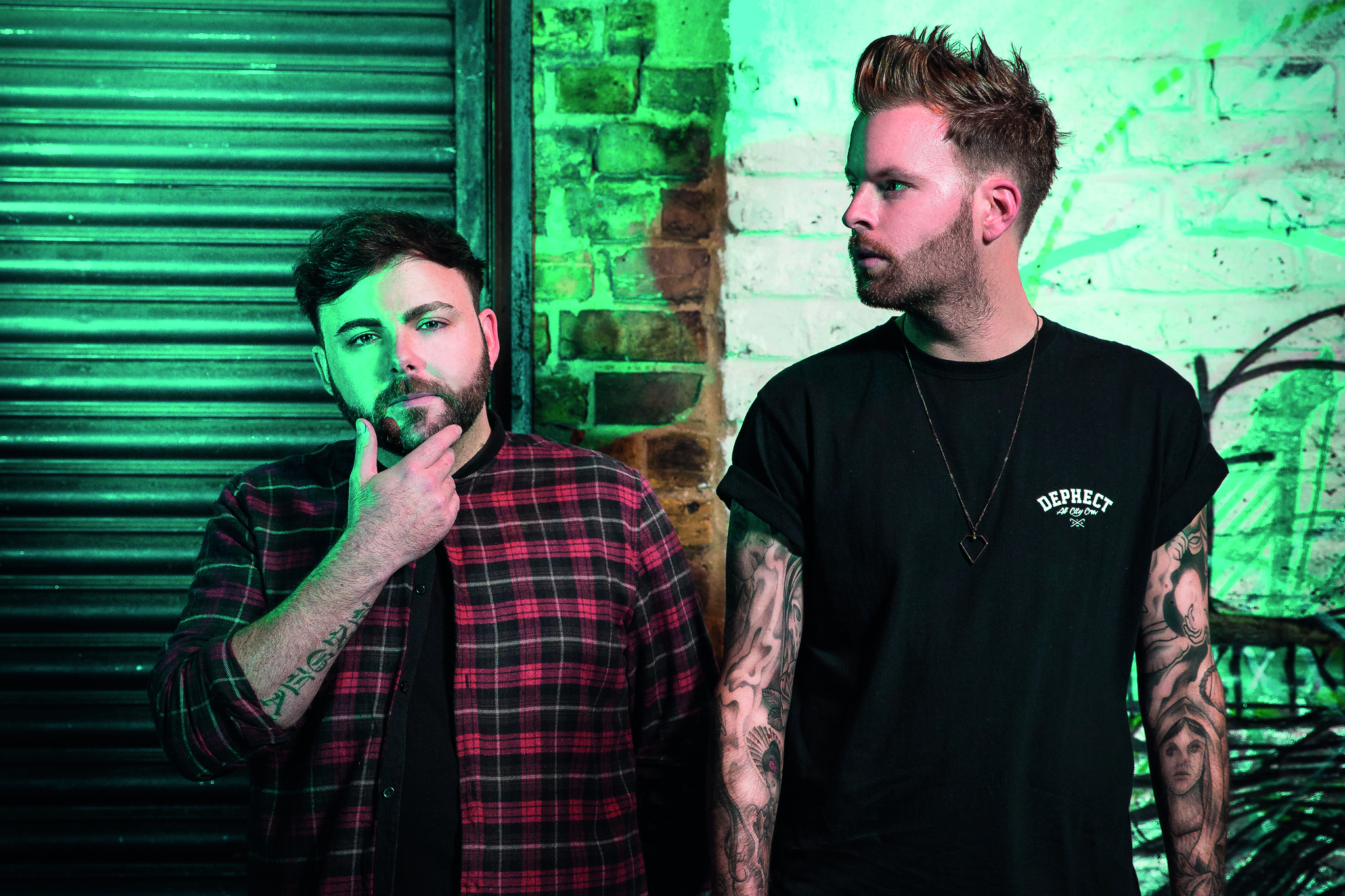 This Birmingham duo have made a name for themselves on the UK’s house circuit with their bassline-heavy bangers equipped with badboy breakdowns built for the clubs. Their recent productions have been getting serious love from across the board including Maceo Plex, Hannah Wants, Carl Craig, Tough Love and more.

Not only have the tastemakers been heralding their work, their summertime smash ‘Feelings’ featuring Nastaly gained critical acclaim at the 2015 UK Bass Music Awards, and they won the award for Rising Star.

Their latest remix of Trav & Volta‘s ‘Paradise’ on Daylight Robbery has been doing the rounds, a dark rave-inspired anthem that’ll be a prized weapon in any peak- time DJ’s artillery. 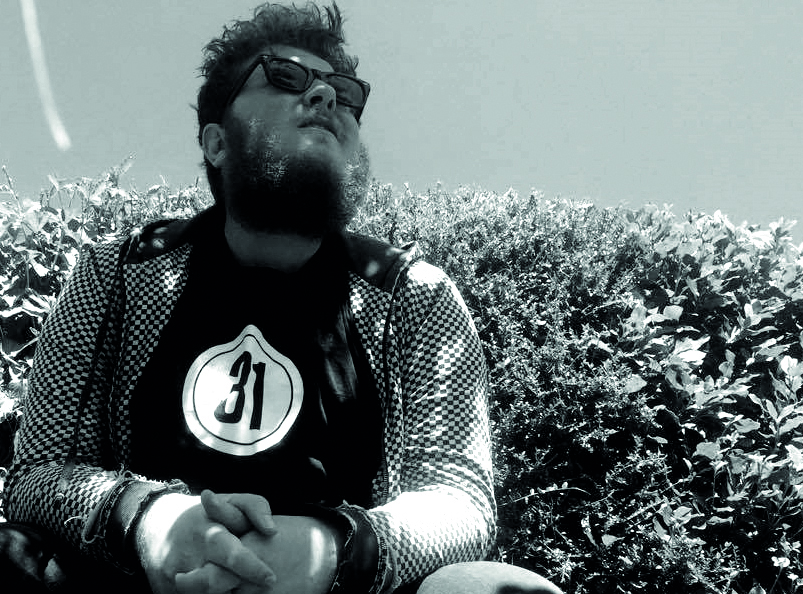 Since launching his Crypticz moniker in 2013, Jordan Parsons has explored a range of bass genres from dubstep to drum & bass.

Mentored by Bristol’s Coleco, his technique has developed quickly, and whilst his sound has moved through multiple phases, a solid backbone of dub basslines connects each release, whether it be jittery juke for Inflect Audio or hazy dubbed-out drum & bass for Sweetbox and ThirtyOne Recordings.

His next release (set for 2017) continues this theme, and while he’s keeping details strictly under wraps, Parsons promises it’s his “most personal and honest release” with no regard for genre boundaries — intriguing stuff!

Next year will also see him perform at Doc Scott’s third Future night, a booking which confirms Crypticz as a hot prospect that’s here to stay. 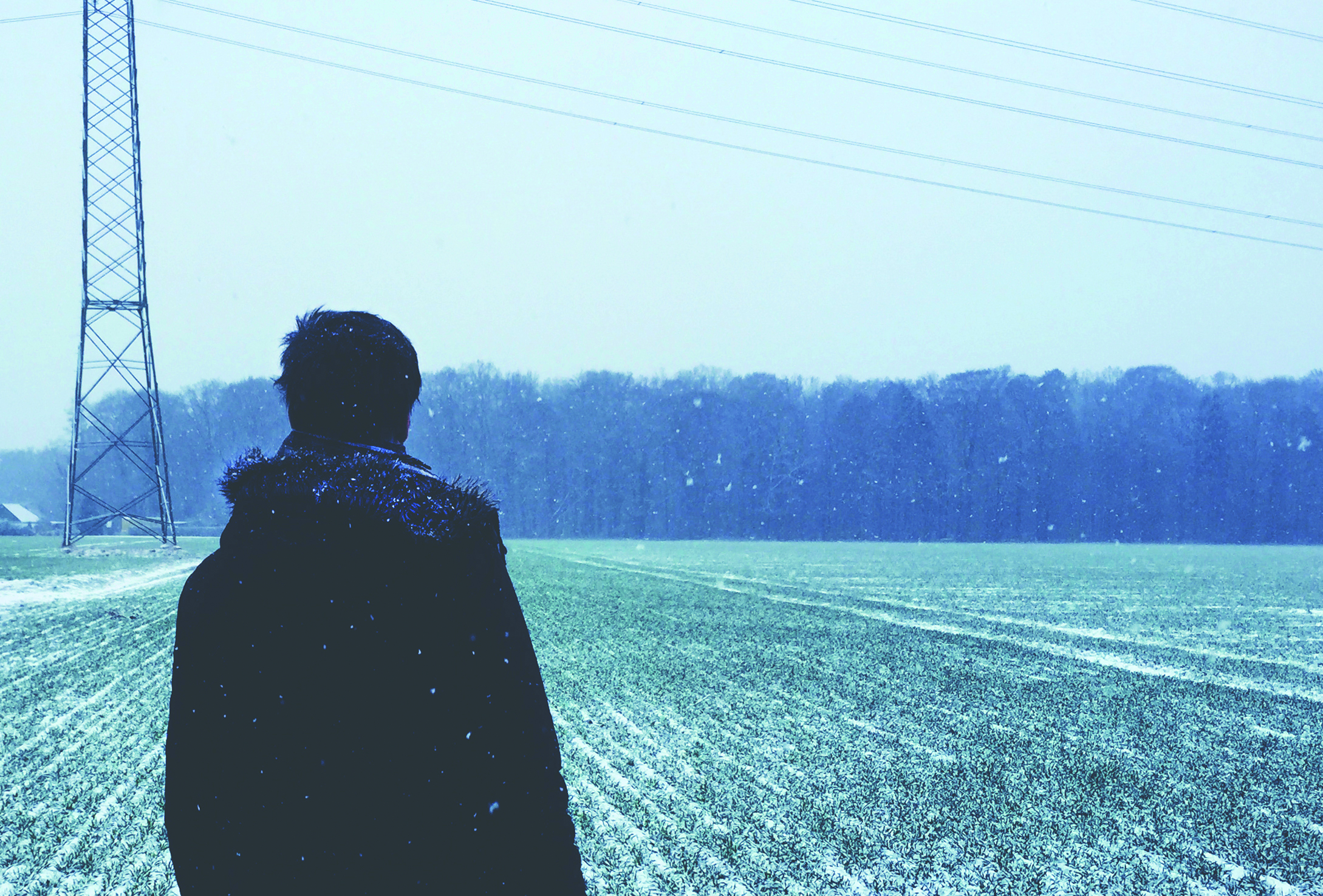 Operating at the outer perimeters of bass music, Matthias Frick, aka Sieren, occupies that ghostly hinterland between genres.

After releases for the well-regarded Project Mooncircle label, and a brace of albums for Shades and Ki Records, this German producer who works for Ableton has been picking up some high-profile patrons.

‘Relicts’ chatters with sparse percussion and an emotive synth figure, while bass warps filter in and out; ‘Rebase’ is an echo chamber of fractured drum breaks, two-step beats and disquieting electronics.

Elsewhere, ‘Neglection’ is a feast of dark techno vibes and stop- start drums. Fans of Instra:mental’s early material or dBridge will be in seventh heaven. 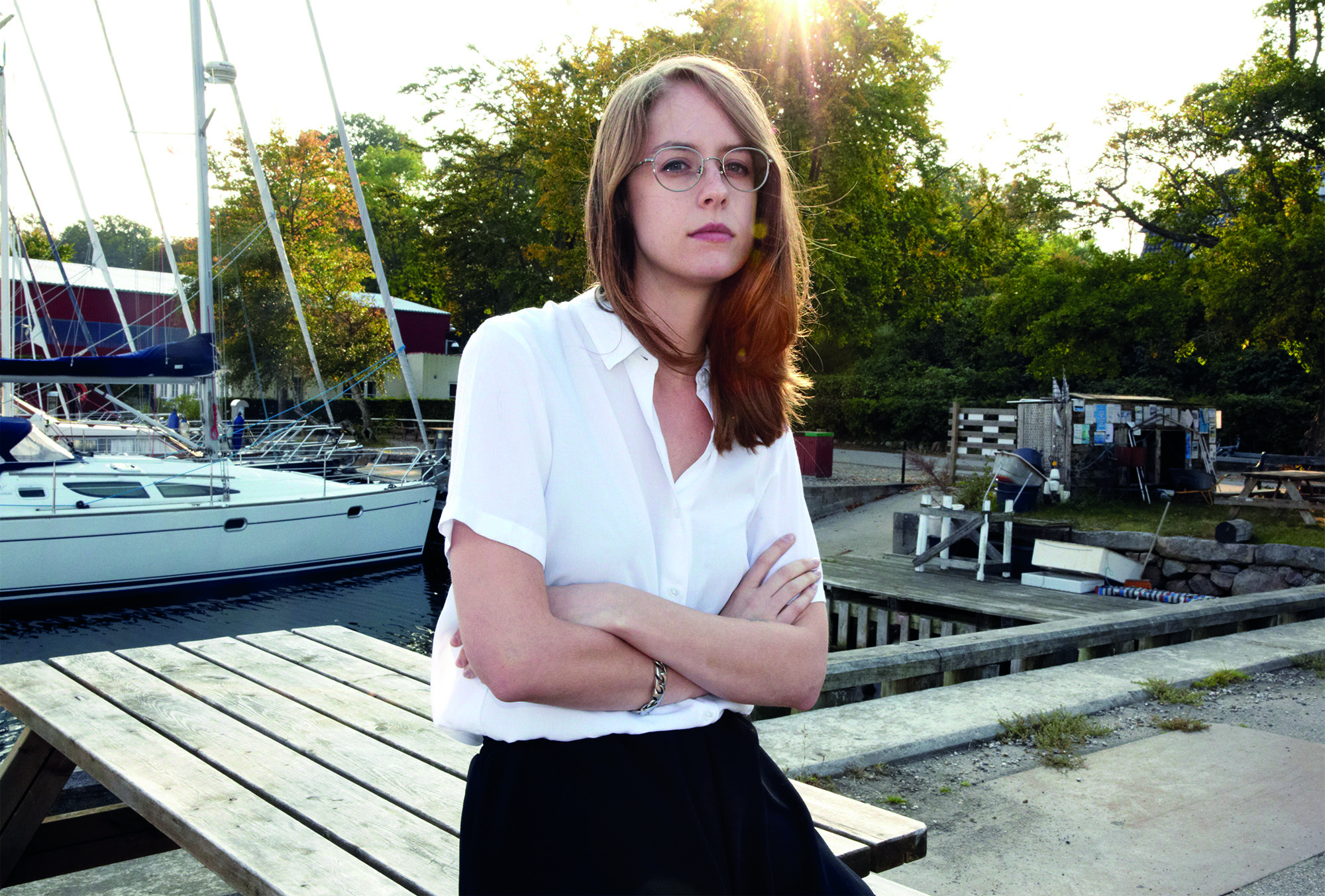 She’s been putting out 12”s on cool labels like ICEE HOT, Spring Theory and Shtum since 2014, but lately it seems that Avalon Emerson’s name is everywhere. Born in San Francisco and raised in Arizona, it’s back in California where she earned her stripes as a producer and DJ, and her sets, packed with exclusives and bootlegs, have seen Avalon invited to play Panorama Bar among other high-profile spots.

Her new EP and biggest yet arrives via Ghostly International’s club- focused Spectral Sound. ‘Narcissus In Retrograde’ bobs and weaves in fine style between abstract techno textures, irresistible, jerky house rhythms, and on EP standout ‘Dystopian Daddy’, classic electro, mangled and funked-up, Maurice Fulton fashion. In short, Avalon has a singular sonic stamp, and a musical diversity that should win her many fans. 2017 will be hers. 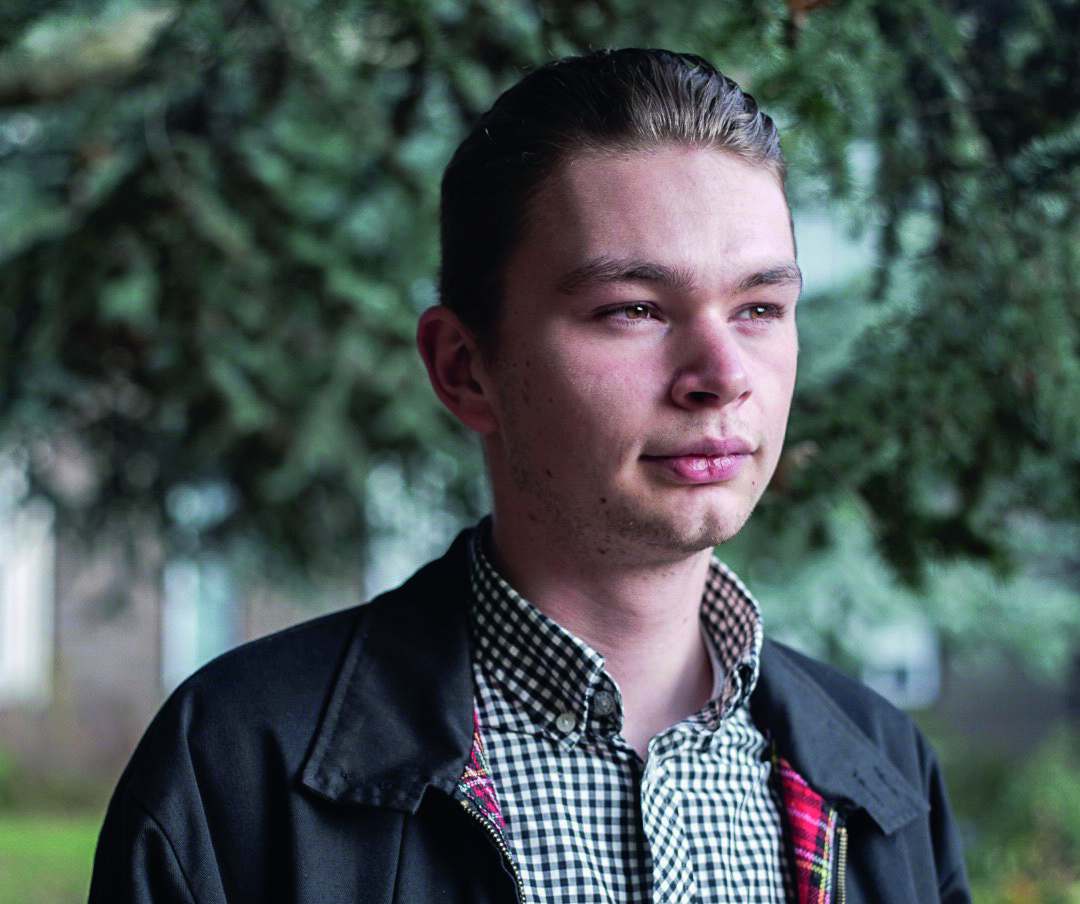 Hybridisation is the name of the game nowadays, that’s what keeps things fresh. But while the mind- fuck instrumental grime purported by the likes of Mumdance, Murlo and the Infinite Machine camp, and the ballsy bass-munching halftime of Ivy Lab et al are all well and good on there own, we’ve been crying... screaming... banging our bloody heads on the wall wondering why so few have bridged the gap. Enter Lakeway.
Signed to the always forward- thinking Diffrent Music, the Londoner is merging the gripping, hollow synths of grime with the adrenal boost of footwork and cut-throat drum & bass attitude.
His upcoming, self-titled EP for the label is as moving for the heart as it is for the feet; a daring collection of tracks that challenge genre tropes at every turn. Get on this guy now or risk being left in the dust as he guns it to 88.
SOUNDS LIKE?

Distal
The future is now 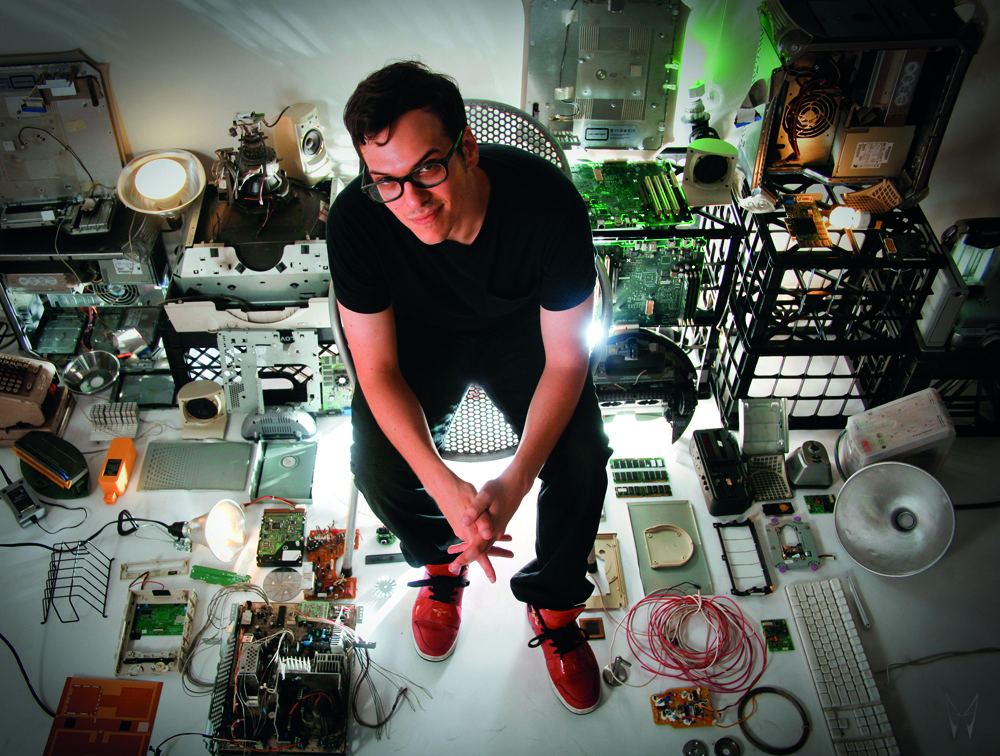 The self-appointed High Priest of the Anarchostar (named after his sci-fi themed Anarchostar imprint), Distal is a diehard futurist.

Making his name via work for Tectonic and Embassy Recordings, the Atlanta producer offered a vision of a machinic utopia in some far-flung corner of the galaxy through his 2014 album ‘Retrograde Space Opera’, throwing down cosmic atmospherics and chunky, oddball groovers. His most recent effort for Montréal’s Infinite Machine sees Distal join the dark side, however.

The razor-edged cyber-grime package offers a rough-cut diamond of abstract brutalism in opener ‘Reebok Blood’, before turning towards the dancefloor (although a splintered one at that) for ‘Hostage Track’.

Jackson Pollock meets William Gibson — this is future music through and through, and it can’t come soon enough. 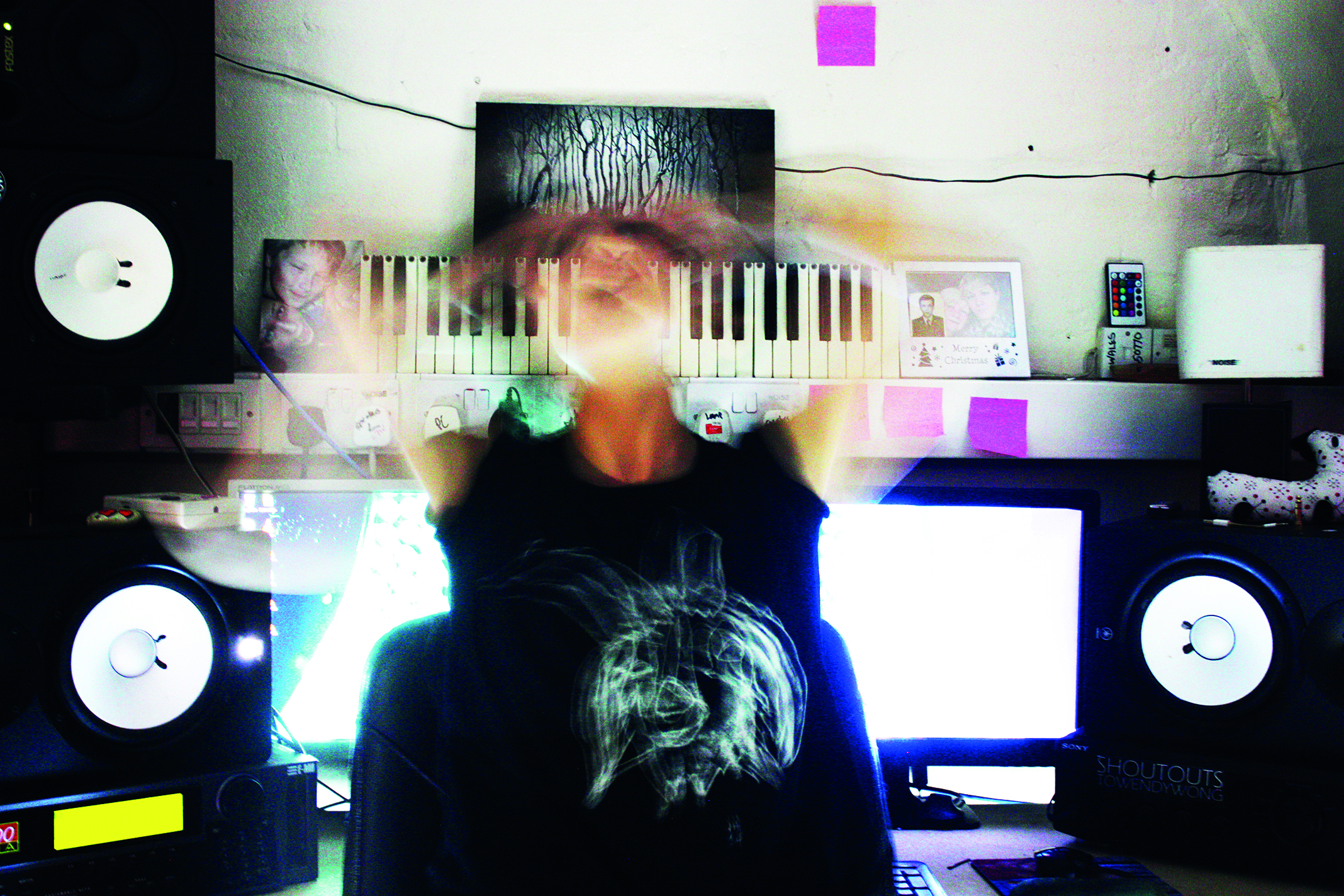 Bristol-based Medika is an artist fully immersed in underground music. Beginning her career back in 2013 with an EP composed primarily of dubstep and 2-step — the result of many a night spent at Corsica Studios while living in South London — she found her calling in the weird world of half-time drum & bass, collaborating heavily with the likes of Mauoq and Dexta, and releasing via Nurtured Beatz, Aluminium Shiny Shin Side Shack Out and more.

Medika pushes creativity at every potential opportunity; 2015 saw the self-release of her ‘Medikation’ LP via Bandcamp — an 18-track collection of experimental bass beats, vocal explorations and hyperactive footwork; she’s started producing music videos for the likes of Critical Music and Rupture London; and her Noise Test club- nights offer a space for others to try out new dubs on lucky punters. Ever more involved in the fabric of bass culture, expect to hear a lot more from Medika come 2017. 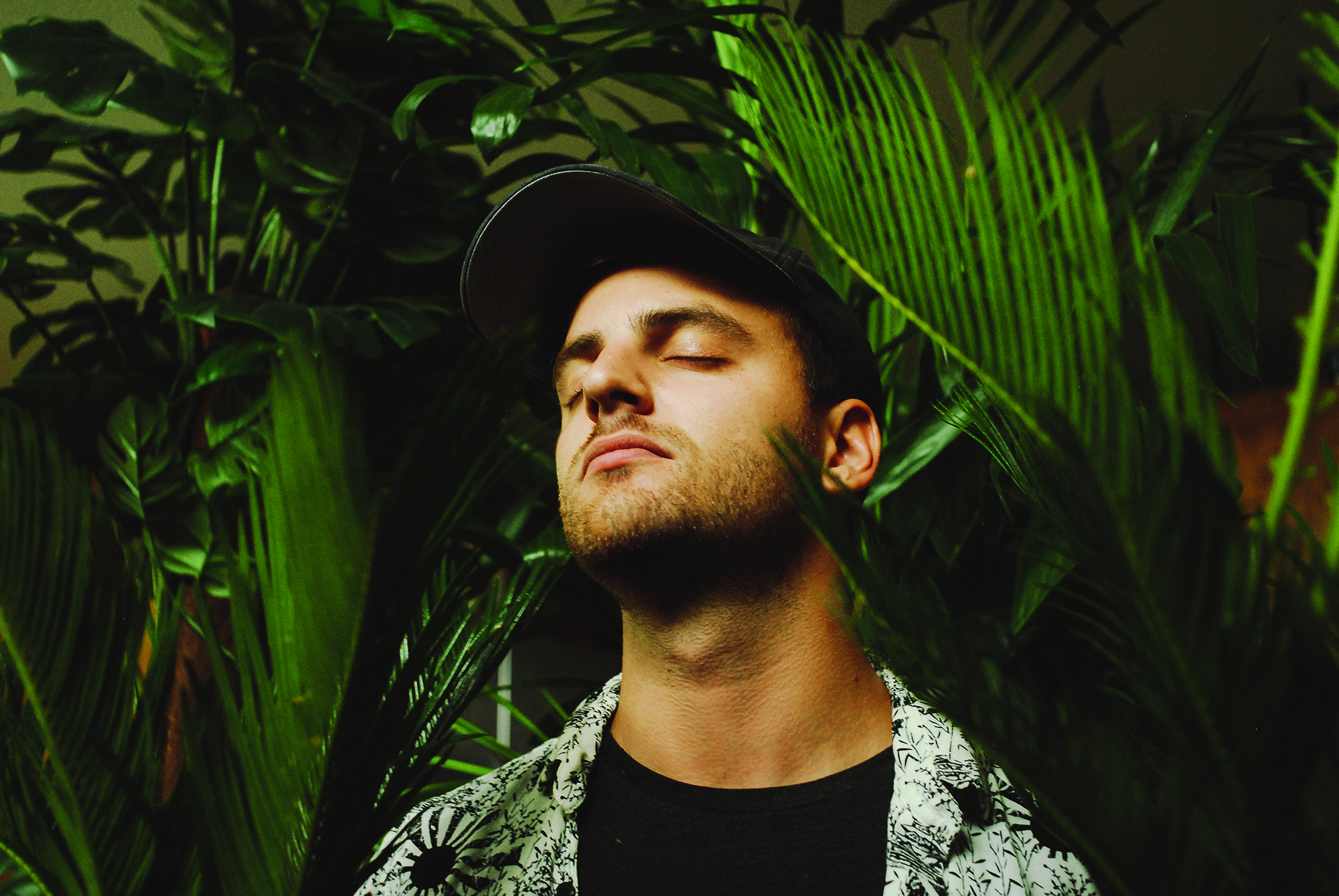 He’s built up an impressive catalogue over the last five years via a multitude of highly respected labels; Dirt Crew, Let’s Play House, Needwant and Andy Hart’s Voyage Recordings to name a few. His latest endeavour is his ‘Air Pacific’ EP on the charmingly stylish New York label Casine. Urulu delivers a blend of dreamy analogue sounds, uplifting disco samples and luscious chords aplenty. It might be winter in his new hometown of Berlin, but his productions are bottled sunshine.