Major Lazer, naturally, are headlining, with Baauer, Dillon Francis and Zeds Dead included in an intriguing electronic group, while Pusha T, Miguel and breakthrough star Billie Eilish stand out from a pretty exciting rap and R&B enclave. Check out the fulle line-up below.

With Diplo suggesting Major Lazer's next album will be their last, TSMUGMDBP (trying slurring that after a few drinks) might be one of the last opportunities to see the trio before their split.

The festival will take place at the Gillette Stadium in Foxborough, Massachusetts, 20th-21st July, with tickets going on sale Friday April 10th 10am EST. 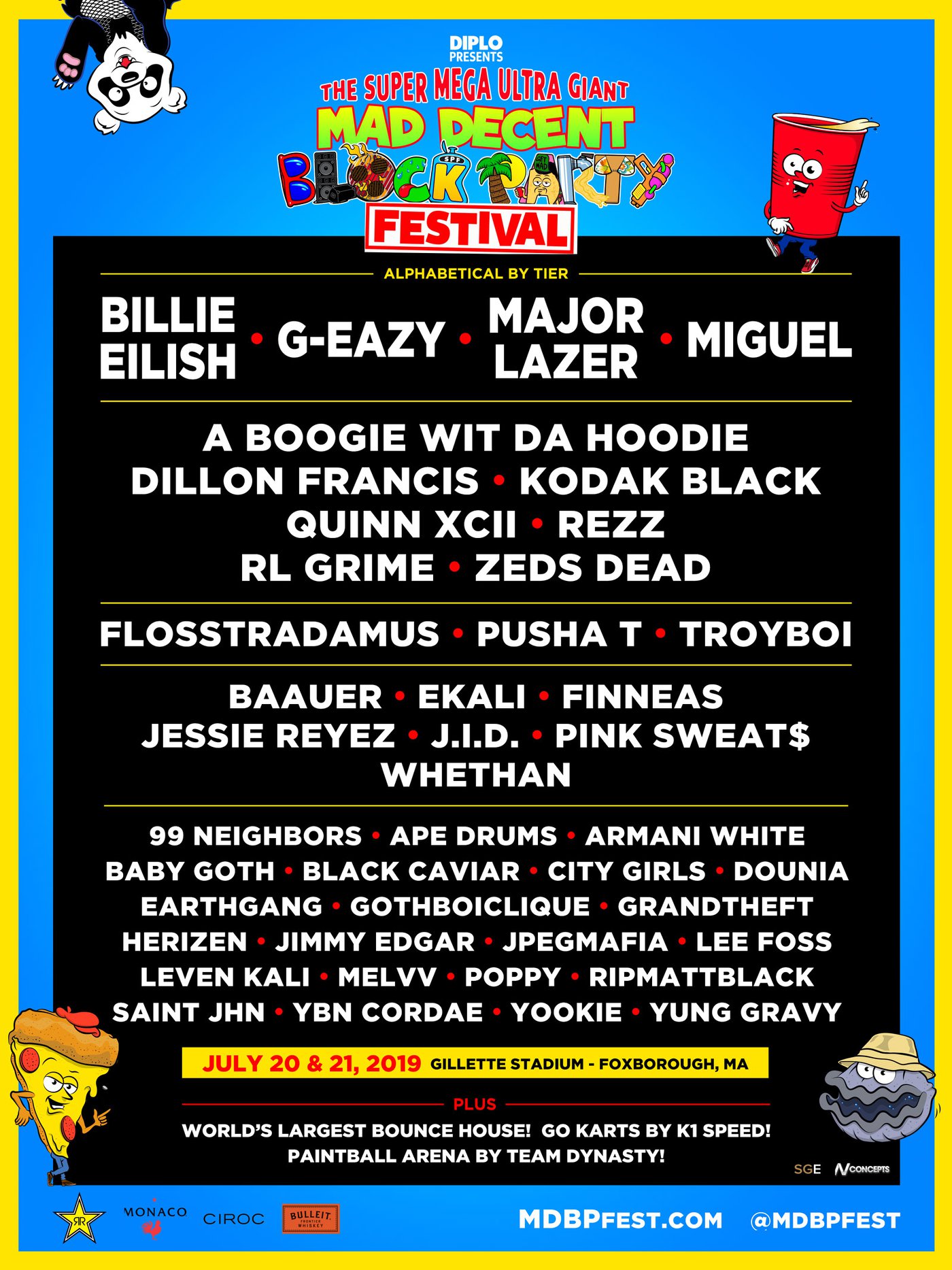