Egg LDN has risen to become one of the UK capital's top clubs in recent years, offering the best in house and techno week in week out. Now the rest of the world will get a taste of the action as the venue announces its 3D London world tour!

Hosting eight nights across the globe, the series kicks off on Friday 3rd March at Club 88 in Campinas, Brazil with none other than legendary native, Gui Boratto.

Following dates include Doorly at Atlanta's WildPitch, Kobosil and Vatican Shadow in Utrecht, dOP live in Frankfurt, Pig&Dan playing both Barcelona and San Francisco before another Brazilian favourite, ANNA, rounds off at Indigo club in Istanbul on Saturday 29th April.

But that's not the end, as the 3D London tour will return for a special show at Zoo Project Ibiza on Saturday 9th September.

For more info and tickets head to the Egg LDN website. 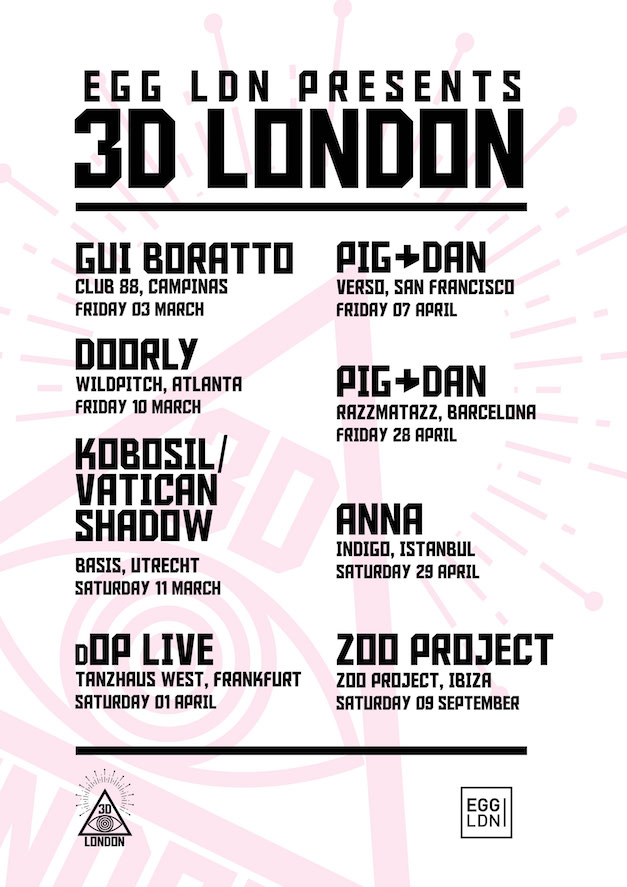