Role-casters are looking for people aged between 18 to 30 to appear in a film about legendary Manchester institution, The Haçienda.

A casting agency in Manchester wrote in their advert that they were "looking for talent for a film about the 90's music scene in Manchester. This is paid assignment to be filmed between 20th January and 21st February. There will be some large crowd days recreating scenes in the famous Hacienda."

The advert also advises those applying to send a photo with the application wearing a baggy jeans and a t-shirt if they're "unsure" what to wear. Males applying should preferably have a haircut that is "stylable/cuttable to that area."

The film's title is yet to be announced, although it has been revealed that a biopic of Happy Mondays frontman Shaun Ryder is currently underway. The band were frequently billed at The Haçienda, alongside other iconic acts of the time, before it closed its doors in 1997.

Manchester City Football Club and Puma unveiled the new 2019/20 season football kits earlier this year, which are inspired by The Haçienda.

In 2017, photographer Peter Walsh released amazing photos from the bygone era of The Haçienda to celebrate a talk at The Subculture Archive on Carnaby Street.

Check out the casting call below. 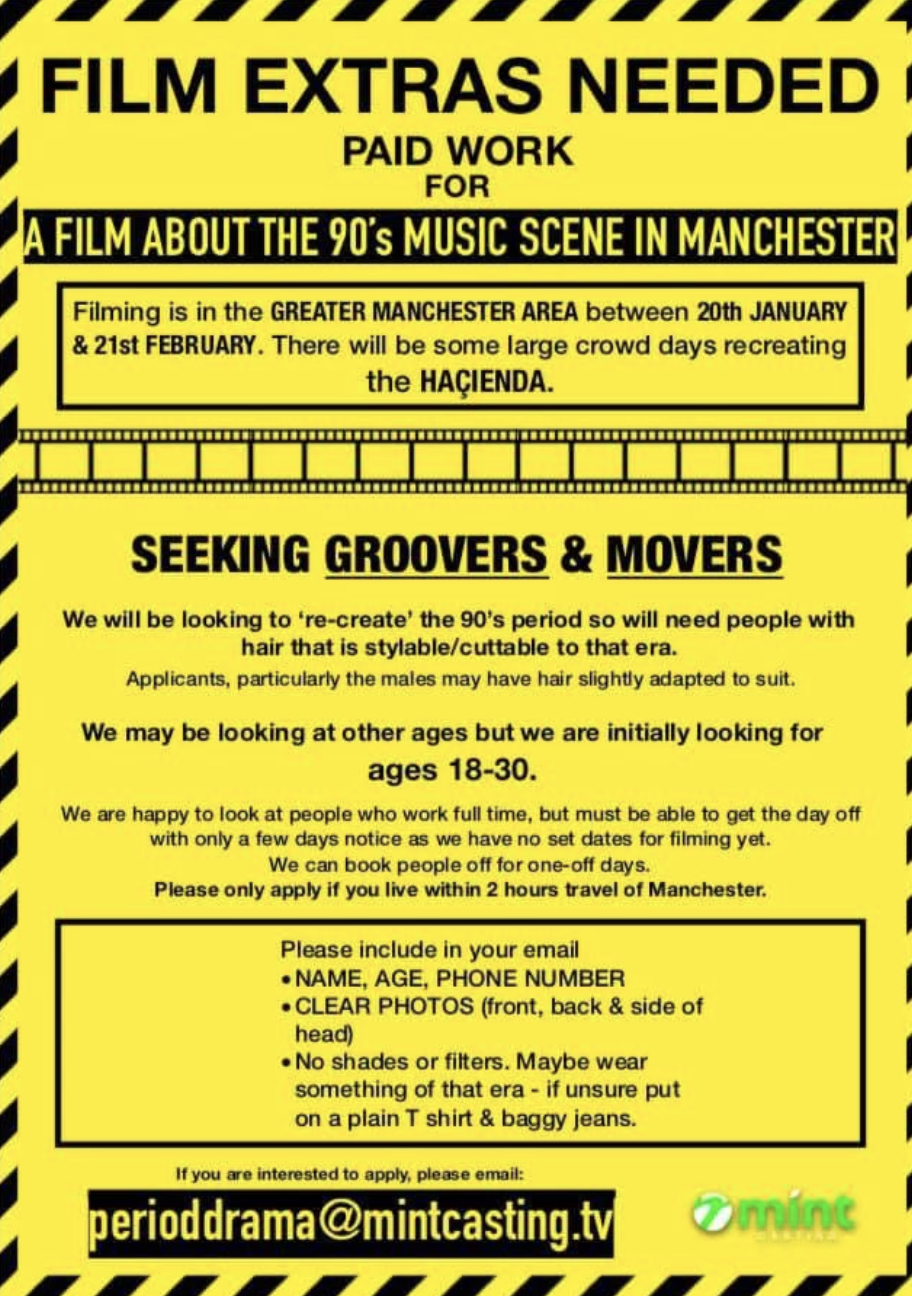