Hï Ibiza has confirmed 2018's Glitterbox season, the venue's Friday night session dedicated to 21st Century disco and general glam antics, which kicks off on 1st June and will run weekly through to 28th September.

To make matters impossible to resist, in addition to news of another Black Coffee residency and the return of Eric Prydz to the club, Hï Ibiza recently announced a new pricing policy, which means Super Early Bird tickets for all events will be available at €20, substantially less than the island average. Glitterbox, meanwhile, is also releasing a compilation album next week— Friday 23rd February— featuring swag from the likes of Gwen Guthrie, CeCe Rogers, KiNK, Midland, and Sylvester. 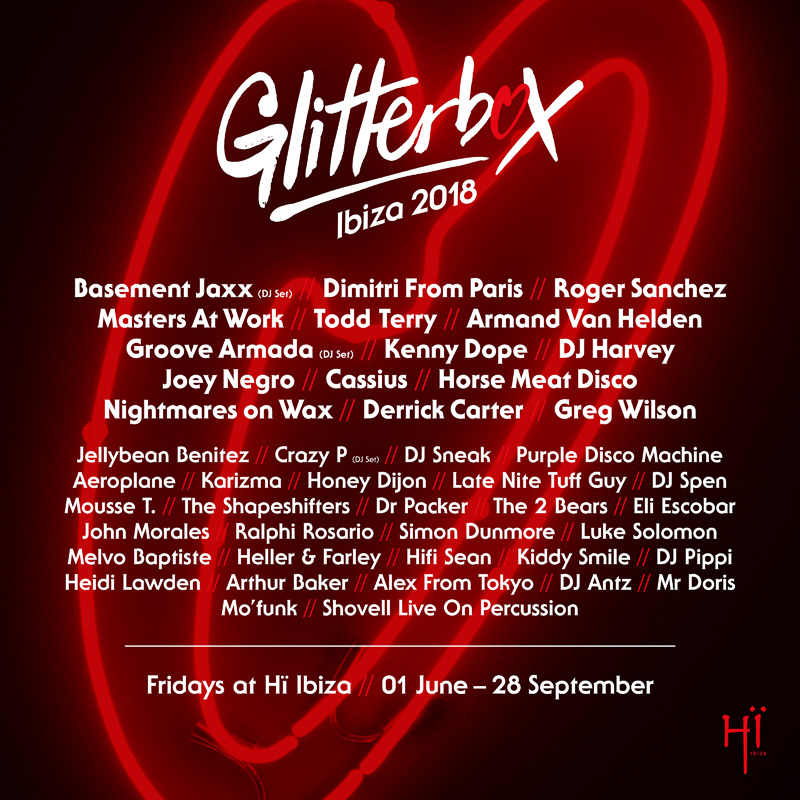 News
Watch a new documentary on the power of dance music, titled Where Love Lives, this week

Tech
Derrick Carter is selling his studio gear including a 909, 303, DX7 and Minimoog