Hydeout: The Prelude locks Alison Wonderland, Above & Beyond, TOKiMONSTA, Afrojack, more for virtual events this month

Hydeout: The Prelude has revealed the second phase of its immersive digital musical experience.

Hydeout: The Prelude is a new digital concept revealed by Singapore's Hydeout festival in January, presenting 40 episodes (performances) from across a variety of genres. The online events span three different worlds, HydeCity, HydeIsland and HydeEscape, with over 20 stages including Aqua Sphere, HydeAlley, Pandemonium, Sanctum, The Arch, and The Mirage, plus other secret on-location stages in HydeEscape.

Now, the festival has announced it will begin Phase Two on April 11th with some of its most impressive shows to date, with the likes of Australian DJ/producer Alison Wonderland, trance icons Above & Beyond and LA-based artist TOKiMONSTA all confirmed for performances within Hydeout's digital universe.

Elsewhere, Armin van Buuren, Fedde Le Grand, Martin Garrix and Charli XCX are also confirmed for live shows throughout April and May, with performance episodes from both phases available on-demand with a Hydeout pass.

Alongside the performances, viewers, aka The HydeTribe, will be able to fully customize their party avatars and test their skills in three different games. Hyde.Hoops offers the chance to shoot some virtual hoops, Hyde.Attack will get hearts racing in an energetic game of dodgeball and Hyde.Chef is set to get mouths watering as users will serve guests traditional Singaporean dishes in a fast-paced memory game. Competing against other users from all corners of the globe, subscribers can win Hydecoins, giving them the opportunity to purchase additional episodes and avatar skins.

The full Hydeout experience is available with a Season Pass for USD $49.90. With multiple new episodes to enjoy every week, users will have unlimited playback views for 5 days upon first play. Fans can also access the platform when they register for a free Pay As You Go Pass on hydeoutworld.com. Season passes are also available on Hydeout’s Official Ticketing Partners sites at Klook and Festicket.

Check out the full list of scheduled shows below. 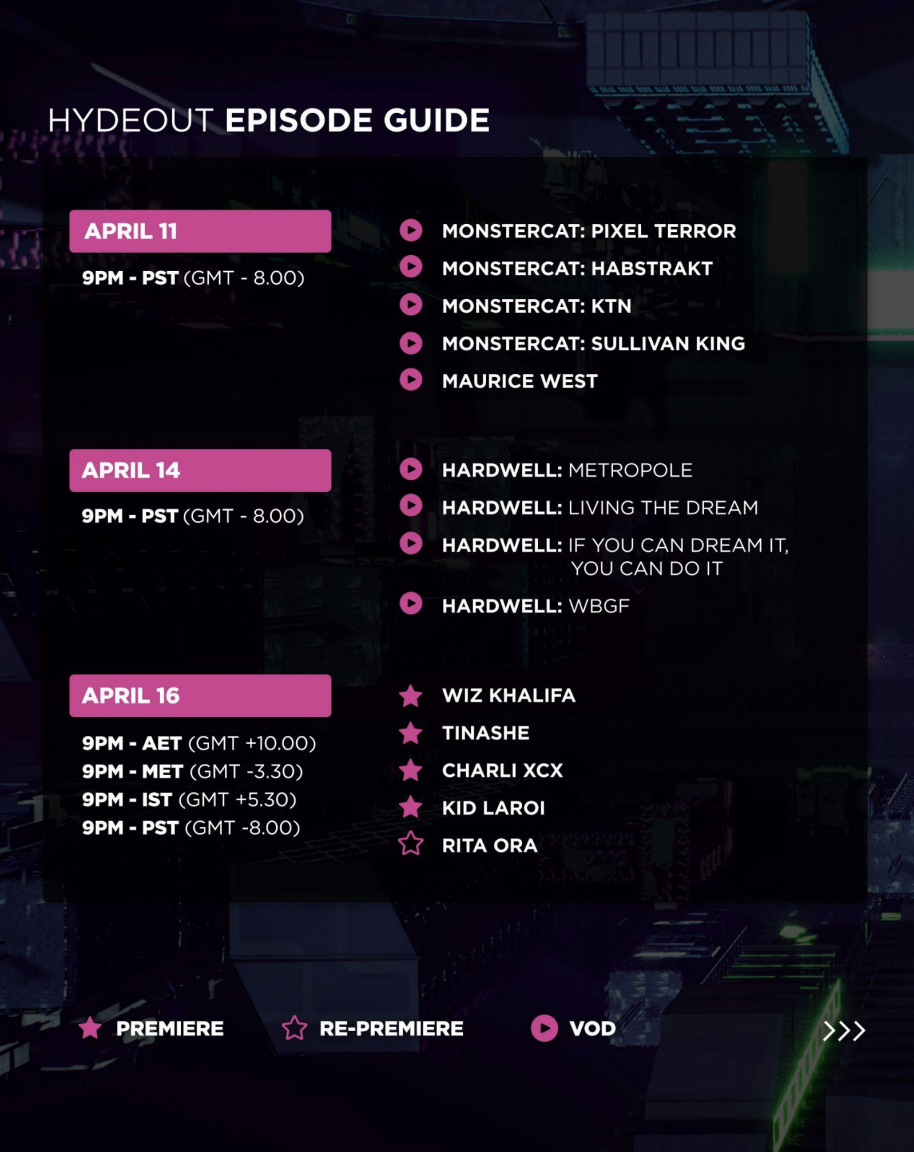 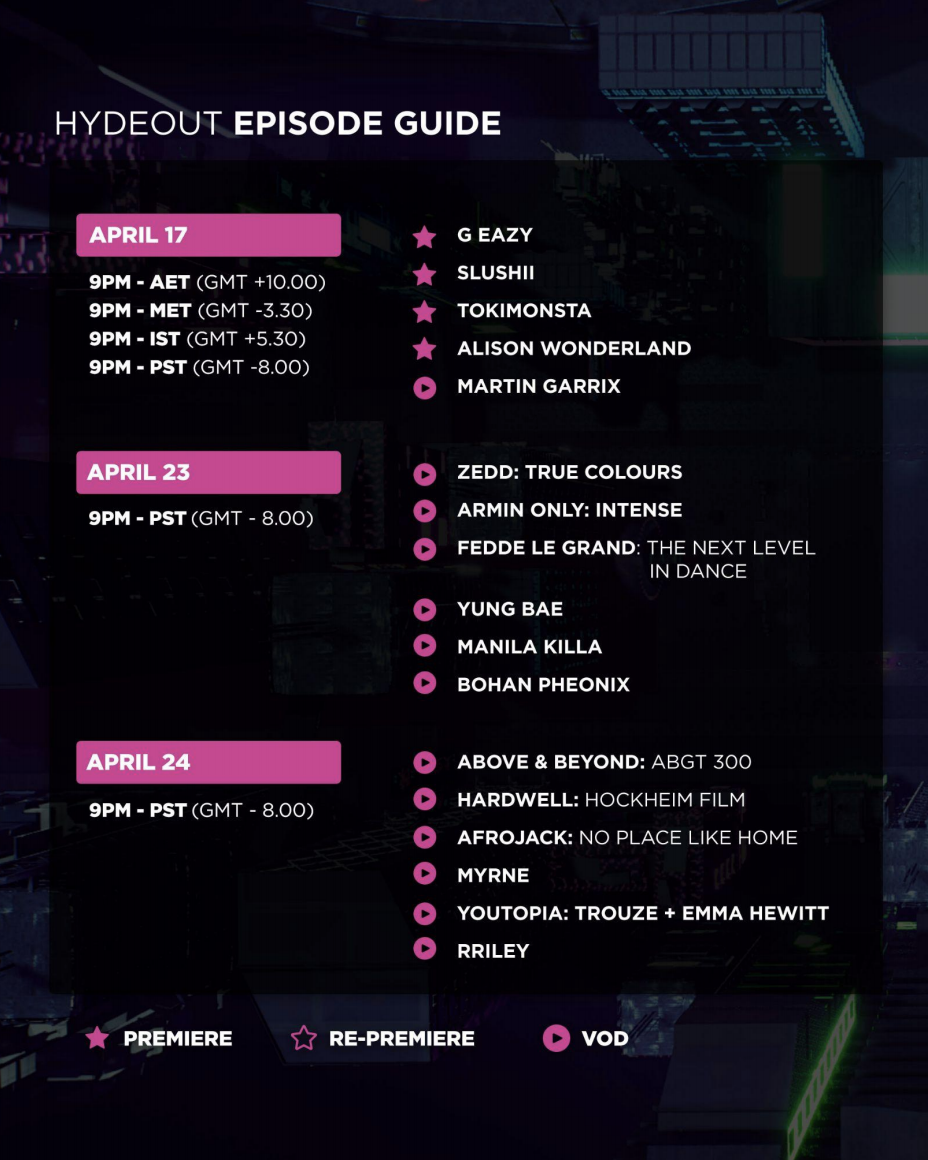