The broadcast starts at 10am EST (3pm GMT) on Saturday 31st December, with Deorro manning the decks. Each DJ then provides an hour mix, with the marathon wrapping up with Mako at 5am EST (10am GMT) on New Year’s Day.

Steve Aoki, Dimitri Vegas & Like Mike, Above & Beyond, Nervo, Krewella and The Chainsmokers are also set to provide mixes.

Garrix, who is set to spin at 10pm EST (3am GMT), released the sixth episode of his behind-the-scenes documentary series, The Martin Garrix Show, via his YouTube channel earlier this week.

You can see the full schedule for the 20-hour New Year’s Eve DJ marathon below, and tune in on the iHeartRadio website. 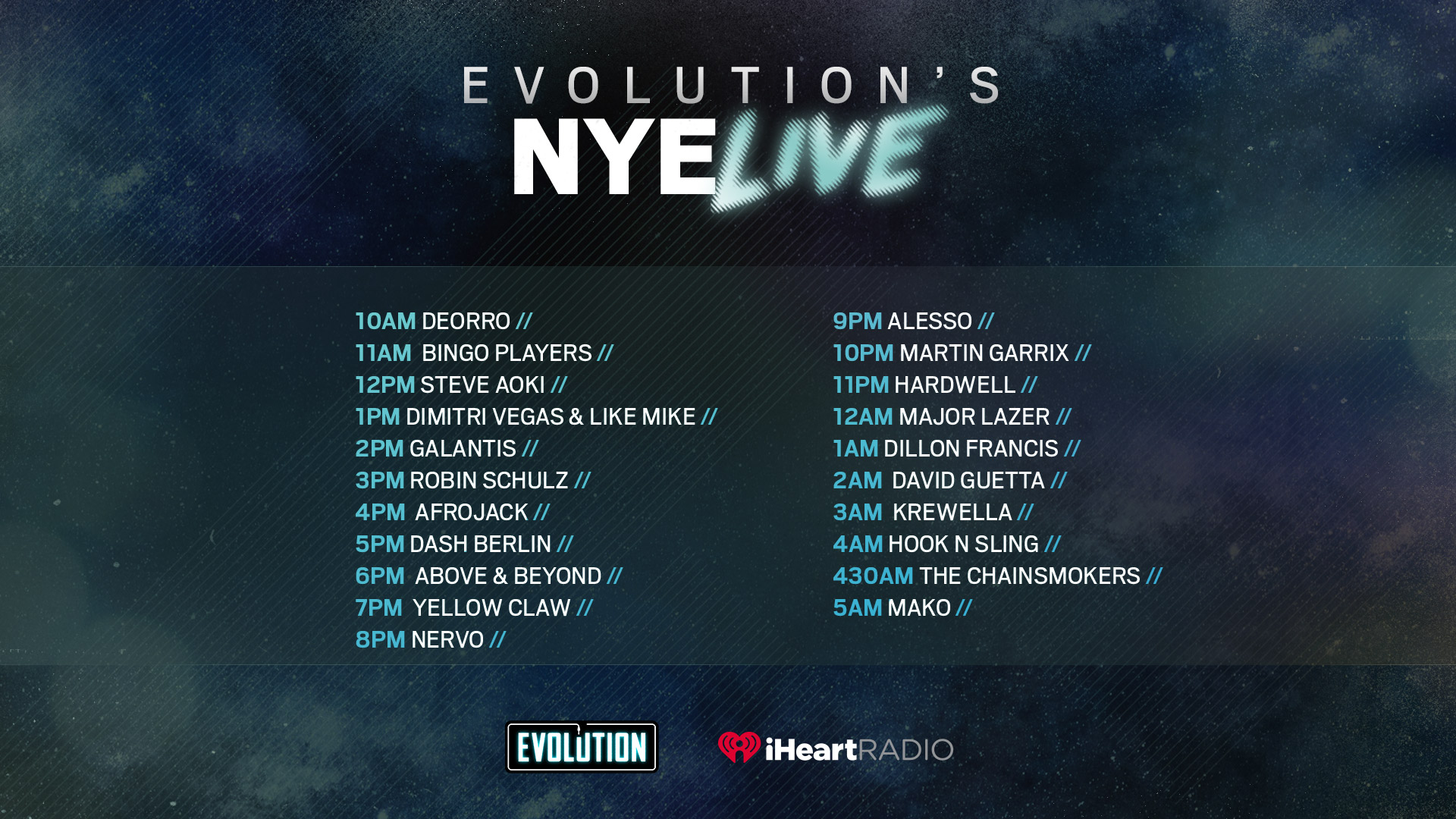