Dutch EDM star Laidback Luke has confirmed he will perform two exclusive techno sets at Eden this summer for Taste The Punch.

The two exclusive sets — which are scheduled for Friday 30th June and Friday 28th July — will be the only techno sets Laidback Luke will perform on the White Isle this summer.

The two shows represent a rare opportunity to hear Laidback Luke showcasing his love of techno which dates back to the early 90s when he cut his teeth as a techno DJ in his native Holland.

Speaking about sharing his love of underground techno for Taste The Punch at Eden this summer, Laidback Luke said: “I’m bringing it back to my 90’s roots, keeping it abstract and underground, bringing you the sound from when I first started out as a techno DJ. This was the sound I was playing when I first set foot in Ibiza.”

Taste The Punch’s Dean Shields reckons the two shows will be "some of those Ibiza moments that get talked about for years to come.”

For tickets and the full Taste The Punch line-up breakdown head here.

The thing with the techno sets is that I'll keep it so underground, I'll even stay away from techno hits. I'm doing these for me! 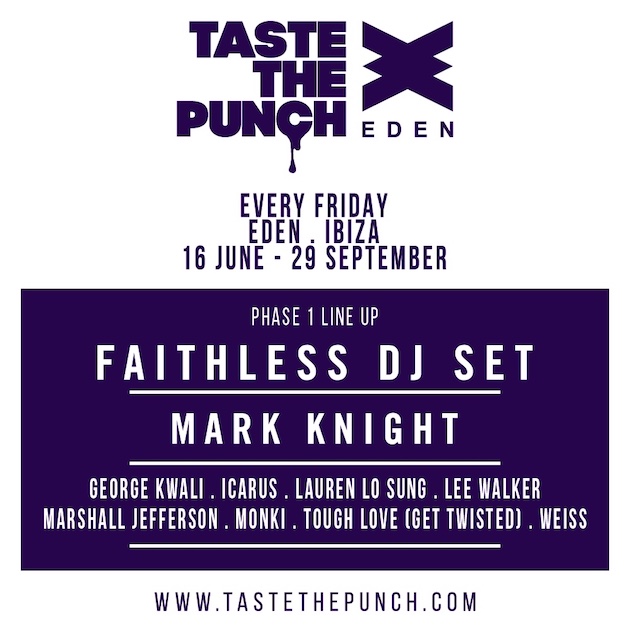