MADE Festival, scheduled for Saturday 29th July 2017 at Birmingham’s Digbeth Triangle, has announced its phase two line-up consisting of High Contrast (live), Shadow Child and Charlie Sloth, along with many others.

Following the second wave announcement, festival director Pete Jordan said, “Alongside the team at The Rainbow Venues we’ve evolved the festival site, bringing in exciting new creative production from local experts Stax Creations and further art installations from the team at BabMag as well as utilizing brand new venue spaces within the Digbeth Triangle. With further expansion, still to be announced, MADE Festival will be an experience unlike any other in the UK this summer.”

Joining the arts programme are Birmingham’s sub-culture buffs, BabMag, returning to curate the street art component of the event. A selection of art from Midlands young artists along with live installations will grace the festival grounds.

View the MADE Festival roster below. Click here to purchase tickets. 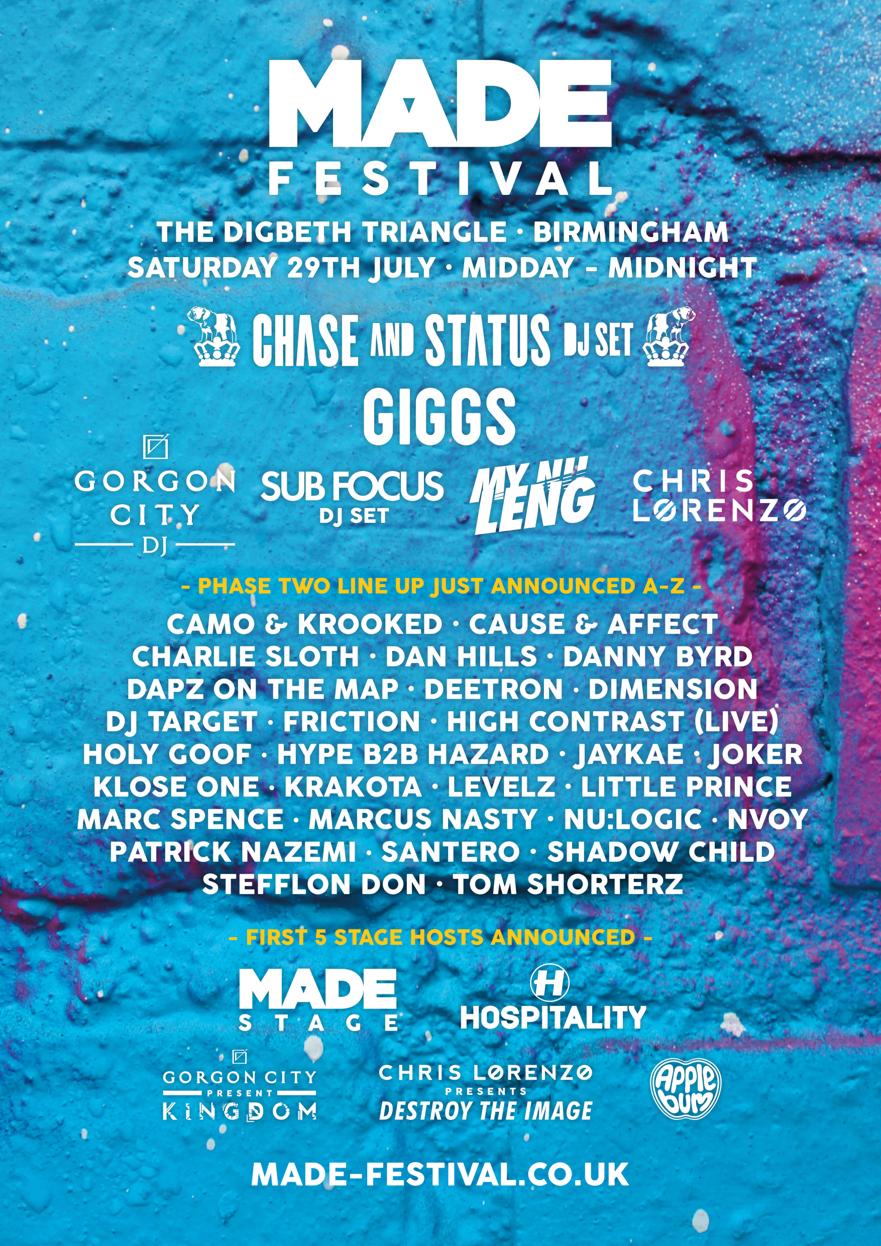 Get To Know: Unglued

Features
Get To Know: Harriet Jaxxon