Major Lazer will perform a handful of intimate shows in Europe and the UK next month.

Following the surprise drop of their 'Soca Storm' EP in January, Major Lazer have now revealed a five day, 14-show marathon tour across Europe and the UK.

The trio, made up of Diplo, Walshy Fire and Ape Drums, are used to playing headline slots at festivals infront of thousands, but will perform at intimate venues in five cities from March 26th to April 2nd.

The first three shows take place in Berlin, at MS Rhein, Yaam, and Bitter Rutzke, before the trio head to Cologne, Dortmund and Wuppertal. They'll also appear at three more venues in Amsterdam on March 28th.

April 1st will see Major Lazer perform at Peckham's Rye Wax, before heading to 300-capacity venue Orange Yard, and finishing up the UK leg of the tour in South London venue Omeara. The final two shows will take place in Paris on April 2nd. 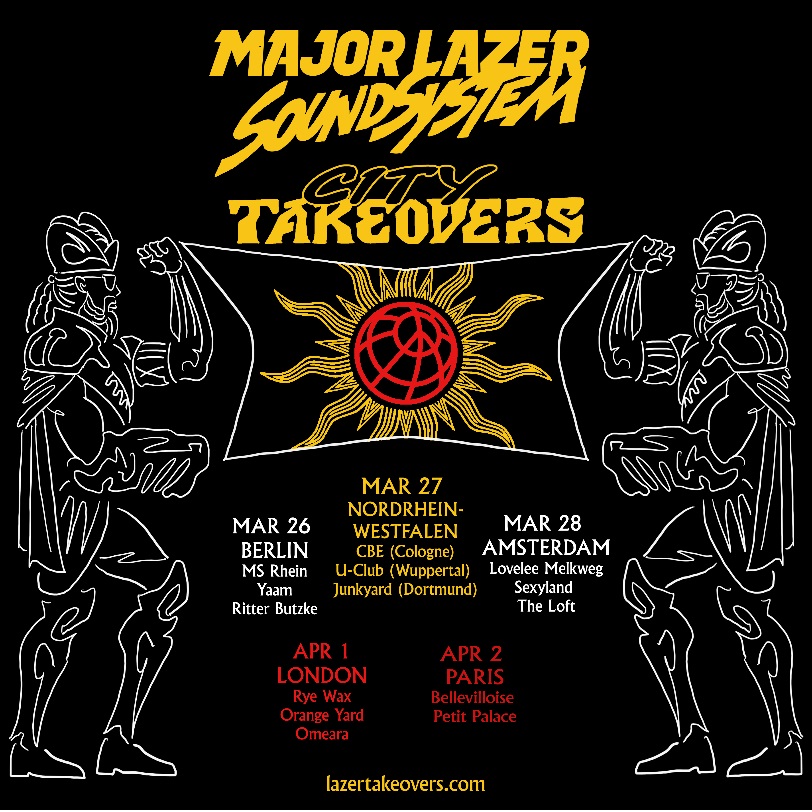